What do Béatrice Dalle, Charlotte Gainsbourg, and witches have in common? Dalle might say it’s the mark on their earlobes. Anthony Vaccarello, Saint Laurent’s creative director, says that working with legendary French actresses Dalle and Gainsbourg was one of his “inner darkest fantasies.” The duo stepped on screen as themselves to discuss the craft of filmmaking behind the feature that is Lux Aeterna. What leads to the conversation is Dalle’s directorial debut of a project that she’s cast Gainsbourg to star in. After the two have worked through the existential questions that arise in such an industry and whether they might be witches, the plot pivots to an on-set production. With flashing neon lights and equally intense music, chaos ensues. The film ends with Gainsbourg experiencing a “real-life” meltdown which is ultimately the type of emotional agony Dalle is after.

The fourth instalment for YSL’s Self project, Lux Aeterna was directed by Gaspar Noé and follows in the steps of its predecessors, continuing to provide commentary on society while highlighting the intricate nature of being human as seen through the eyes of artists. The film debuted at midnight this weekend at the Palais in Cannes. “Gaspard is one of the most talented artists nowadays. I always admire his work,” shares Vaccarello on his selection of the Argentinian-French filmmaker. “It was an instinctive choice to me. I like his narrative approach, the whole process. We talked about experimental movies from the 1960s and 1970s, especially the ones from Kenneth Anger. The only thing I asked him was to improvise a story.” 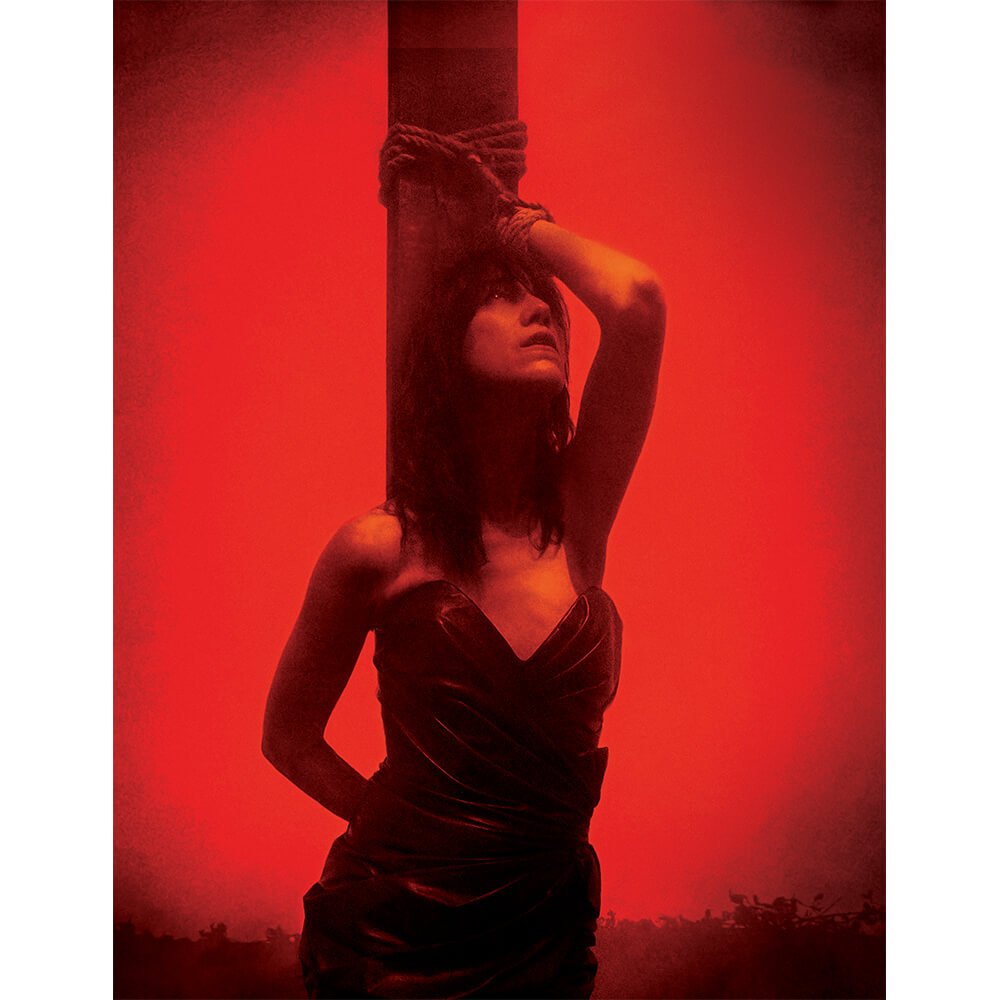 The 50-minute film shown in a split screen, one half focused on Dalle while the other captures Gainsbourg begins with a conversation regarding the burning of witches. Dalle explains how a cut earlobe once served as a visible symbol for witches to identify one another. “Outside, easy to see,” she shares while gesturing to a mark on her own earlobe. If a woman was seen with the presumed telltale sign, she could face being burned at the stake. Gainsbourg leans forward to inspect the mark and  dismisses Dalle’s claim to possessing a cut, and a claim to the coven, but playfully assures her saying: “but you do have pierced ears.” Through talks of witchcraft and then a depiction of a film undone, Gaspard presents an electric essay about beliefs, the actor’s process and the art of filmmaking.

Lux Aeterna follows The Arrangement, Bret Easton Ellis’ short film about love and lust that takes places at a Beverly Hills townhouse. Before that, there was Vanessa Beecroft’s leggy photo wall which was put up in Miami’s Design District by the performance artist for this year’s Art Basel. The steadily growing roster of projects produced under Self is bound together by a shared focus to highlight the unabashed confidence, individuality and self-expression that make up the Saint Laurent attitude. While the full film has only been shown at Cannes, a short clip of Lux Aeterna has been released on Saint Laurent’s Youtube page for your viewing pleasure.

Saint Laurent Are Bringing ‘Self’ to Art Basel in Miami, Courtesy of Vanessa Beecroft

Zlatan Ibrahimović Talks Us Through His New Dsquared2 Collab