Where The Heart Is: Legendary Stylist Giannie Couji Tells Her Philosophy on Life 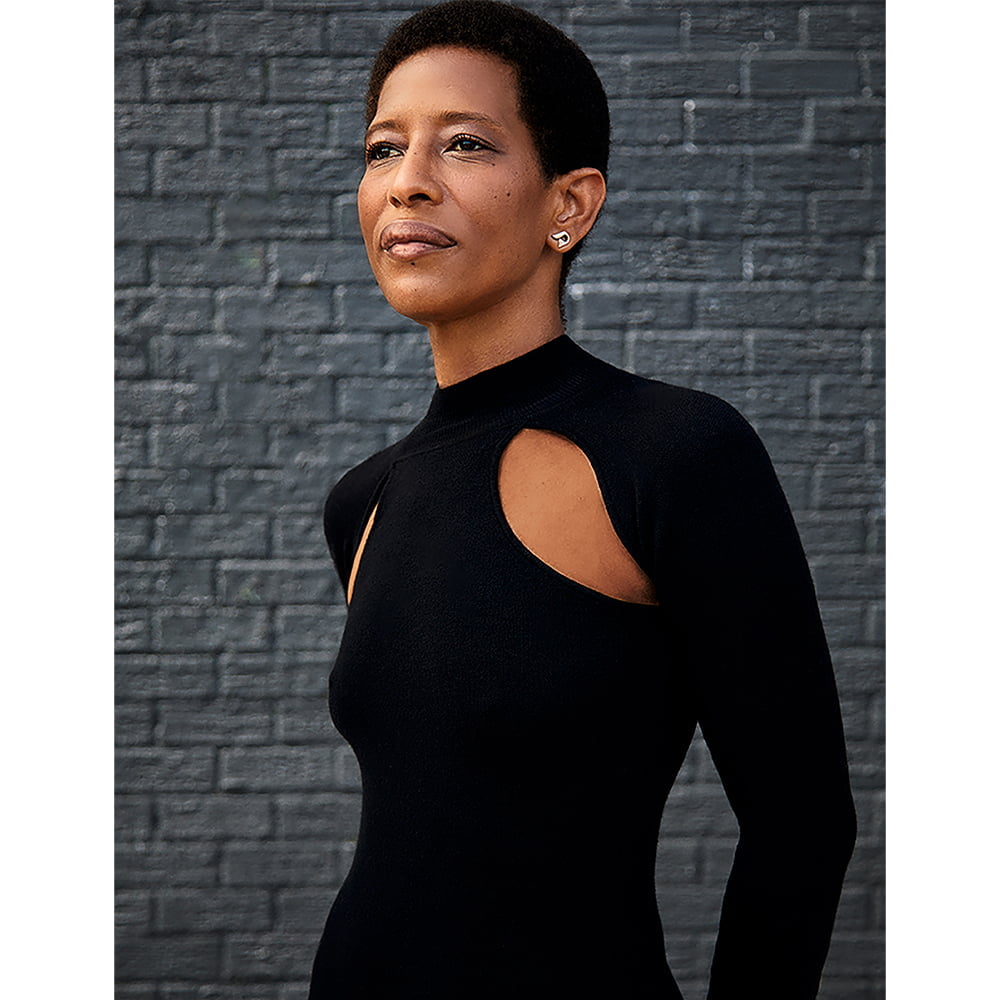 When it comes to inclusivity in the fashion industry, Giannie Couji has always led by example. The stylist and founder of multicultural high-fashion magazine ‘Ubikwist’ is as well dressed as she is well read and has the kind of charisma that draws people in. When Couji talks, you listen. And when Couji posts, you learn – her Instagram is a witty commentary on politics and protest. Fearless and funny, the New York-based creative explains her philosophy on life, work and activism.

I was born on a small Caribbean island called Martinique, which is a French colony. My mother was an accountant in Paris, so I was raised by my grandmother until I was 13. It was idyllic. After school I used to go to the beach. We would sleep with the doors open and we never locked them. You can’t do that now. My grandmother was a huge influence on me. She had six children but had a tiny couture body. She was so skinny, but she was fearless, like a female Indiana Jones. I remember one night she came back from the store with a huge snake that she’d found on the way home. She was not afraid of anything and she was very outspoken. If she didn’t like someone she would let them know. I’ve inherited that. If I see something wrong, I will call it out.

One of the first times I was exposed to racism, I was 18 or 19, and it was summer in Paris. It was a gorgeous day. I was walking along the street and I had on a beautiful dress. But then, someone grabbed my ass – not lightly. I turned and I saw this man and I was so shocked because he was old enough to be my grandfather. I looked at him and said, “How dare you?” And he said, “If you’re not happy, go back to your fucking coconut tree.” I thought, “What do I do? Do I punch him, because if I punch him, what people are going to see is an angry Black woman punching an old white guy.” I thought I’m not going to punch him, I’m going to confront him. I called him a racist pig basically. I told him that he was disgusting and I reminded him that I was young enough to be his grand-daughter. He was so shocked. I think of my grandmother when I tell that story because I get my sense of being fearless from her and my sense of humour.

I got my activism from my mum because, from a very early age, she made sure I knew about Angela Davis, Nelson Mandela and everyone who was fighting racism, especially for Black people. I think activism is a family gene. My mother, grandmother and aunties, we don’t want to see people taken advantage of. So I will fight if I see someone else in a difficult situation and they need help. I will step in, for sure. I’m very serious about that but I sometimes address it with humour on my Instagram. For me, a sense of humour is very important, that’s what keeps me going. You have to have a sense of humour because the world we live in sometimes can be so sickening, so you have to find the right balance.

When I was 13 I moved to Paris to live with my mum and it was a big shock. I was free in Martinique. I was allowed to play outside, I was quite tomboyish and played with the boys. In Paris, my mum was super-strict. I went to school and came straight back home again, with no hanging around outside. I hated it for the first year but then I got used to it.

I wanted to be a doctor, then from doctor it went to lawyer and from lawyer it went to dancer. I didn’t know much about fashion, but I loved haute couture because of all the beautiful Black models used by Givenchy and Yves Saint Laurent. I used to cut their pictures out of magazines and stick them into the back of my school notebook. One day, a friend who was a male model, introduced me to the stylist Marielle Robaut, who was the fashion editor for Vogue Sport. I was training to be an accountant at the time but when she told me about the shoots she had done in the Seychelles, Mauritius and the Galapagos, I thought, “That’s what I want to do.” Eventually, I became her assistant. In 1994 I moved to London, just for a few weeks to get over a break-up with a boyfriend, but I stayed for 15 years.

You’ve got your family, the ones you are born to, but I also think you can build your own. I’ve got both: my own family and also my chosen family, who are my close friends and the people I am inspired by. Judy Blame was part of my chosen family and it was down to him that I settled in London. He said, “Stay, I’ll help you out.” Judy took me to i-D, introduced me to Terry Jones and said, “She has to work for i-D, she’s fabulous.” I already knew Edward Enninful, who was the magazine’s fashion director – we would hang out at the shows in Paris and he gave me my first story for i-D. I love Edward. He’s like my little brother. We used to live together in Ladbroke Grove. We had a tiny studio like a shoebox, but we had so much fun. We’d go to Portobello market, to carboot sales and to clubs like Subterania and Trade. I’d be dressed in Alberta Ferretti, Margiela or Alaïa, and I always wore heels.

What do I look for in my chosen family? I like people who are open-minded. No bigotry, no racism. They have to be people who are open to the world, and they have to be funny and not uptight. My icons are always women who have talent, integrity and generosity. They are fearless and free-spirited and they are activists like me. My list would include my mother, Zora Neale Hurston, Euzhan Palcy, Zadie Smith, Irene Silvagni, Vivienne Westwood, Sylvia Rhone, Yungchen Lhamo, Molly Crabapple, Lisa Lovatt-Smith, Shirley Chisholm, Ntozake Shange, Carolina Maria de Jesus, Cate Blanchett, Michaela Coel, Yaa Gyasi, Freddie Washington and Venus and Serena Williams.

If I had to have one woman’s closet, it would be Sylvia Rhone’s. She is the first Black woman CEO and chairman of Epic Records. I admired my friend Frédérika Lévy. She was the owner of City Models, in Paris. She had amazing style and was the first agent to take on transgender models.

I wanted to start my own magazine after I moved to New York because it was always a struggle to cast Black girls. I’d say to the agencies, “Why don’t you hire more Black girls?” And the answer was always the same: “The client doesn’t want a Black girl.” And that was very, very frustrating. When I told people I was going to do my own magazine, they automatically assumed it would be a Black magazine and I would say no. Of course, it’s going to feature people of colour, but the idea was to reflect the world that we live in. London is super-mixed, Paris is mixed, New York is mixed.

What’s it like being Black in the fashion industry? I can tell you this: Black people and people of colour, we have to work maybe 50 or 100 times harder to get recognised. I’ve lost a few big commercial jobs because of my colour, because the client was racist.

I started going to protests when Eric Garner died in 2014. He was a Black man who was choked by a policeman. He was selling cigarettes on the street. There was no reason to murder him. I’m a little bit more optimistic now than I was then. Before, it was mainly Black and brown people protesting, but now I think white people are actually waking up. I went to a protest in New York recently and came out of it with a smile on my face. There were so many kids aged between 17 and 25. I thought, those kids are taking on the future, I can die peacefully. Those kids, they know what’s going on. They are willing to do anything in their power to make the big changes.

10 TikTok Beauty Trends That Have Dominated 2020