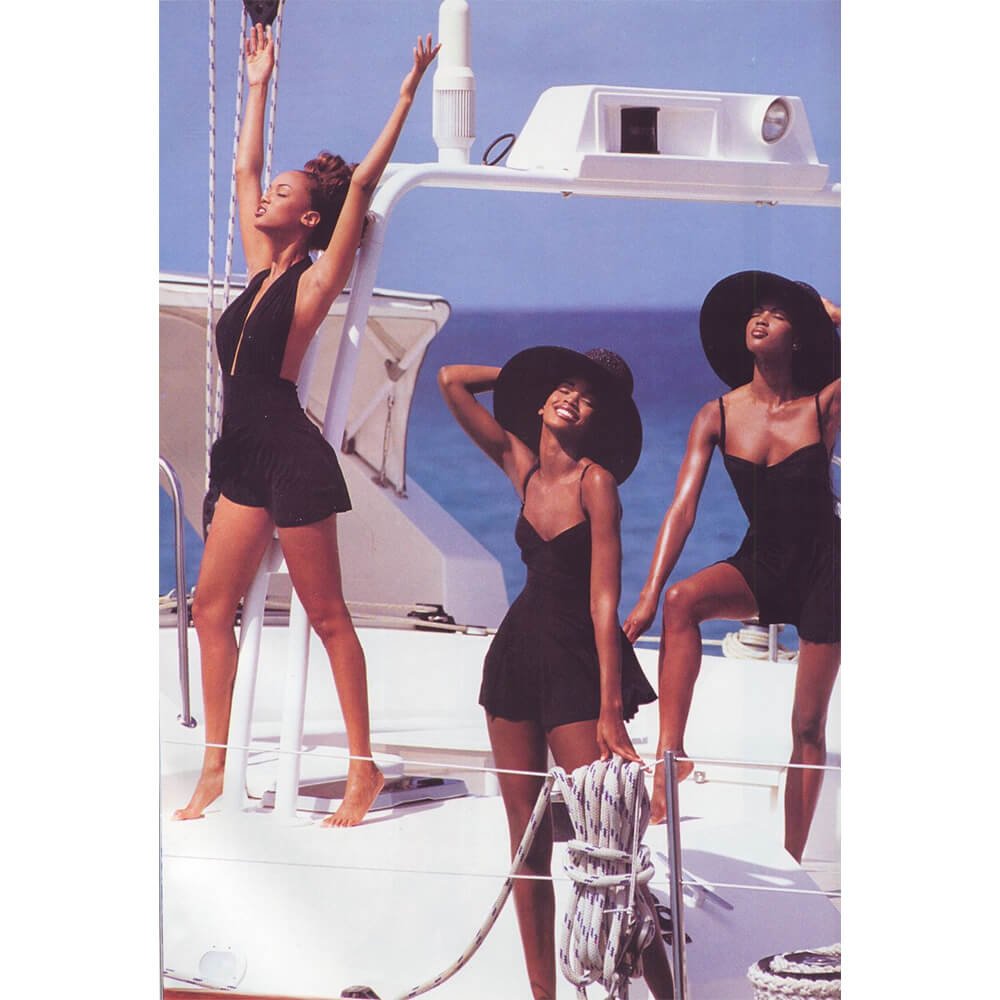 With the release of her newest studio album When I Get Home, Solange remains the backing track to many of all our lives. “Black braids, Black waves, black days, Black baes,” she proclaims in Almeda, perhaps reflecting on the recent catwalk shows. Black hair seems to finally be free.

The 1990s was the height of the supermodel and every little black girl with an interest in fashion had their eyes set on the holy trinity of black women supermodels; Naomi Campbell, Tyra Bank and Beverly Peele. Inches and inches of Euro-centric weaves, wigs and bundles. All beautiful, without a doubt. But to see Naomi Campbell sitting front row at Louis Vuitton’s AW19 menswear show in a cream custom Louis Vuitton by Virgil Abloh ensemble, accessorised with a short afro… This moment brought back that same feeling of black excellence, with one small (but massive) difference. Queen Naomi with her signature long, straight tresses in place of these natural-looking curls – it brought waves of real and uncontrollable emotion. Excitement. Euphoria even. And this January outing was just a taste of what was to come during women’s fashion month where more models than ever before rocked their natural hairstyles. 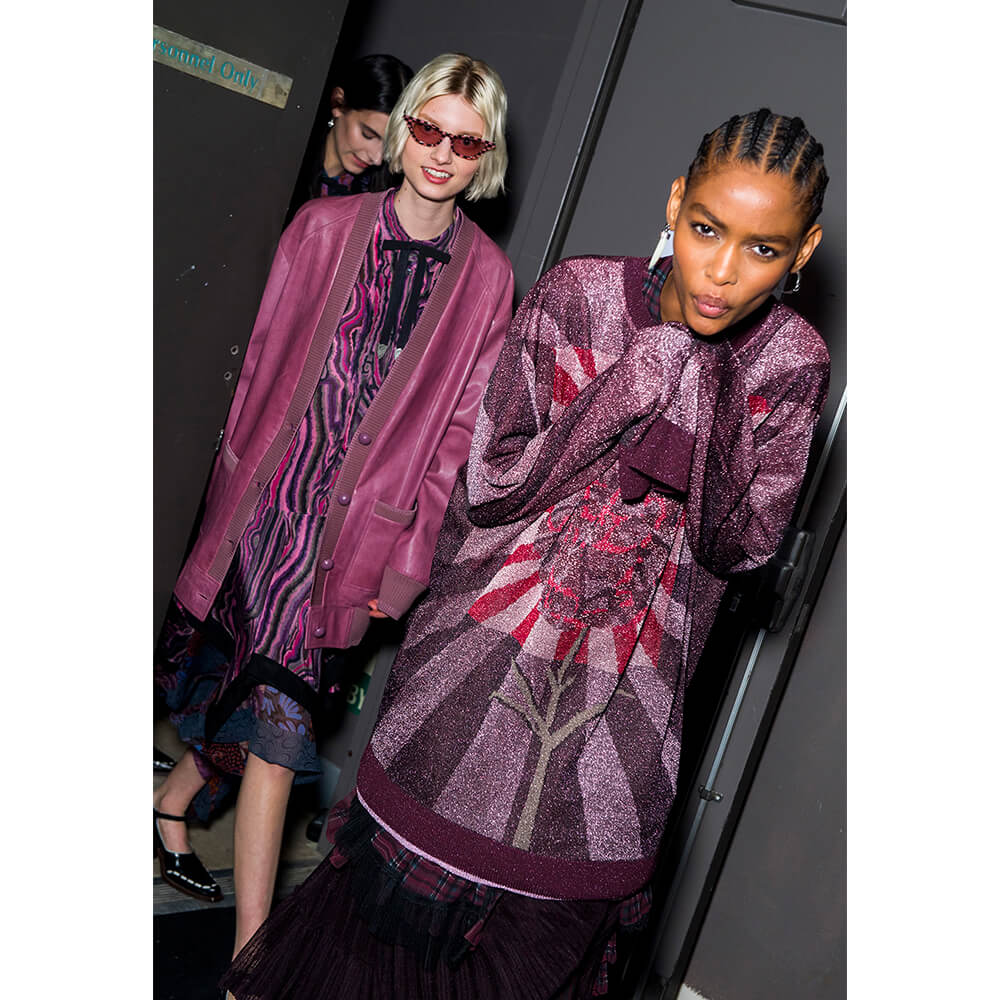 Cornrows and afros, short coups and braids adorning the heads of men and women walking down the catwalk, looking as glamorous, as fashionable and as accomplished as their white counterparts. Sabah Koj, Lineisy Montero and Mayowa Nicholas, walked in 100 shows between them in 2019, including couture and men’s and women’s. All three chanted for Roberto Cavalli and Oscar De La Renta. Opening and closing shows with their hair out and free was a statement you just couldn’t ignore.

The traditional Americana codes of the Coach 1941 show were subverted, as Selena Forrest flaunted tight cornrows and Abdulaye Niang’s locks swayed tirelessly in the air. And starring in the brand’s SS19 campaign, Indira Scott, her head of long braids embellished with wooden beads. And they are just the cream of the crop, part of a bigger move of the industry towards celebrating black beauty in its most authentic. As Anok Yai fronts Fendi’s SS19 Campaign in cornrows and Adesuwa Aighewi walks and features in Chanel’s campaigns with locks (as she does on the cover of our Issue 62), it is hard to think back to 2015 when Zendaya was criticised for looking like she smelled of “patchouli oil and weed” as she wore a headful of dreads with a white Westwood gown. This season, the actress collaborated with Tommy Hilfiger, following on from Gigi Hadid. Zendaya insisted on having an all-black cast in the disco-themed spectacle of a show, reminiscent of times when natural fros ruled Soul Train. The tides are changing. 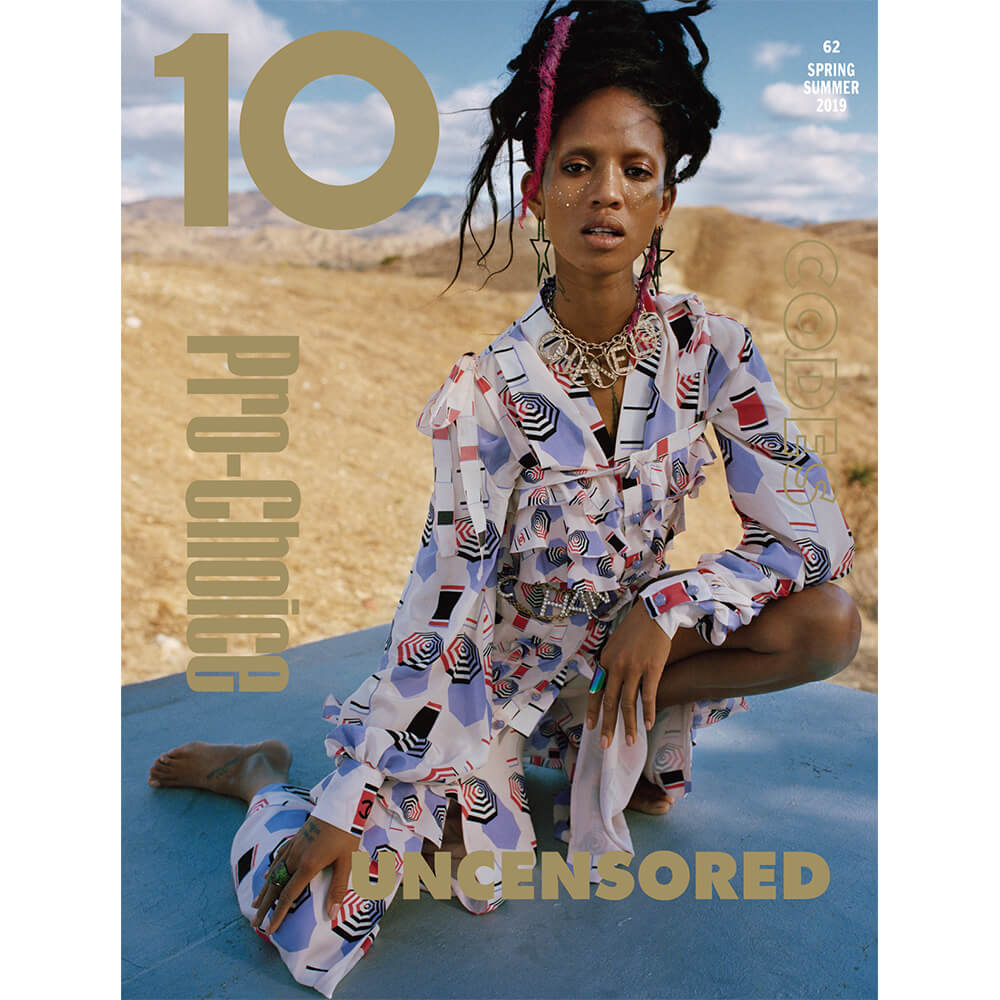 This is not the first time that Solange has been the soundtrack to many an intellectual divulgence and thought regarding blackness and identity. Her 2016 album, A Seat at the Table, was a clear proclamation of her black self in a project that felt in a time of political and social regression. With police brutality in both the US and UK making the rounds in headlines, music became society’s roll call. “They don’t understand what it means to me, where we choose to go,” her track Don’t Touch My Hair told us. Don’t touch it, don’t co-opt or change it. And that’s not just about the hair. Solange’s affirmation is beyond a plea – it’s declarative. They are going to listen. They must.

Without a doubt, black hair is political. There was a time where fashion sustained their ill will in engaging with politics. The past few years have allowed the discourse to become centred around diversity. There have been many an appropriative plunder that could be argued as a result of an industry so heavily reliant on inspiration societally, catering to a market built on cultural capital and excess. Over the years, the critique evolved. What started with a lack of diverse models gracing the catwalk, later continued onto the subject of celebrating traditionally black hairstyles adorned by white models on the runway, despite the fact that black models were being forced to “tame” theirs. With massive room for improvement in the future, this season definitely seems to be the one for black women in fashion. But even more than that, it has been a greater season for black hair, in its most natural state. We all know most trends come and go in waves. For the sake of fashion’s changing landscape, I can only hope natural hair isn’t one of them.