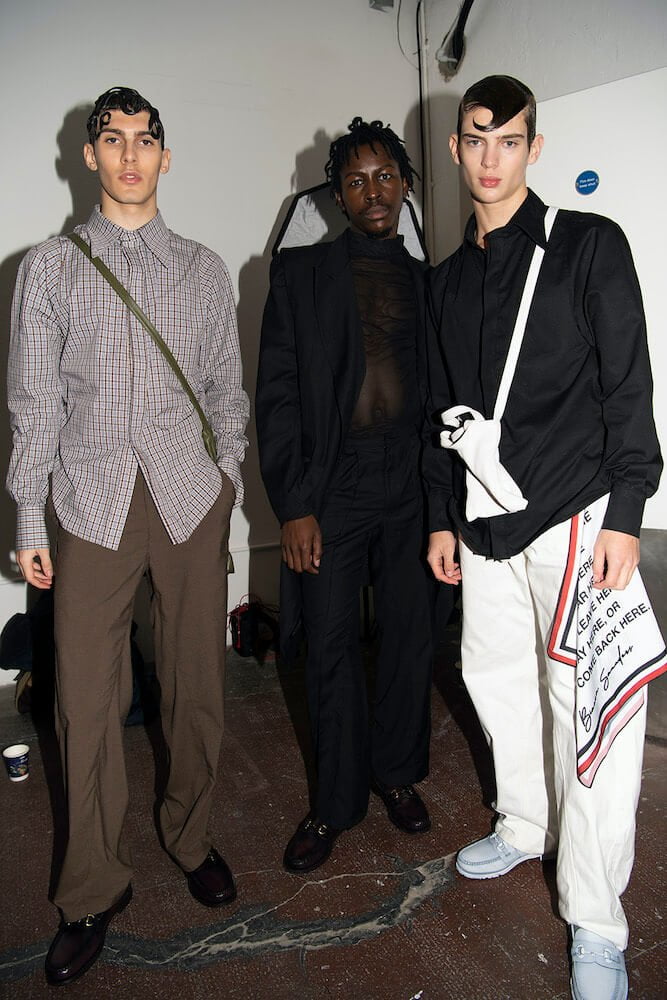 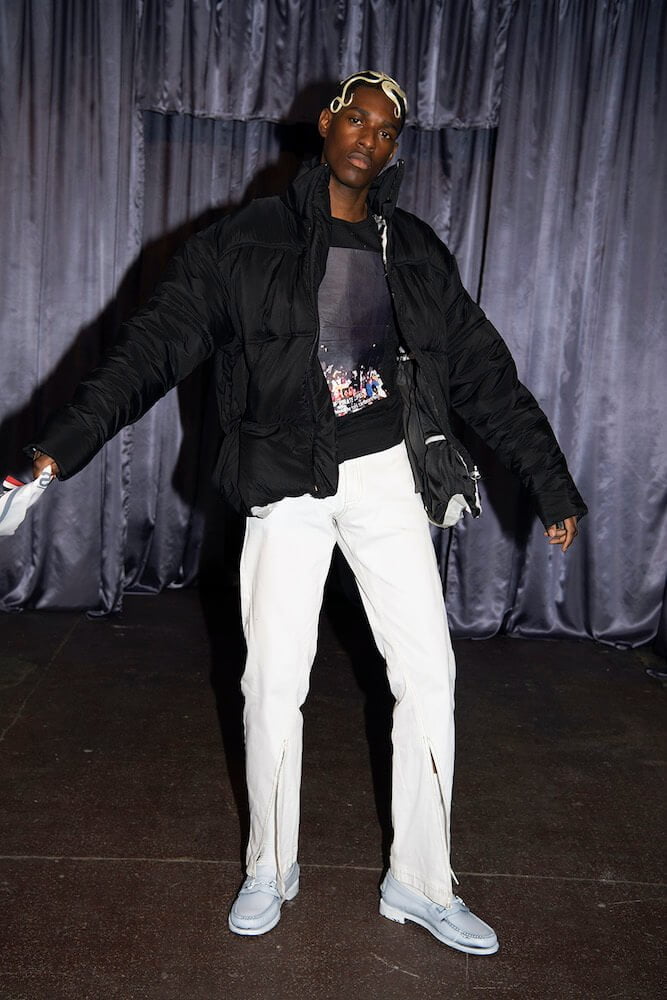 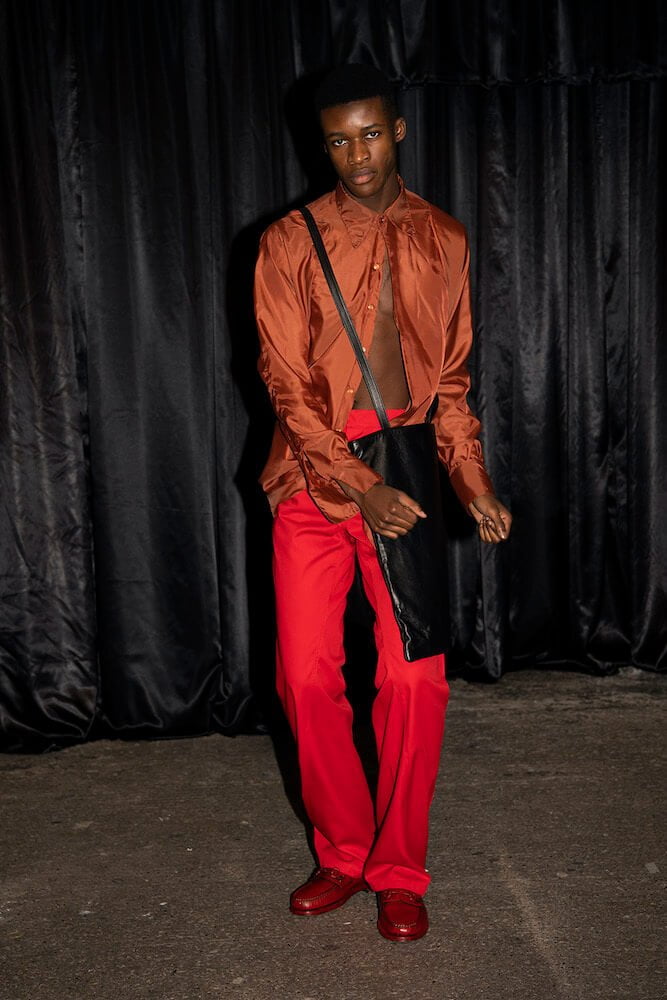 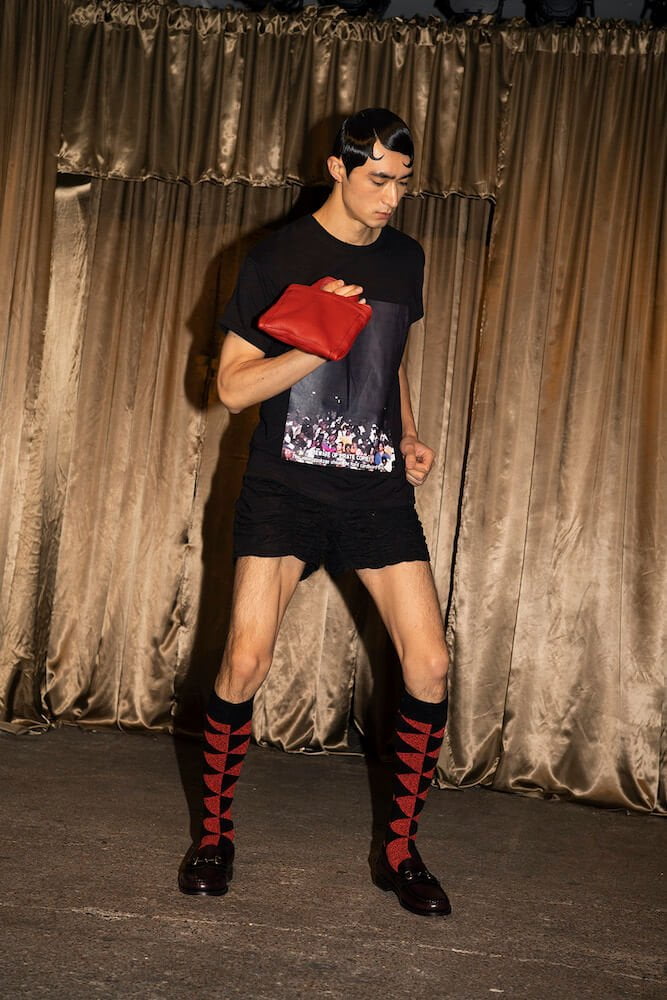 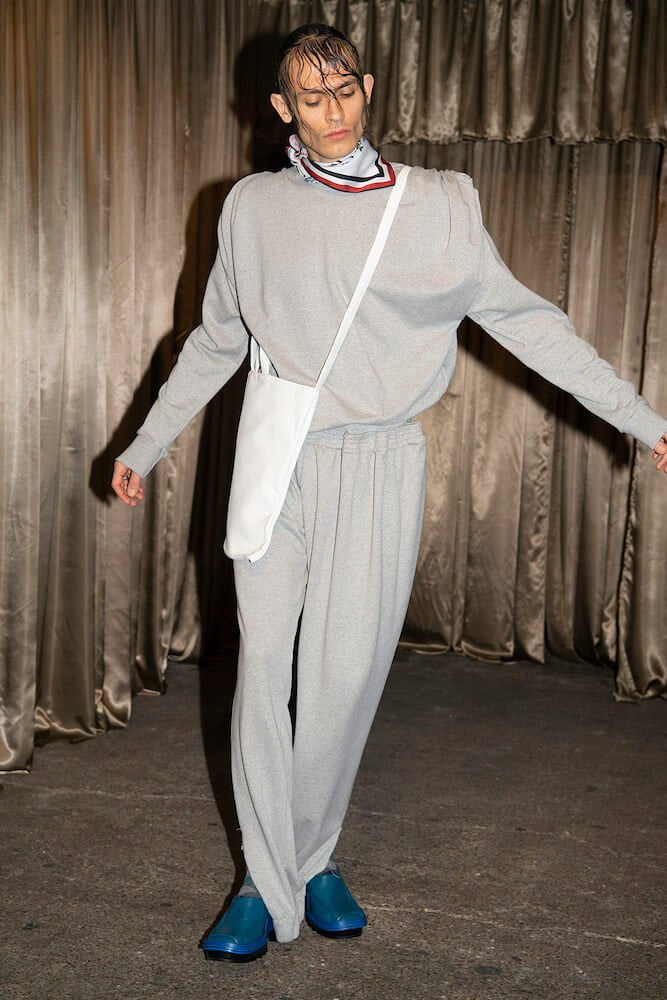 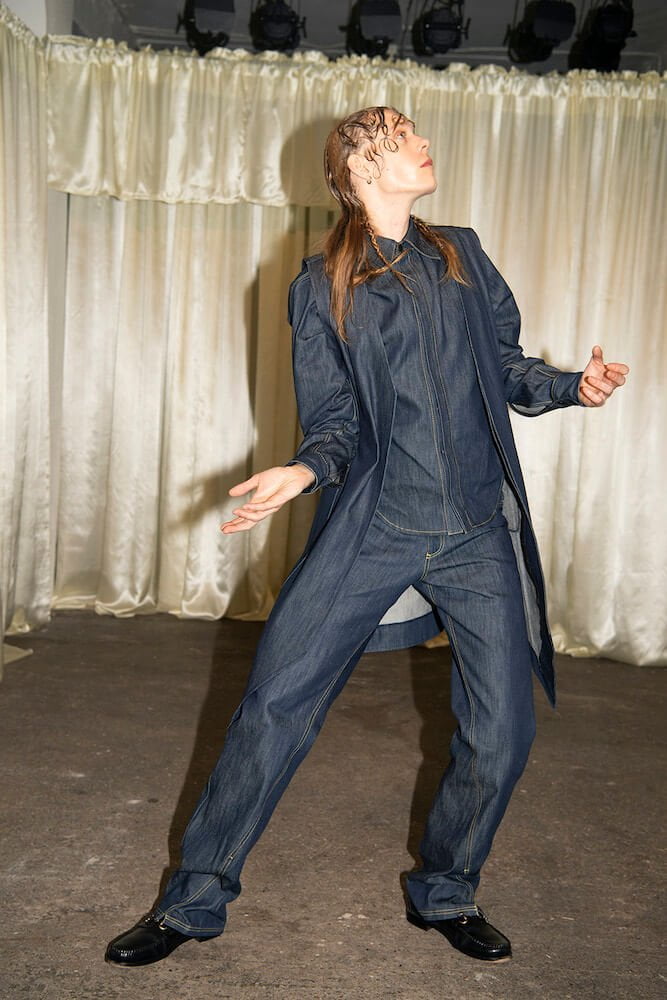 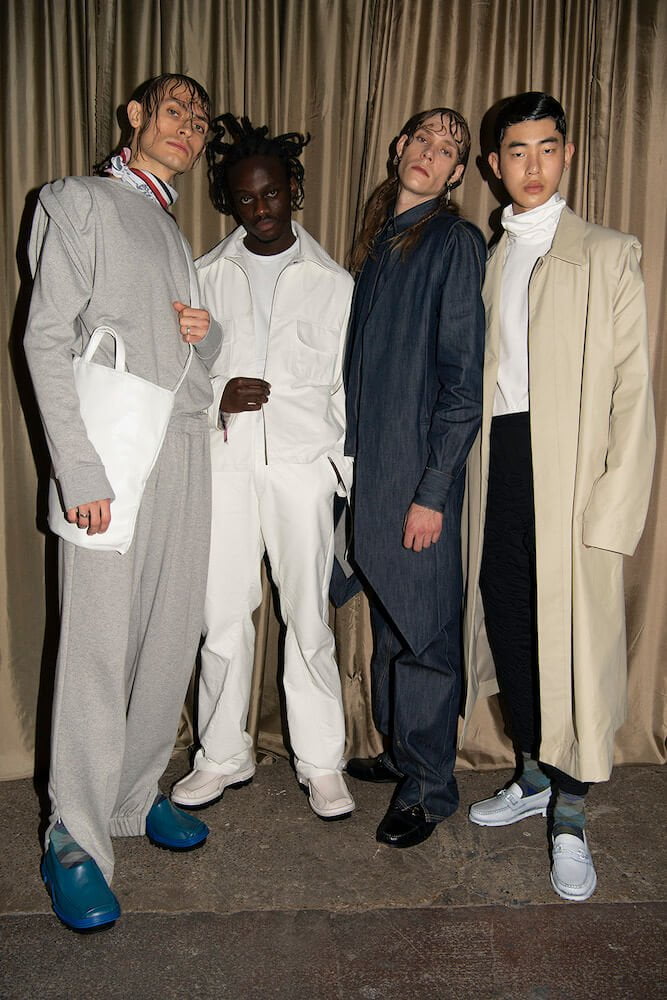 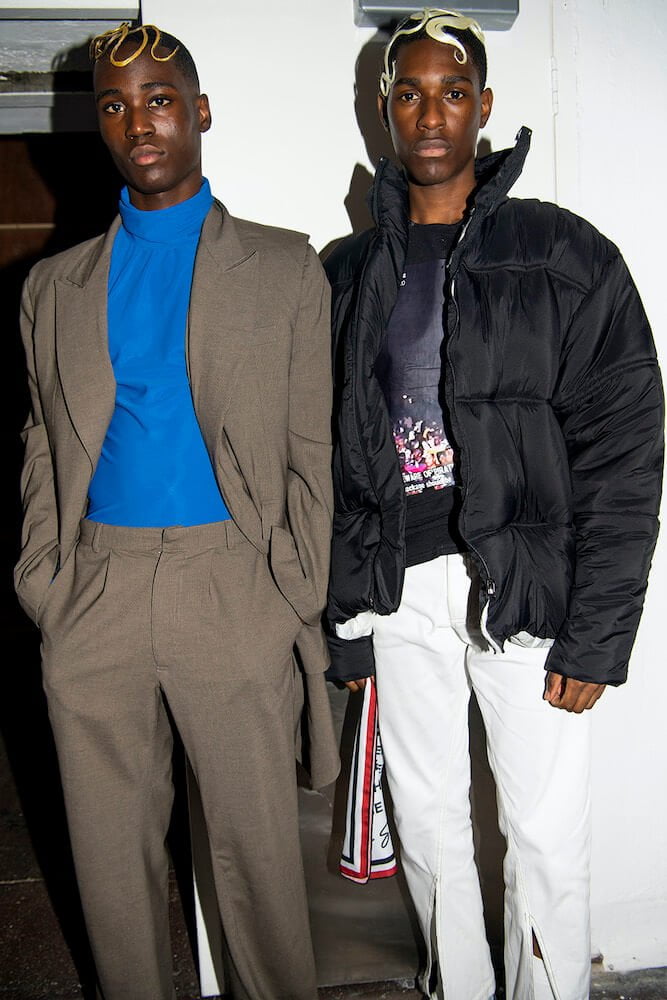 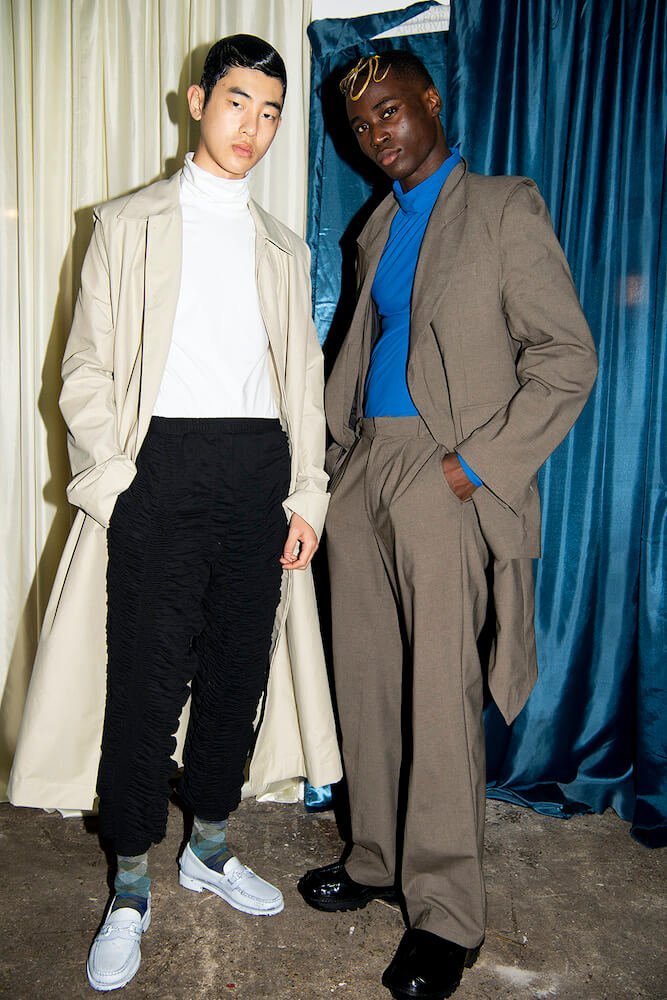 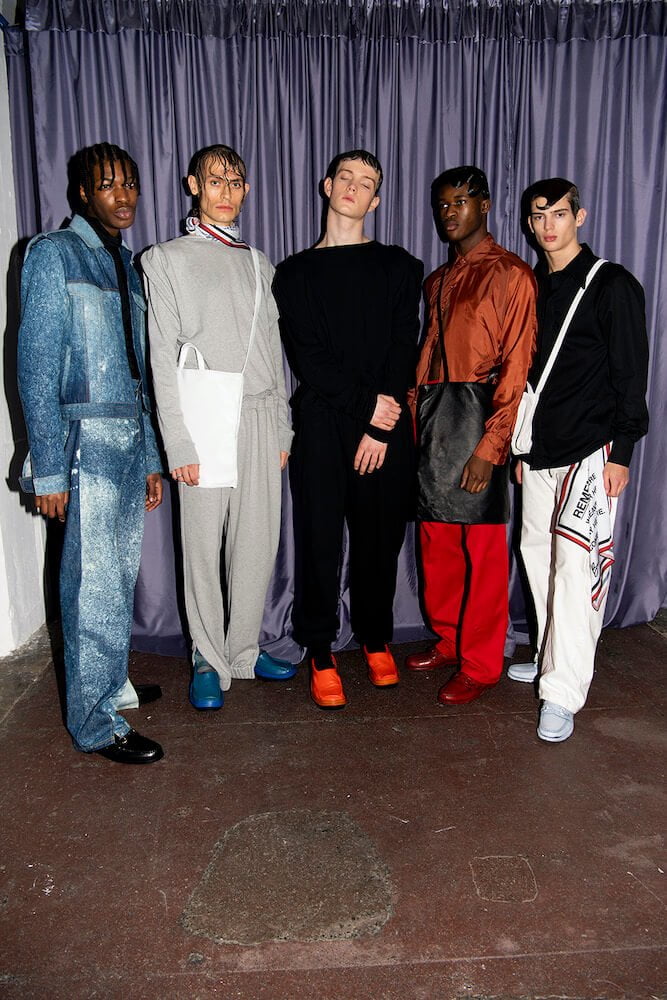 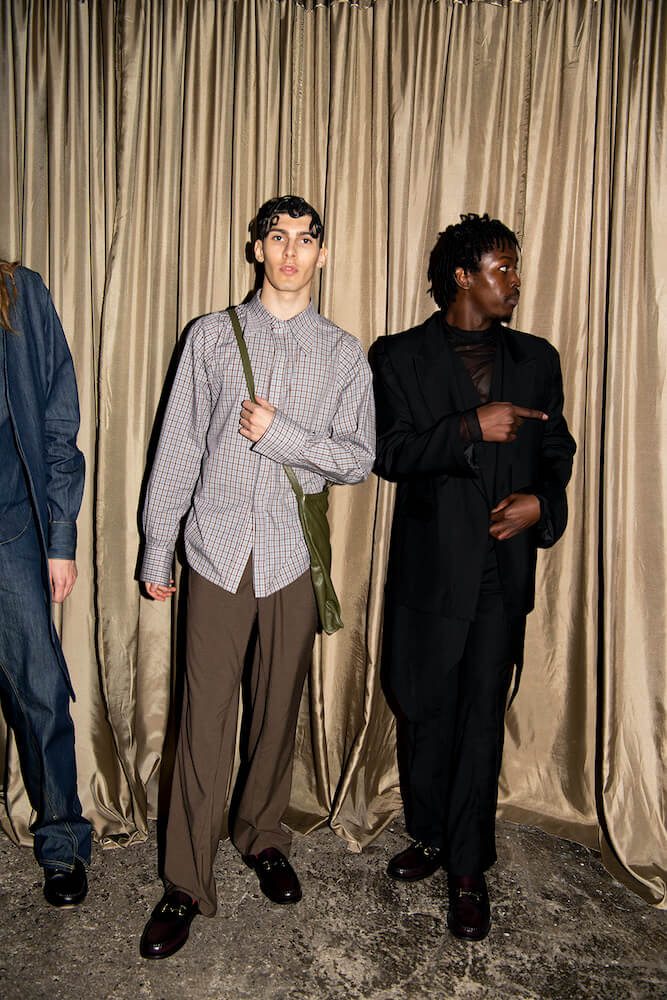 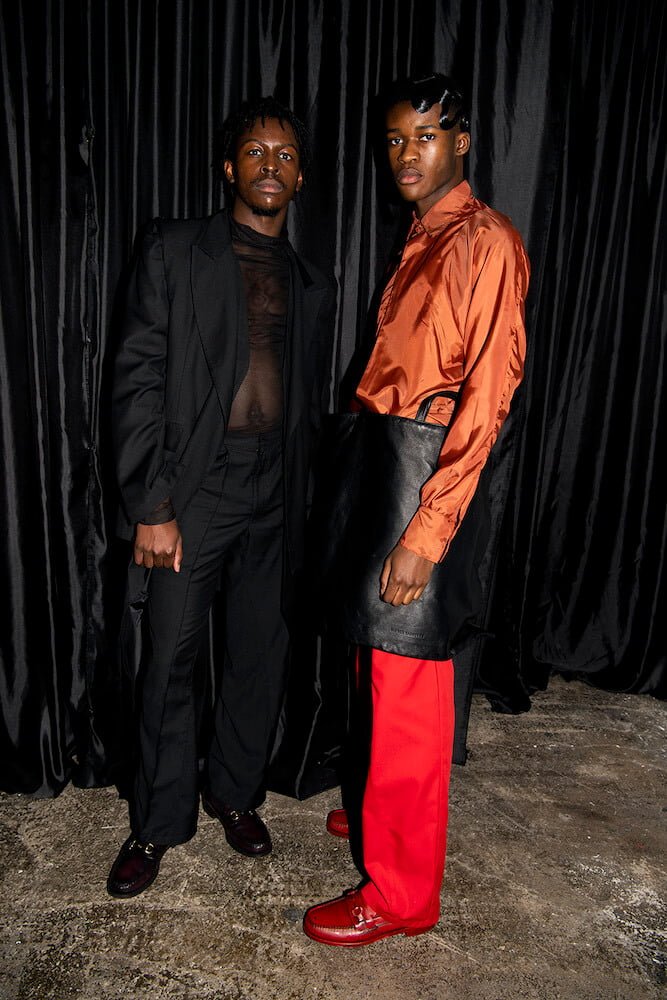 Whoever said spending sleepless nights on YouTube can’t be useful lied. Well, at least according to Bianca Saunders who found her inspiration for the AW20 collection during one of those video clickathons. Stumbling upon one particular recording of a dancehall party made her fall in love with the way the videos distort in the process of digitisation from a VHS to an .mp4 format. And so that effect was transformed into a collection of garments paying homage to Saunders’ own Carribean background in more way than one.

Finding fuel in resourcefulness, the collection was celebrating the imperfections which occurred in the process of designing it. Sustainable denim, sourced in partnership with ISKO, was hand-bleached by the designer herself – a big pot of boiled water and three bottles of bleach included. Tailoring, even more elaborate than before, came in a combination of fabrics which Saunders has previously used (plaids in earthy tones) and totally new ones (electric blue jersey and dusty pink silk) adding depth and layers to her artistic expression. Gender-play was as present as ever, both in the clothes and in the presentation itself. With stunning hair, referencing dancehall classics, designed by Johnnie Sapong and choreography by fellow designer and after-party dance superstar Saul Nash, the image was complete. Season after season, Bianca Saunders steadily grows into a cultural iconoclast of the next generation, utilising the power of clothes to their maximum. With this collection, that unofficial title was just confirmed. Oh, and this is how you do YouTube research.

Bianca Saunders Opens ‘Nearness’, An Exhibition Celebrating the Power of Her Creative Community