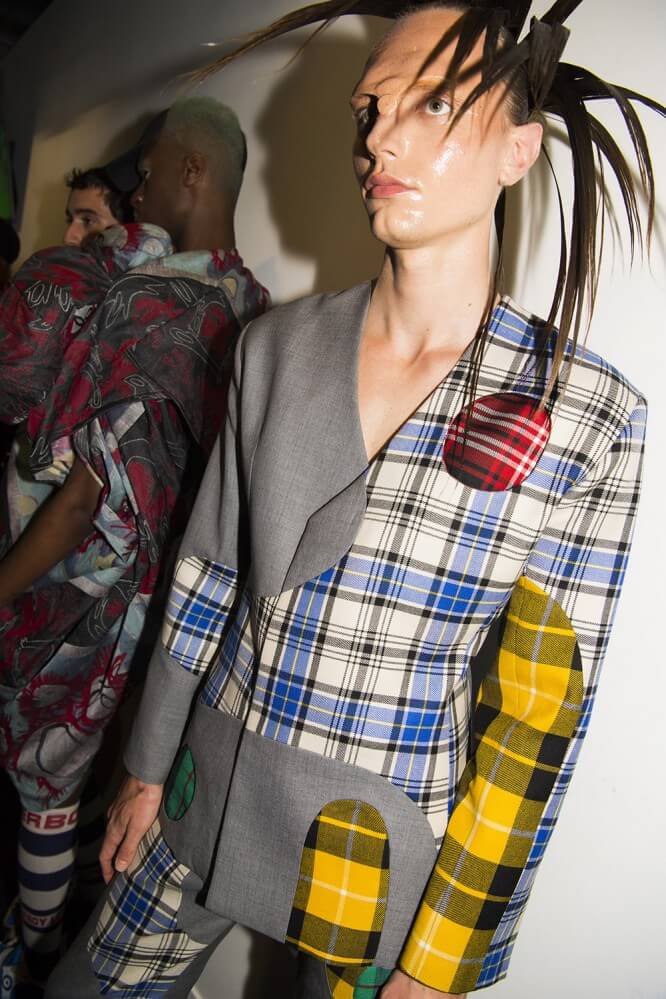 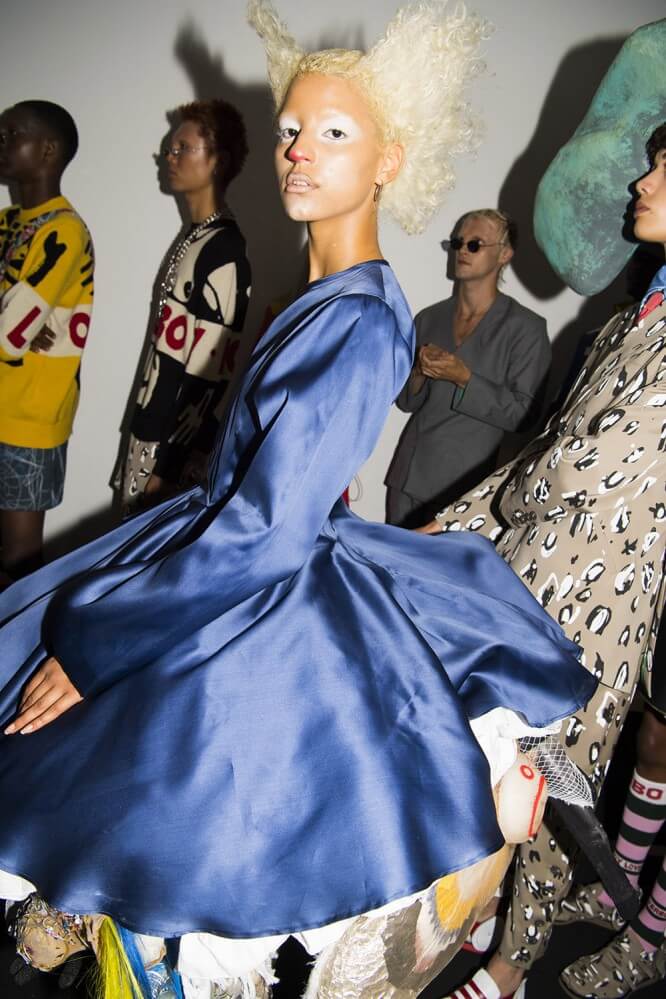 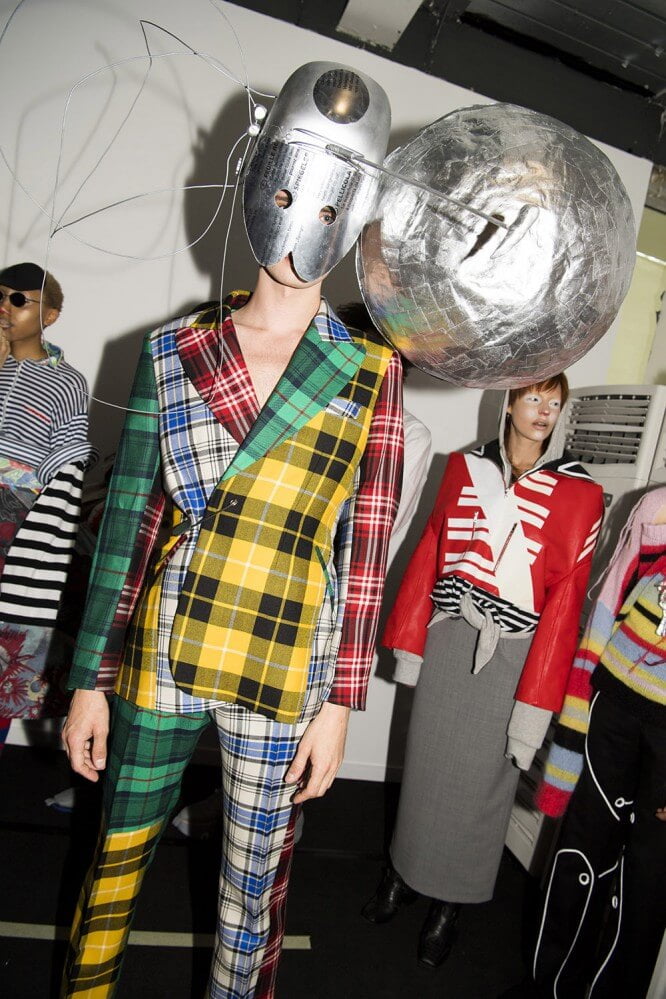 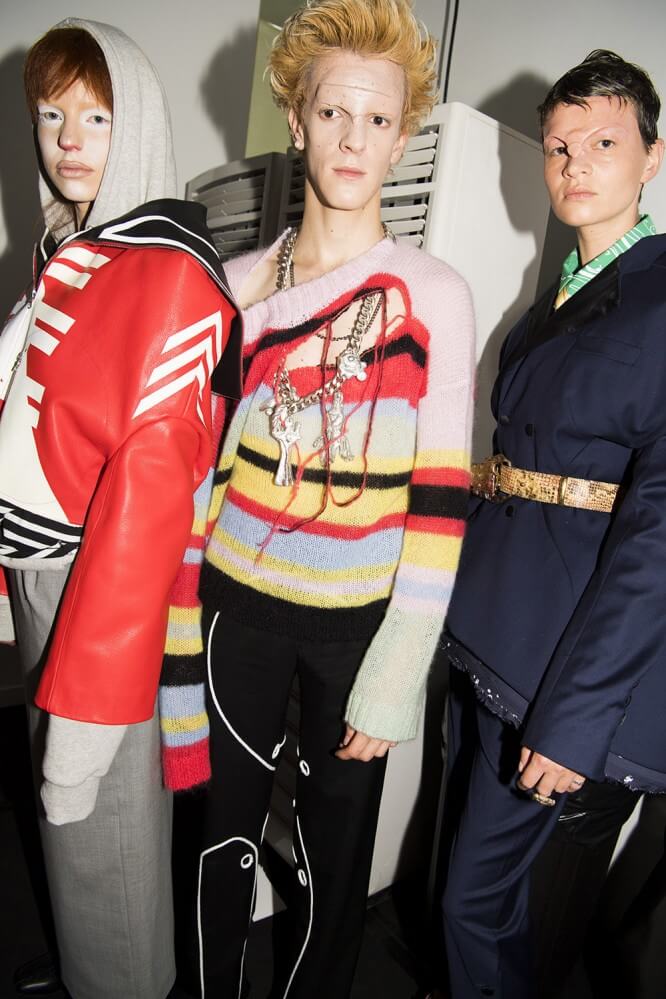 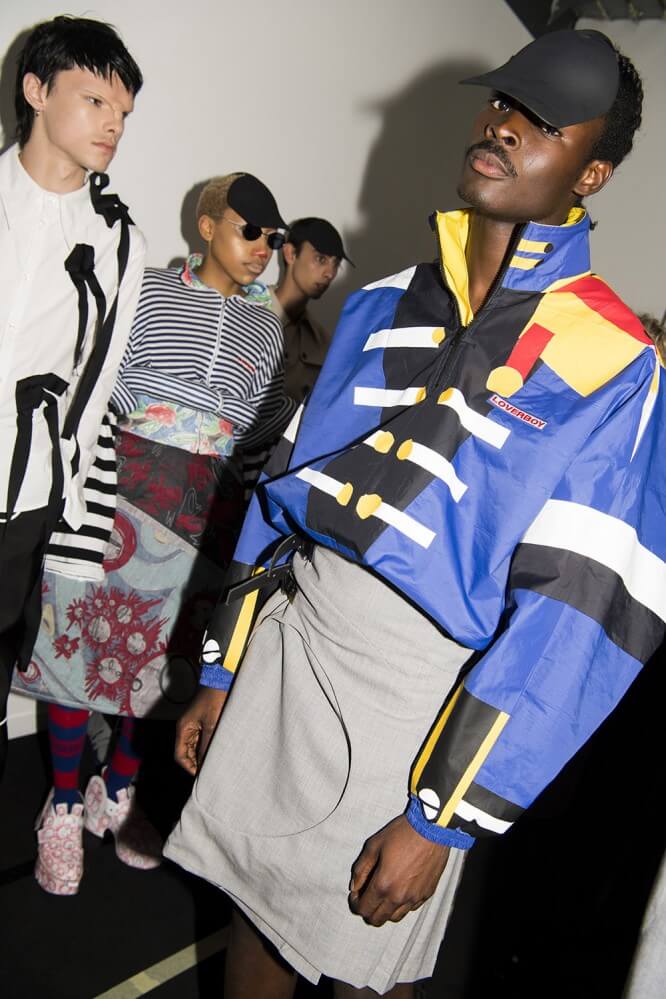 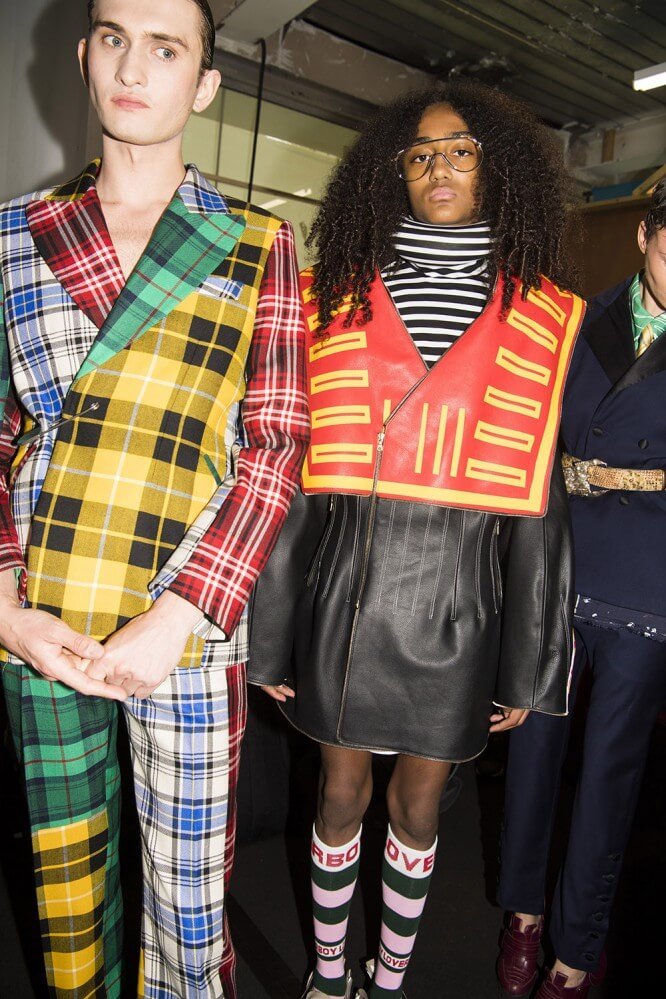 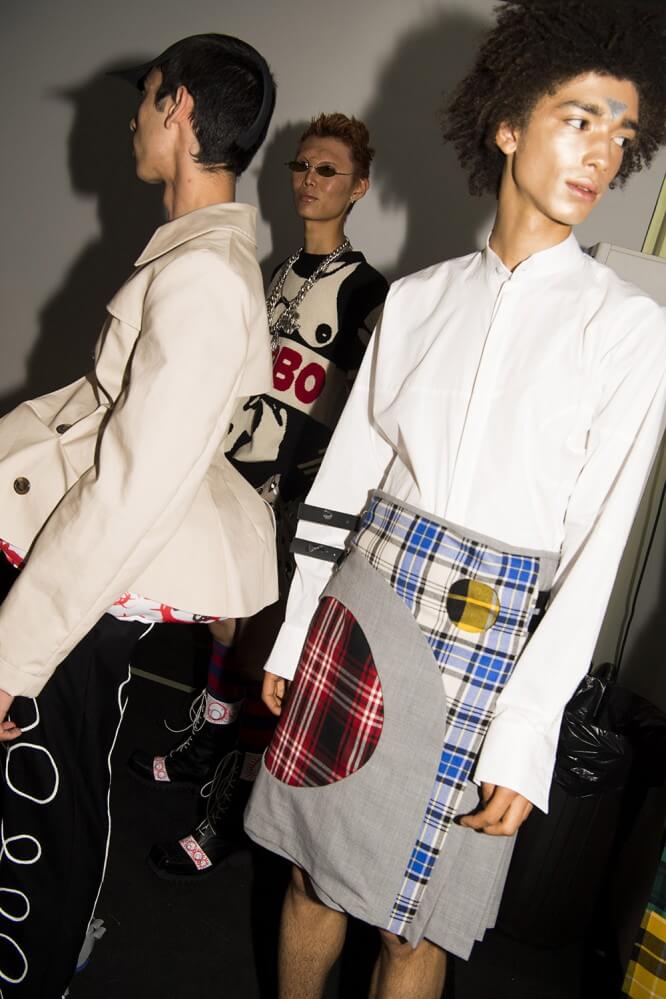 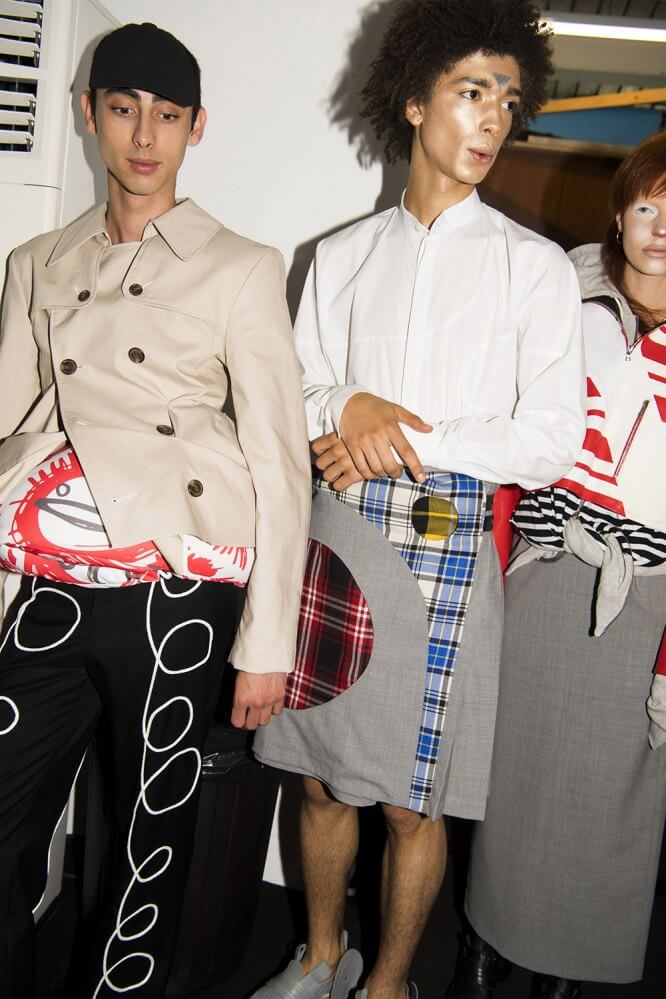 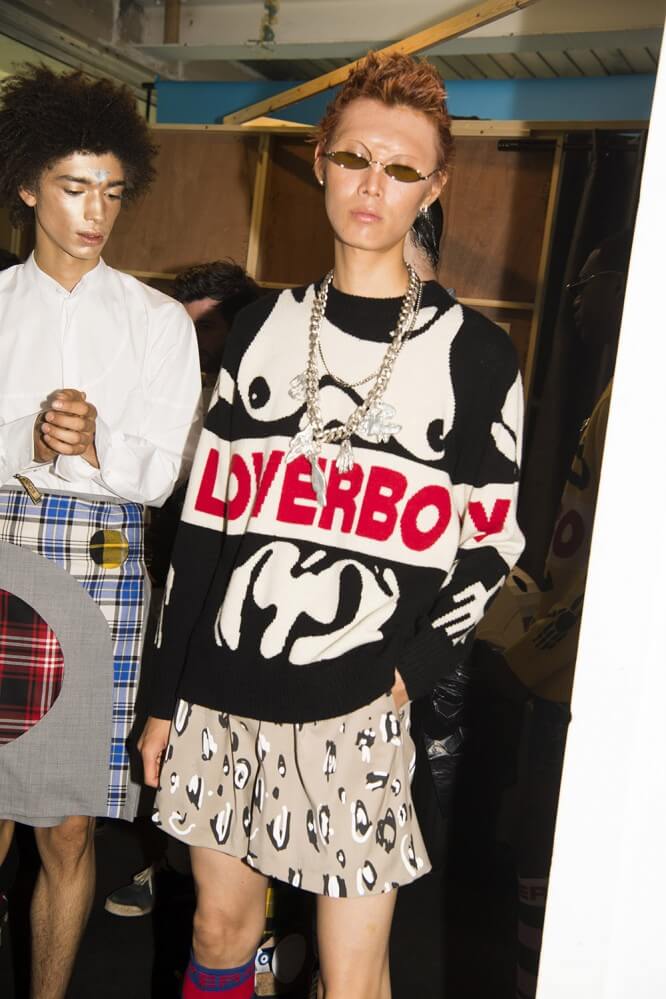 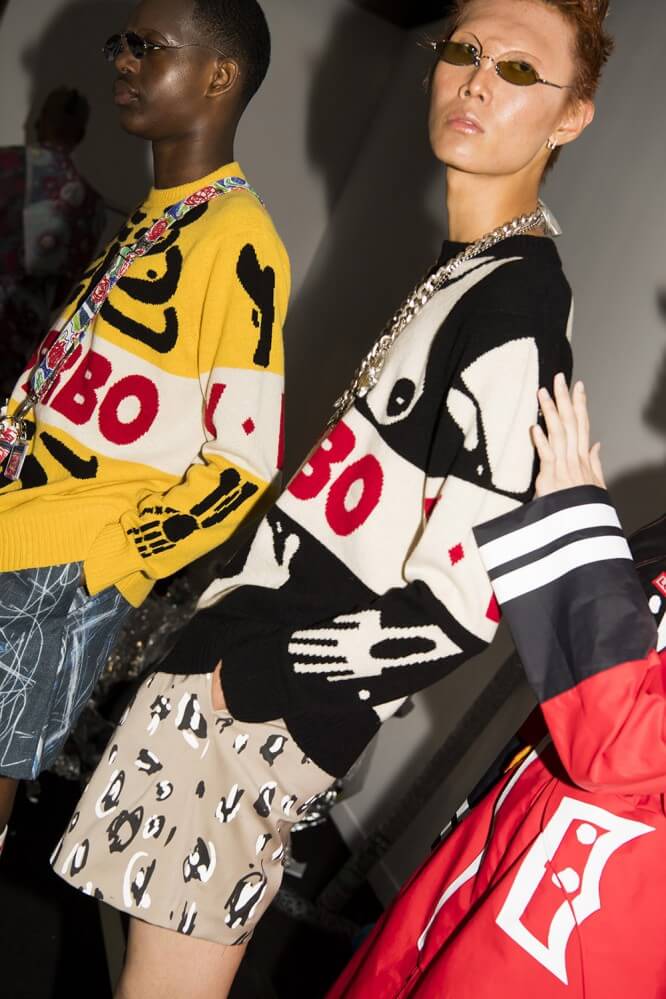 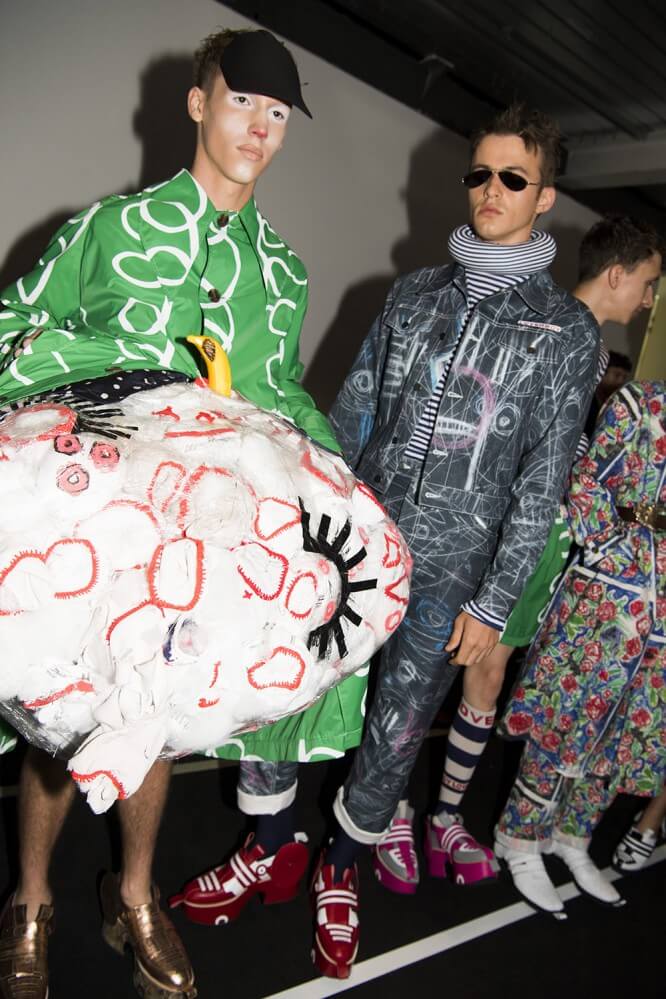 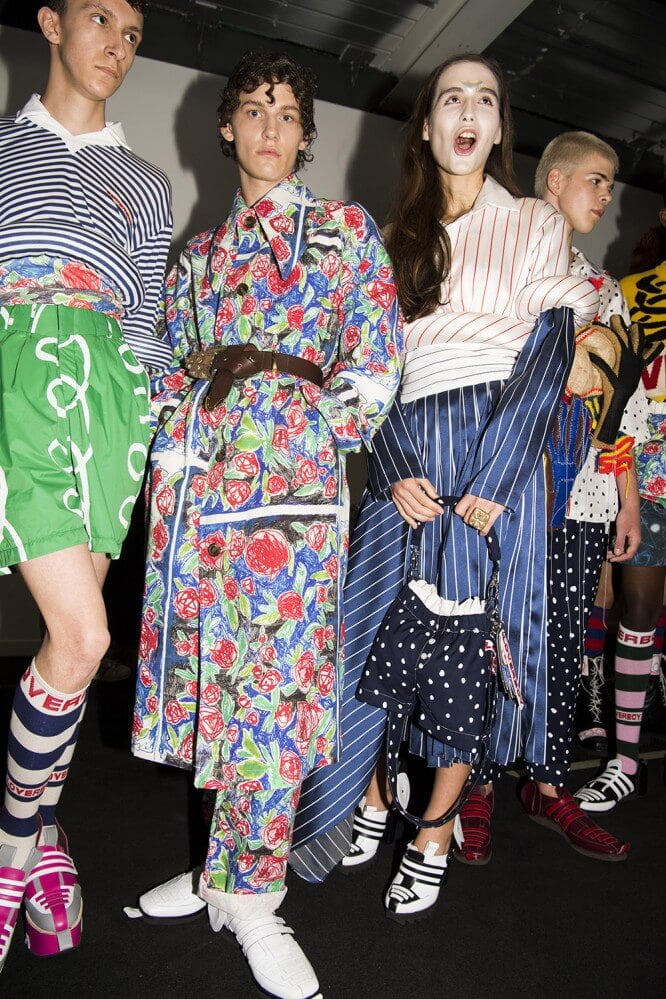 Charles Jeffrey is in a “state of flux,” this season. Extra sensory systems on full power, integration at 100%. The Charles Jeffrey galaxy reached out to us from all directions. ‘Emergence,’ it was titled, another season in the Loverboy wonderland, which was, as Charles told us backstage, “space, science, sci-fi. Showcasing chaos and control in sculptural forms. It was my first attempt at sportswear and relating my illustrations to that.” Charles has been running, if you didn’t know, physical exercise has become something important to him, helping him become more aware of things, quicker, agile. “As our business is growing rapidly you have to take on the role of being able to manage that and carry it for the rest of my life,” he said. No pressure. So why not create the ultimate Loverboy sportswear to run the world forevermore in, unfiltered cycling jackets, tennis dresses and high-waisted running shorts. Orbital’s ‘Halcyon and On and On’ powered them forward in those toy-like clogs as an all in black and silver foil headpieces choir sang at the end of the runway as dancers fell from foil chandelier style spaceships suspended in the air. It was about movement, “queer bodies,” as he said and looking at how his clothes fall and feel, applying everything in his peripheral vision to design concepts, something he has taken from cultural studies. And what better way to empower a collection than with the costume designer of The Dark Knight and Wonder Woman? Yes, Charles Jeffrey’s real life heroes and heroines were all here, Whitaker Malem’s “leather superhero breastplates” that were inspired by Lynn Chadwick’s bronze sculptures were their armour and Henry Moore’s sculptures were the movement behind collarless tailoring. “Here you are safe” a voice said through the music. Yes, we feel safe here in the joyous feel-good world of Charles Jeffrey. “There are cliches and I’m not afraid to take that on board. It’s fun energy, not overthinking it and drawing out energy that feels right.” That it does.