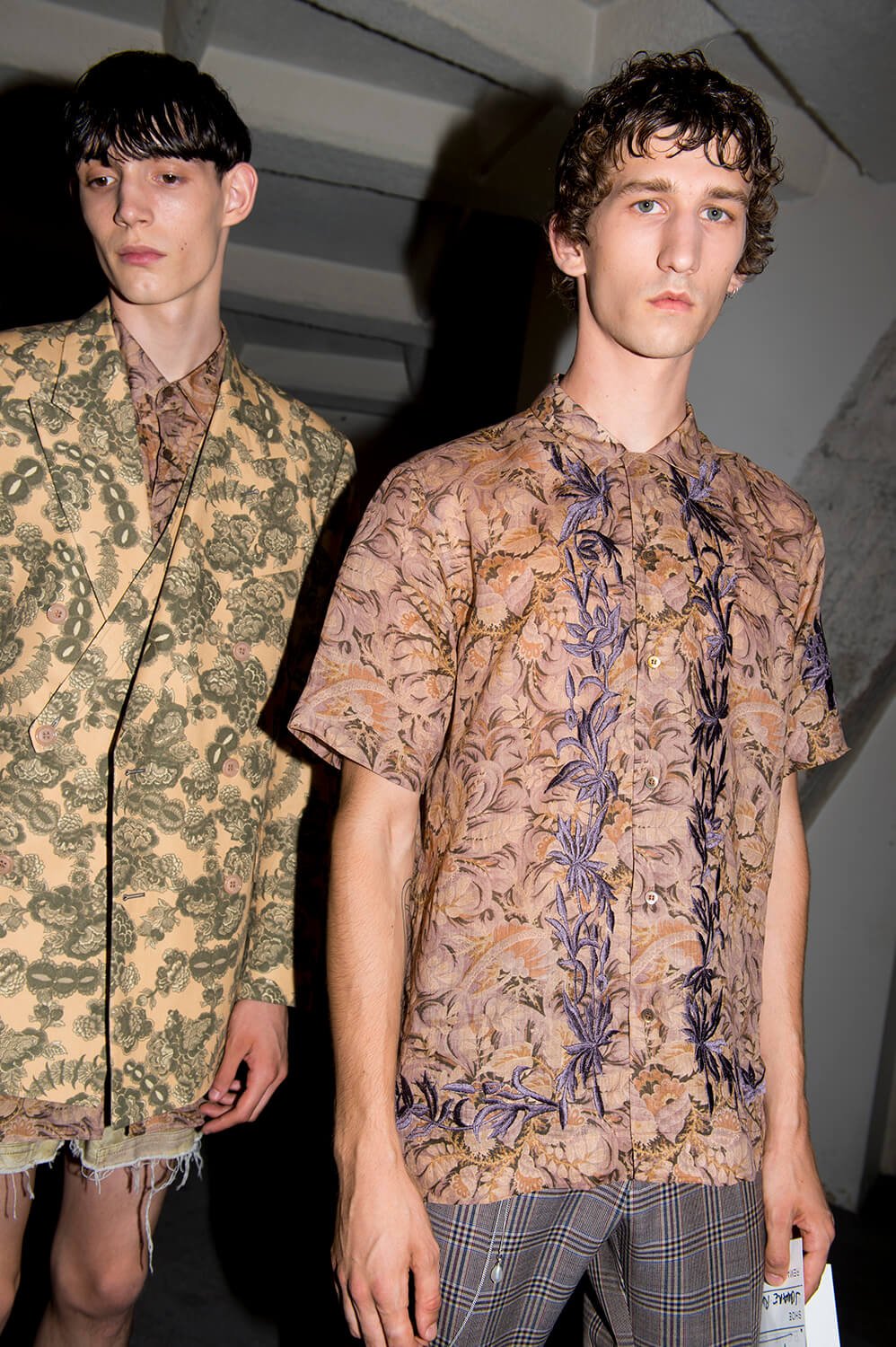 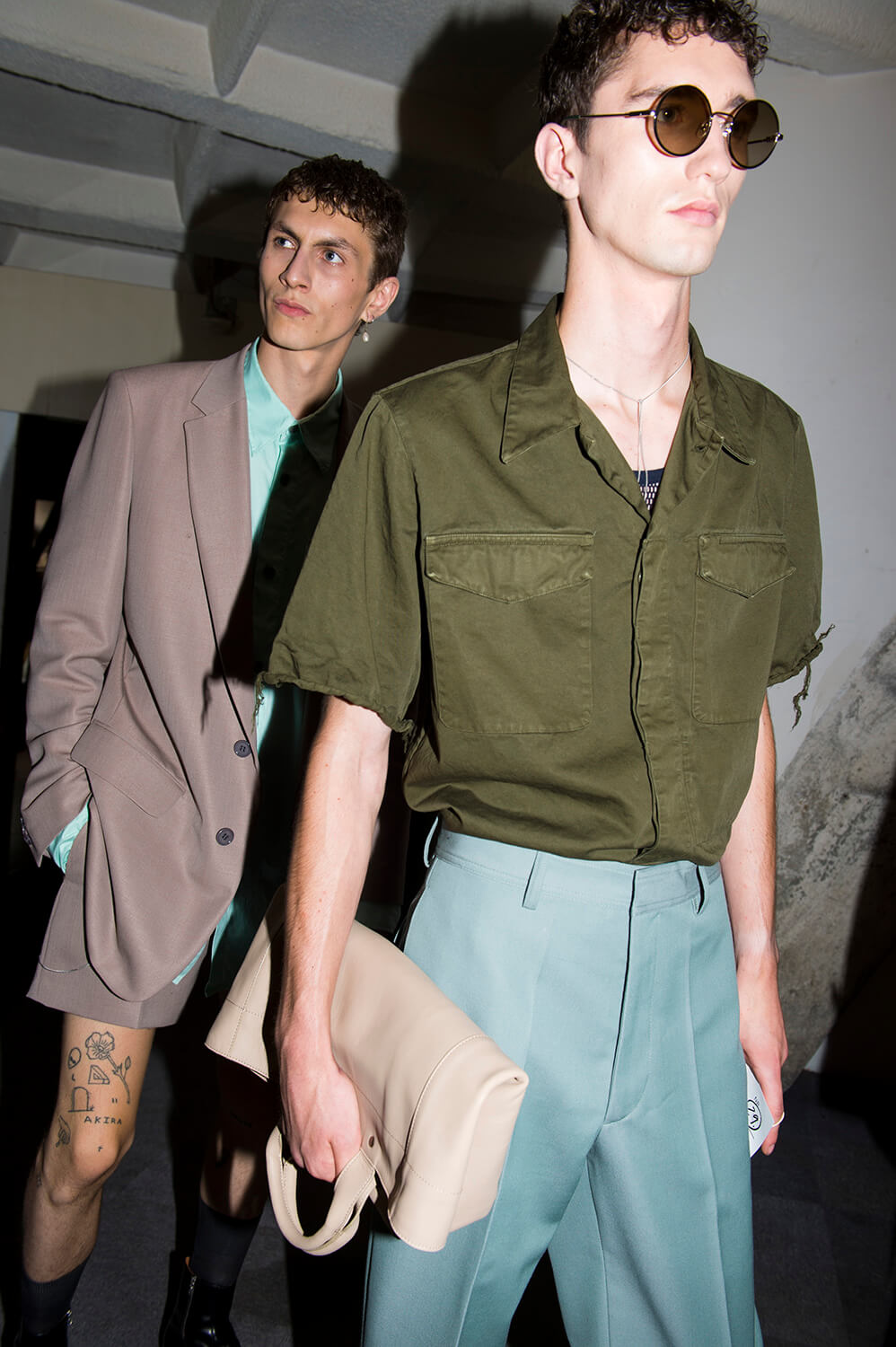 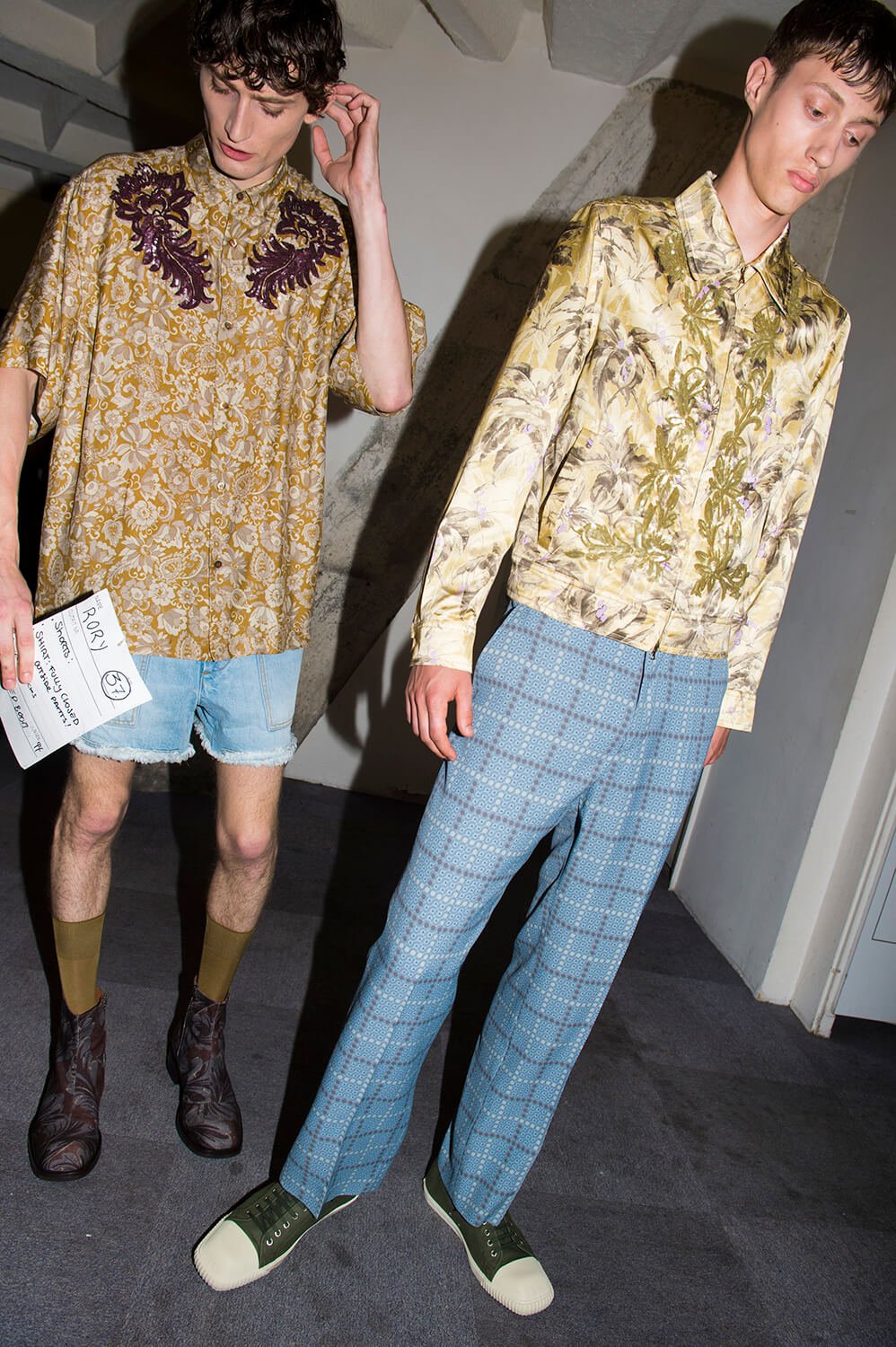 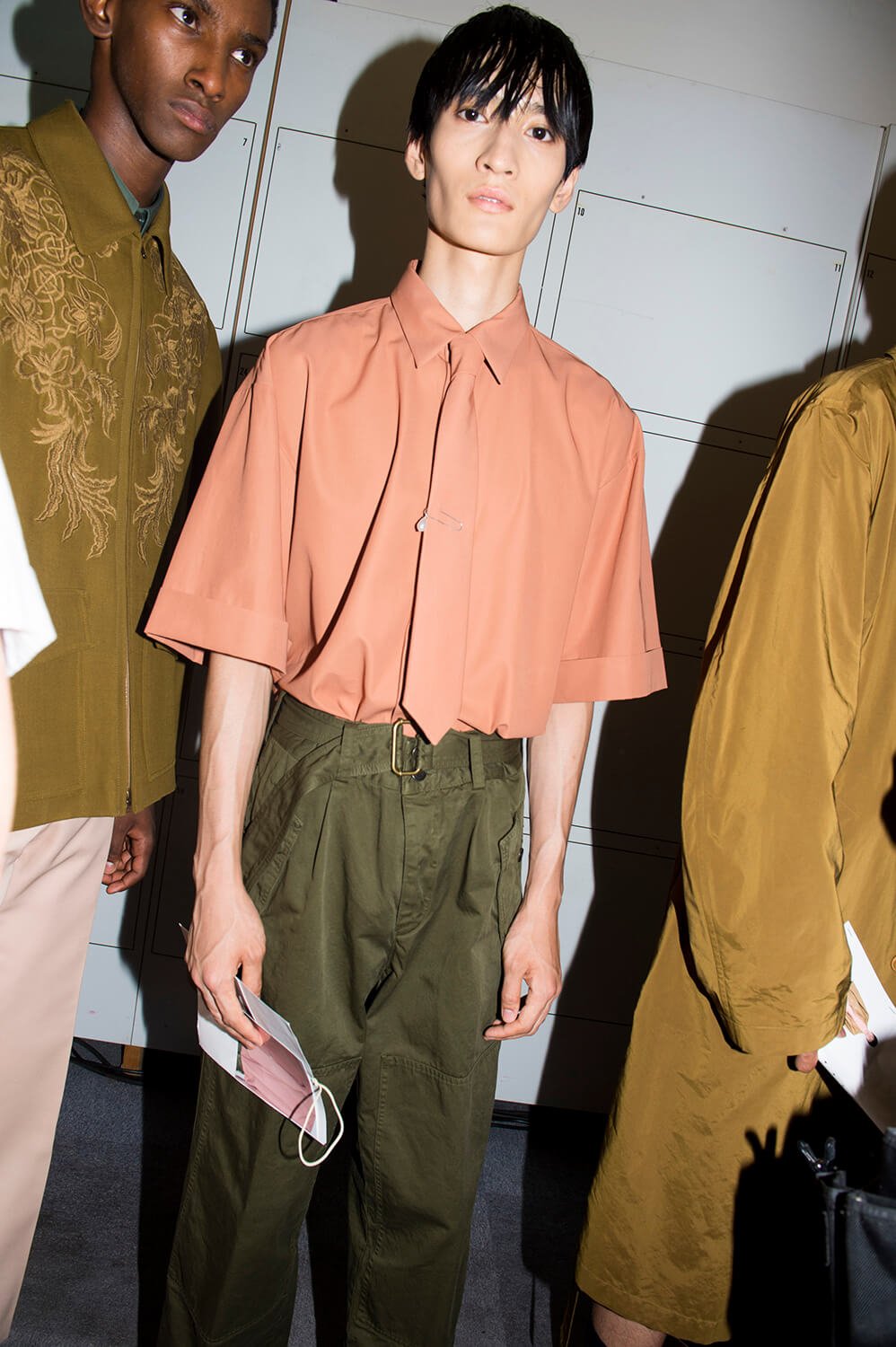 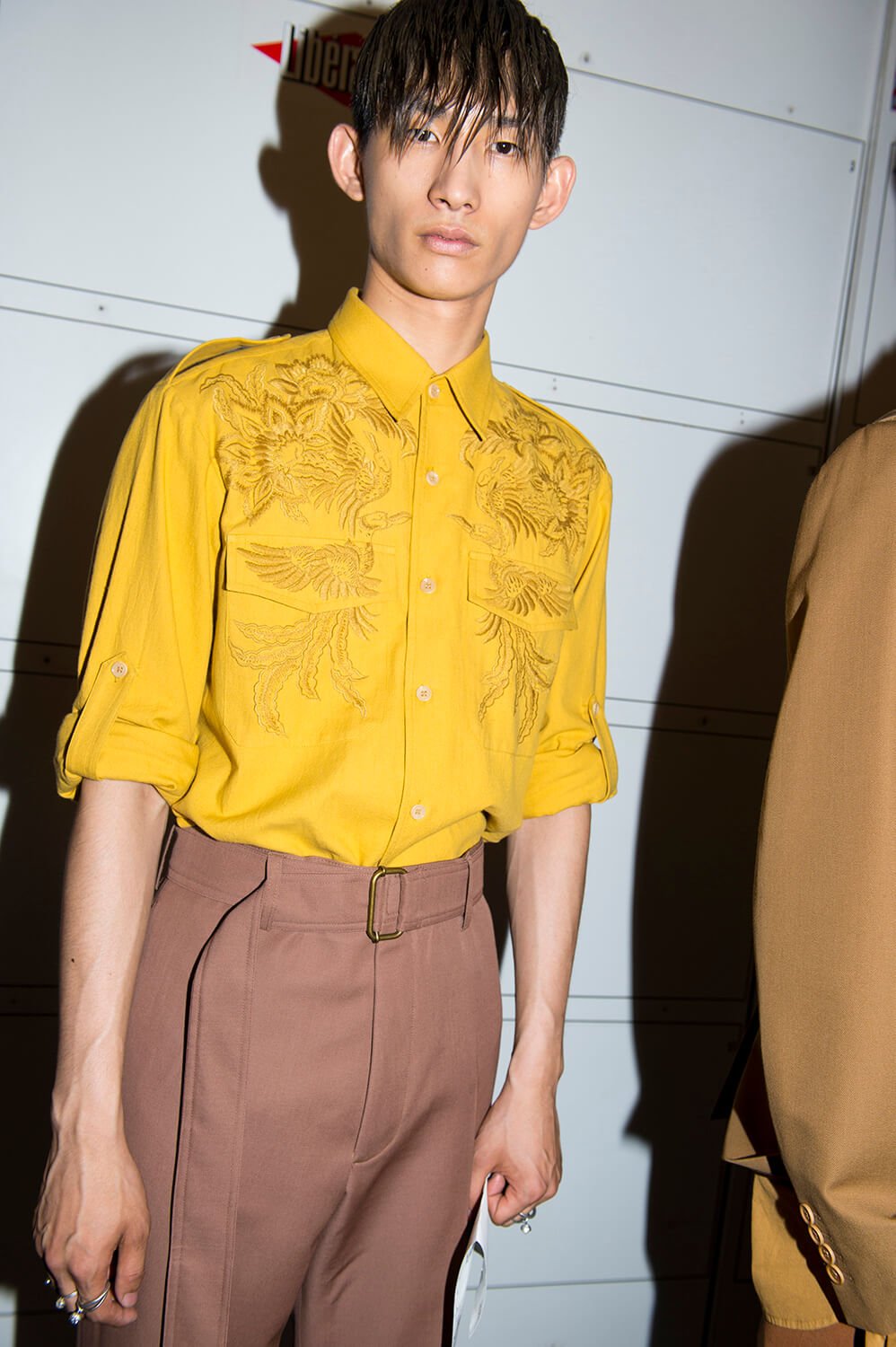 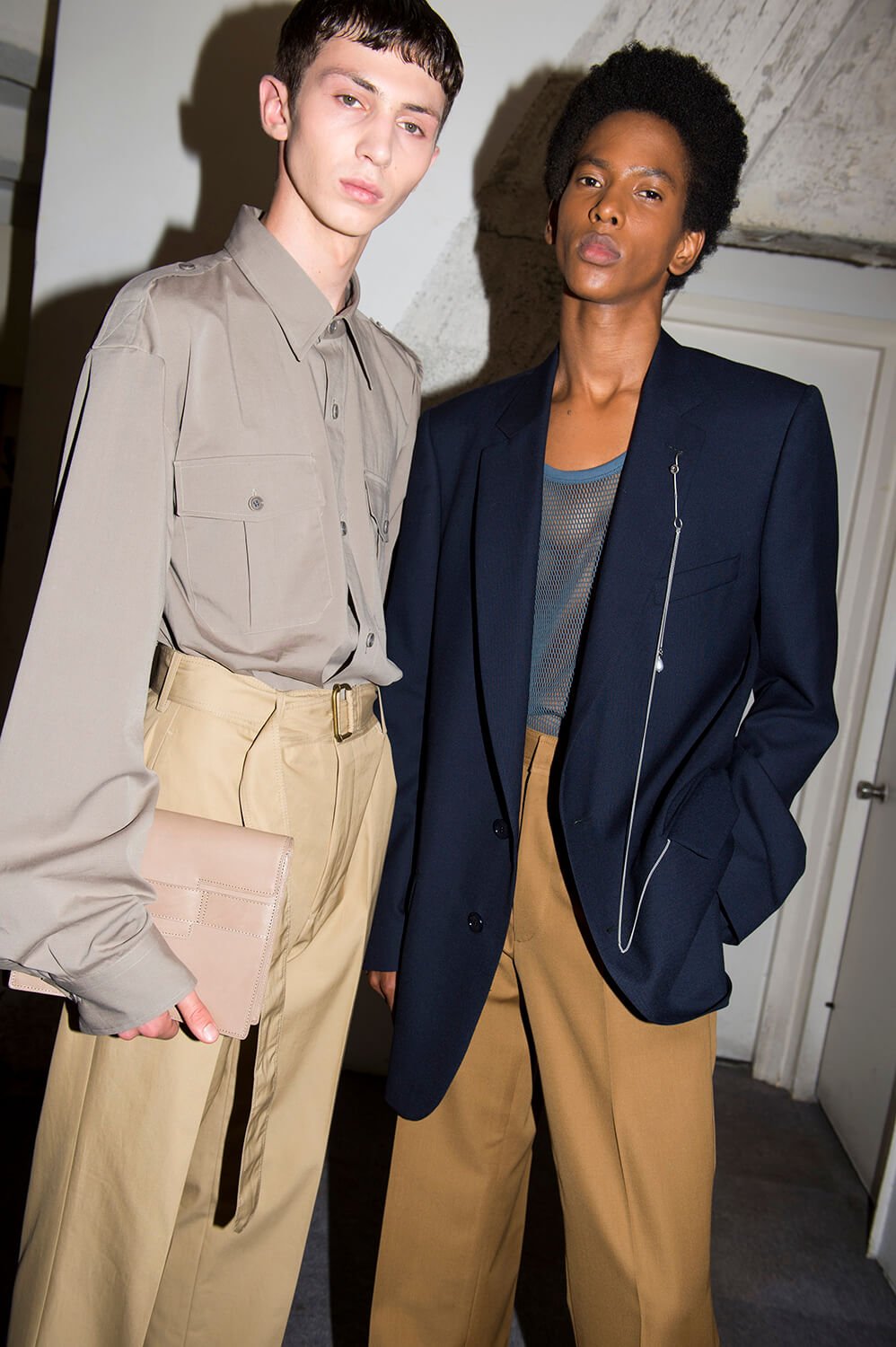 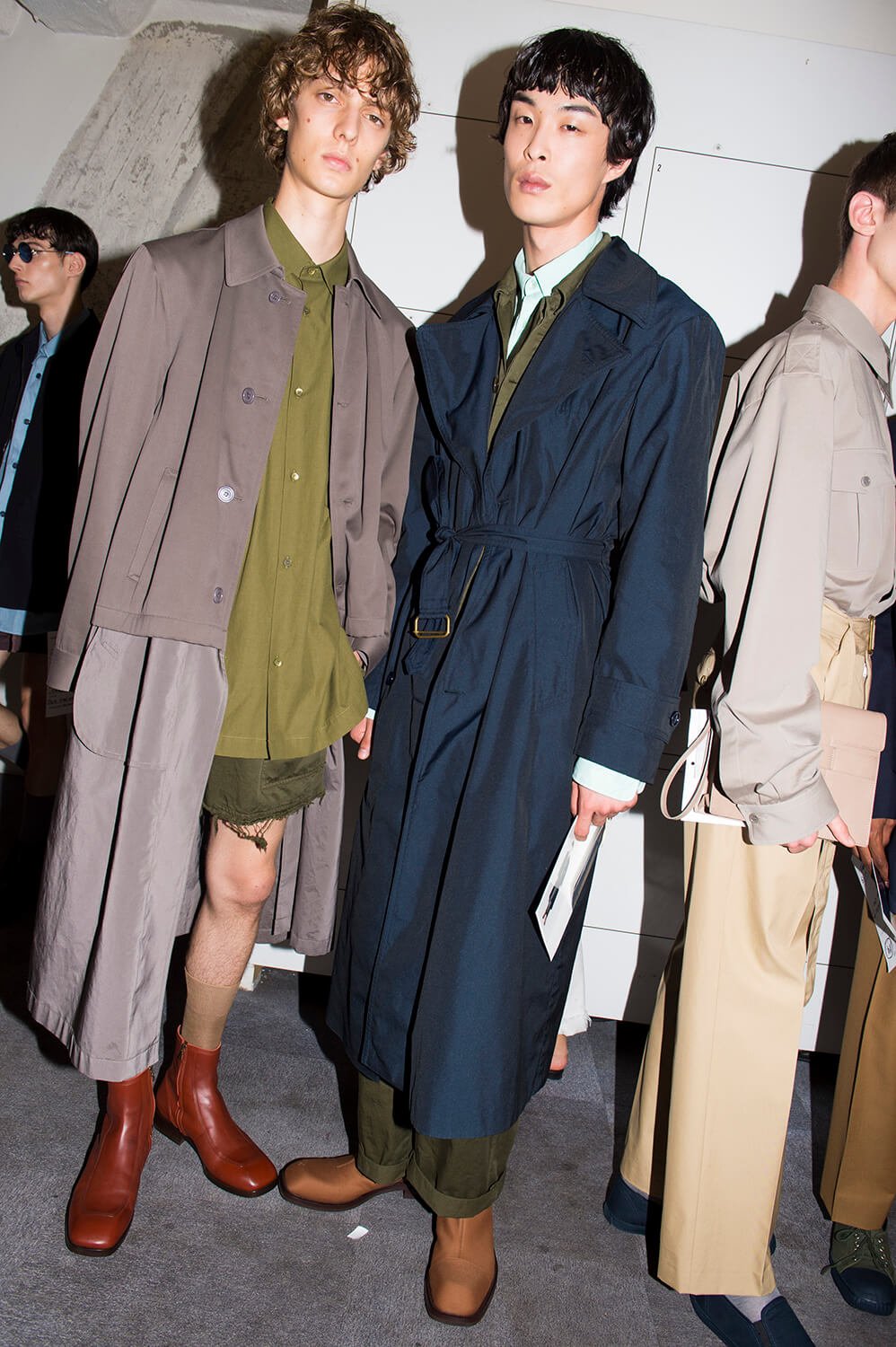 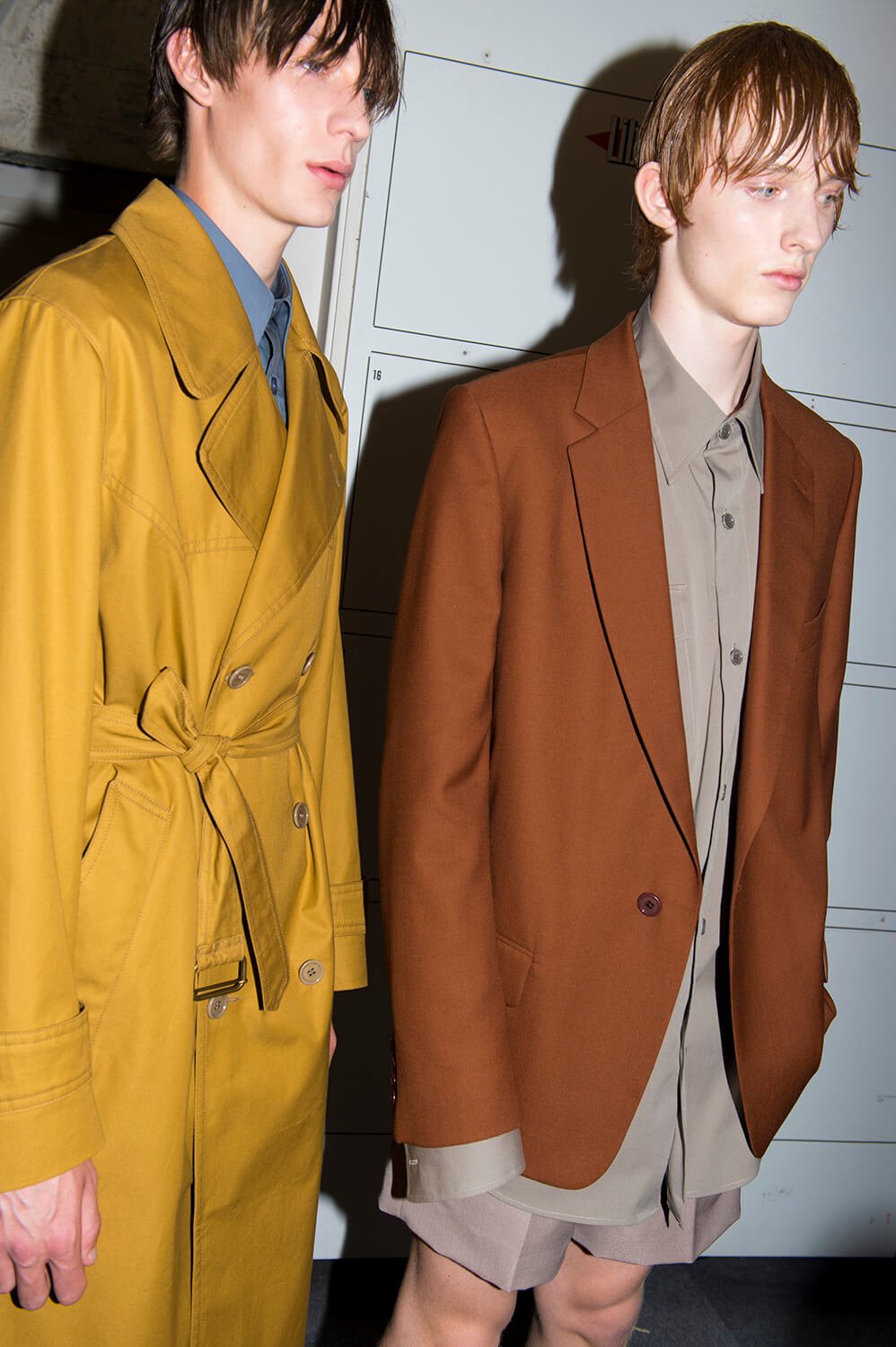 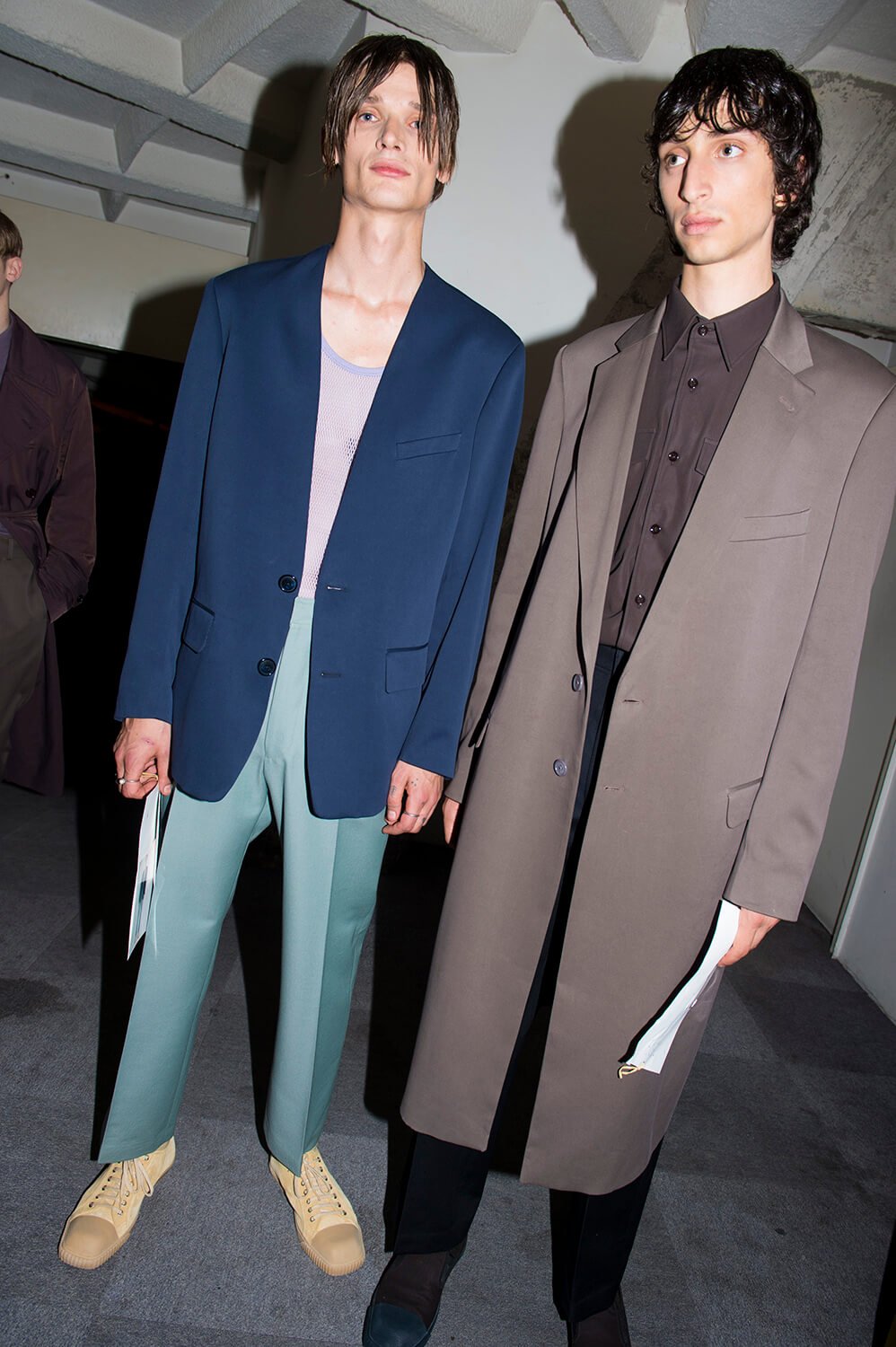 This evening’s Dries Van Noten menswear show took place in the former editorial offices of French newspaper, Libération. The newspaper itself was formed in the wake of the protest movements of the 1960s and 1970s, and somehow it felt like that moment in time was imprinted on to the collection – the clothes falling somewhere between student and soldier, tinged with the upheaval of those changing decades. Shirts had a military feel to them, but worn here big and baggy, with thigh-grazing shorts and pulled-up sheer pop socks. Tailoring was amplified, but languid – the same shape echoed in long leather trench coats, tied around the waist.

Easy knitwear came in military greens and pale greys – a colour palette that continued throughout, supplemented with mustard and petrol blue, and touches of blush pink. It finished with print – palm fronts and geometric diamonds, like Seventies wallpaper. The colours and prints seem to hint that this was a collection somehow paused in time, fading away, reflecting the space itself – though Mr Van Noten offered only but a few words to describe the collection: “a selection of true garments in grounded colour and mitigated pastels. Matt with sheen. Languid with structured.” But then again, Dries never needs to say much. These are clothes that don’t require explanation – they are simply beautiful clothes, made with a deft, emotive hand.