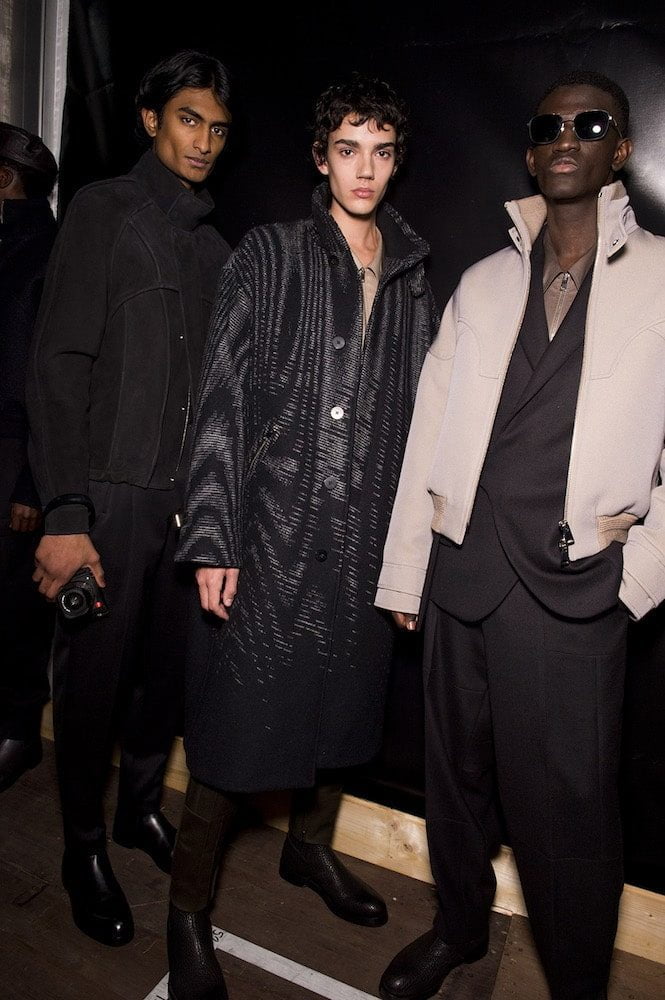 While more forward-thinking than womenswear in many ways, the world of menswear has been somewhat late to the sustainability conversation, with the exception of a few. One of those few megabrands that have been working for decades on consciously reflecting upon fashion are Ermenegildo Zegna. In 1993, the brand’s founder opened nature reserve Oasi Zegna with the goal of creating infrastructure and parks for all those living in the village of Trivero where their HQ is based. And after several seasons of introducing the environmentally-conscious conversations into his design process, Alessandro Sartori decided to put the subject front and central – quite literally. The set for his AW20 show at Ermenegildo Zegna was created in collaboration with American artist Anne Paterson who created thousands of ribbons out of fabric scraps discarded in the process of the collection’s making. The title of the show was Art For Earth, a catalyst for the next big project in the brand’s story – #UseTheExisting. Last night, Zegna’s models walked through a cubical forest of blue ribbons demonstrating the future of menswear.

On the catwalk, Alessandrio Sartori is all about neutralising the silhouette and playing with the male form in a subtle way while consistently introducing something new. Instead of just listening to his customers, Sartori broadens their perspective on tailoring. There were plenty of variations in jackets – for those more adventurous there were wrap closures and asymmetrical buttoning, while all classic chaps had the elongated double-breasted blazers with just two buttons. The #UseTheExisting state of Zegna was reflected in the fabric choices, with a mix of the finest natural and synthetic fibres giving depth of details.

A surprise for the tech-lovers came in the form of a collaboration with Leica – leather camera bags, straps and holders were just the physical outcomes which will definitely find their place on our wish lists for the coming season. The partnership between the two brands will continue with a photographic project portraying modern masculinity through a female gaze, as an extension of their previous #WhatMakesAMan campaign.

Zegna Present the First Chapter of Their New Campaign, #WhatMakesAMan