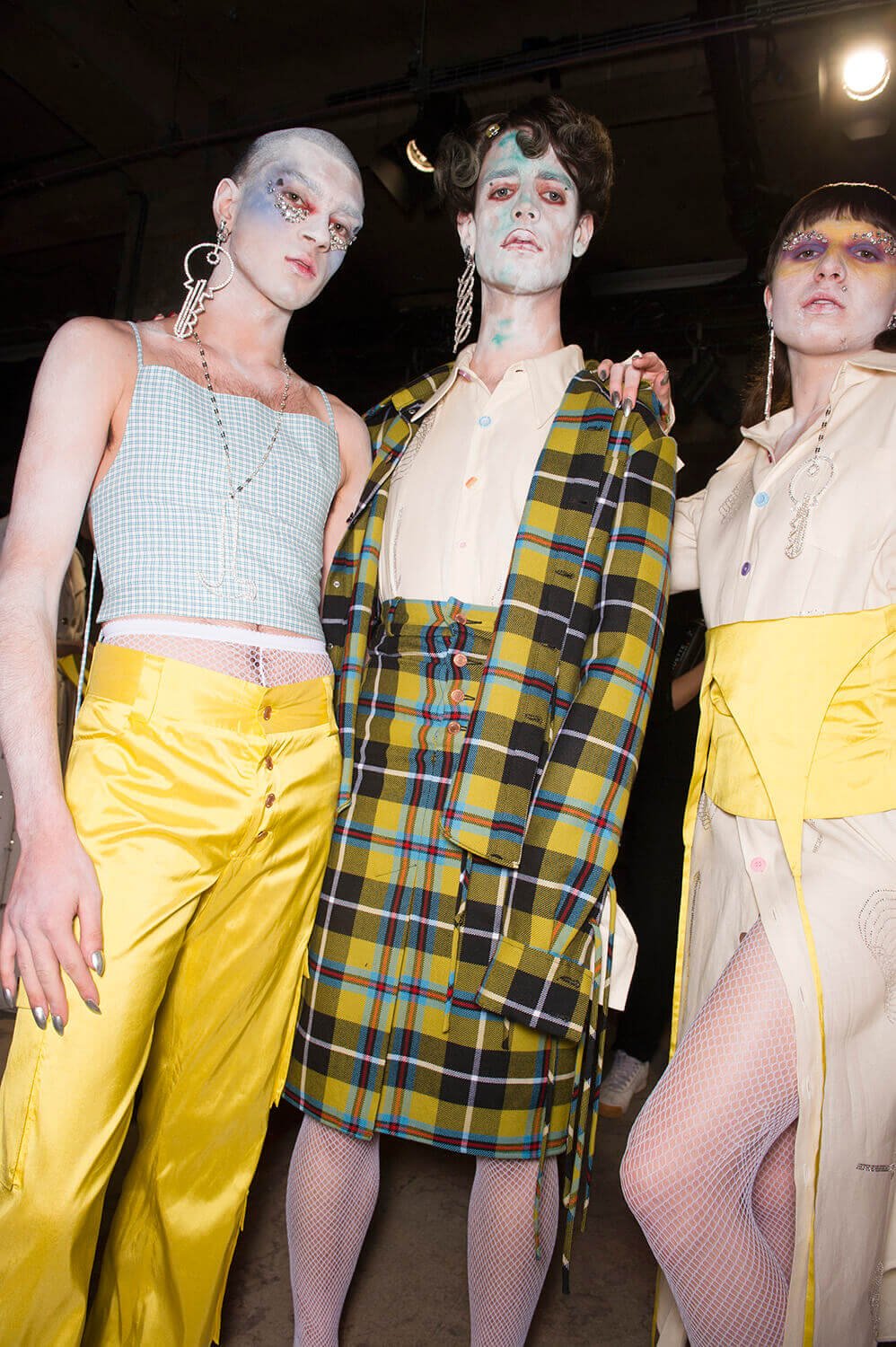 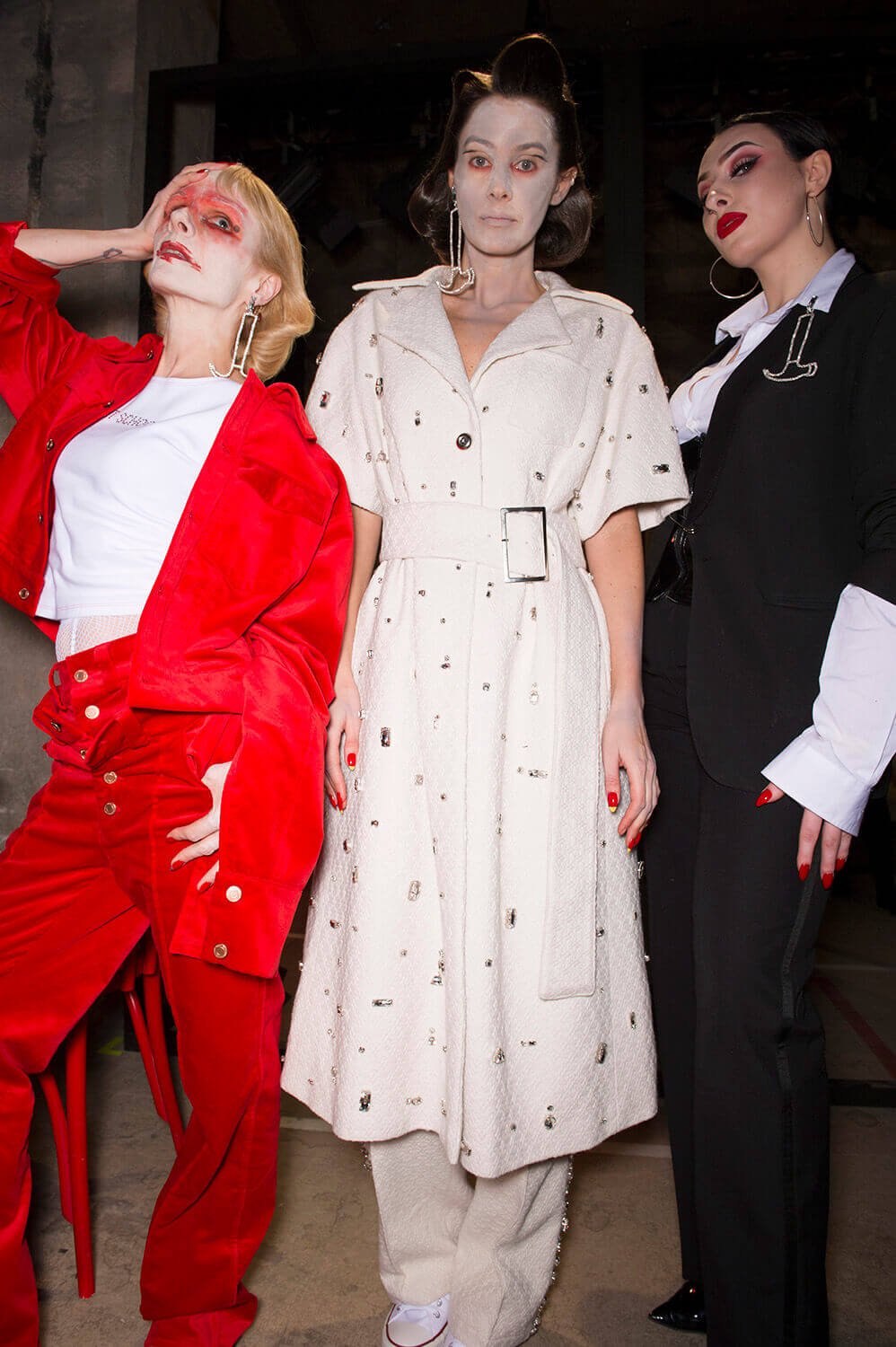 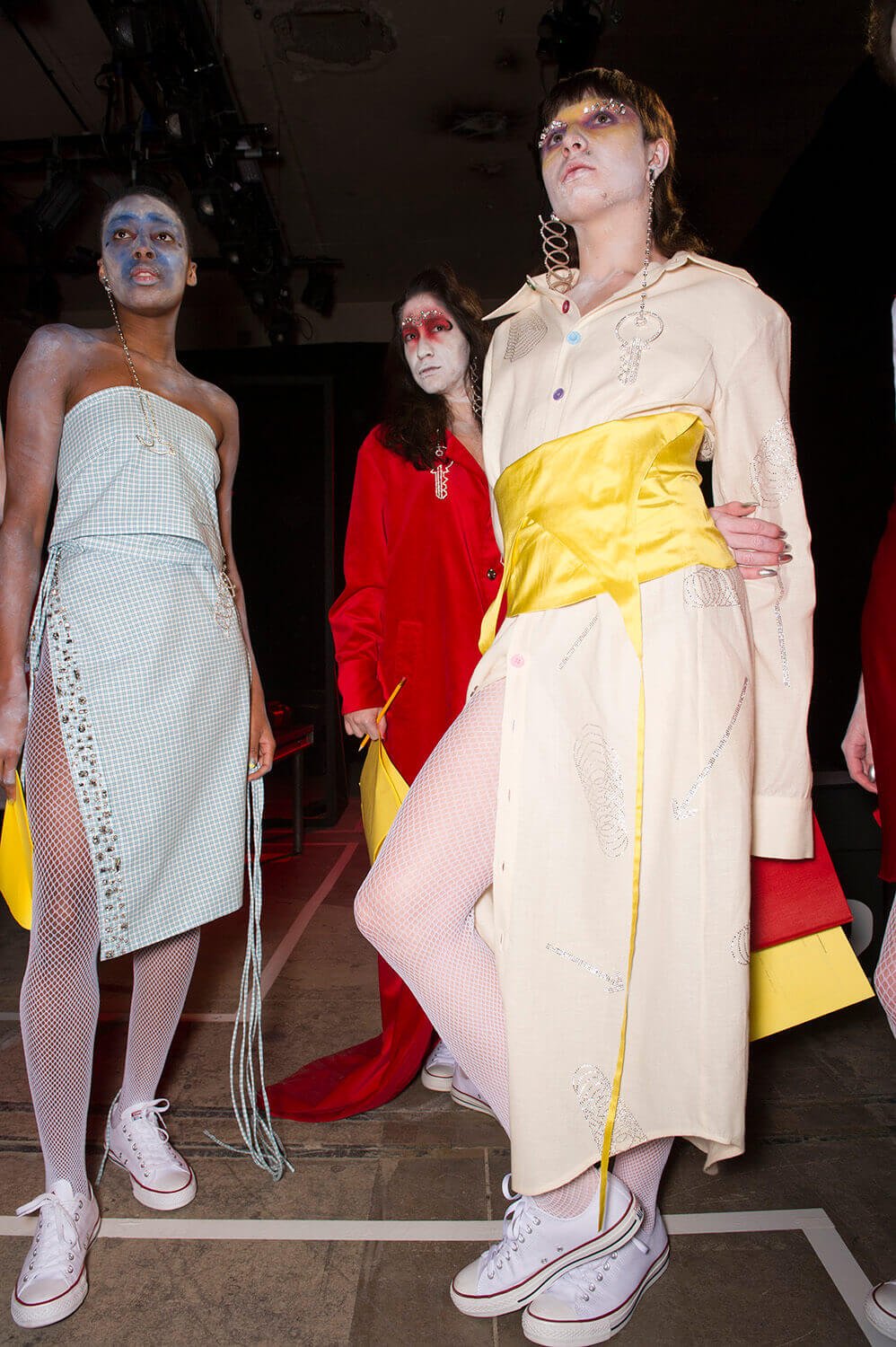 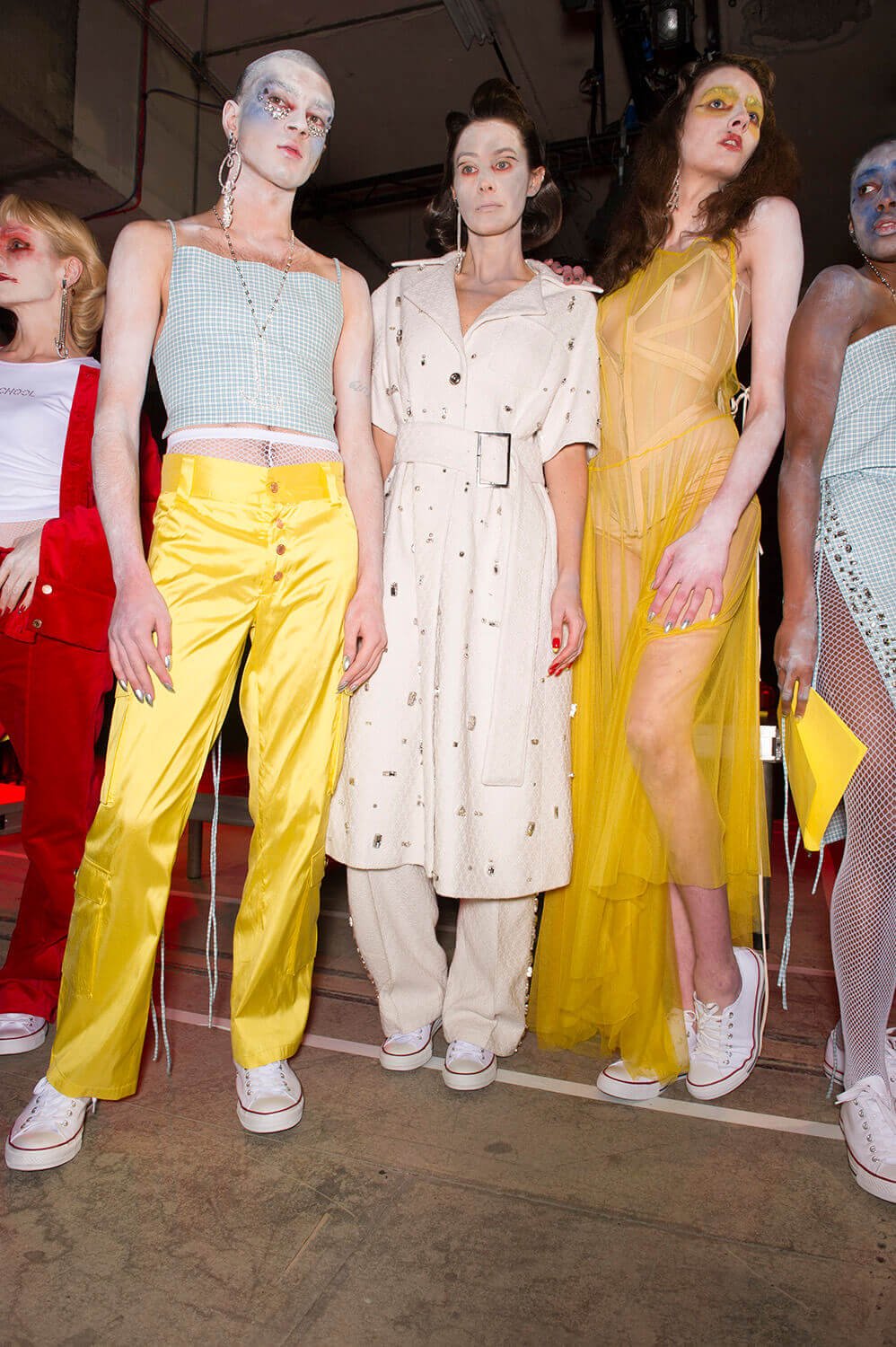 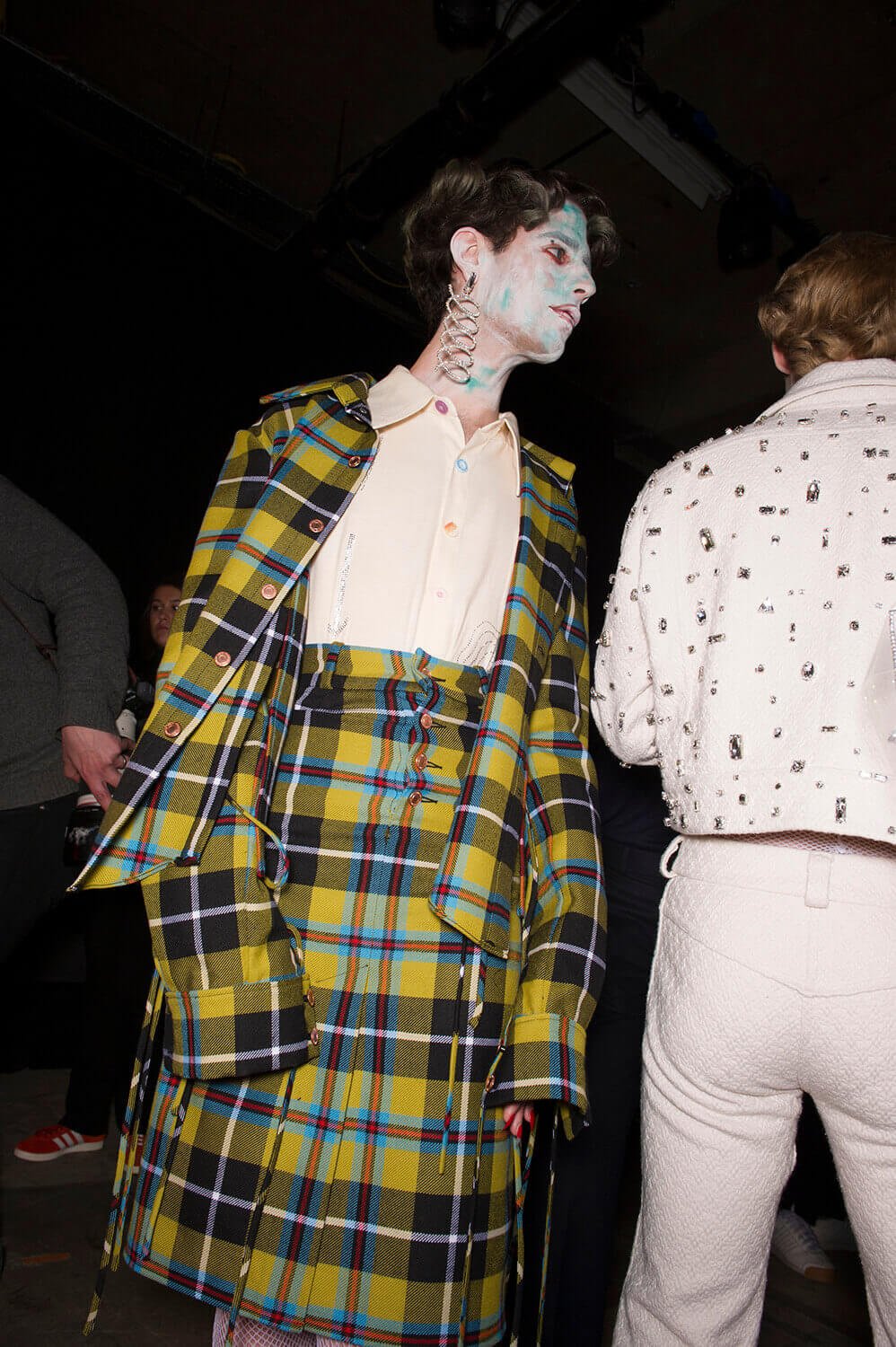 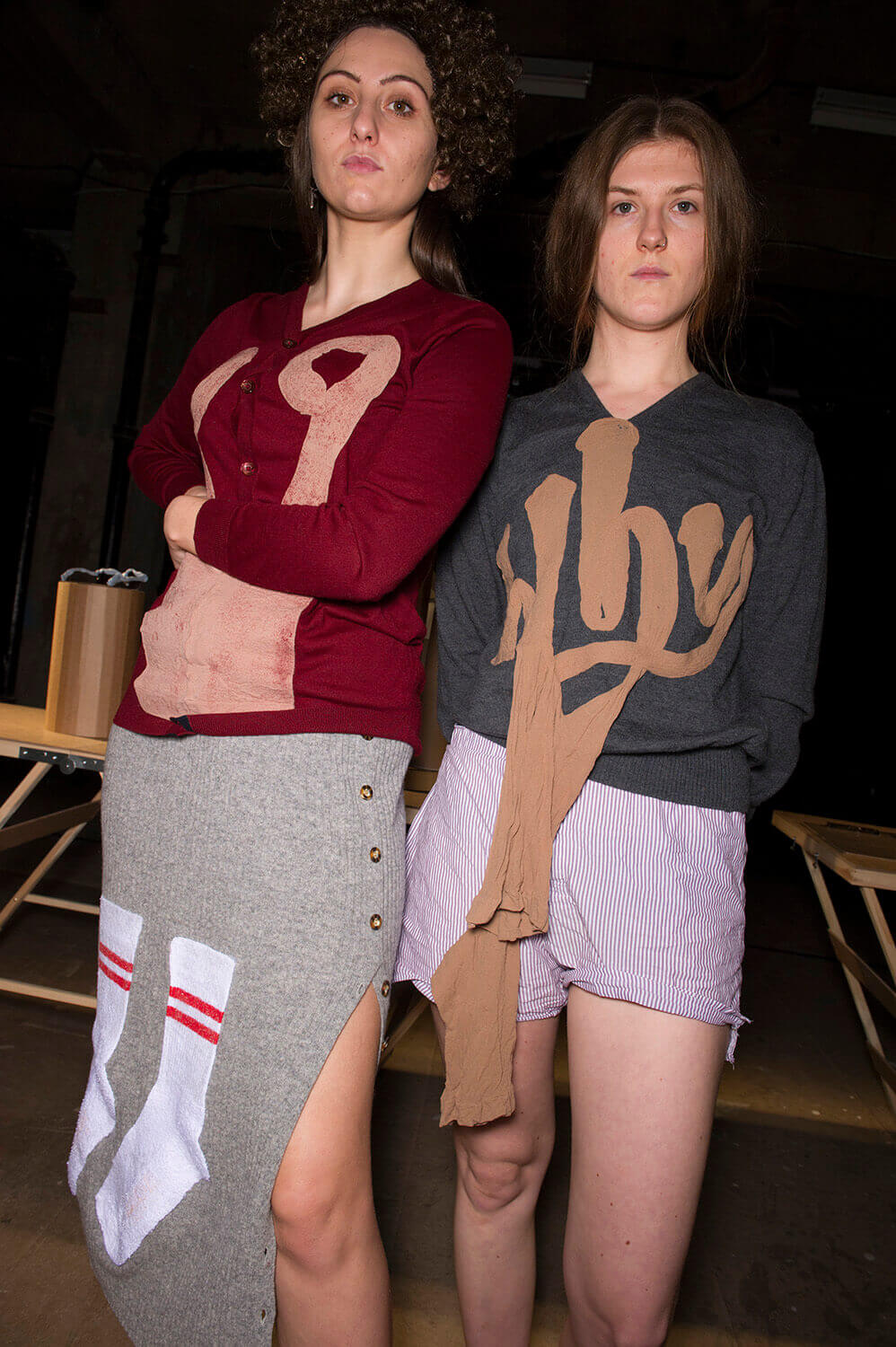 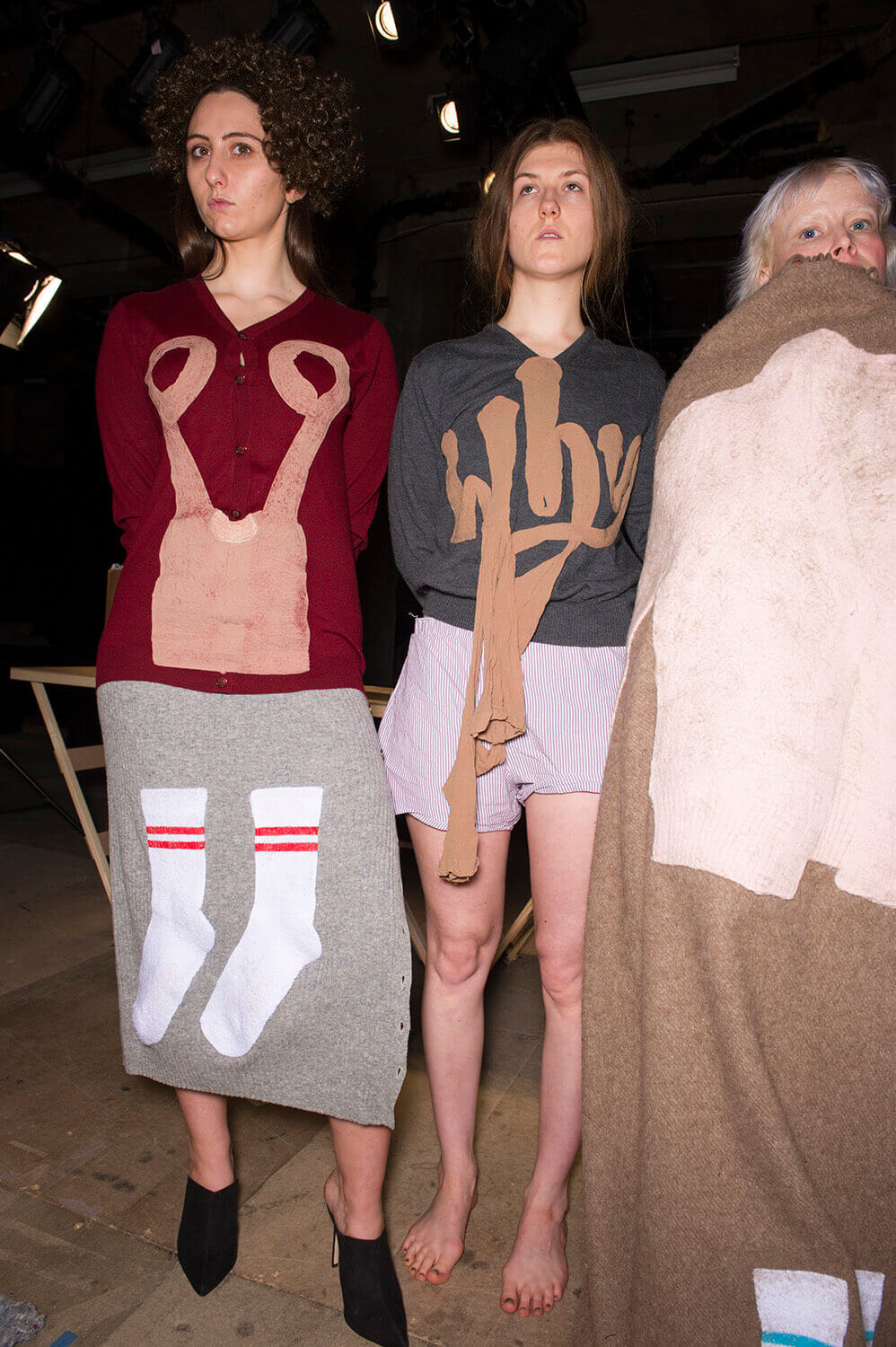 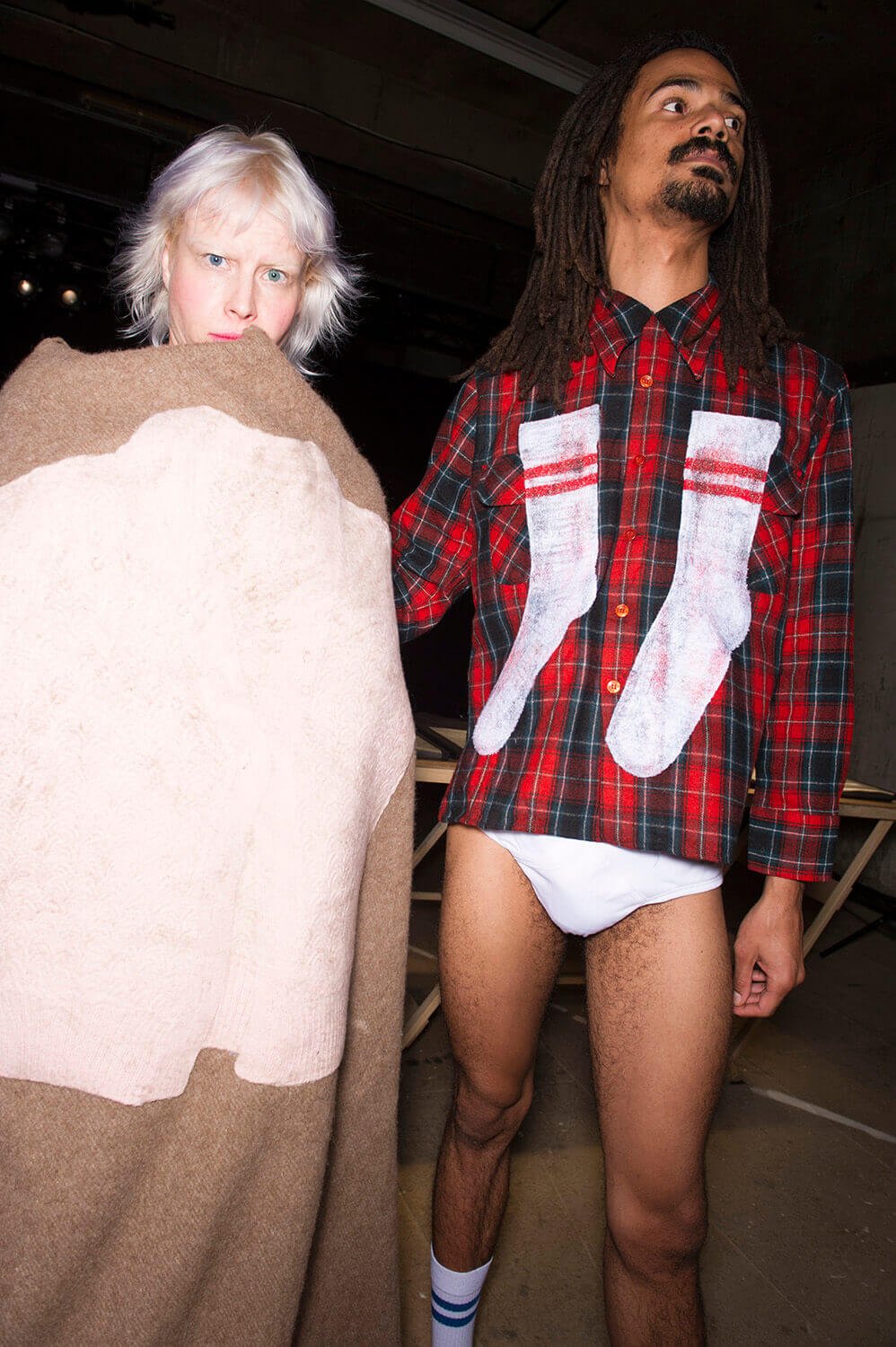 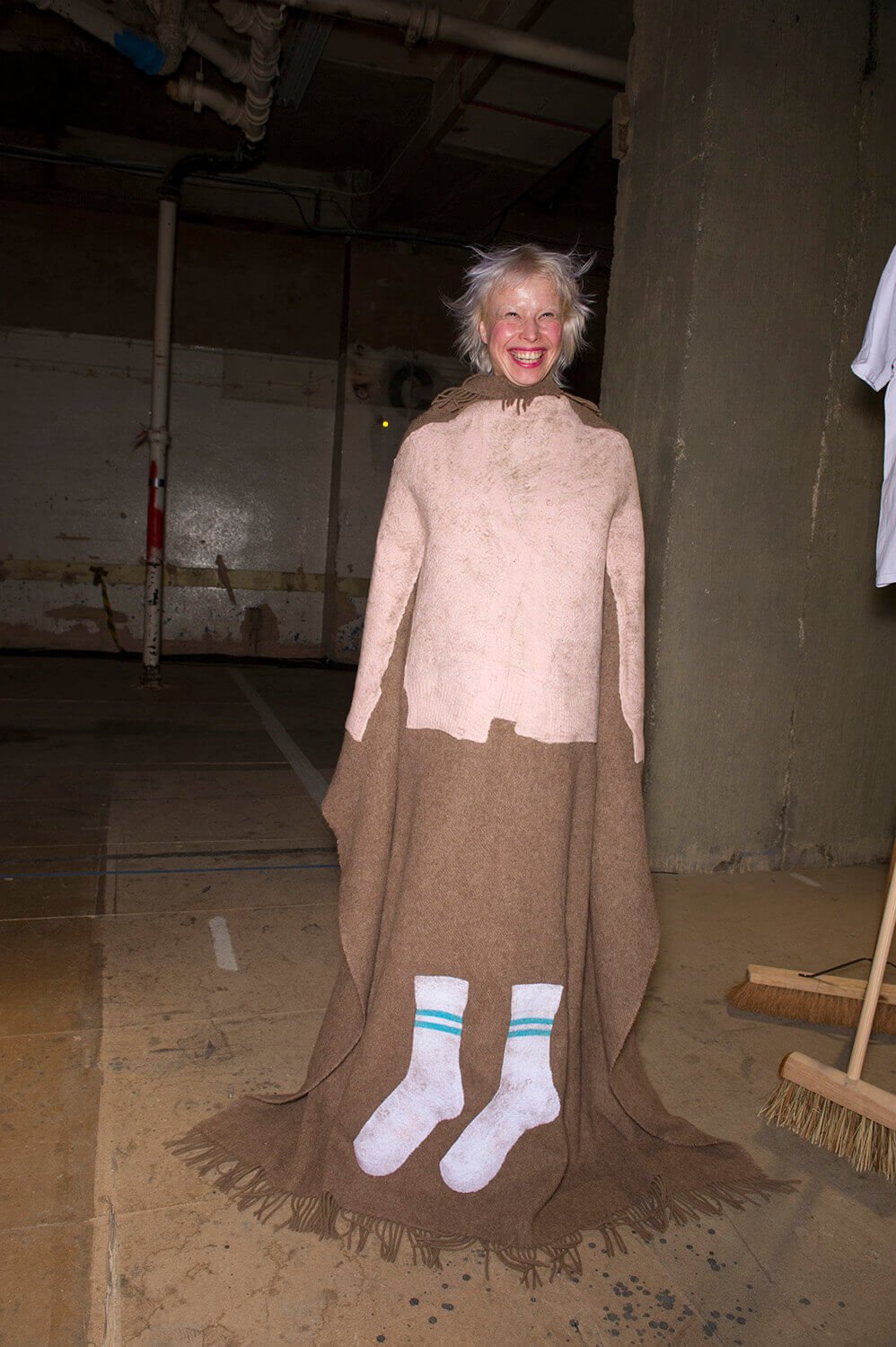 Sophia came back to the office waving about the press release for ART SCHOOL’s (duo Eden Loweth and Tom Barratt) debut presentation at Fashion East today. “This,” she declared. “Was fab-ul-ous.” And fabulous it most certainly was. There was dancing. Or, as this was choreographed by the Theo Adams Company, and so was thoroughly moderne, let’s call it movement. A sort of follow the leader situation. The clothes themselves were a play on gender – boys in dresses and and fishnets that crept above the waistline, skinny strapped tops, a riot of colour. And all with a smattering, nay covering, of crystal jewels. Regular Friday night round ours then. As the press release informs us, “by examining non-binary identities… the designers elevate queer style as a response to the times which they live.” An energetic, exciting debut. At the other end of the room was Rottingdean Bazaar, brainchild of designers James Buck and Luke Brooks, who showed for a second time, which was, fittingly, a bit of a bazaar. As in, there was lots to look at – fake care labels hung up as if for sale, blue tack rings embedded with roman coins, t-shirts made from iron filings. And sweaters that, continuing from last season, had tights stitched upon them into the words YES, NO and MAYBE. And, for good measure, a boy in pants and a girl in extra-extra-long socks. Socksy!