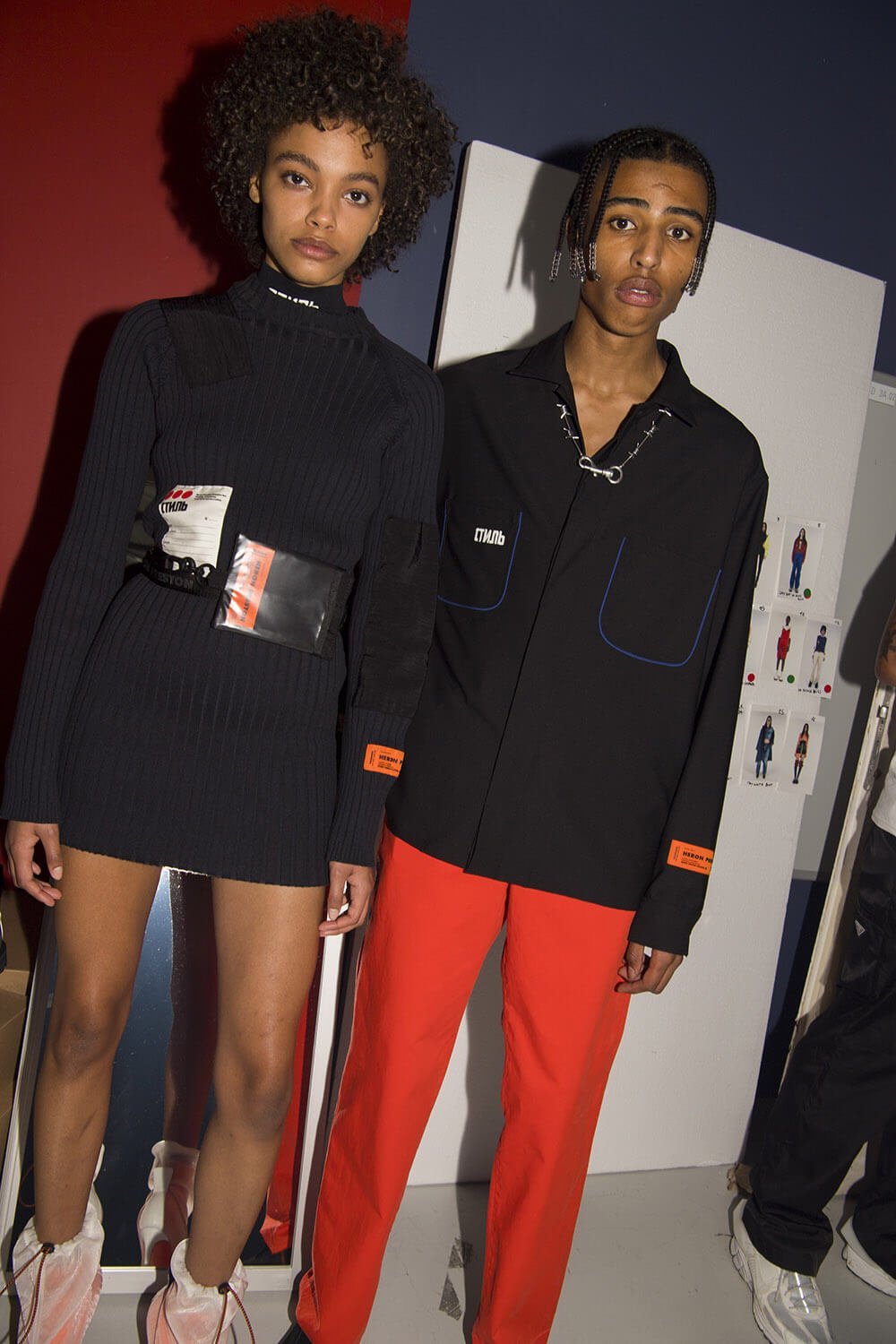 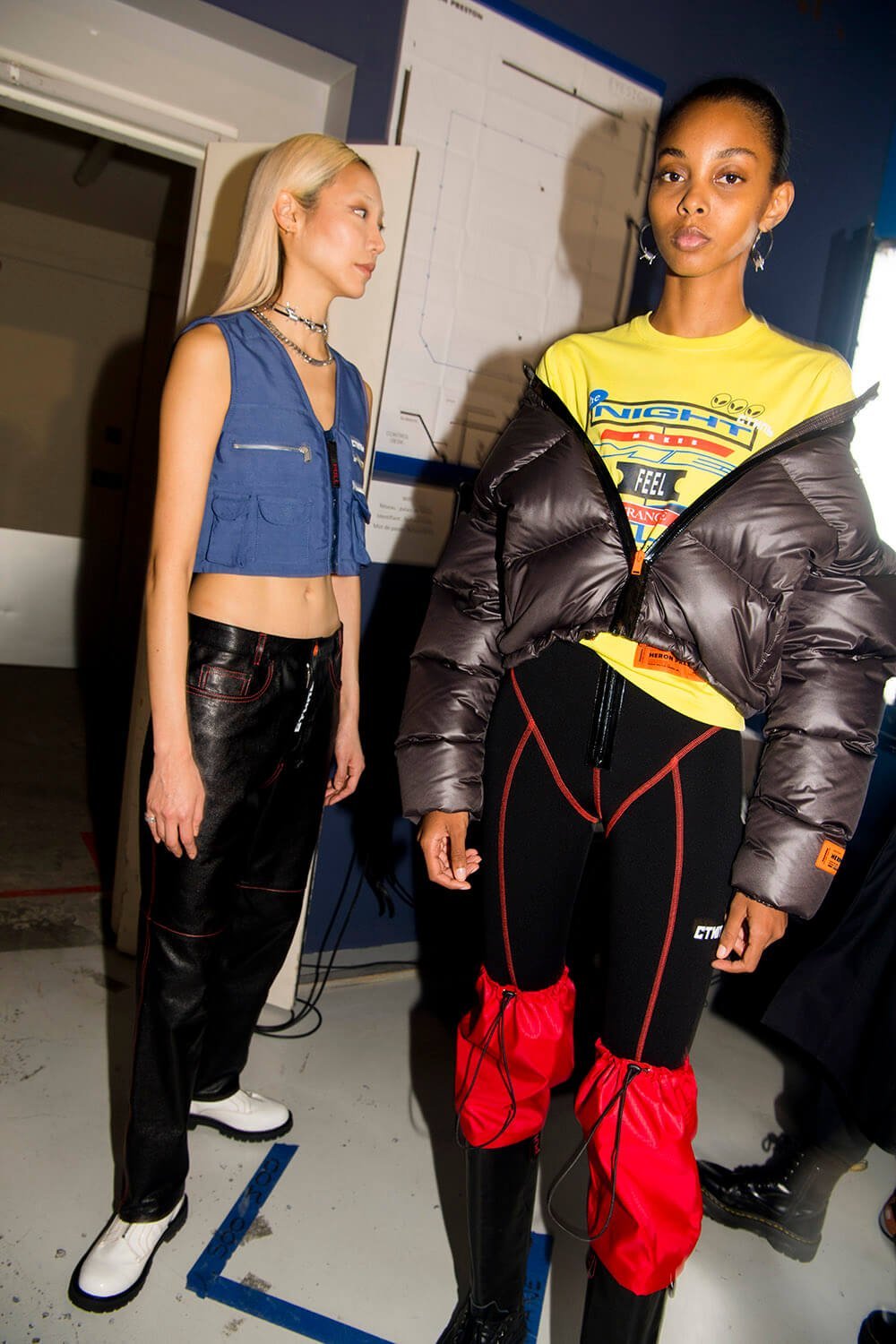 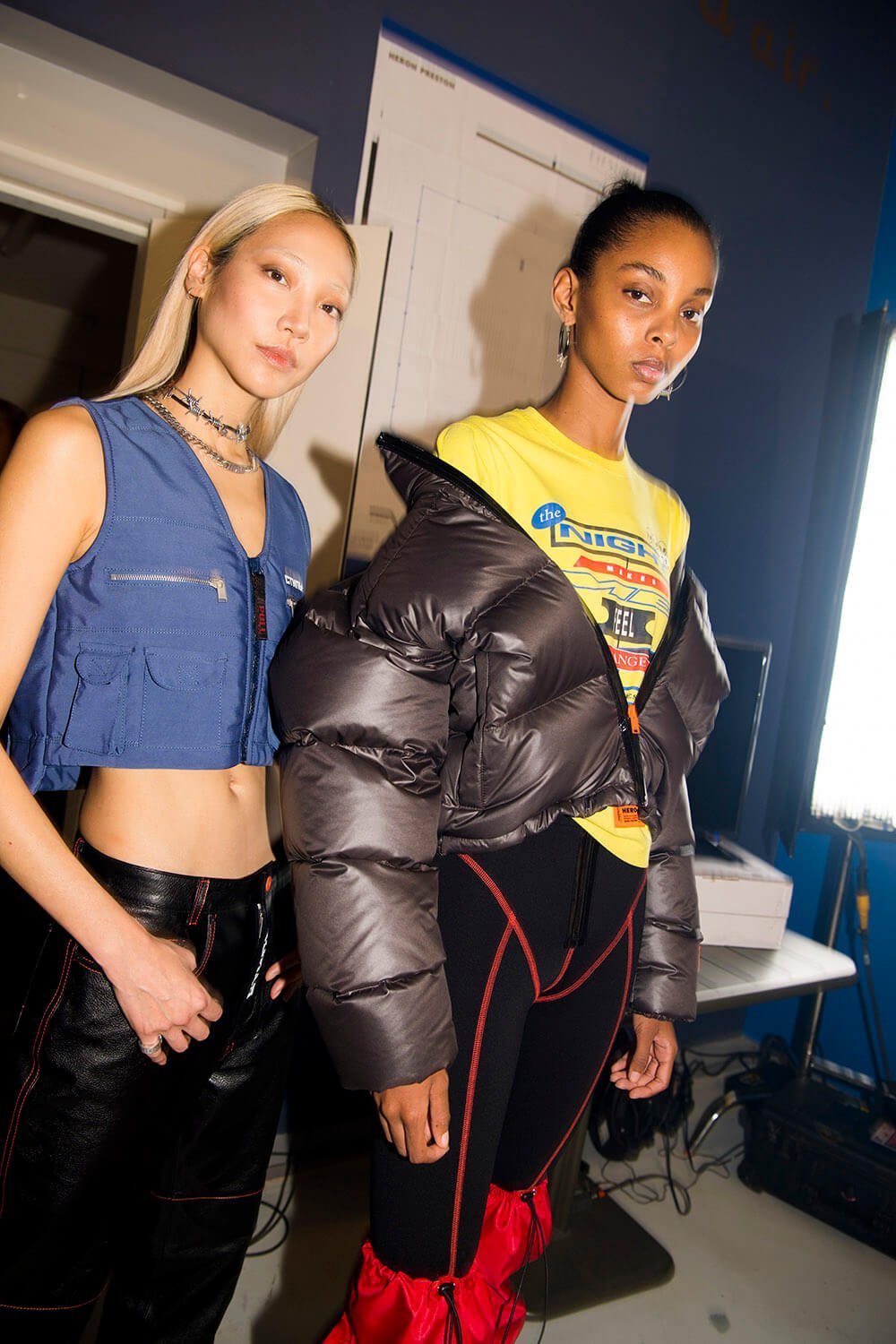 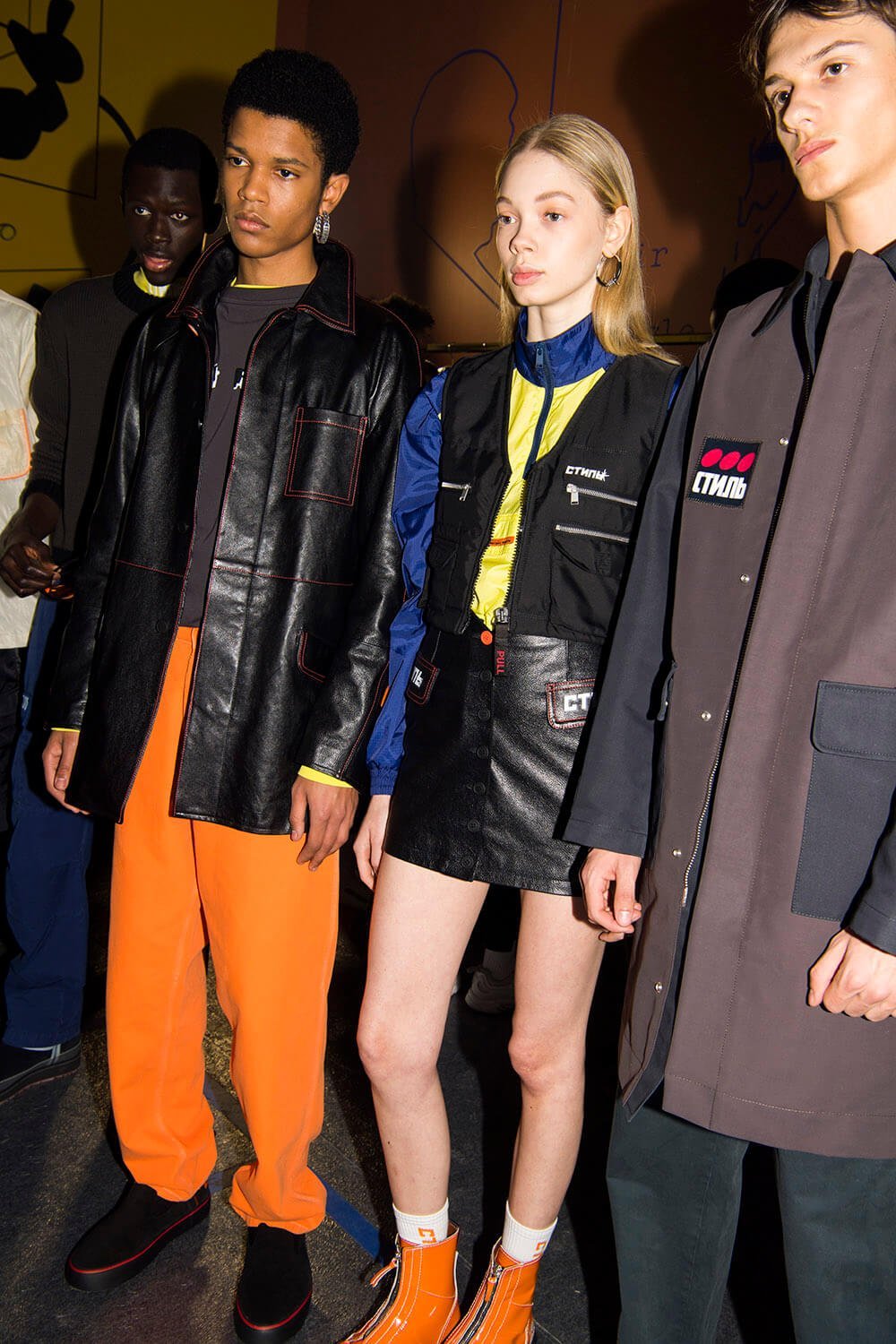 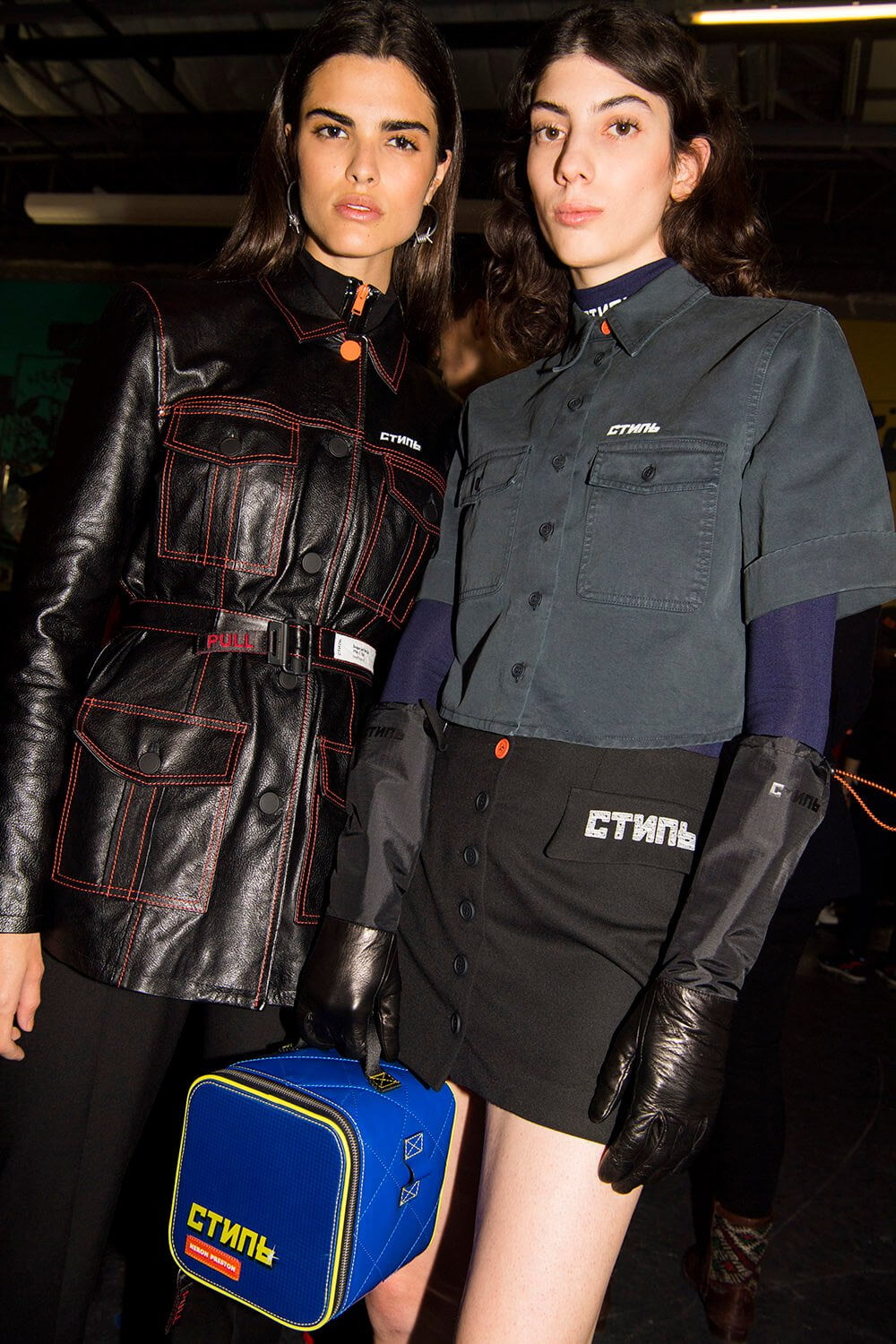 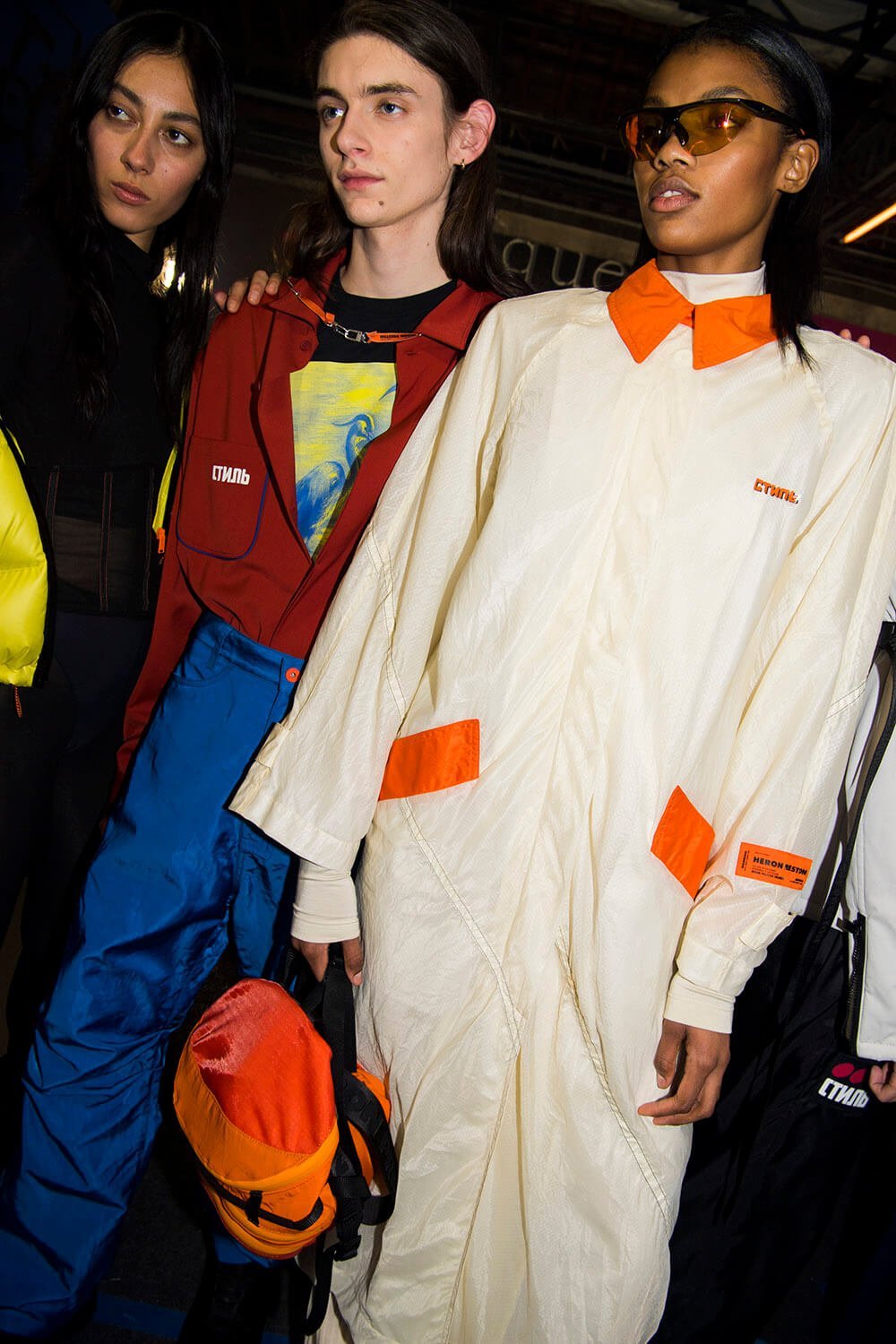 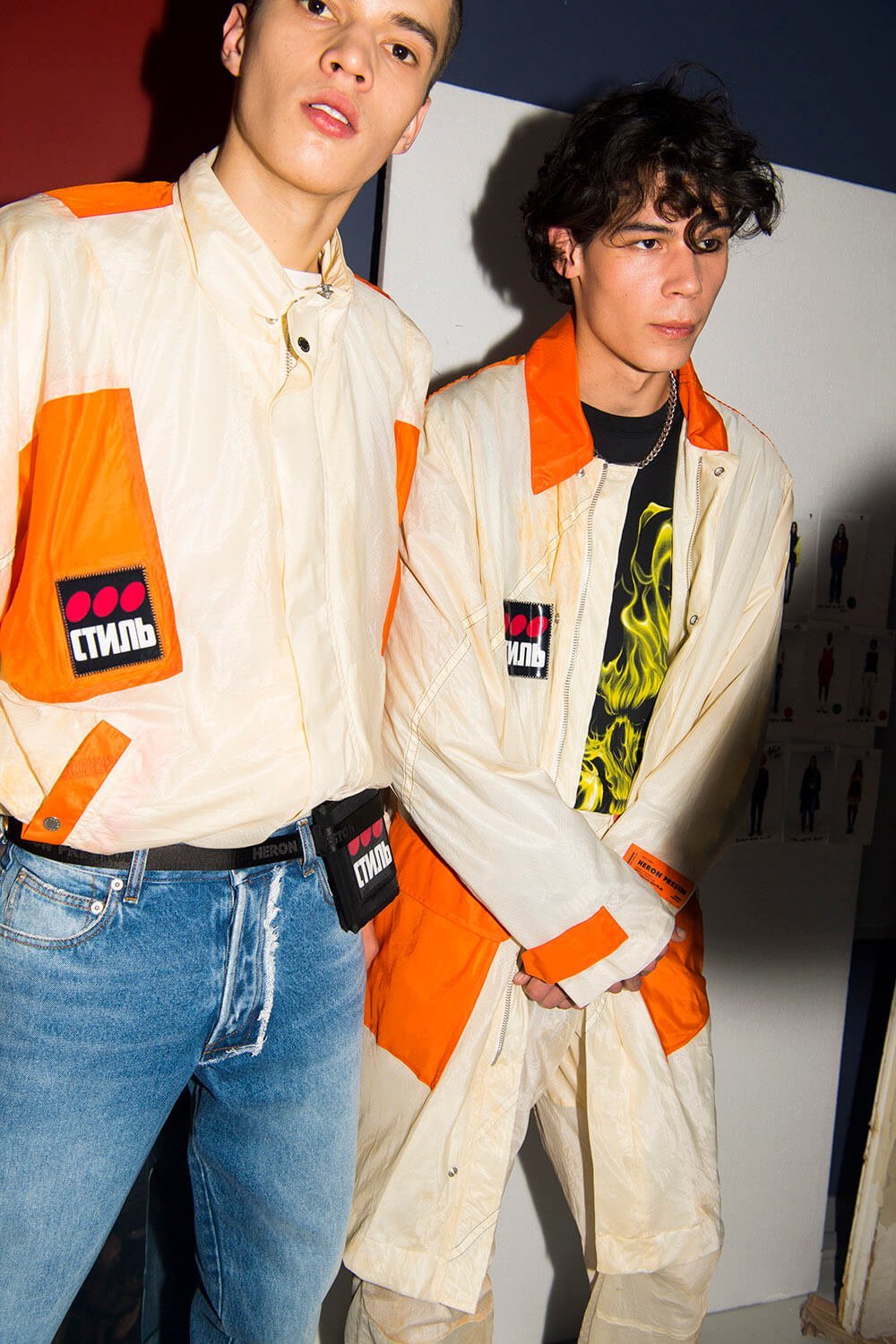 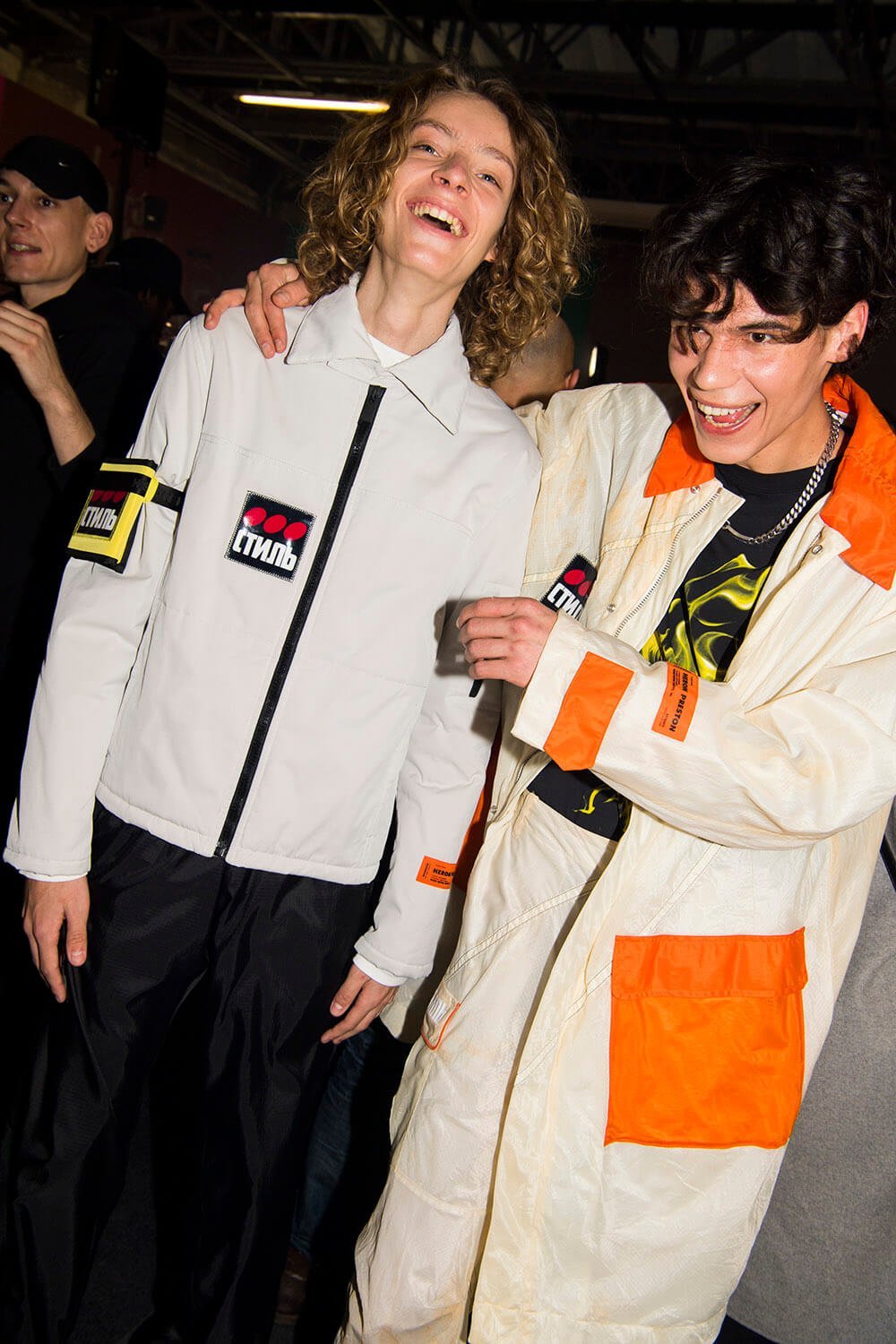 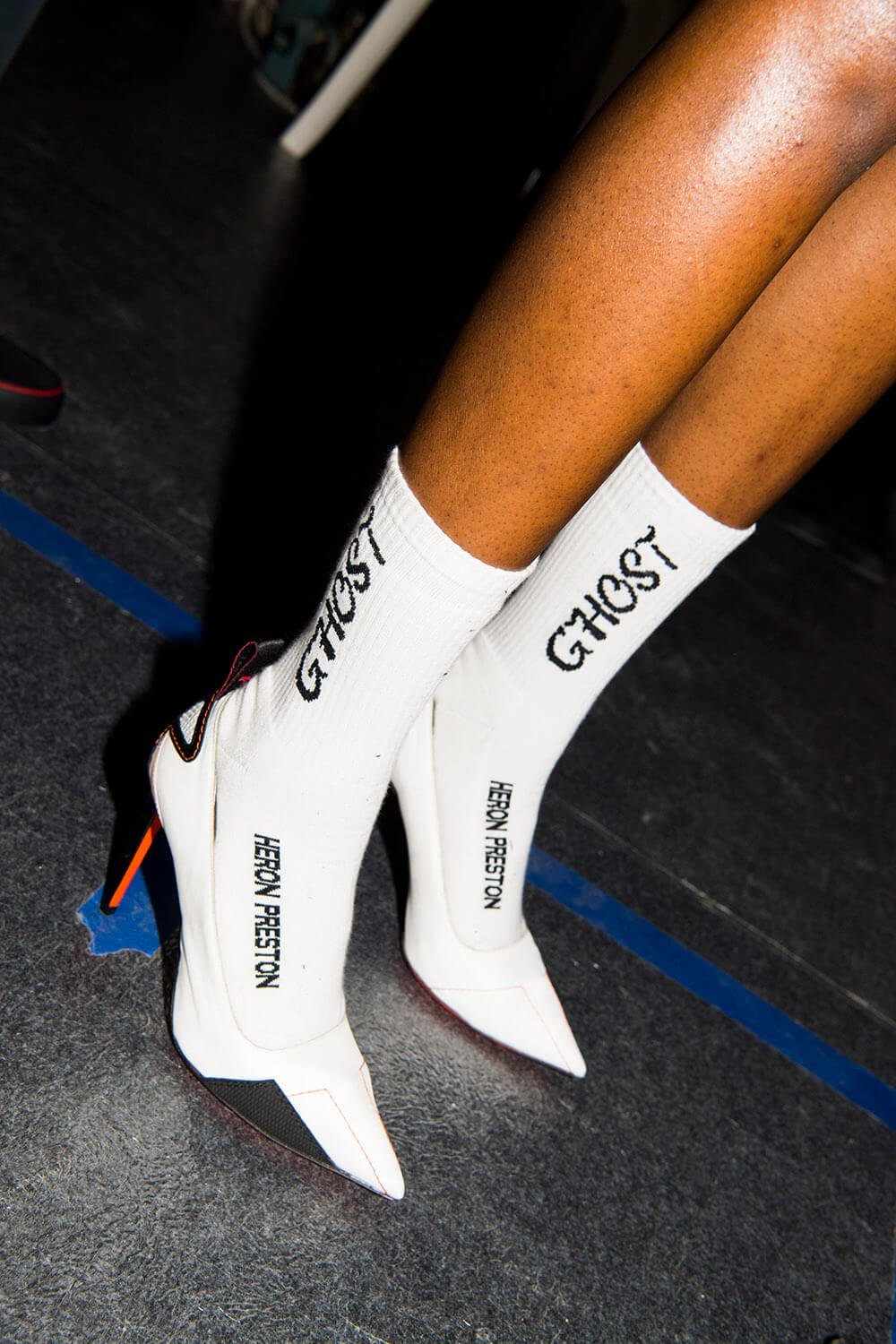 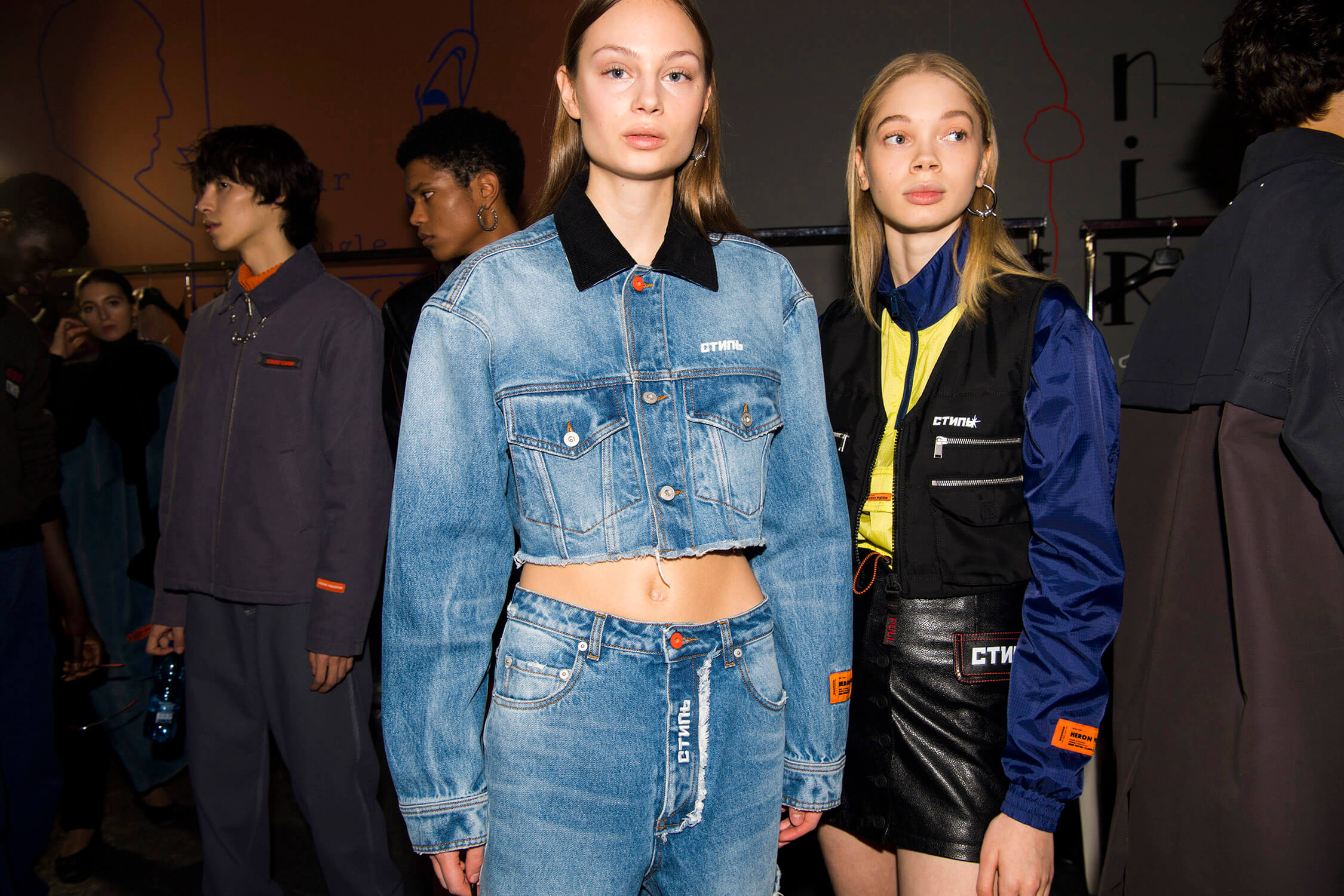 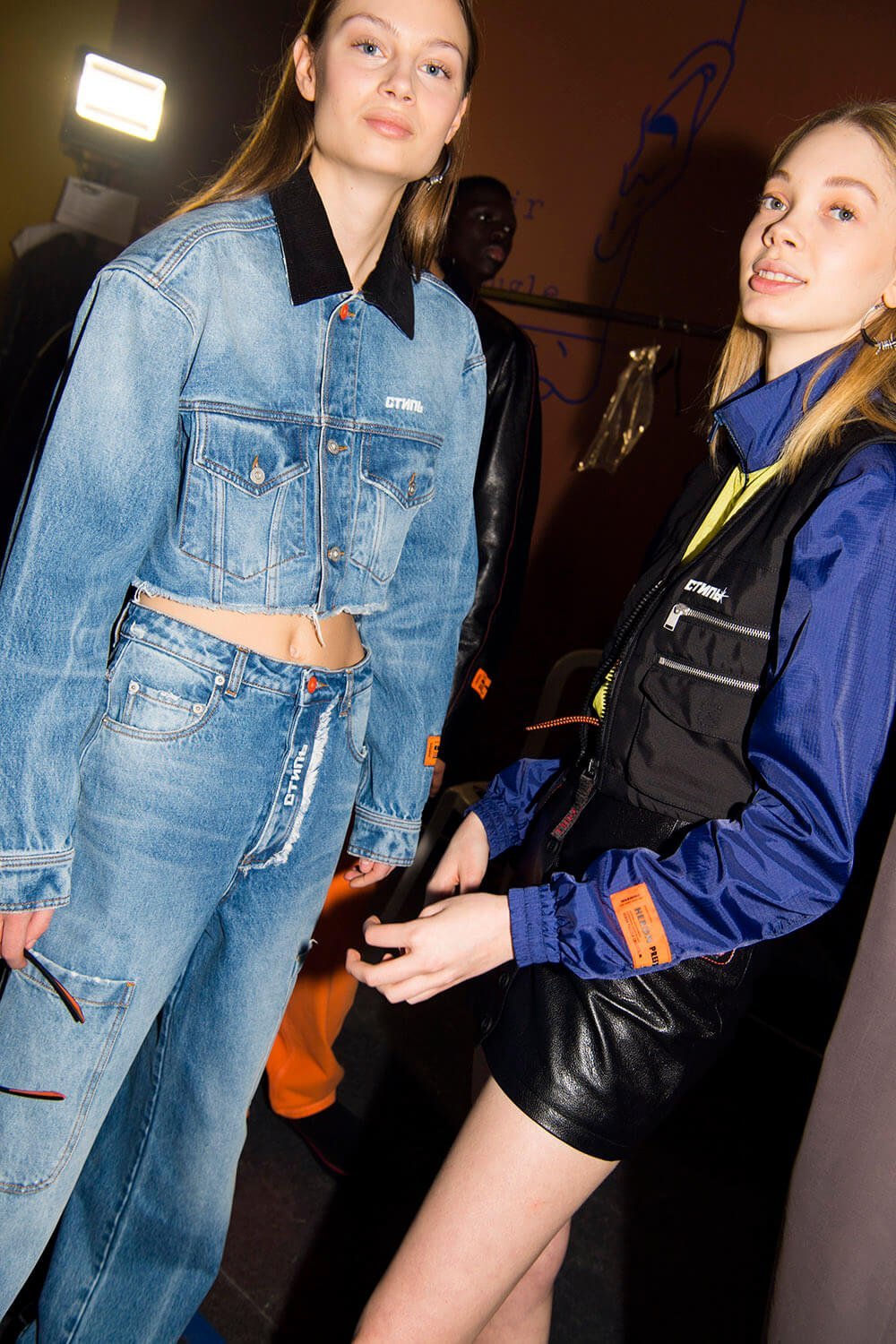 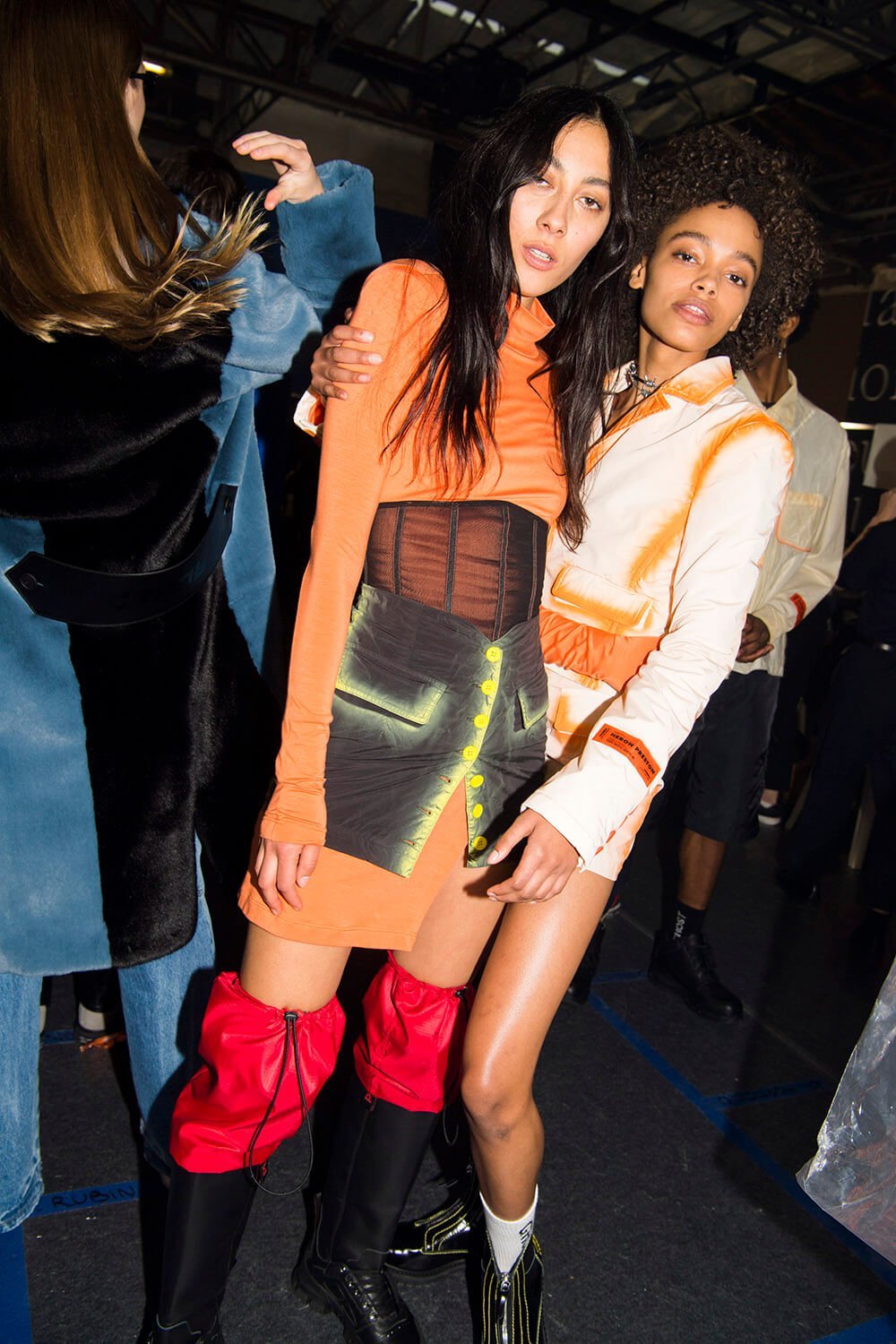 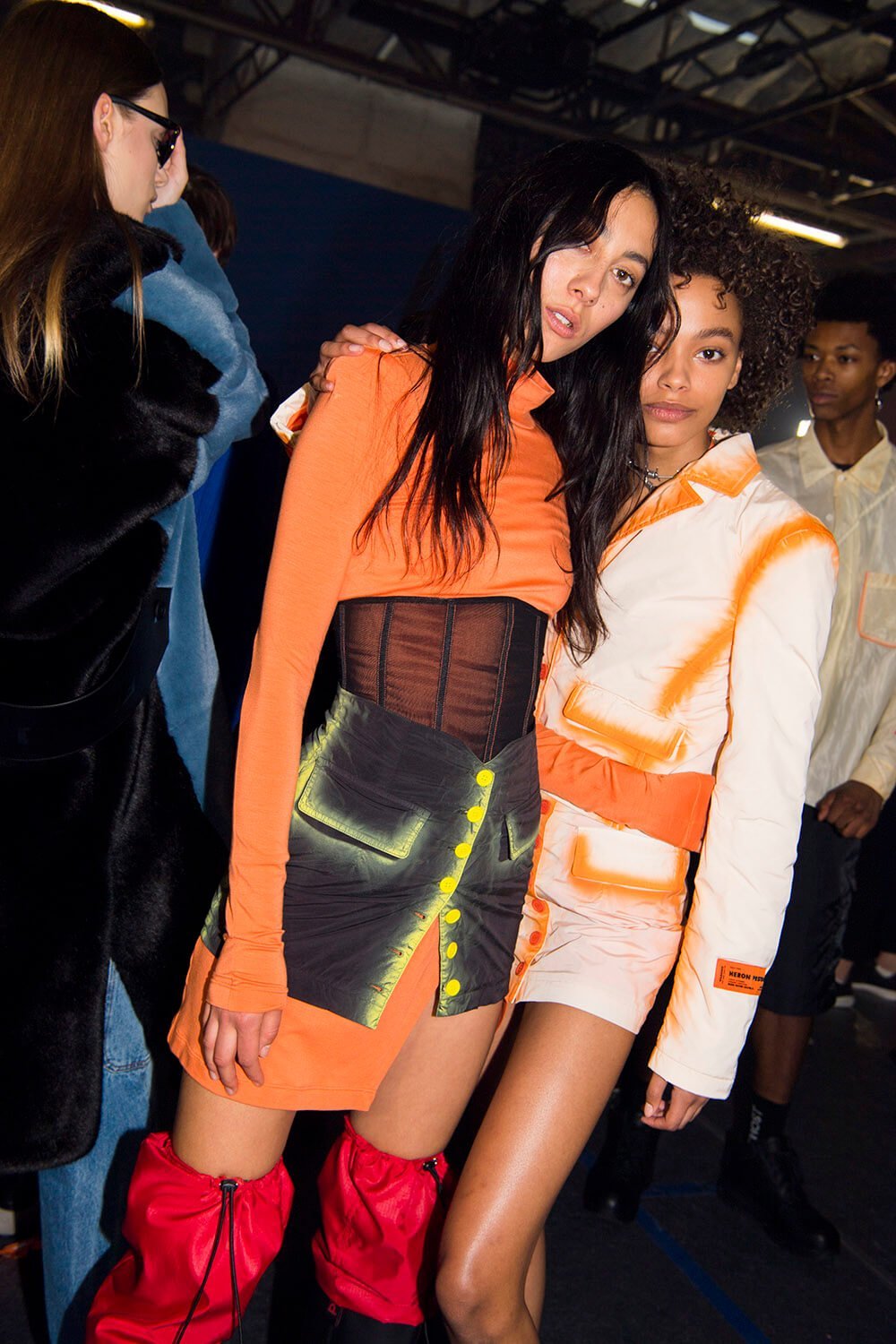 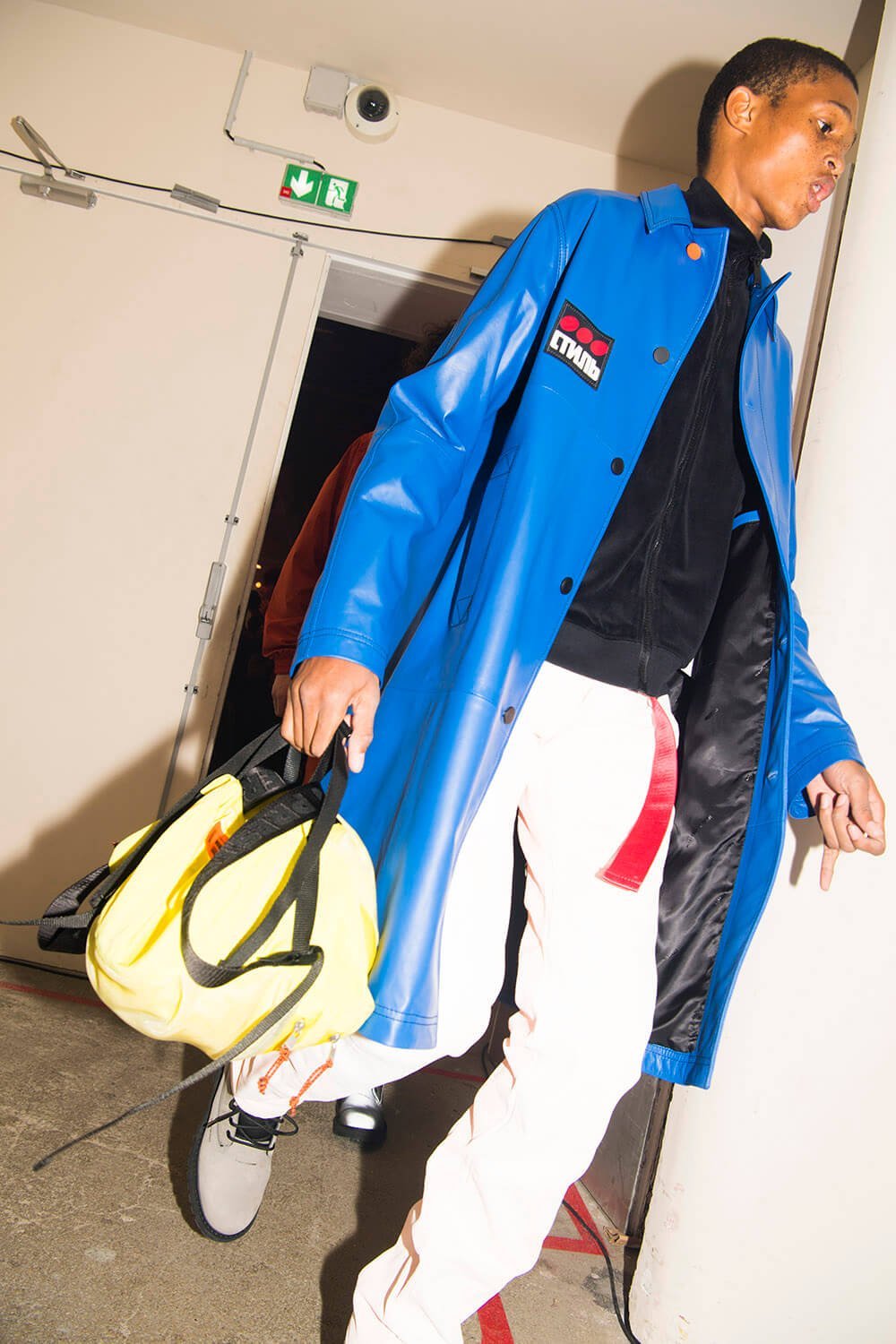 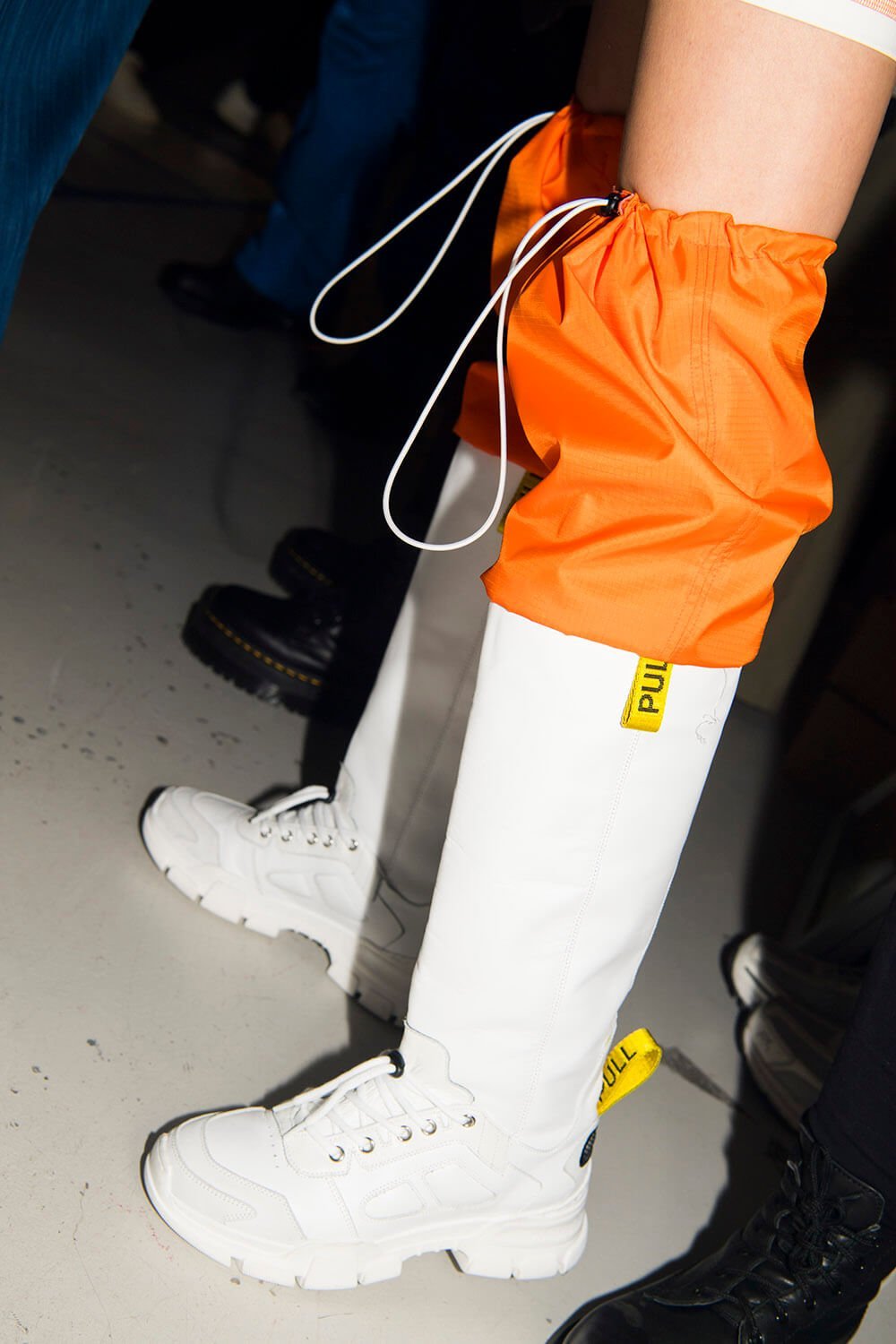 For the first show of AW19 Paris Fashion Week Men’s the Palais de Tokyo’s Galerie Haute was transformed into an immersive thriving airport terminal. Multilingual announcements rang out across the PA system, whilst metal detectors went off and projections beamed feeds from surveillance cameras. There was something at once a slightly surreal and uncanny in the quotidian experience for the majority of those arriving at Heron Preston’s show, who were well acquainted with passing through security at airports and stations, especially after spending the last few weeks between London, Florence and Milan.

Heron Preston (Heron Johnson, Preston is his middle name) has always had a penchant for uniforms, stemming from his admiration of them; as a son of a Police officer. Titled “The Night Shift”, the shownotes explained that collection “grew out of the designer’s fascination with security guards and TSA agents, prohibited items and restricted areas” and 24hr places. It was, in fact, the Transportation Security Administration’s Instagram feed that formed a starting point for the collection, which became a homage to the unexpected social media star and the TSA’s former Instagram account Bob Burns who died suddenly last year.

Workwear, activewear and streetwear pieces were elevated and reimagined with a quintessentially Heron Preston zeal. The designer also took the opportunity to debut his first full womenswear collection, starting the show with a cropped utility vest paired with a pair of low rise leather trousers and styled with bar wire necklaces. Shoes were the products of a new collab with UGG and a Heron Preston take on the Nike Huarache. Wherever you’re headed, passing through airport security in these clothes you’d surely look pretty damn fly.

Bringing Sexy Back (into Menswear): Ludovic de Saint Sernin is the Third Instalment in our 10 Designers to Meet