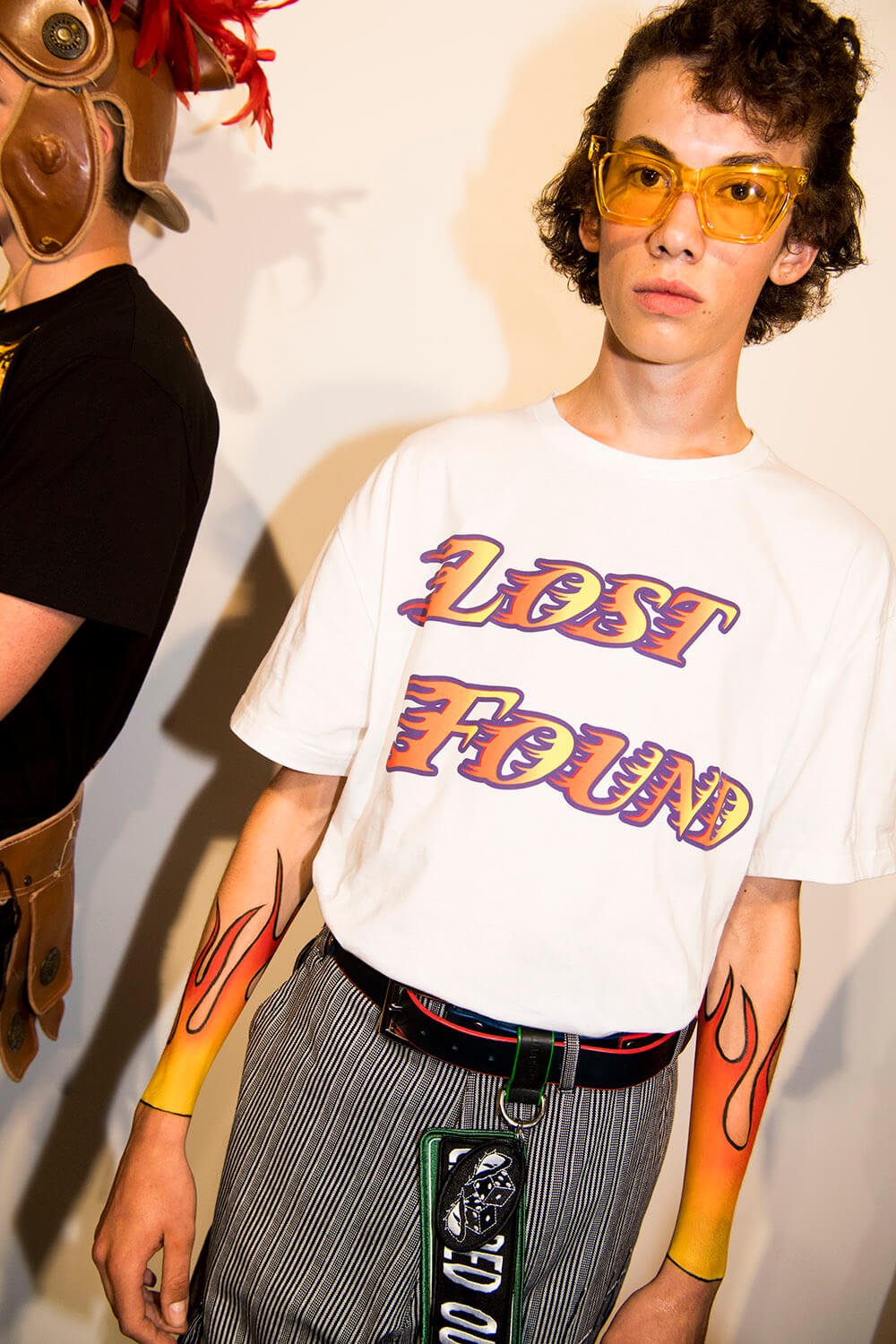 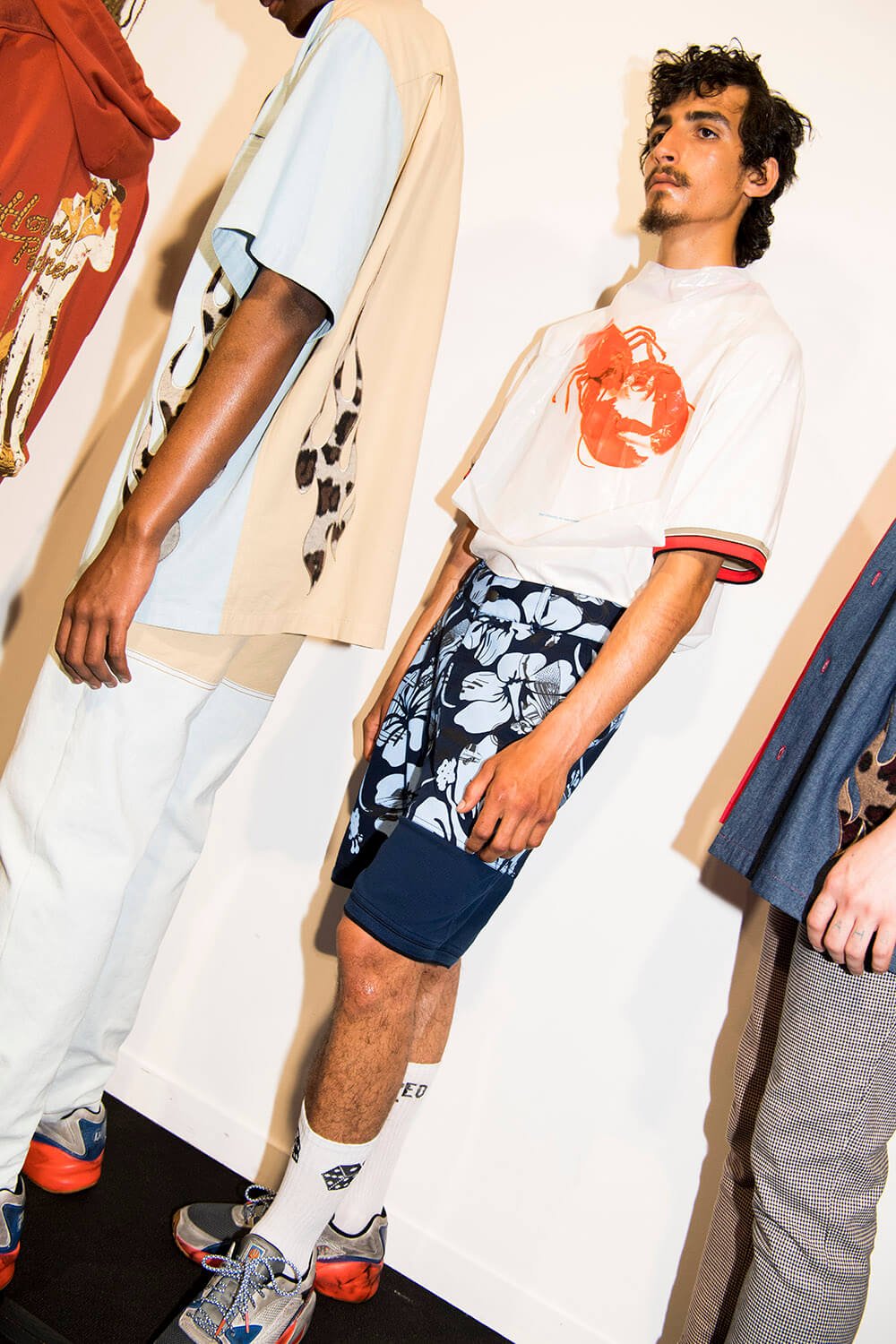 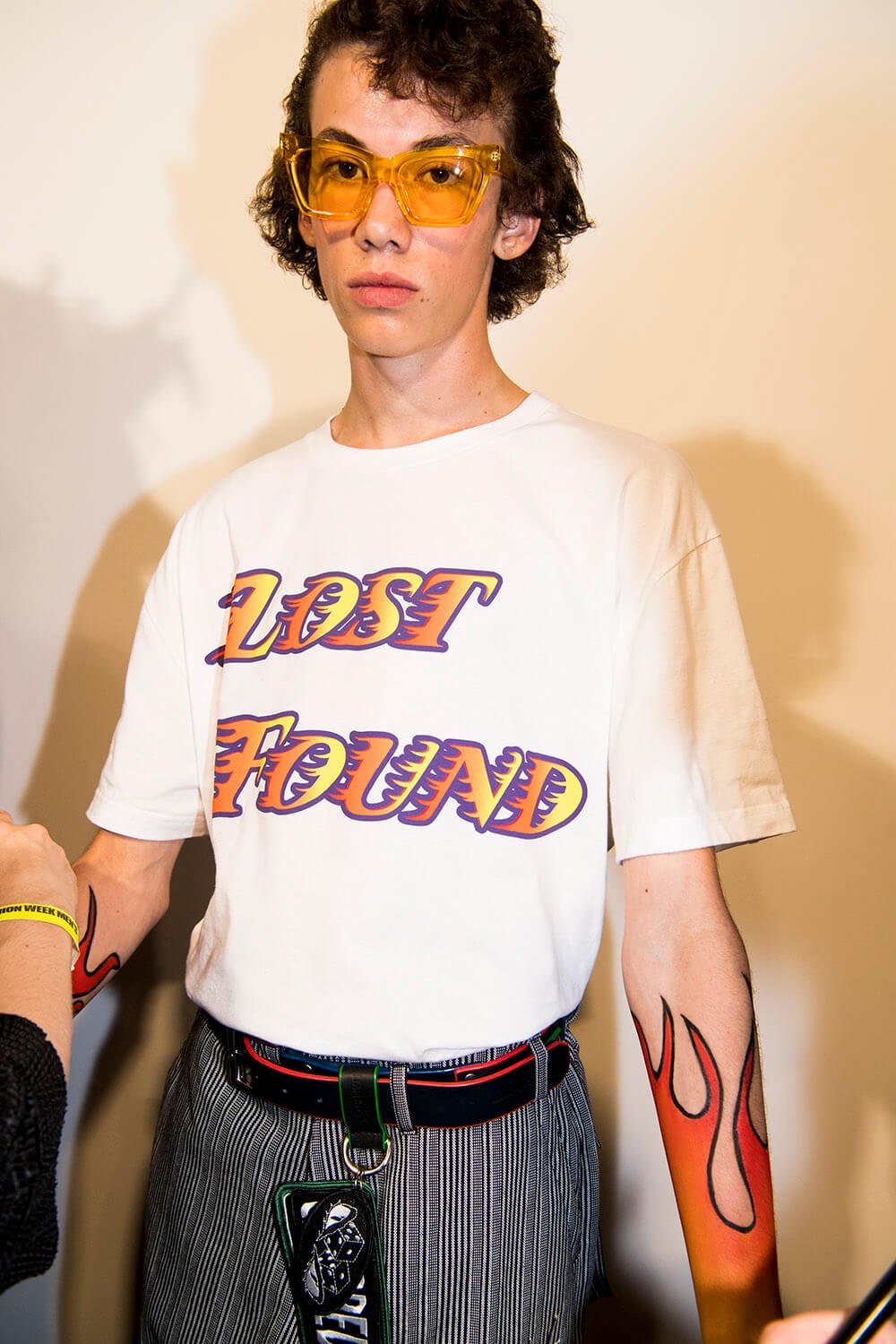 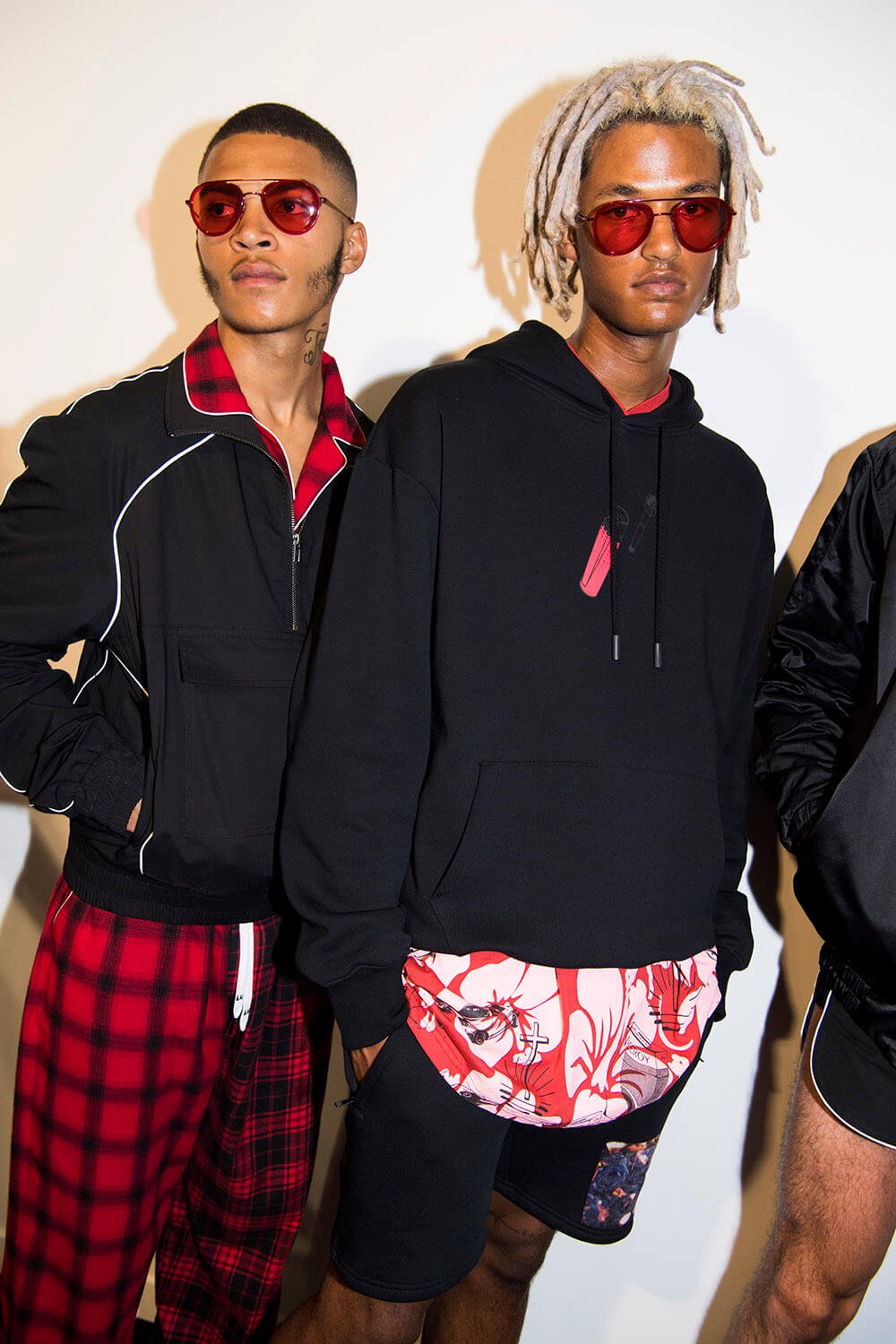 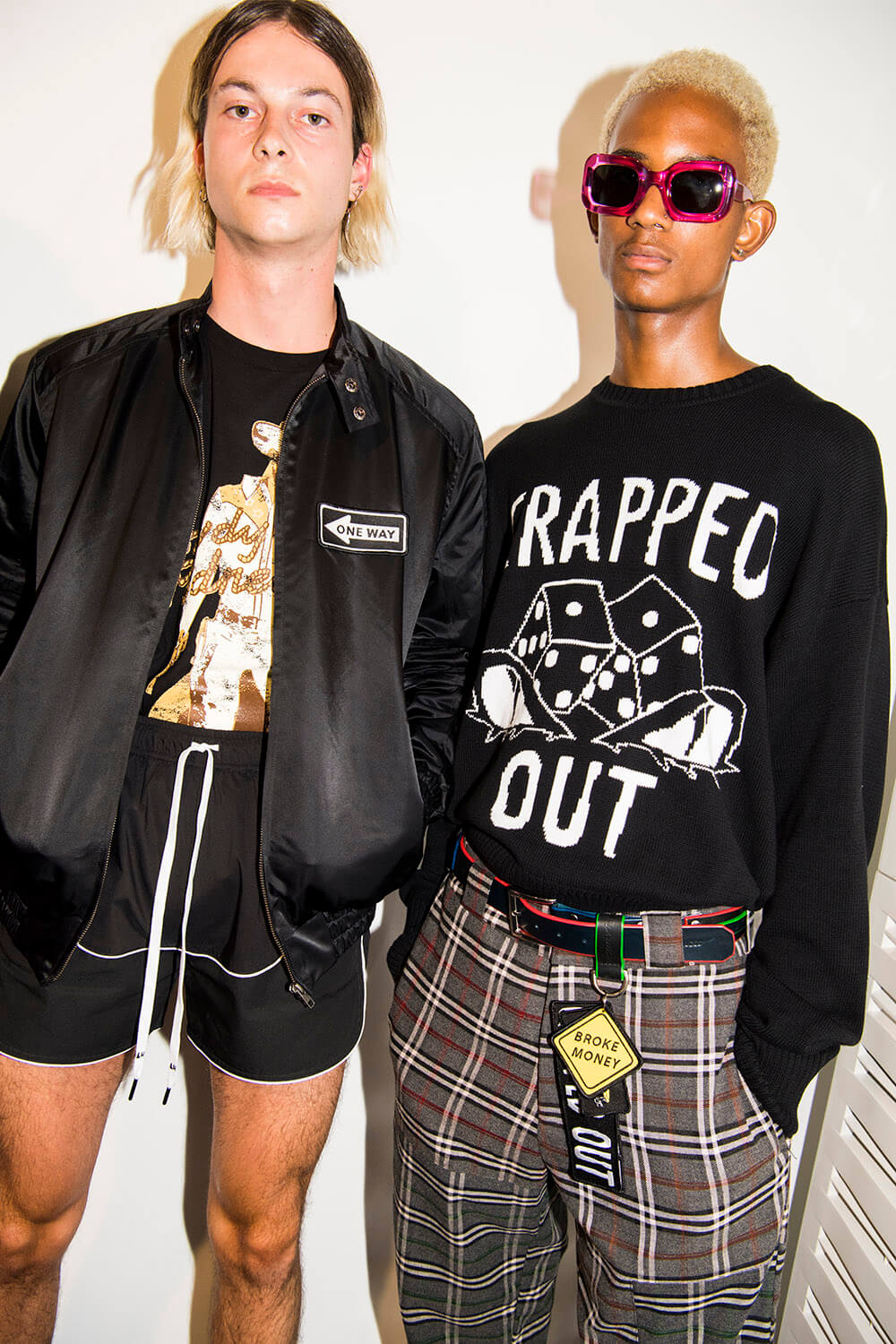 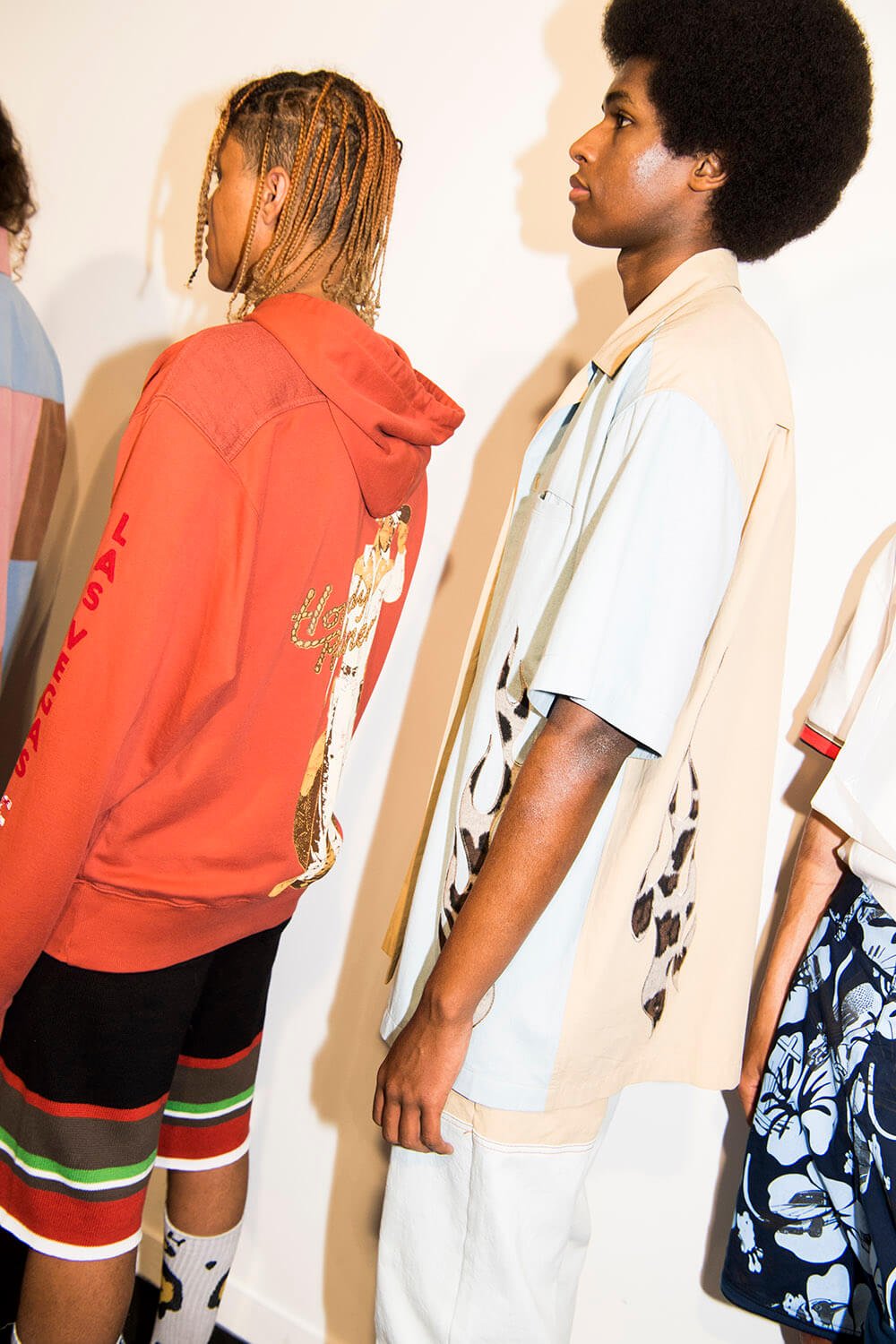 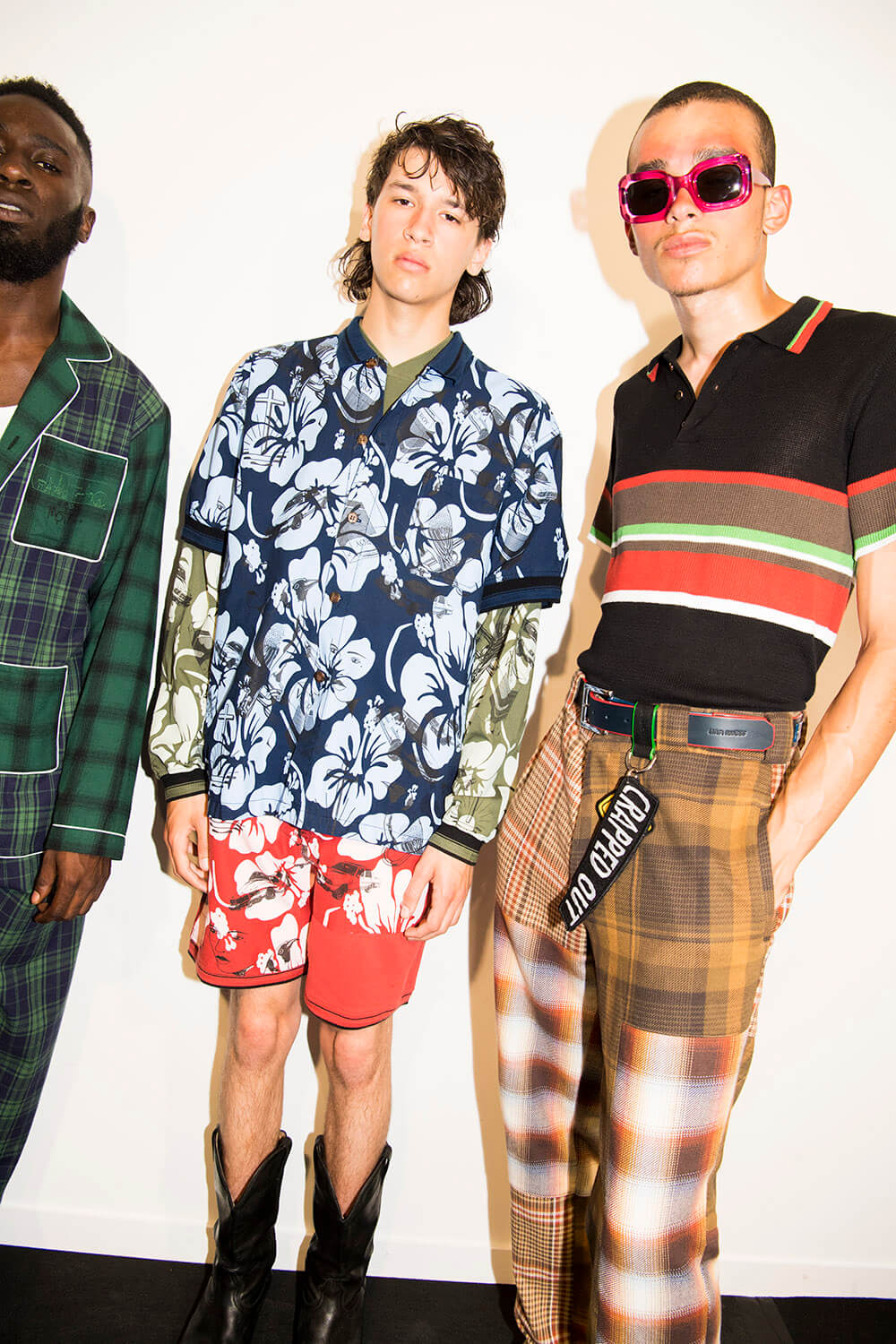 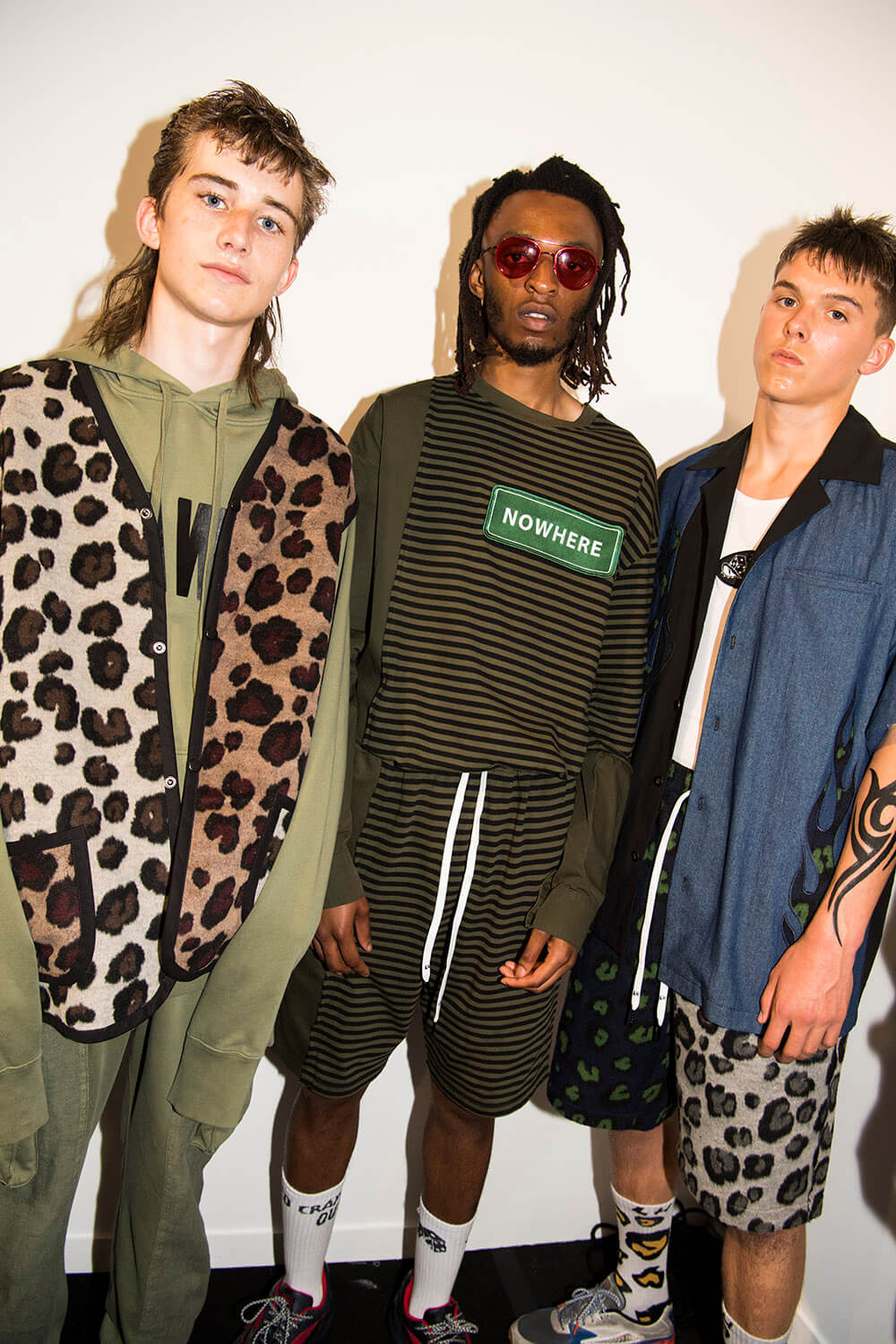 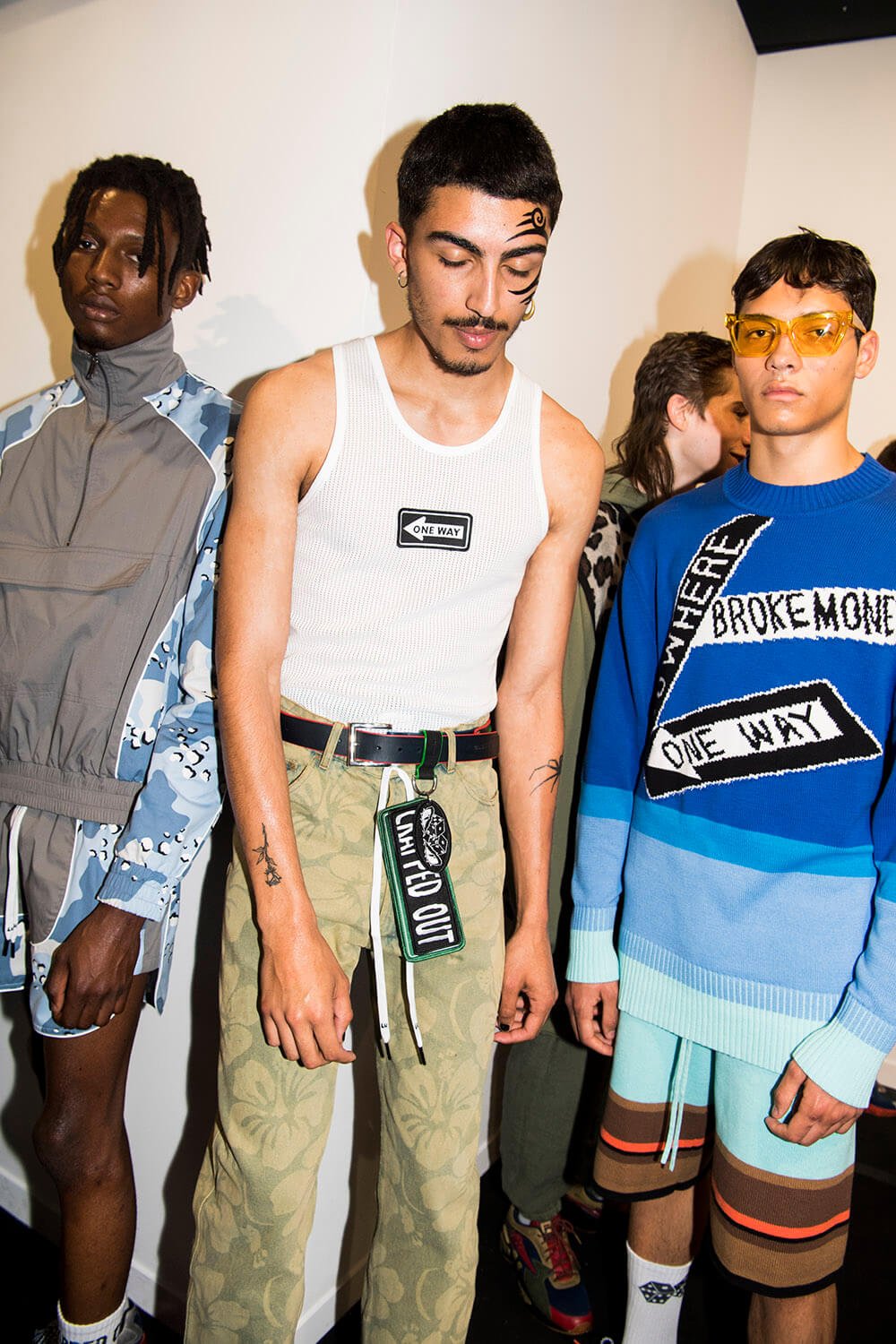 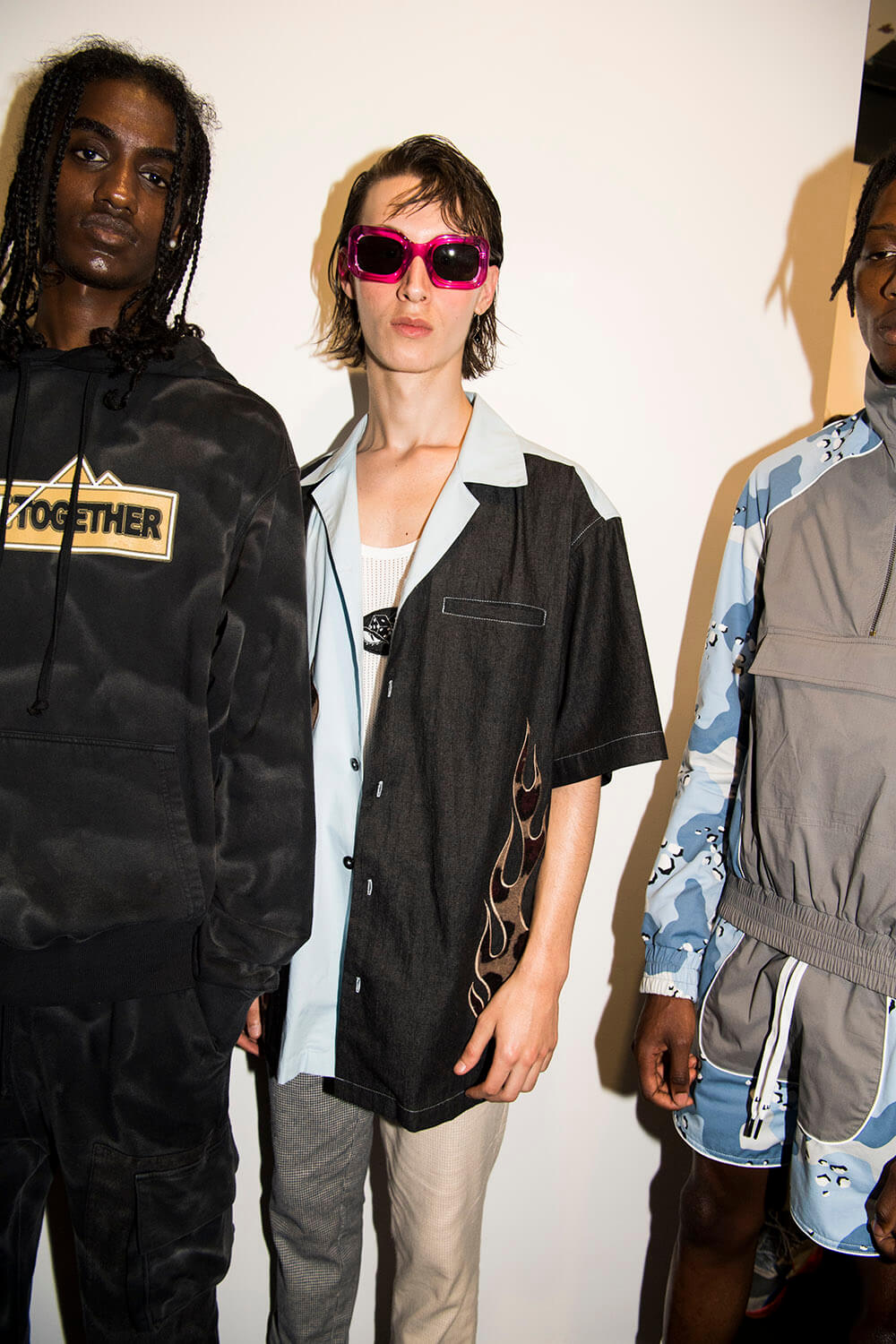 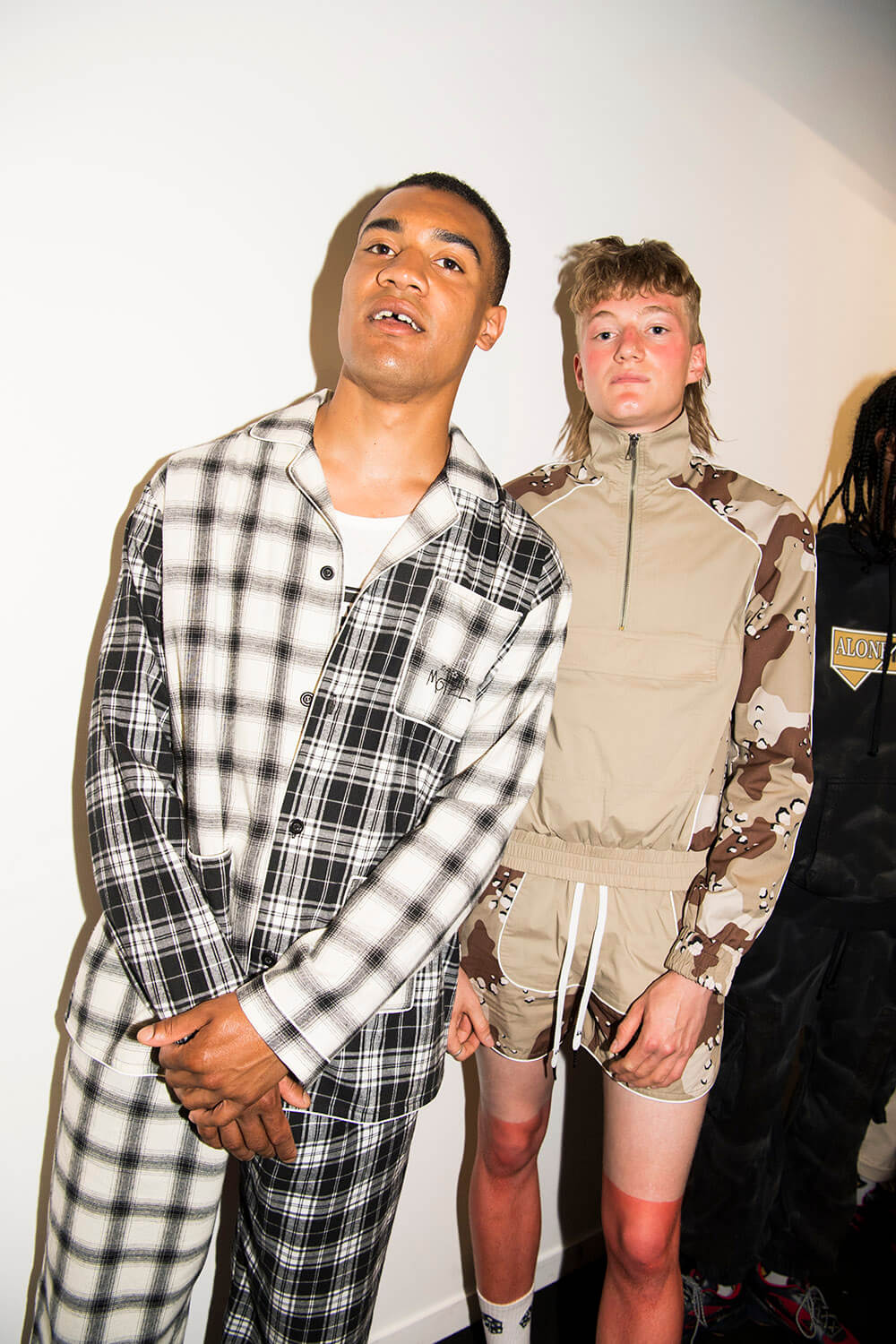 If you’ve ever gone out in East London, the chance is that you either saw someone wearing Liam Hodges or perhaps even partied with the designer himself. In the four years since his brand came up on the London scene, Liam has gone from being just another talented emerging designer, to becoming a fixture in the street fashion circles, a sort of Brit-pop, humorous answer to the likes of Supreme and Palace. That signature campy take on streetwear reached a completely new level today. For Spring/ Summer 2019, Liam took all the fashion clichés that symbolise a “world traveller” and turned them on their head. Hawaiian shirts, flannel pyjamas, hotel slippers and “funny” jumpers – what was once pastiche now became part of next season’s hypebeast uniform. The destination that Mr.Hodges had in mind was the biggest cliché of all – Las Vegas. Yet somehow, when those tacky, trashy symbols (we’re looking at you Caesar’s Palace man) collided with Liam’s tongue-in-cheek approach to designing clothes – magic happened. For the first time, tailoring also played a big part in the collection with those oh-so-hot plaid patchwork trousers standing out as the piece we NEED in our closets asap. And don’t you worry, there was also plenty of classic cazh streetwear pieces to balance it all out – mismatched jersey twinsets and statement multicoloured trainers created in collab with Film will do the job. Just forget about souvenir jackets and embroidered caps – the tourist board of Liam Hodges is bringing you the touring uniform of your dreams. Cowboy boots included.