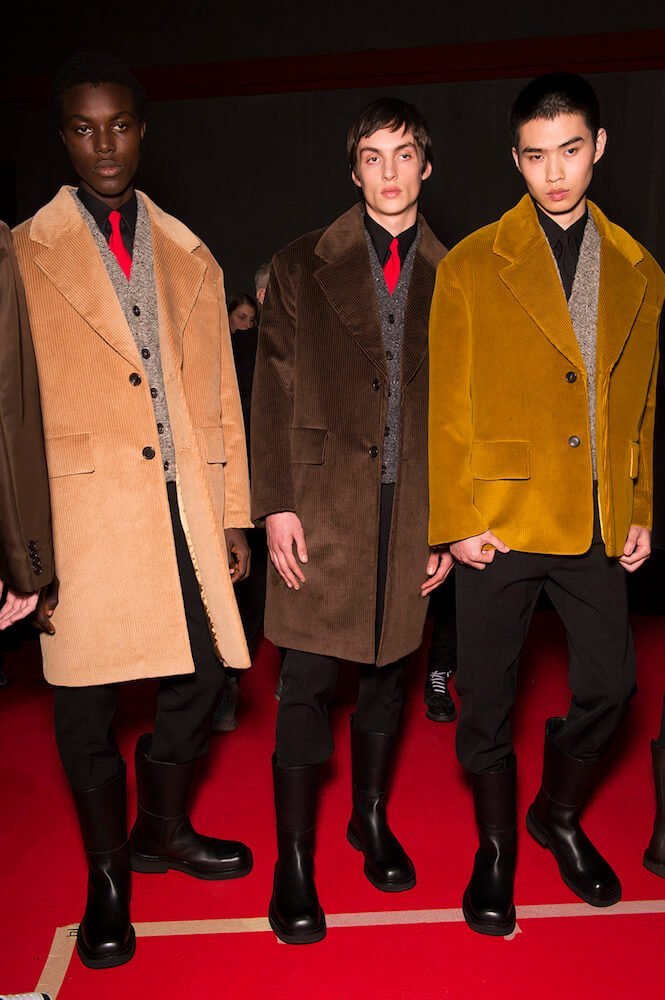 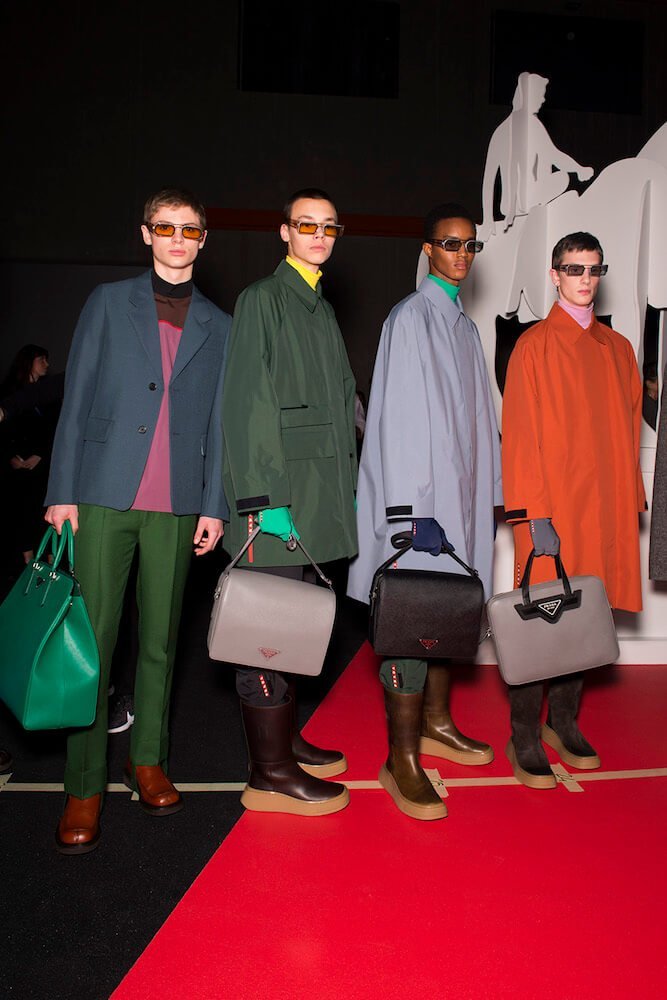 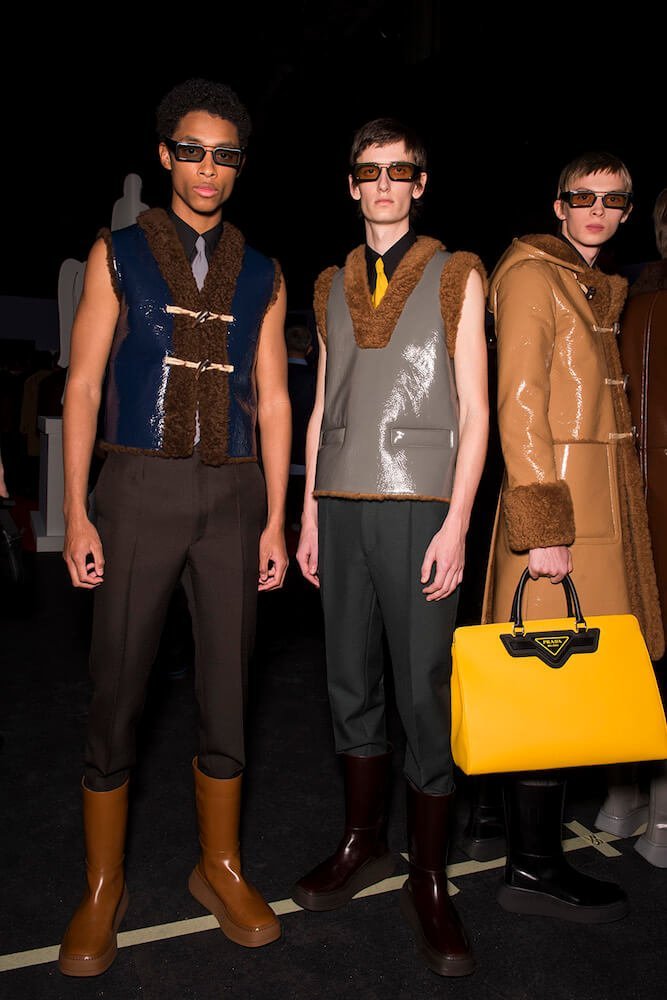 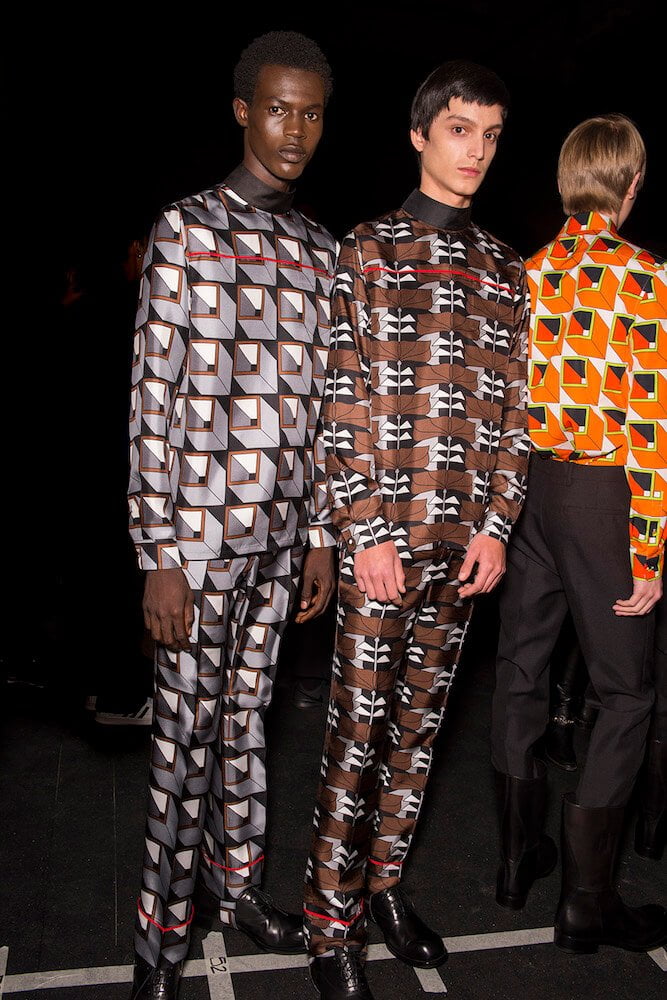 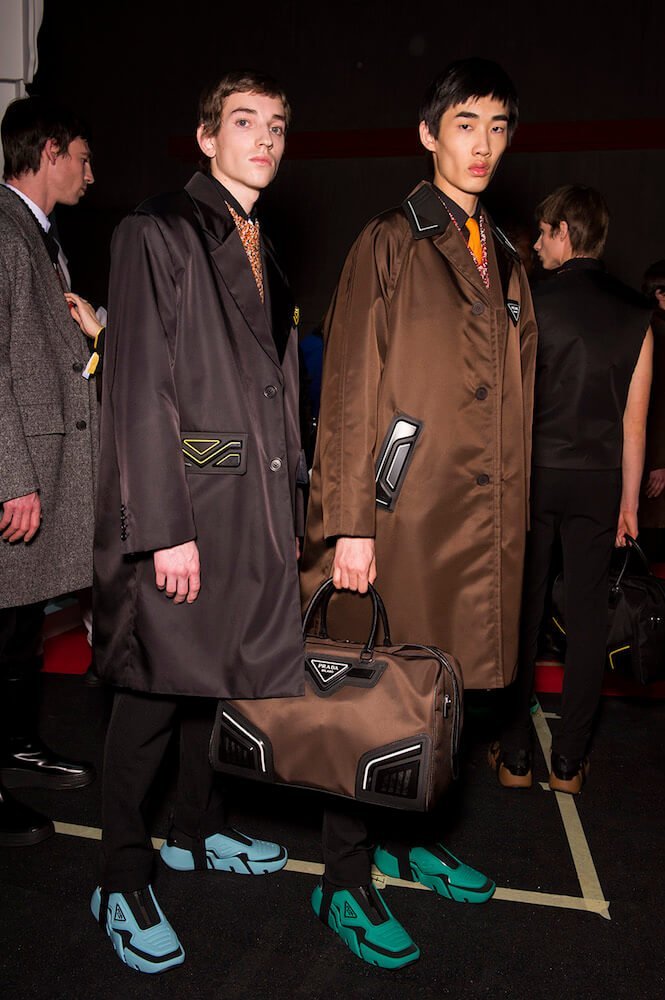 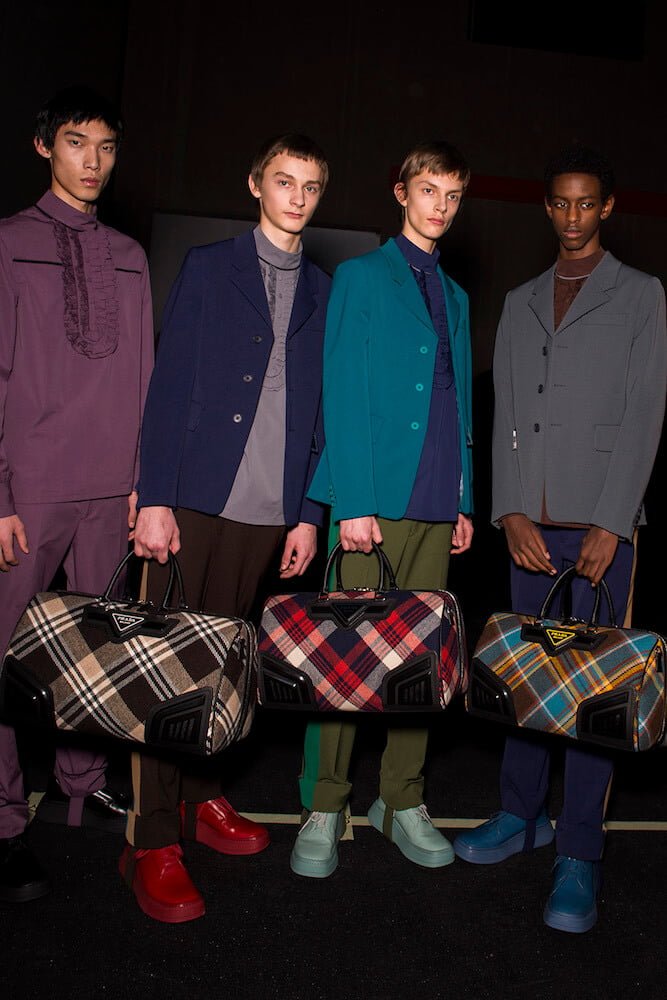 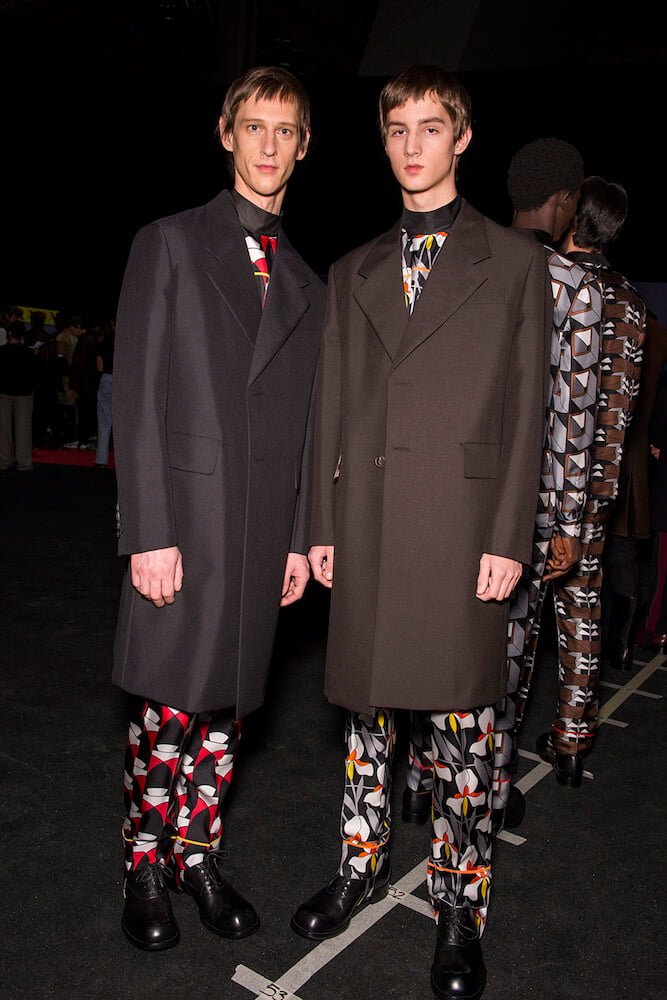 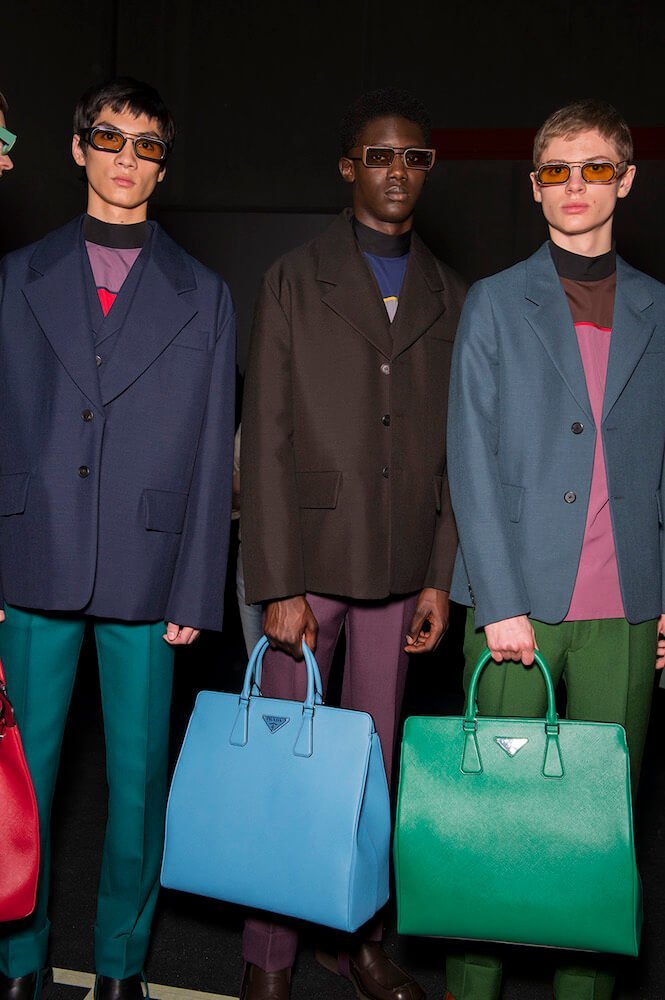 Miuccia Prada’s most memorable shows usually fall into one of the two categories. First focus on the maximum impact of details, like a specific stylistic choice which then becomes instantly recognise as Prada’s. The other is about the silhouette, and exploring the effect of her clothes on a greater scale which then inspire the rest of the industry to think differently. Her AW20 show had a bit of both, as it consistently swapped from one simplicity to another complexity. In some way, it was all about going back to Prada’s 1990s ways, when actually, this is exactly what we imagine Prada designing for a better tomorrow.

Today, the fashion crowds were sat above a set-up of an imaginary square that might as well be Piazza di Prada, with graphic lines on the floor framing a statue of a 2D horseback warrior in the centre of the room. The venue was separated into two of the same squares, exactly mirroring each other, as models walked through this maze conceptualised in partnership with architectural studio OMA/ AMO.

First look out, a tight tank top with a colourful sleeveless shirt underneath and some gray trousers. Simple? Not quite. The clear reference to the intellectual minimalism of the 1990s looked equal parts masculine and feminine, a game Mrs Miuccia knows how to play best. As the collection unravelled, it was clear there was plenty more of contrast to come. Sloped shoulders and ladylike jacket silhouettes nodded to the subversive meaning of a simplistic silhouette and its new-found context.

A signature element that will surely be referenced by other designers in seasons to come will be the new take on a classic Prada trouser. For AW20, they came with stirrups, looping through the neon trainers and smart driving shoes or tucked into the luxe rain boots. The finale saw a cast of handsome strangers walking in a frenzy, demonstrating the power of a total idea of dressing à la Miuccia Prada. Rush hour never looked so good…

All The Feels: Prada’s AW21 Men’s Collection is a Journey of the Senses

This GCDS and Bratz Collaboration Celebrates the Beauty of Uniqueness

Hello Kitty Gets the Blumarine Treatment