Franca Sozzani To Be Honoured At The Fashion Awards 2016 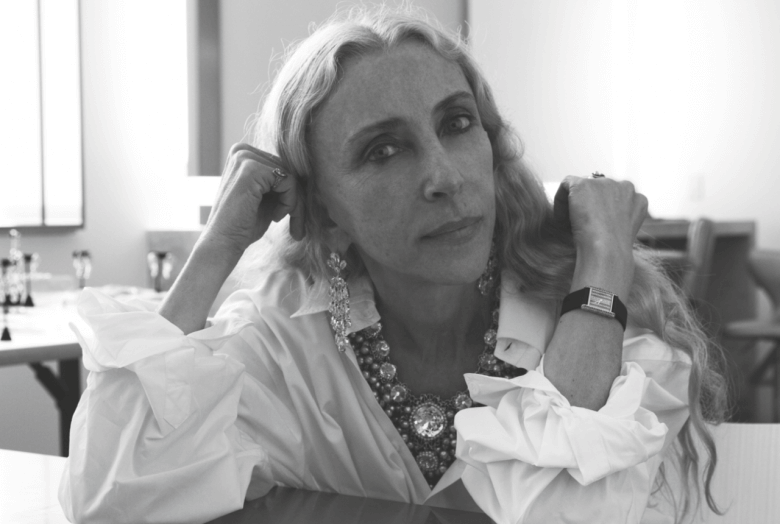 Lord knows we are wildly obsessed with Franca Sozzani, Editrix-in-Chief of Italian Vogue and possessor of perhaps the most magical mane of blonde hair in fashiondom. We would probably even go as far as to say (apologies to the rest of you fabulous ladies) that she is our Editrix-in-Chief numero uno. After our very own Grecian Goddess, of course. We are massively excited, then, to announce that that she is set to receive a special honour at this December’s Fashion Awards 2016 at The Royal Albert Hall. And, though Ms Sozzani is known for her impeccable fashion sense and always visionary eye for working with the finest photographers and stylists in the business, this award, The Swarovski Award for Positive Change, is actually being given in recognition of her philanthropic achievements. As the release tells us, the award is made to recognise the “individuals who promote the welfare of others by the generous donation of their resources in order to achieve change and positive impact to good causes.” The Italian fashion maven will be the very first recipient – befitting for a lady known for doing things before just about everybody else. Chosen not only for her commitment to supporting emerging fashion faces from around the world through her Who Is On Next? program, but also for her work as the Global Ambassador Against Hunger for the United Nations World Food Programme, with Convivio in the fight against AIDS and her longtime support for the European Institute of Oncology. She puts the rest of us to shame, basically. As Dame Natalie Massenet, British Fashion Council Chairman said this morning: “words cannot express the huge deal of admiration and respect I have for Franca and her work. She exemplifies those qualities this award has been created to honour, and her tireless commitment to the causes she cares so passionately about is a great example to us all. The positive impact she has had on the fashion and global communities will be felt for generations to come.” Here here. Congratulations Franca!

Photograph by Francesco Carrozzini for Issue 37 of 10 Magazine

A New Film All About Franca Sozzani Of Italian Vogue

The Nominations For The Fashion Awards 2016 Have Been Announced