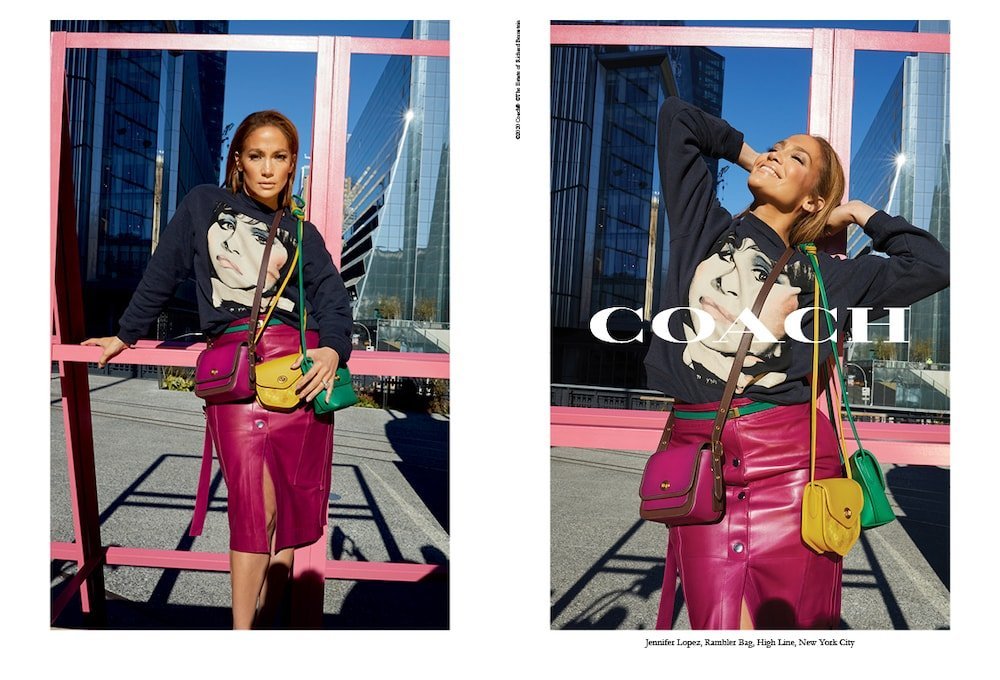 Fancy a quick trip to NYC? While we’re not giving away a plain fare and a two-days, one-night stay in some bougie hotel, we are indeed hosting a fantasy excursion into the big apple courtesy of Coach and their latest campaign. Included in this package comes a couple of new BFFs you can only dream of aka Jennifer Lopez & Michael B. Jordan with possibly the chicest tourist photo-op thanks to Juergen Teller. “At the start of a new decade, I felt instinctively that it was right to celebrate the colour, energy and optimism of New York, our hometown and inspiration as a house,” said the brand’s creative director Stuart Vevers. In the photos, you can see JLo and MBJ photographed around some of NYC’s hot-spots, including the Edge at Hudson Yards and the High Line which also served as the venue for Coach’s SS20 show.

Clothed in that classic mix of all-American style and Vevers’ signature British wit, the duo is paying homage to the multicultural spirit of the city both the stars have big connection to. While Jordan grew up in Newark, just outside the city, Lopez is a Bronx native with a song to prove it. Talking about the campaign, titled Originals Go Their Own Way, she described Coach as “a brand that embodies the essence of being born and bred in New York and I, of course, deeply relate to that. In all it creates, Coach promotes individuality and optimism in its style as well as a sense of authenticity and inclusion. Like me, we’re both New York originals, who create a unique mix of high-fashion with street edge.” Toot toot, beep beep – see you there!

Photographs by Juergen Teller for Coach.

Coach Drop A Capsule Collection Created in Collaboration with Michael B. Jordan