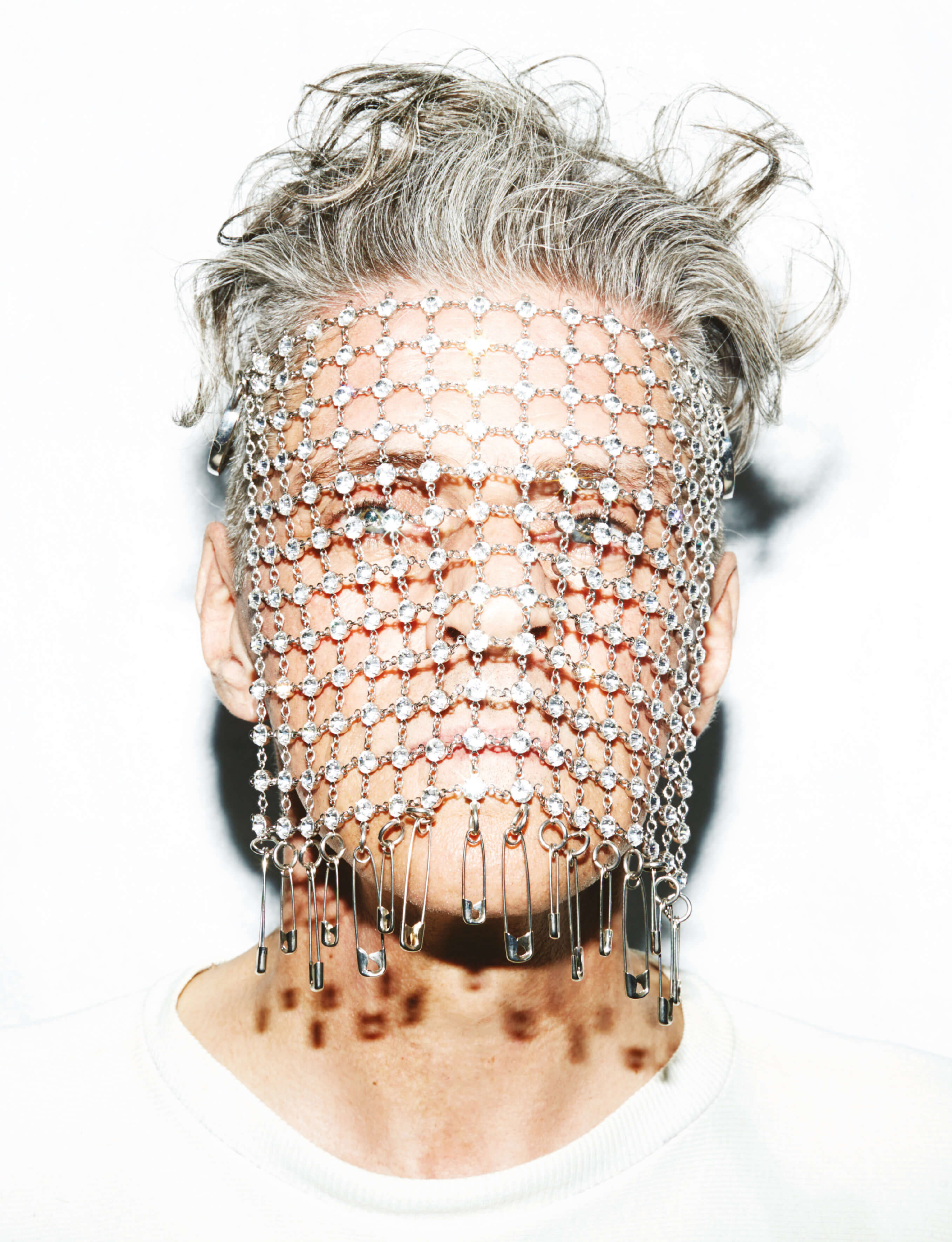 Before every man, his dog and his dog’s twitter account became a multi-hyphenate, there was Judy Blame. Jewellry maker/stylist/man about town/Buffalo Boy/all-round living legend, you might like to call Mr Blame the original member of the slash generation. And he’s got an exhibition at the ICA. Don’t call it a retrospective, though. No. This is a collection of artefacts from him life – clothes, jewellry, editorials, sketches – a collage if you will – all the way from 1985 when he set up The House of Beauty and Culture in East London to present. As the not so well known quote says: bits and pieces maketh the man. Upstairs is Artistic Differences – a separate wing of the exhibition dedicated to collaborations he’s had with various artistes – The Chapman Bros, Charles Atlas, Derek Jarman et al. “The exhibition is presented as a montage rather than a chronology that brings together an arrangement of artefacts, alongside unique commissions that bear witness to Blame’s tactile, thought-provoking, approach to fashion and his propensity towards collaboration and experimentation,” says the release. Go get filled up with culture boys and girls.

Photograph taken from Issue 42 of 10 Men, photographed by Maria Ziegelbock

Another Shade Of Blue: Alexander Fury Talks To Kim Jones

Ten’s to See: ‘When Shit Hits The Fan’, the Insta-Exhibition by Guts Gallery