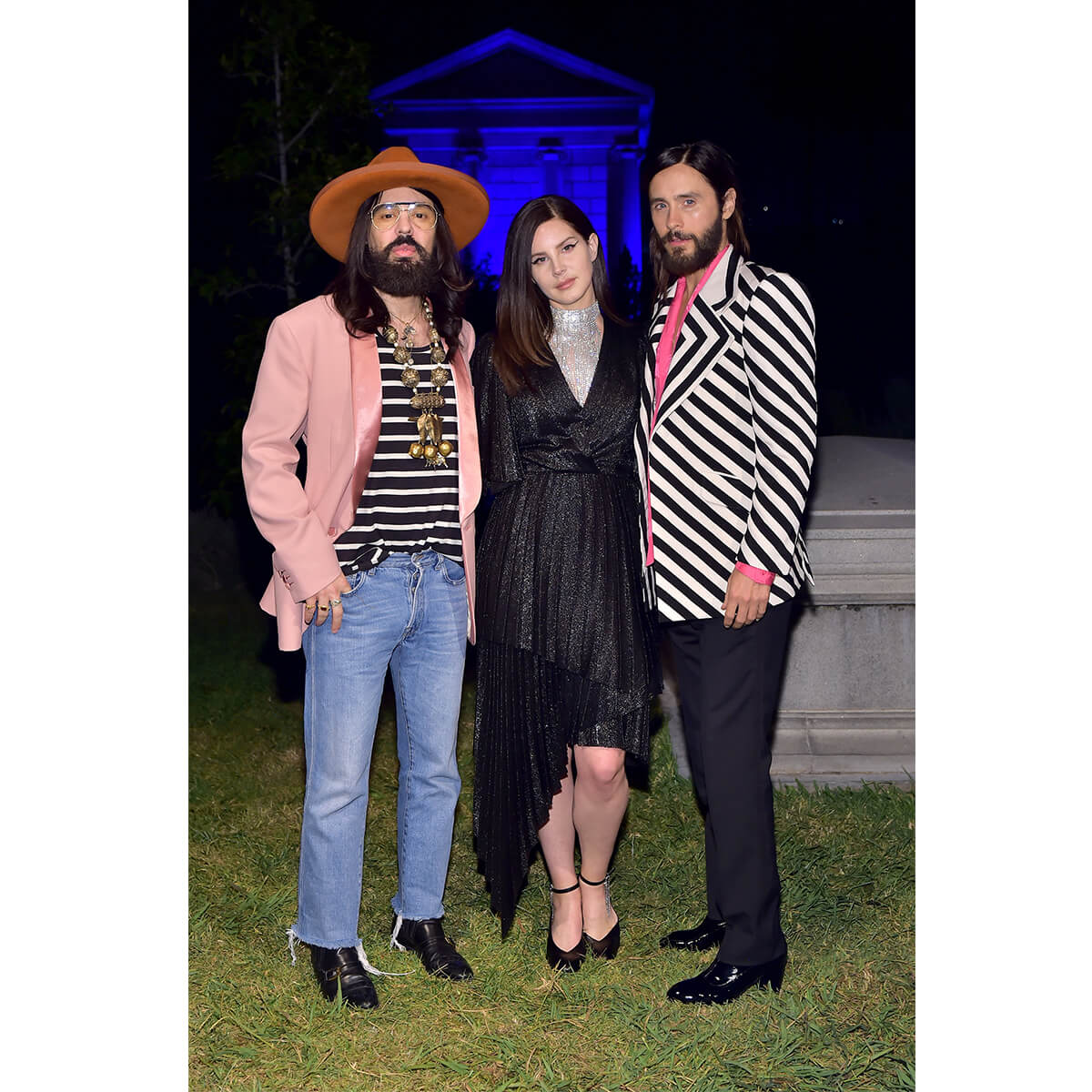 At the house of Gucci, three’s definitely a charm. Walking up the steps of the Metropolitan Museum of Art in NYC, Lana Del Rey, Alessandro Michele and Jared Leto became immortalised as the holy trinity of fashion. The personification of the Heavenly Bodies theme at this year’s Met Gala, Lana and Jared arrived to the annual pageant as the virginal Madonna and her middle-aged Christ child. We’re guessing that would make Michele John the Baptist… but make it fashion? And it seems like this mighty trio ain’t going anywhere.

On Friday, at a bash held at LA’s Hollywood Forever Cemetery, it was announced the actor/musician and singer songwriter will be starring as the new faces of the upcoming Gucci Guilty fragrances campaign. But unlike Del Rey, this ain’t Jared’s first Gucci rodeo. Back in the 2016 campaign Jared Leto portrayed a dark brooding lothario engaging in a steamy ménage-à-trois. This time around the campaign will be set in the Cemetery on Santa Monica Boulevard, the resting place of some of Hollywood’s most illustrious stars of the silver screen and music scene. In fact it was a party thrown there to honour Johnny Ramone, that Michele once attended inspired the SS17 collection! And it’s rumoured that Courtney Love will also be making a cameo appearance.

Continuing the new chapter in the brand’s long-running fragrance story, the new Gucci Guilty campaign directed by Glen Luchford with creative direction by Michele himself, will premiere globally in January 2019. Both Del Rey and Leto’s on-screen and off-screen persona’s evoke that wistfully-unorthodox “enigmatic, eclectic and glamorous” air that traditionally lingers around Gucci Guilty perfume campaigns. A floral confection of pepper, mandarin and amber notes, it’s the second instalment to the light yet distinctively sexy scent. With a reincarnation of the original and a redesign of the women’s bottle, are we excited? Guilty as charged.

Ten Minutes With Actor Jamie Dornan, The New Face Of Boss The Scent

Ten’s To Do: Read ‘Validated’ by Val Garland

Have you been to the new Gucci Pop-Up at Selfridges Yet? It’s Trippin’ with Gs!