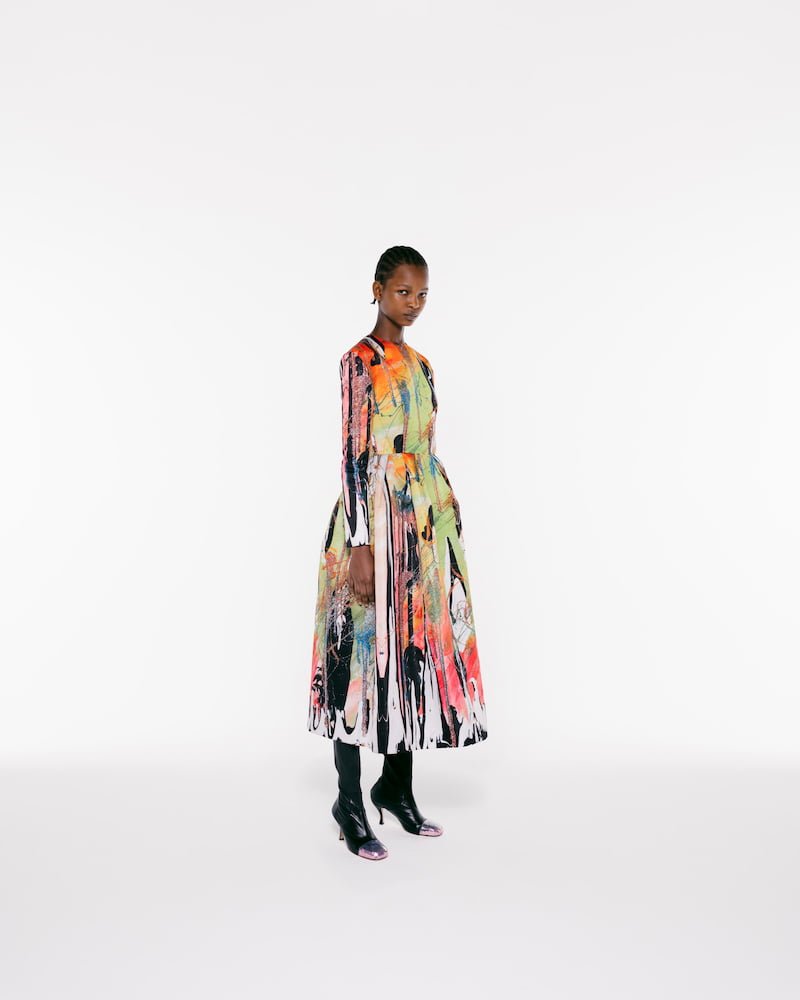 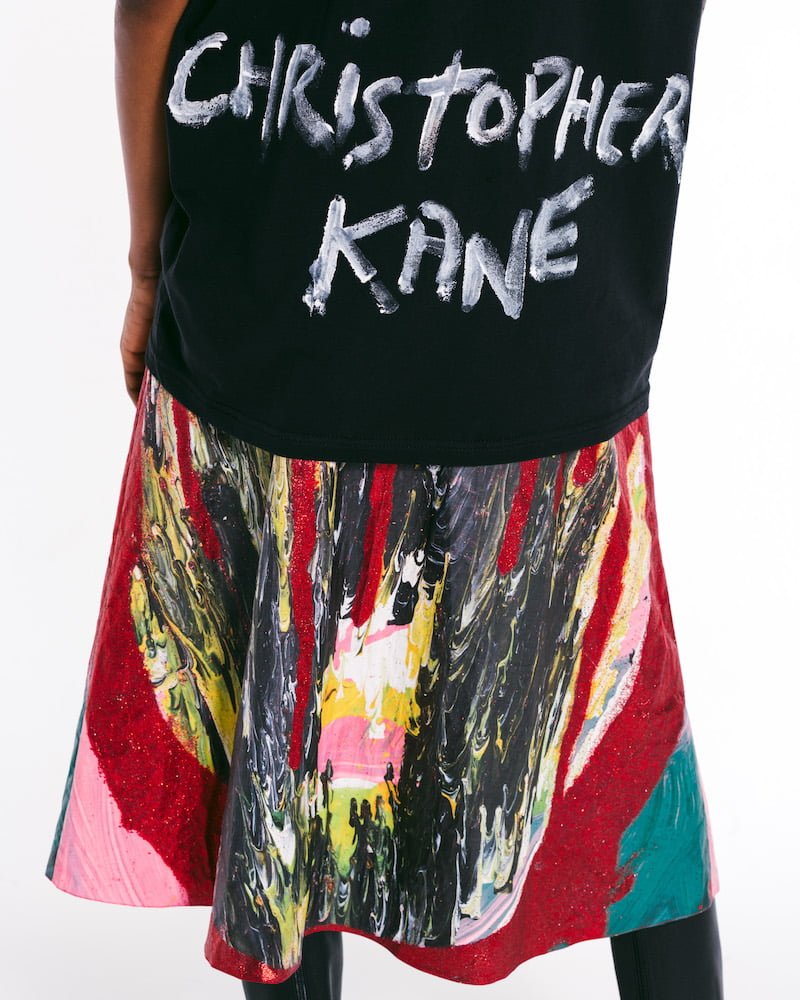 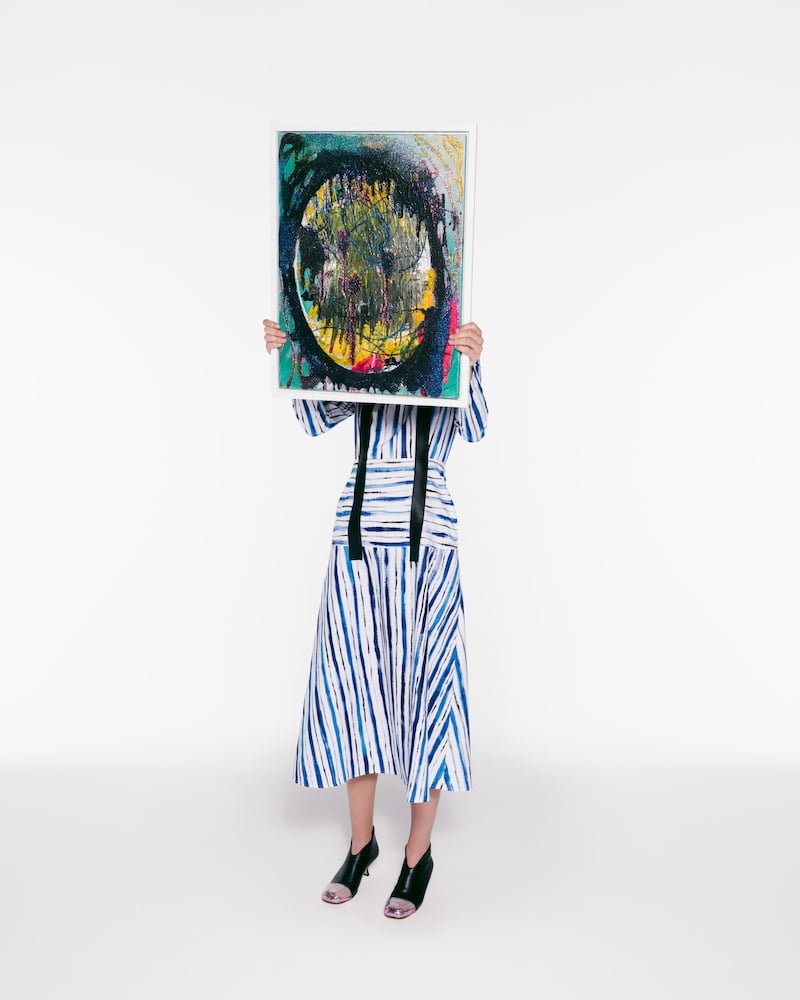 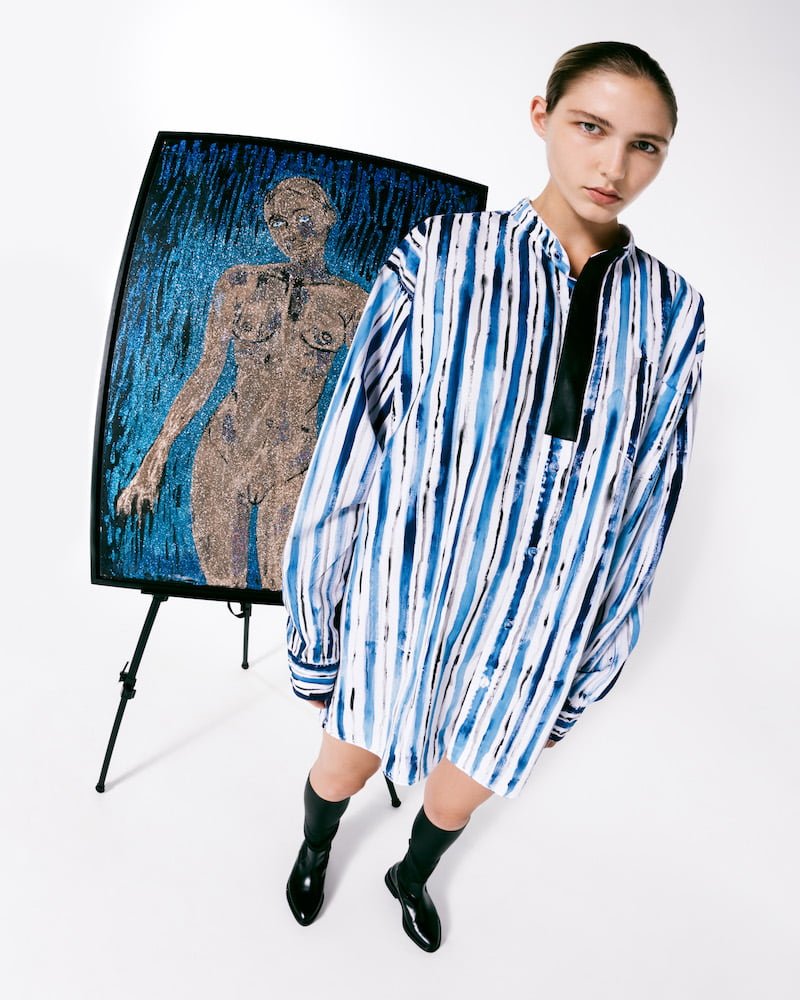 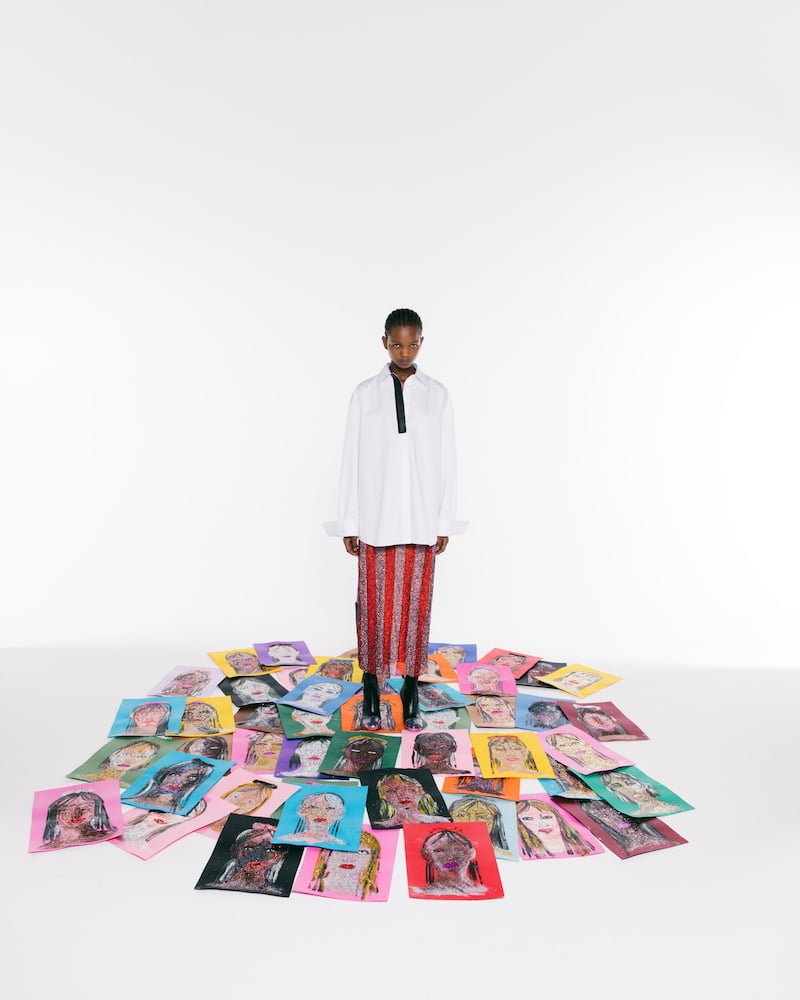 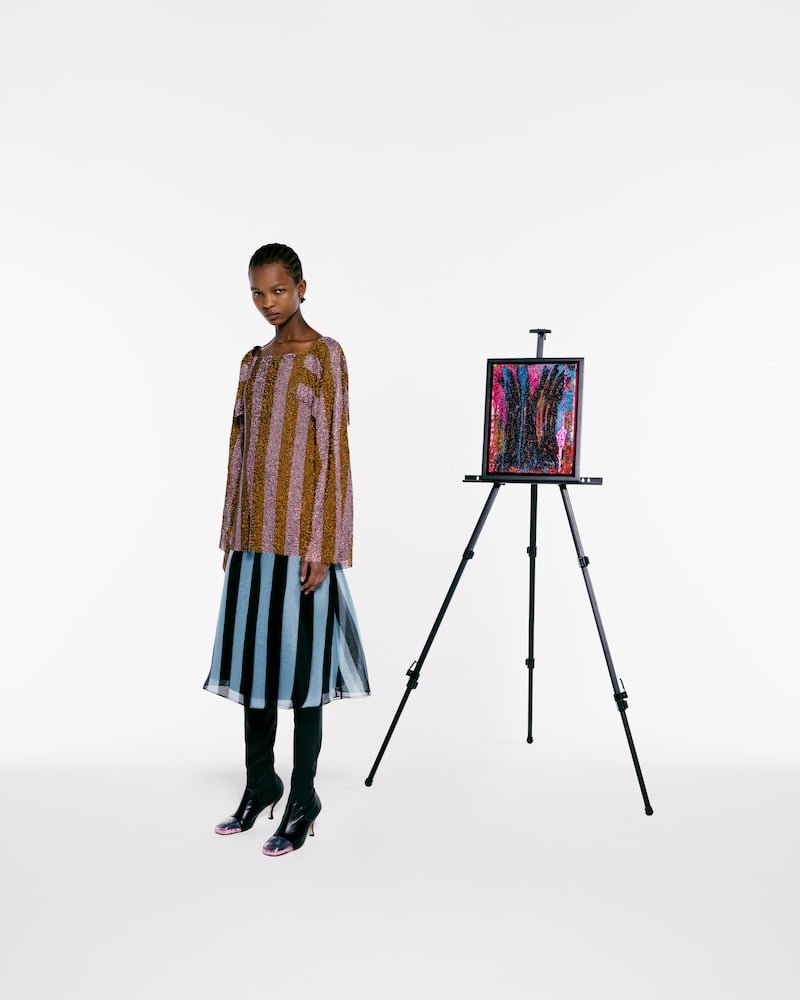 Christopher Kane has stepped off the fashion merry-go-round and is working to his own schedule. “Creative to the core” is how the designer described his new attitude. Kane is now fully independent of Kering and powered by his super successful More Joy product range (if you don’t already have a More Joy face mask – what are you waiting for?). This, plus the post-Covid meltdown in the fashion system, has given him freedom to make his own rules up and he’s revelling in it.

“It didn’t feel right to do a big Christopher Kane collection,” he says. Instead, he’s produced a collection of handcrafted one-offs that won’t be sold in the shops. “It’s liberating. We don’t need all this stuff. It’s a golden opportunity for change,”. We’ll do this for two seasons,” he said.

During lockdown, he painted every day and in typical Kane style, he was prolific, fast building up a series of glitter and glue portraits of women he affectionately termed The Brats. “They’re based on people we know in the fashion industry,” he said wryly. He painted on any canvas he could get his hands on. Small or vast – the work kept coming. It kept him sane. “This is going to be it,” he says and described himself as “a fashion designer who became an artist.” It wasn’t his intention to put the paintings onto clothes. He only decided two weeks ago to create a collection of one-offs (many hand-painted) with the imagery. Rather than call it Ready-to-wear, it’s better to describe his new collection as wearable art – each piece is a collector’s item. Creativity, resilience and freedom. Nothing brings him more joy.