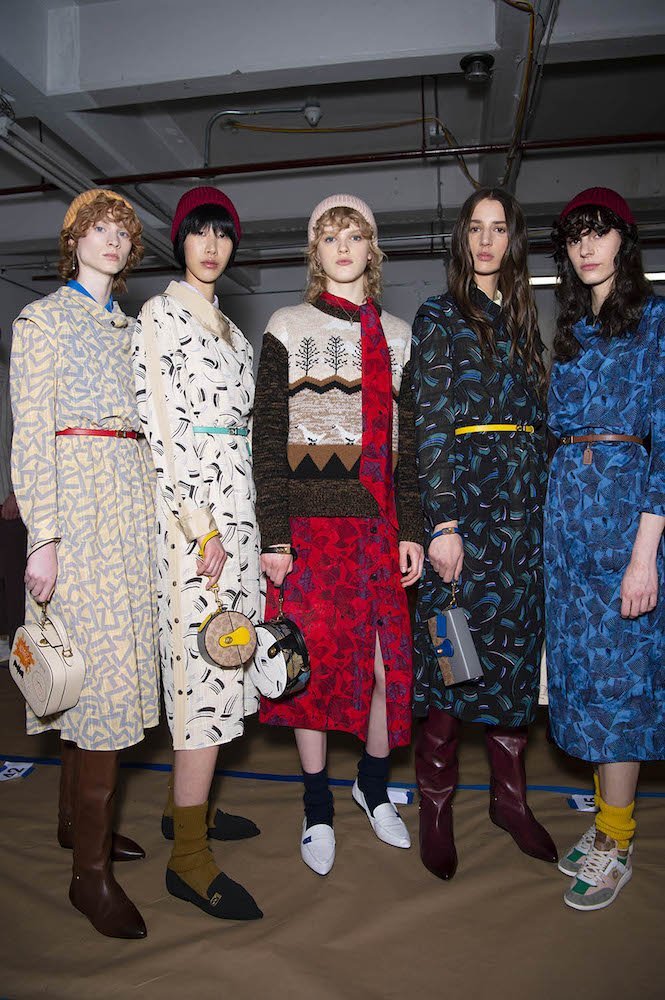 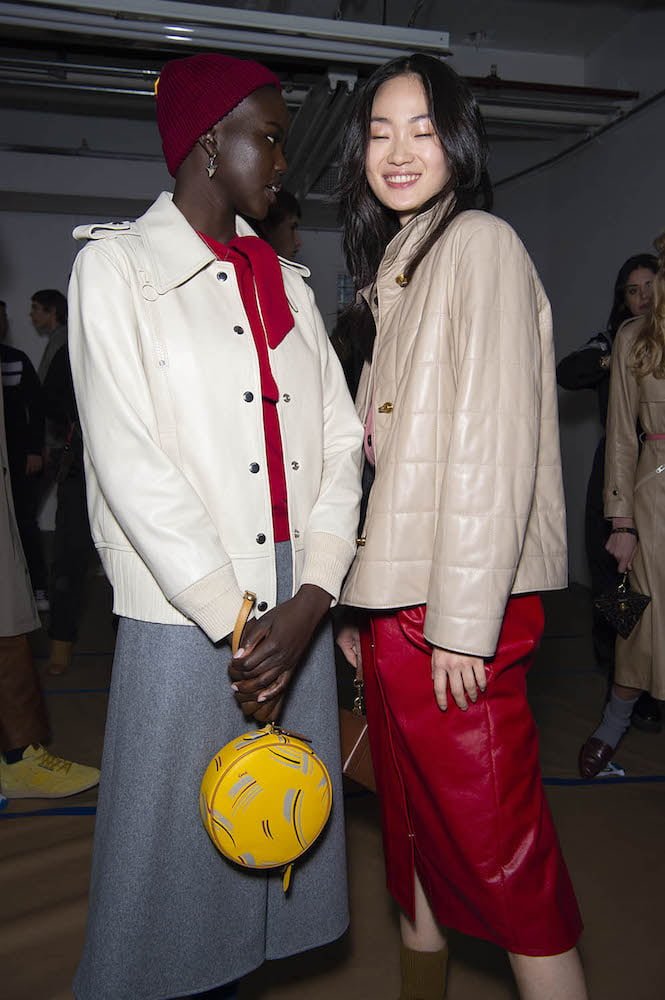 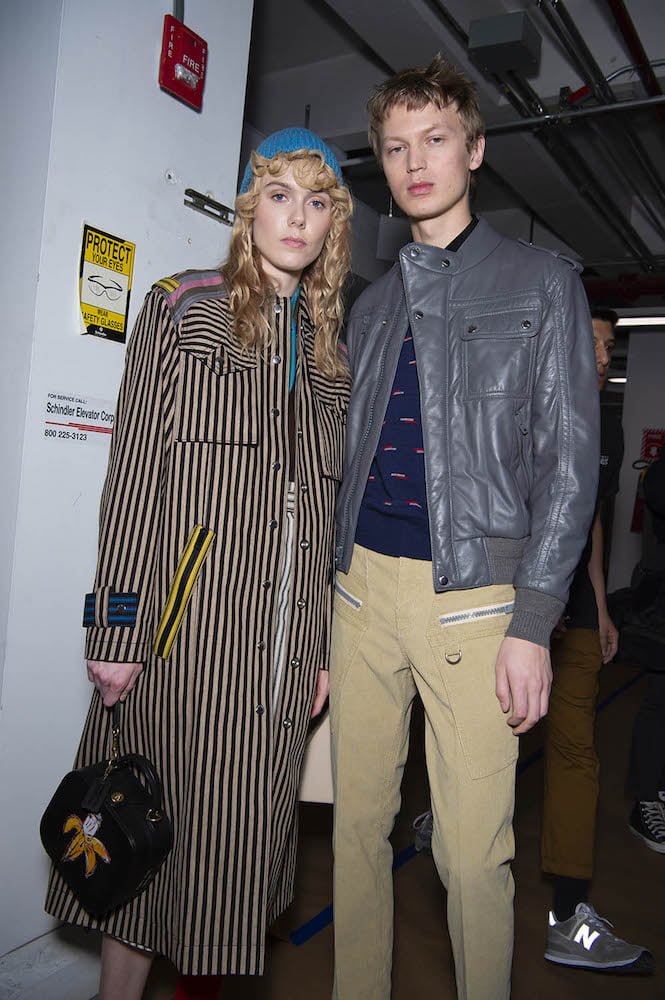 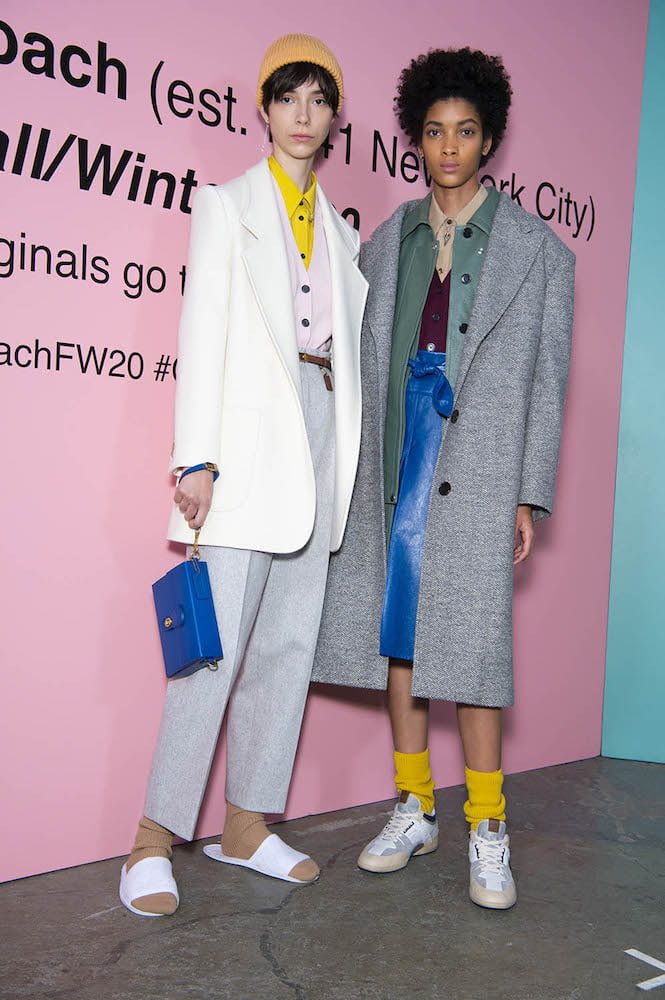 No other time-machine rivals the fun and joy of Stuart Vevers’ Coach shows. Ever since being appointed as executive creative director of the American megabrand back in 2013, the British designer has been steadily working his way backwards on the timeline of style. Youth and their cultural movements from the days gone by have always been present in his collections at Coach, but never as prominently as last night. 1980s downtown boys and girls who spend their days sleeping and evenings chasing their favourite new wave bands around the underground venues came out to play. Their raggedy outfits were now more polished and executed in slick, buttery-soft leathers. Less focused on the sex appeal and more on portraying a prim and proper side of their personality, Vevers’ cast walked out in flashes of colour inspired by the primary-coloured graphics of the times.

This season’s posthumous artist-in-residence was Jean-Michel Basquiat as Coach worked with his estate on breathing the instantly recognisable visual language into the luxury fashion context. Basquiat’s prints were blown out and splattered across jumpers, scarves and coats, as well as some covetable accessories all generations will be eyeing up as soon as the collection drops in stores. The artist’s personal style also influenced the styling, particularly on the menswear side which told a story of a bohemian party boy. Particularly excellent was Vevers’ use of prints in the last part of the collection, specifically the Coach Legacy Stripe which looked best when covering panelled jackets and dresses. Oh, and a cameo performance by the OG new wave queen who embodied the style the first time round. Debbie Harry aka Blondie joined the all-female band The Coathangers in the middle of the warehouse-like space, merging the past with the present. Truly legendary…