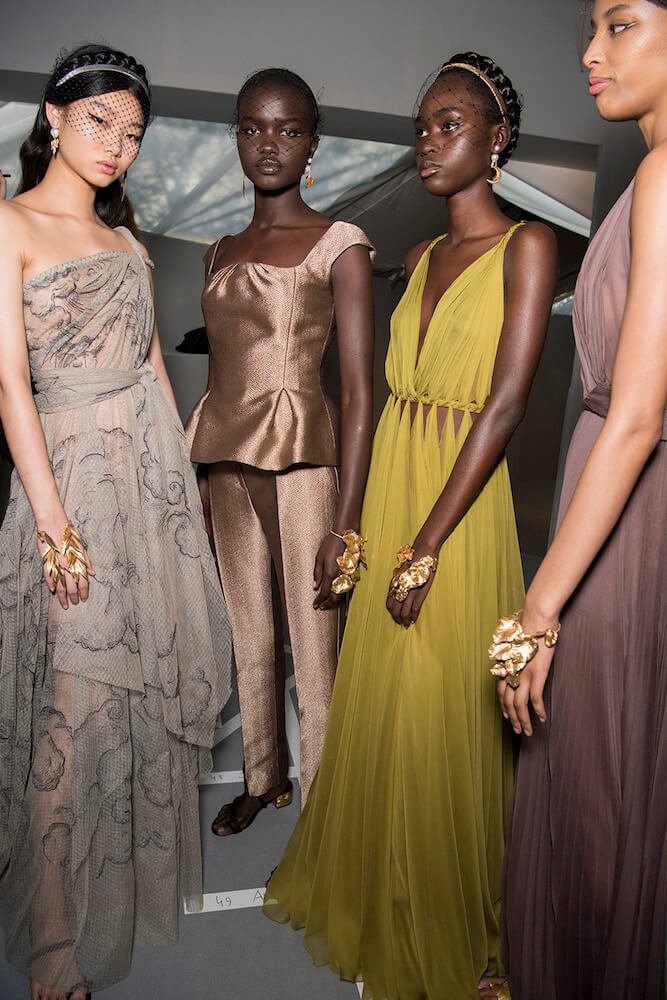 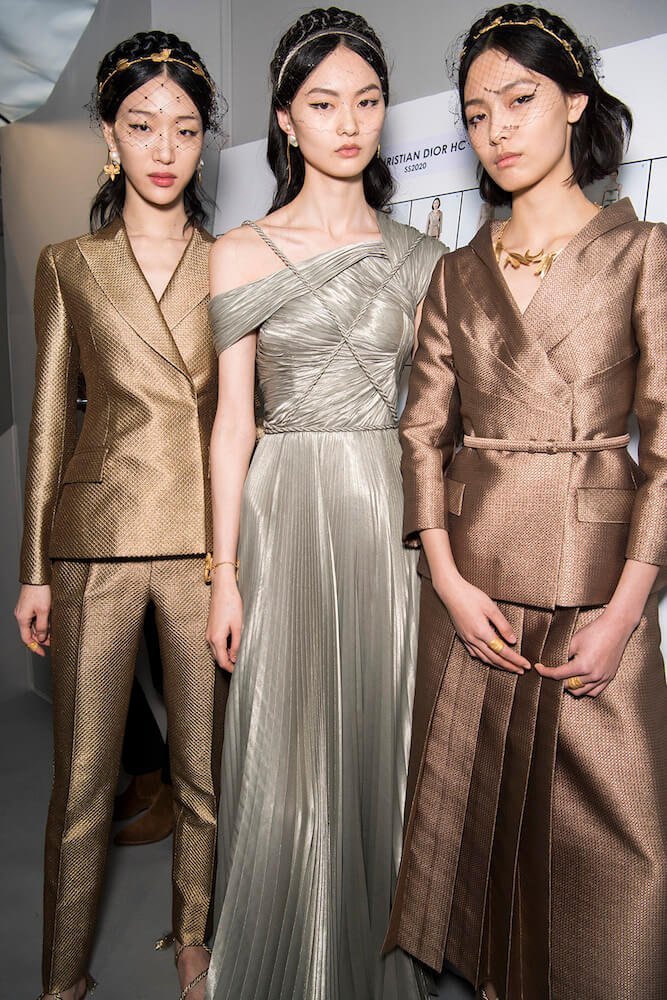 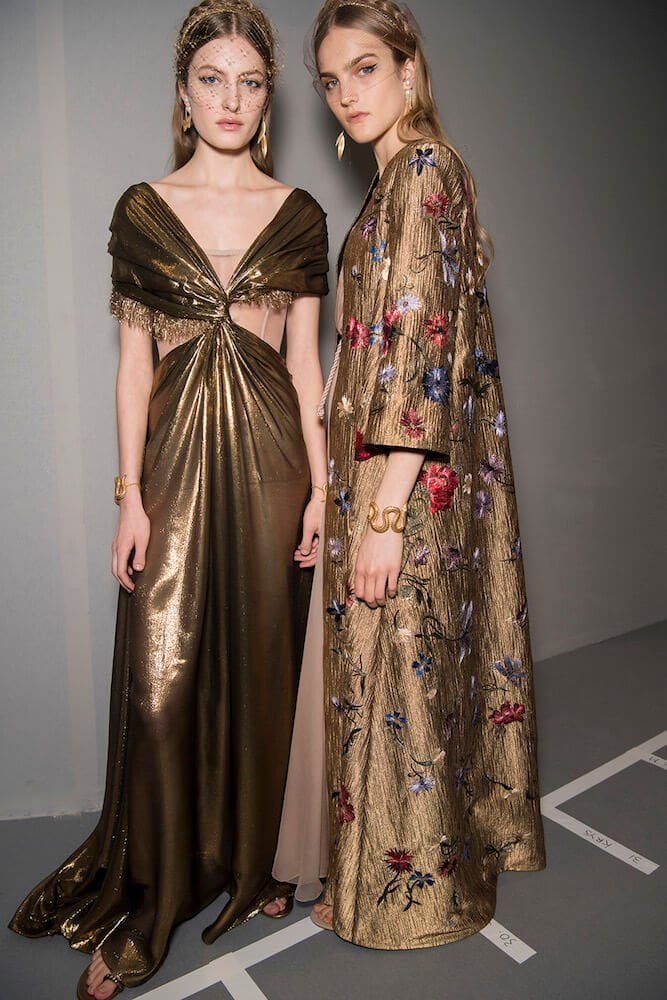 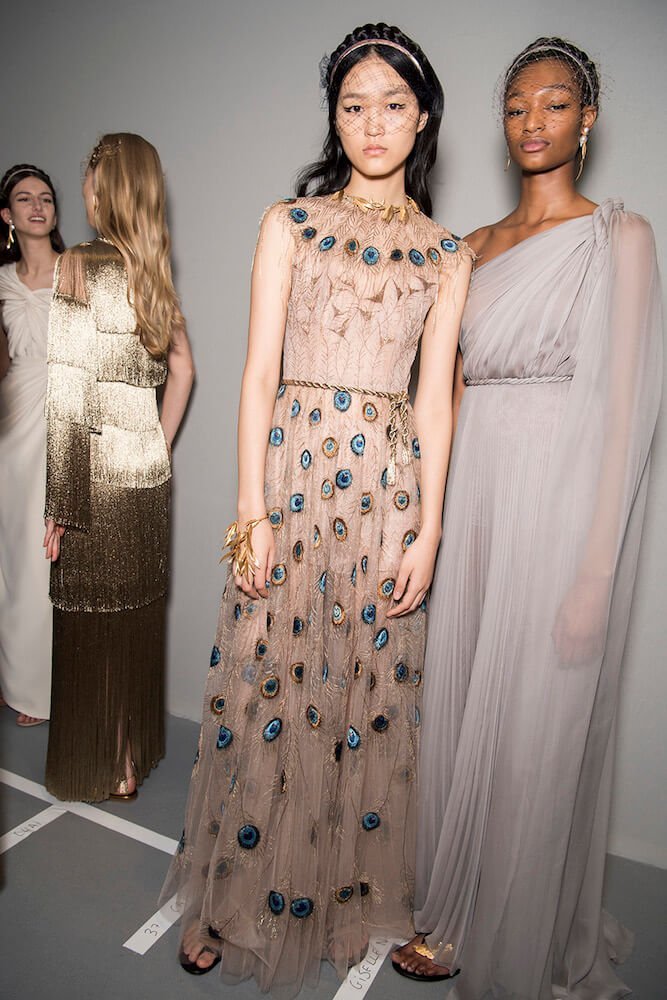 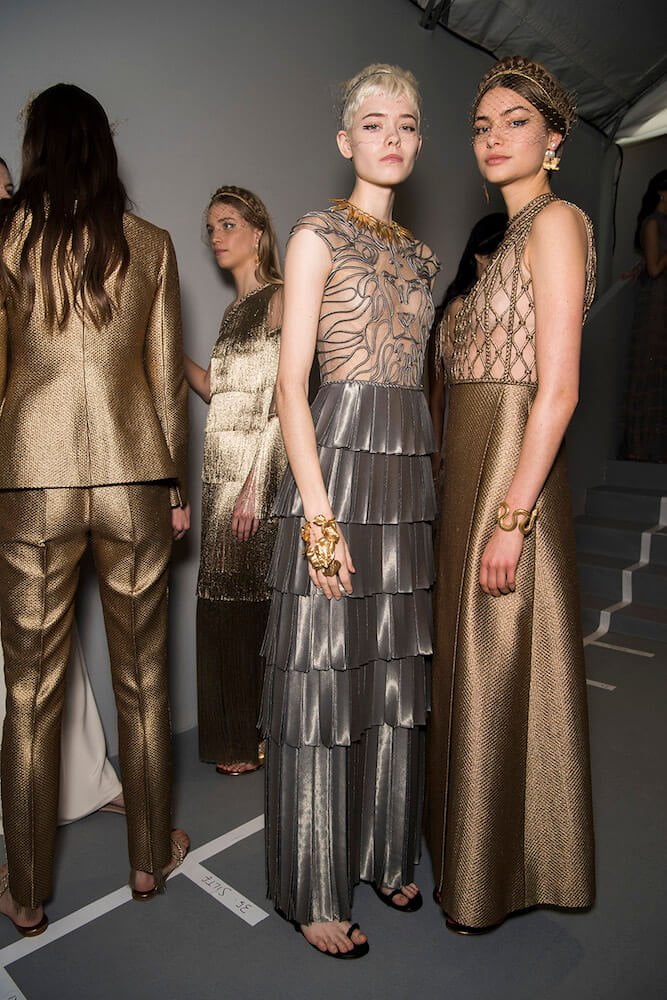 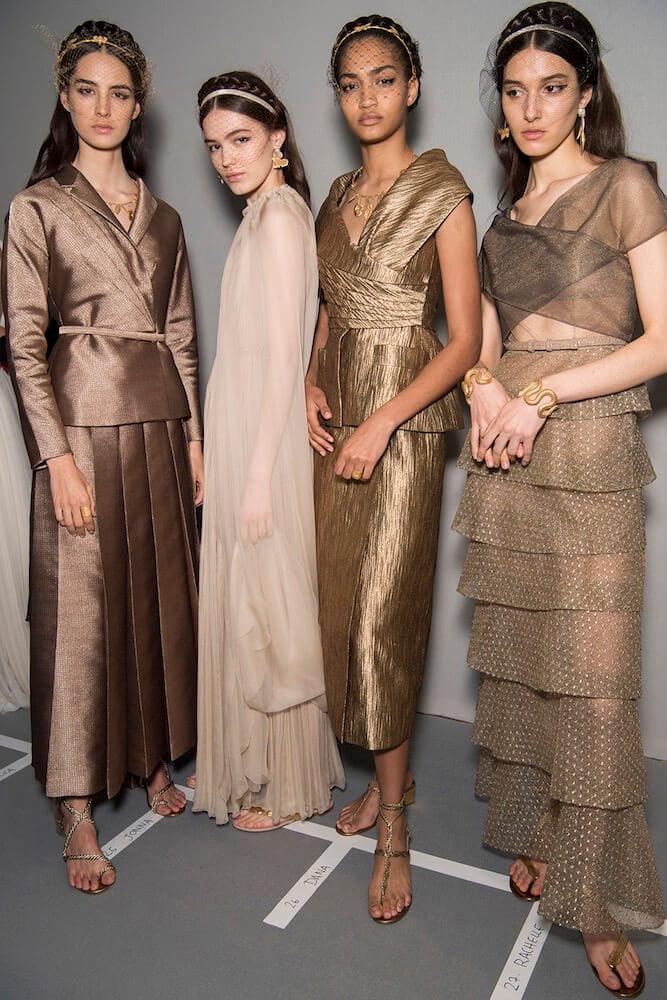 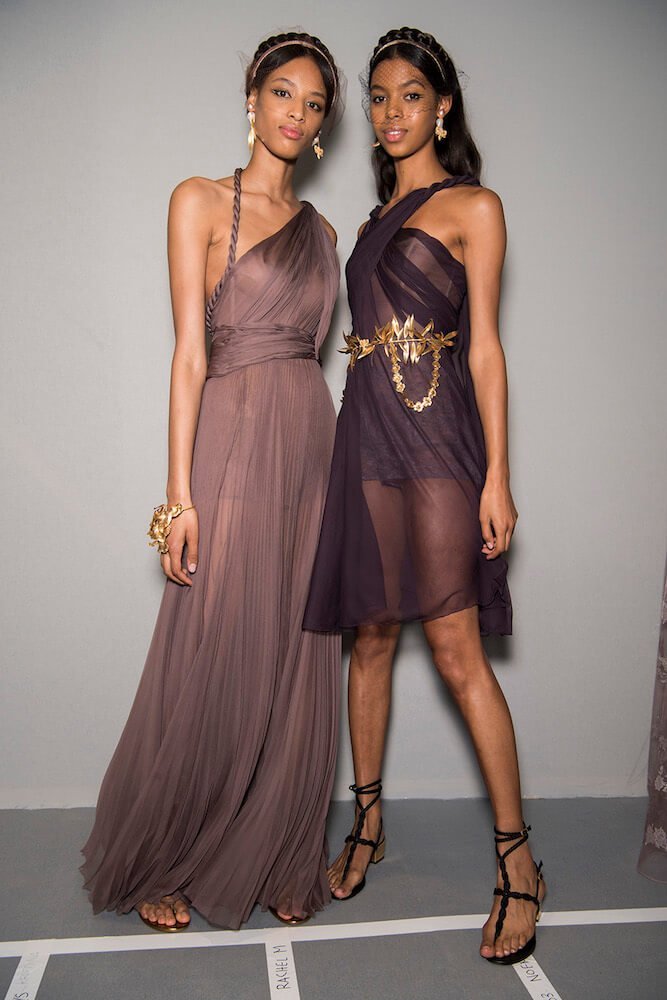 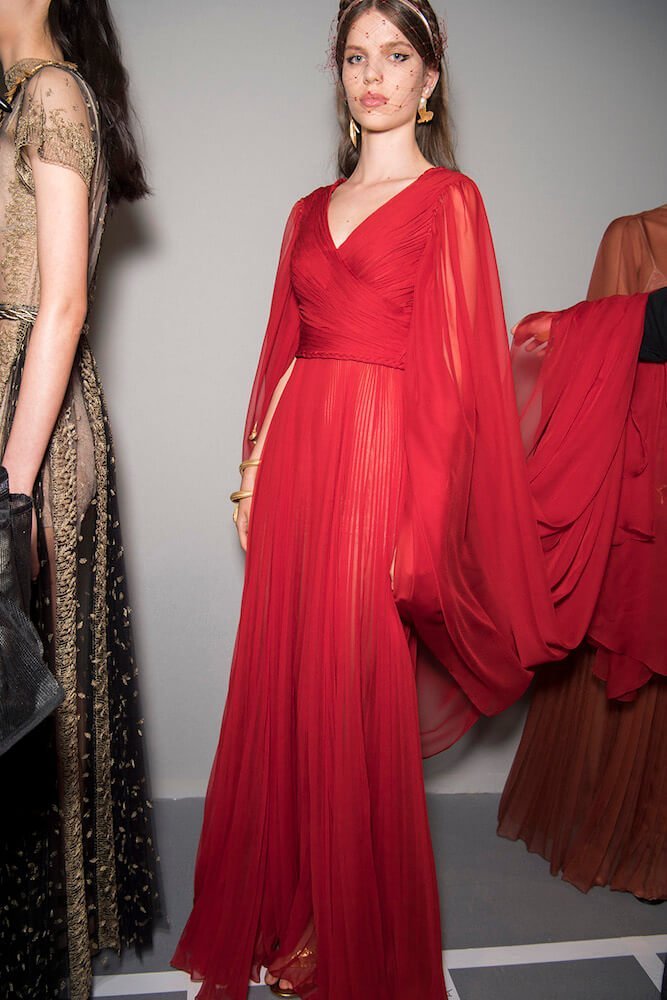 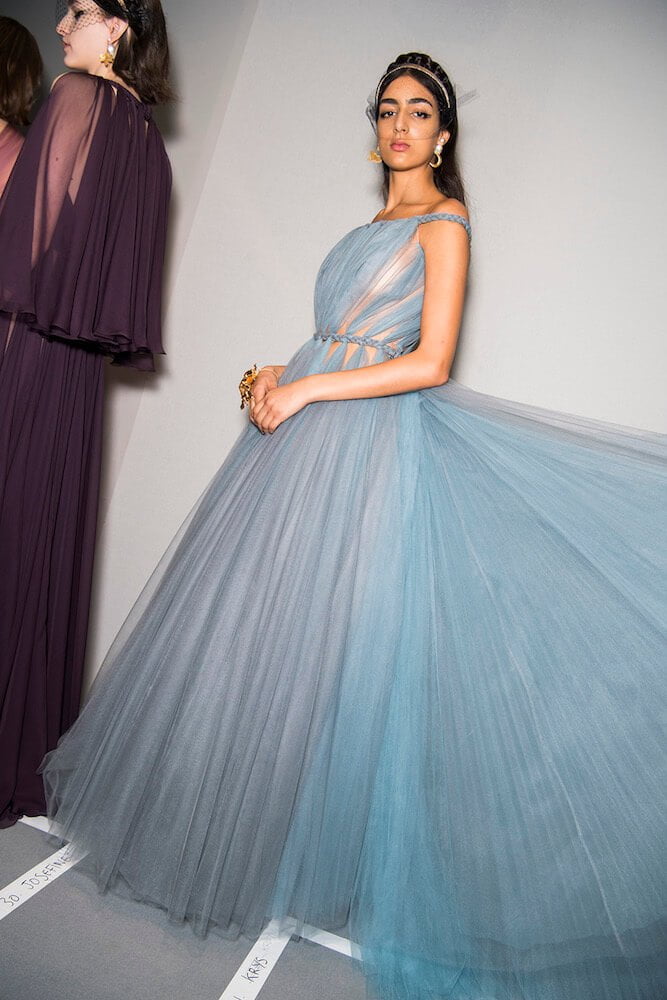 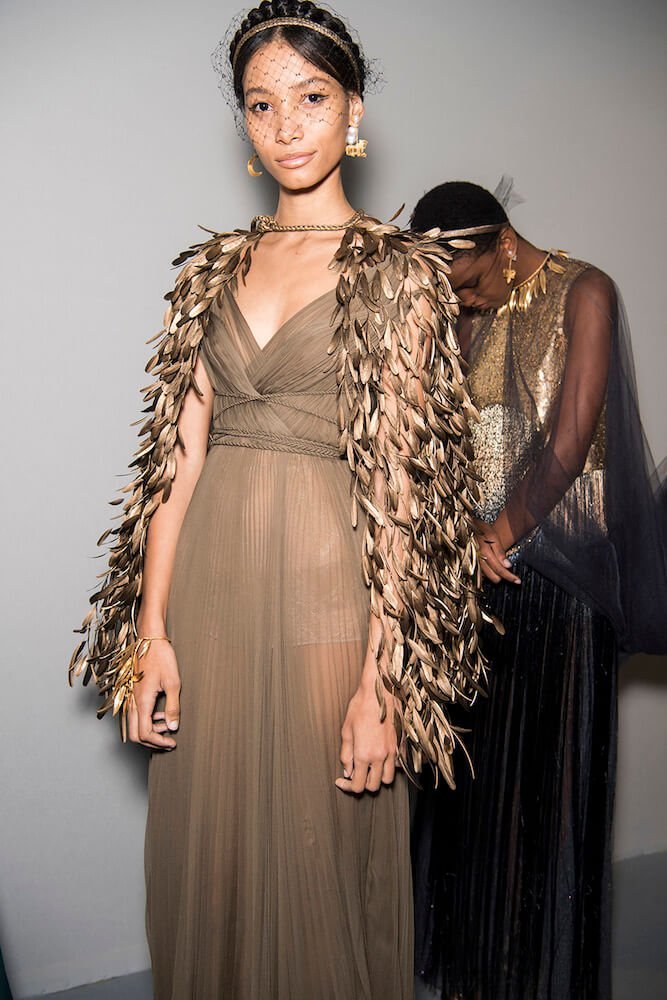 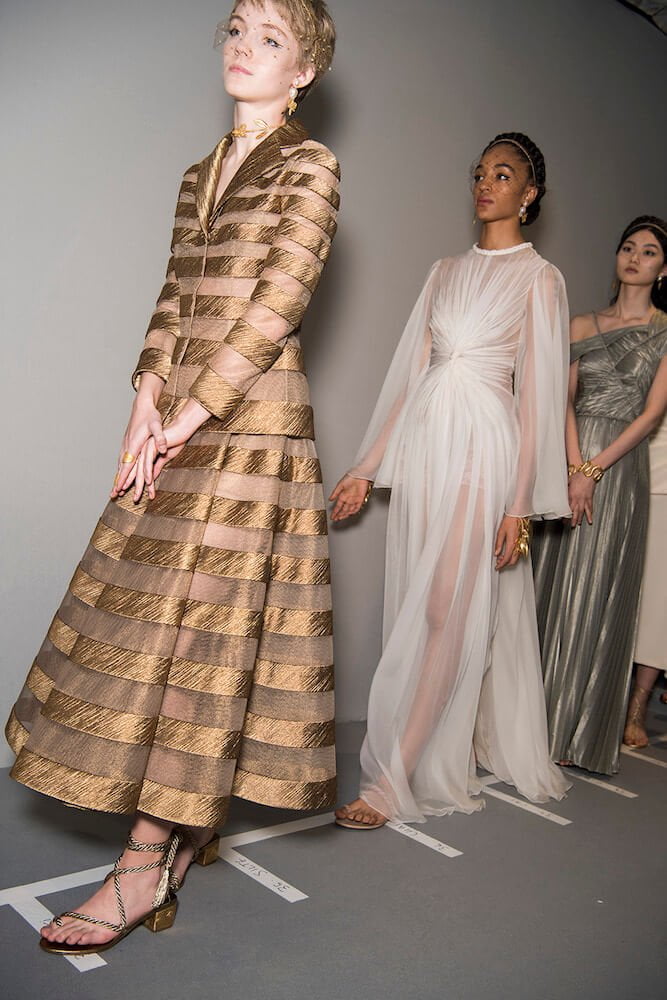 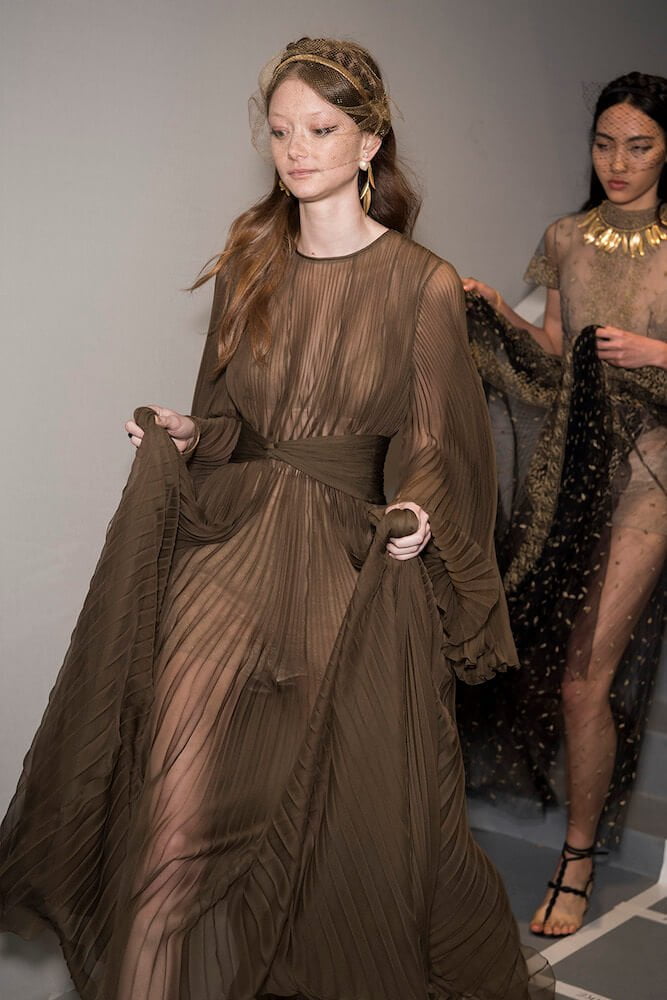 What if women ruled the world? It was a question posed by the famed feminist artist Judy Chicago, the latest female creative to collaborate with Maria Grazia Chiuri on the latest Dior haute couture show. In search of the answer, the fashion crowd processed through the garden of the Musée Rodin on a floral carpeted outdoor walkway which led into a giant white egg-shaped structure. “Would all buildings look like wombs?” was another of Chicago’s “If women ruled the world” type of hypotheses which the artist had embroidered in looping script onto large golden banners that hung over the Dior catwalk. “Would God be female?”, “Would men and women be equal?”, “Would both men and women be gentle?”, “Would both men and women be strong?”, “Would there be equal parenting?”… Chicago called her installation The Female Devine and set the soft power tone for a show where femininity and feminism came together as one.

Chiuri took inspiration from the goddesses of Ancient Greece and the couture workmanship was awe-inspiring. Chiuri directed the Dior atelier to drape and gather chiffon into glorious gowns worthy of Athena. Swishing, golden fringe dresses shimmered down the runway as their easy grace belied their complex construction. An embroidered opera coat was made of cloth of gold. Chiuri found new ways to work the signature hourglass Dior silhouette cutting glinting, gilded cloth, in curving swathes around the body. It was light as mist and some gowns were so sheer that they came with their own matching chiffon bras and boxer shorts beneath. Chiuri found strength in delicacy. The models walked, sure footed and confident, in their flat, gold rope sandals and wore golden bands in their plaited hair. The power of elegance is marvellous to behold. Backstage, Chiuri spoke of her own activism and a desire to inspire a new generation of young women to follow big dreams, take charge and rule the world.

Ten’s To Do: Read ‘Dior/Lindbergh’, the Two-Volume Book Celebrating the Late Photographer’s Relationship with the Maison

Palace Arrives at Harrods with An Exclusive Capsule Collection

Ashish Queers The Pin-Up Calendar Just in Time for Christmas

10 Questions with Sasha Keable, as she Releases her latest EP ‘Intermission’

This GCDS and Bratz Collaboration Celebrates the Beauty of Uniqueness