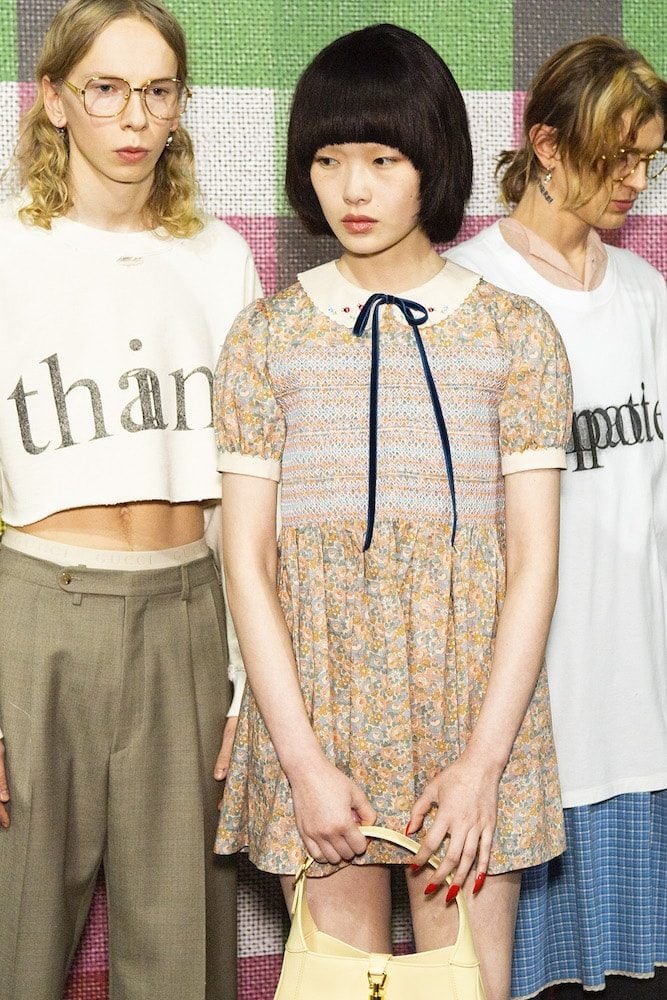 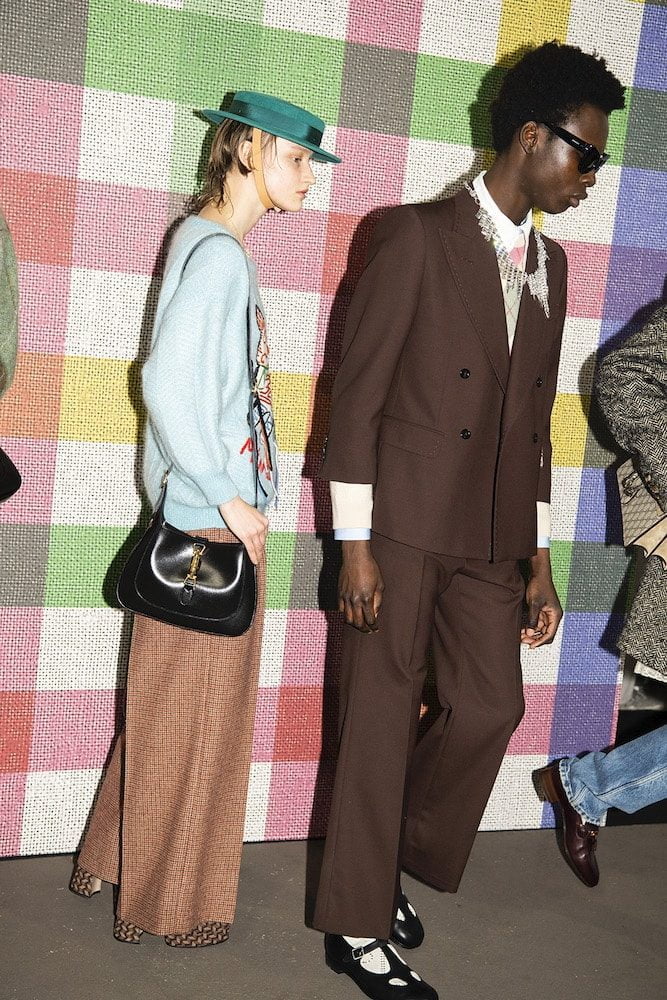 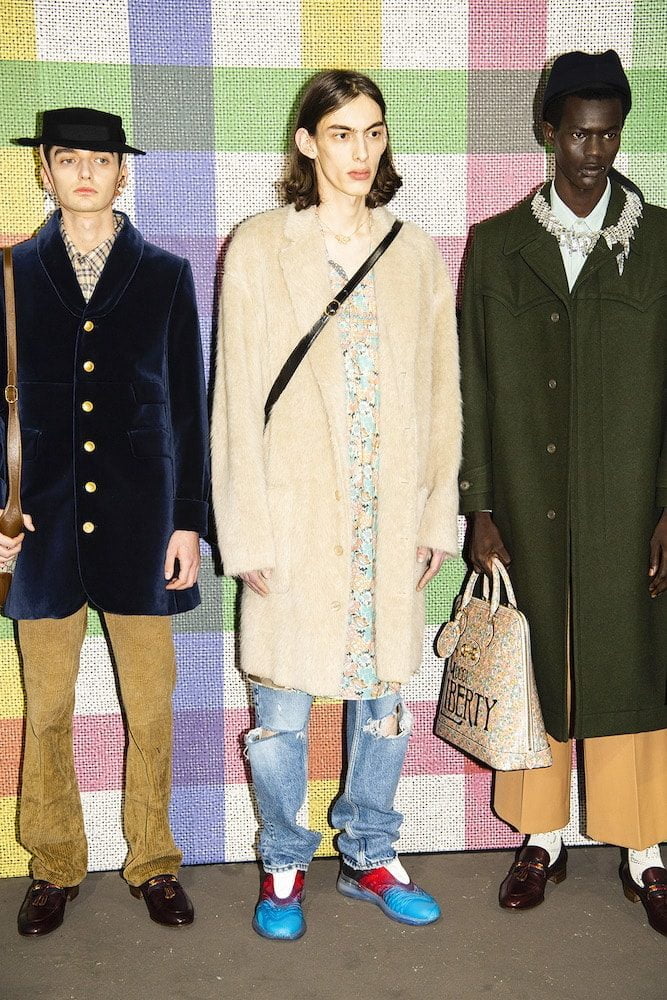 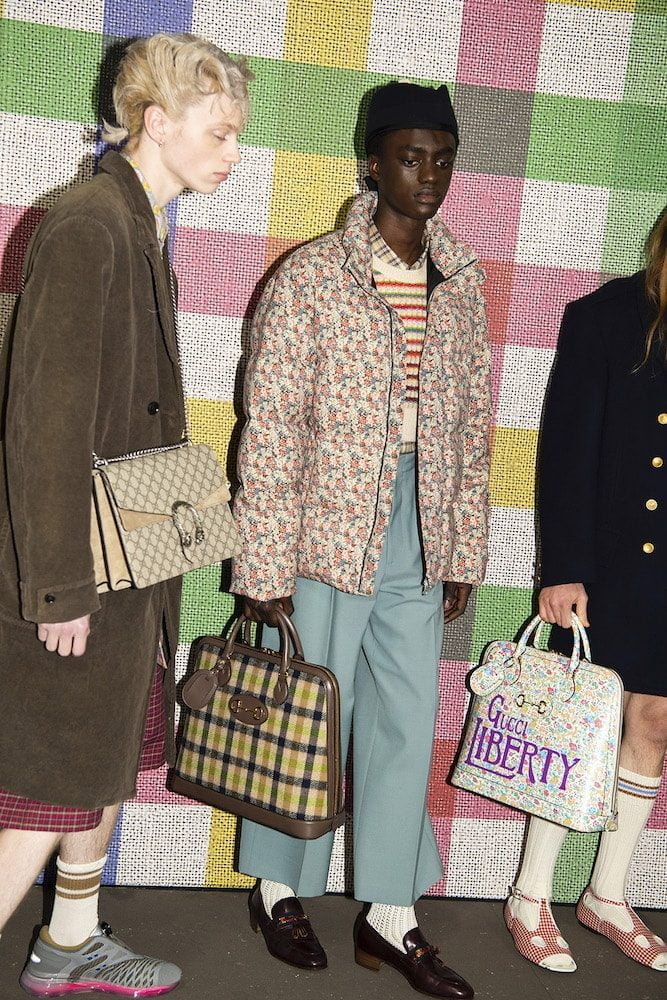 A lot has changed since Alessandro Michele first took the reigns at Gucci, presented his first show back in January of 2015 and subsequently changed the face of fashion. Thanks to the femme pussy-bow shirts and lace-y blouses which were apparently taken from Frida Giannini’s women’s designs as Michele put together his debut in just over two weeks, the menswear world was almost enraged of the extremities this one designer had decided to envelop the luxury Italian house with. But as he continued to push the limits each season, industry’s standards moved along, heading towards a much more fluid view of men’s style and gender in general. Today, Michele celebrated the fifth anniversary of that groundbreaking show with a focus on masculinity and the societal norms we’re all exposed to from an early age. With a social media campaign of #RaveLikeYouAreFive, Gucci encouraged their audiences to go back to that young and innocent age in order to understand the impact of the world around us on what we look like, behave and think today.

In dress form, this transpired into an ode to cuteness reflected in the simplicity of Michele’s approach picking up from his debut show. 48 men’s and 10 women’s looks walked out without much difference between the as the grand pendulum swung in the middle of the venue, symbolising the passing of time between then and now. A partnership with Liberty London came across through the delightfully chintzy floral prints which emblazoned puffer jackets and bags, while artwork from Richard Hell’s book ‘Psychopats’ made its appearance in graphic knits and t-shirts overlapping the words Think/ Thank and Impatience/ Impotence.

A gloomy rock soundtrack by Steve Mackey rounded up the grunge-y mood which was enhanced with a line-up of looks that could have easily been part of the tour wardrobe of any successful and stylish 1970-something band. Eternally nostalgic but also open to change and future, Michele’s biggest strengths lie in creating an alternate universe without a yesterday or tomorrow. He lives in the now which is much more appealing than the reality we live in.