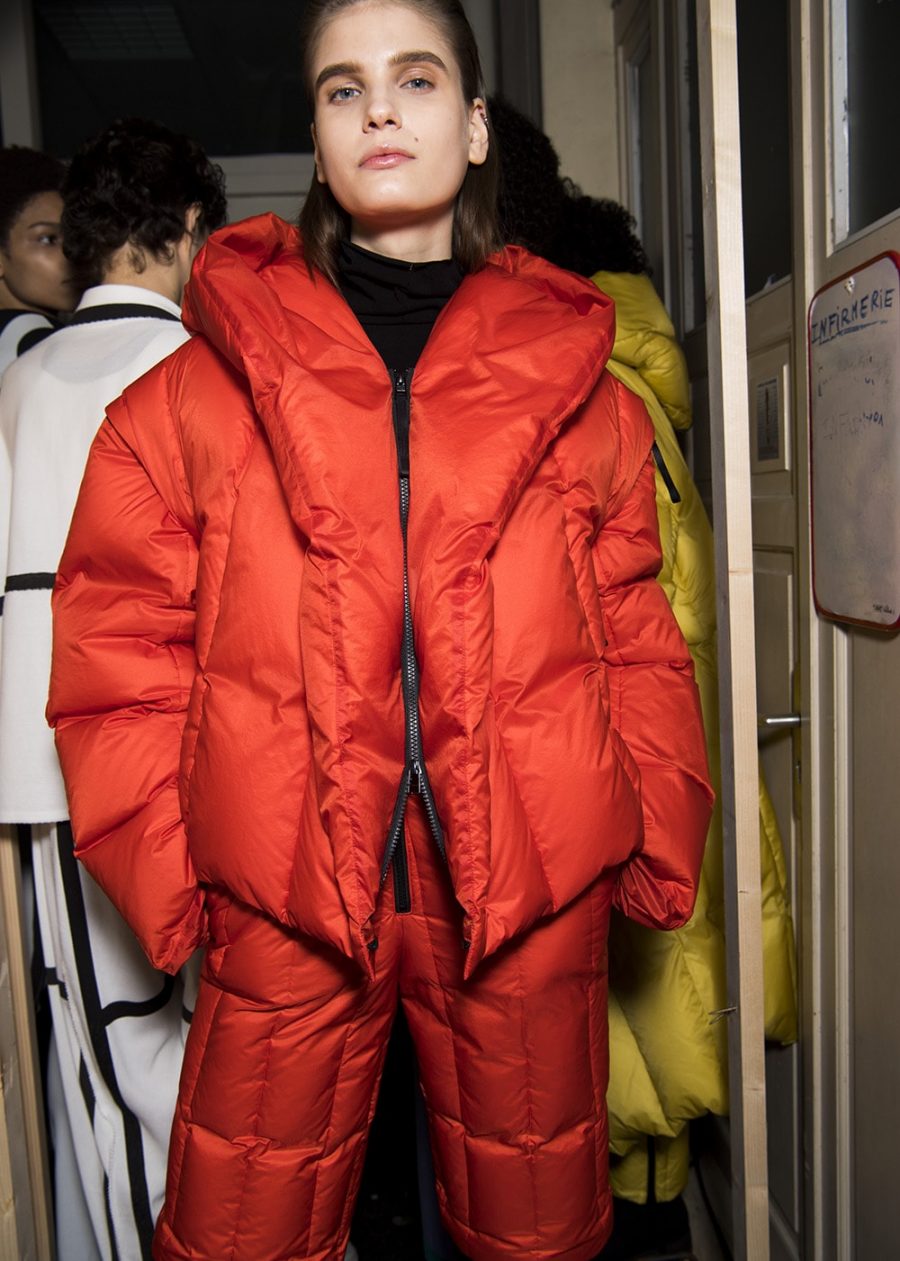 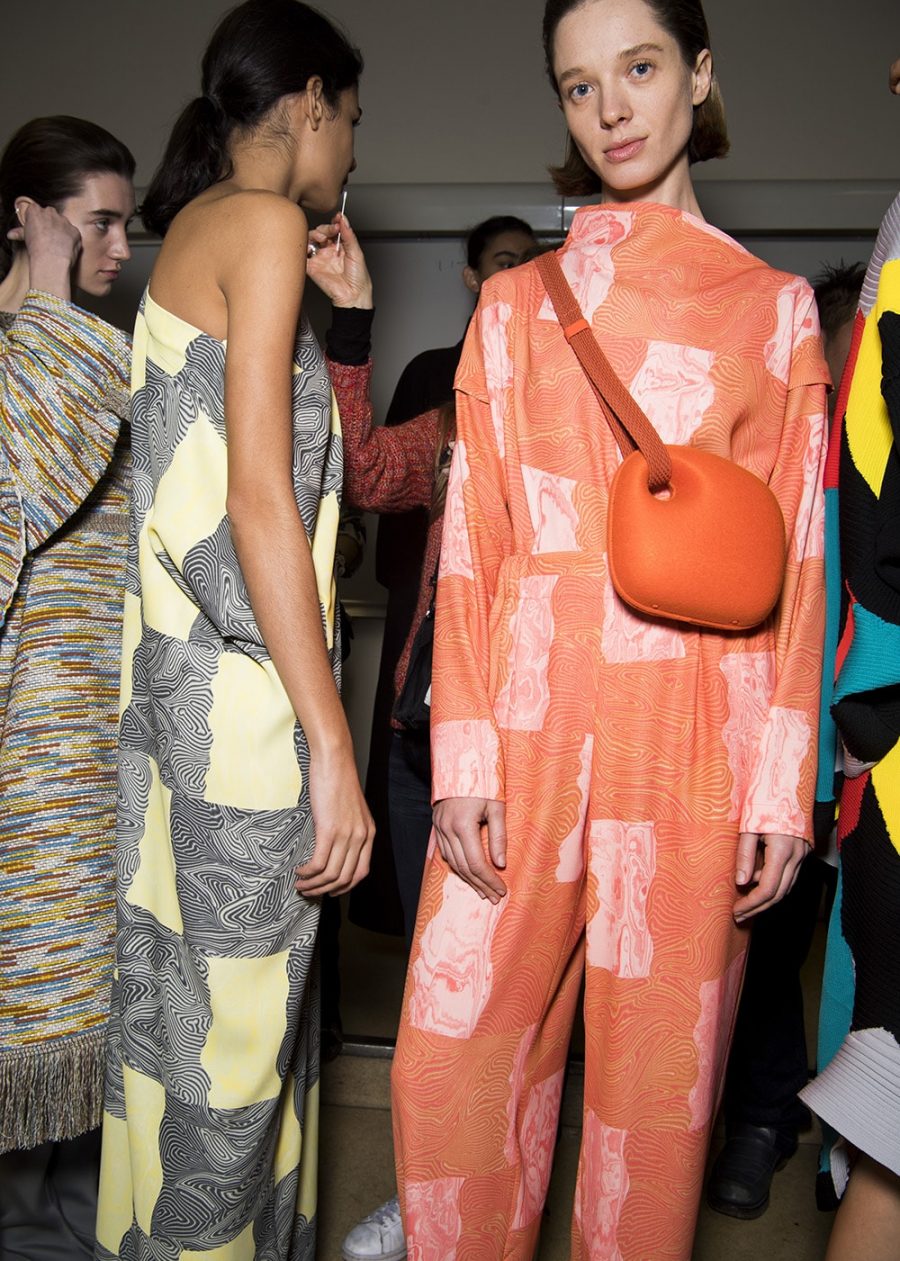 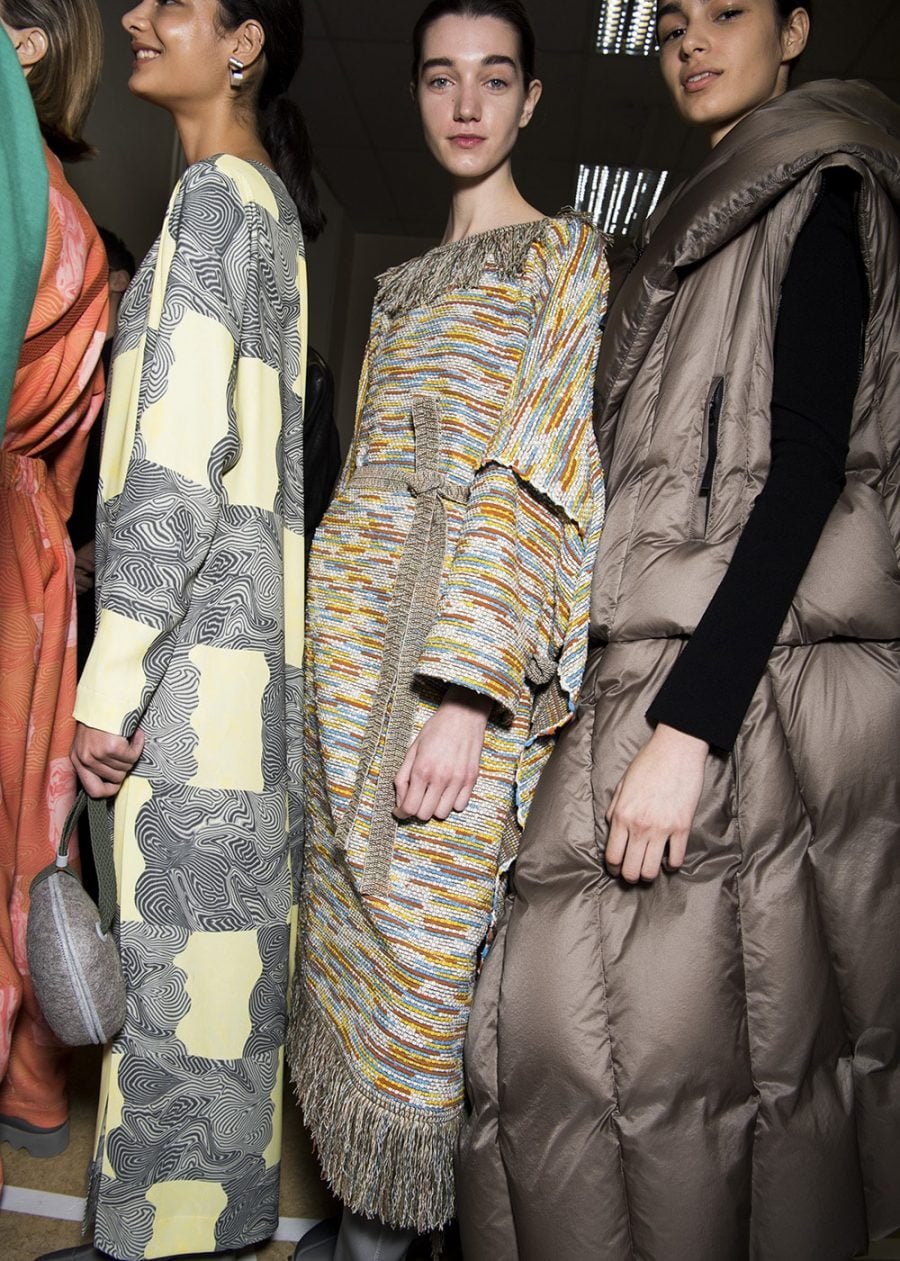 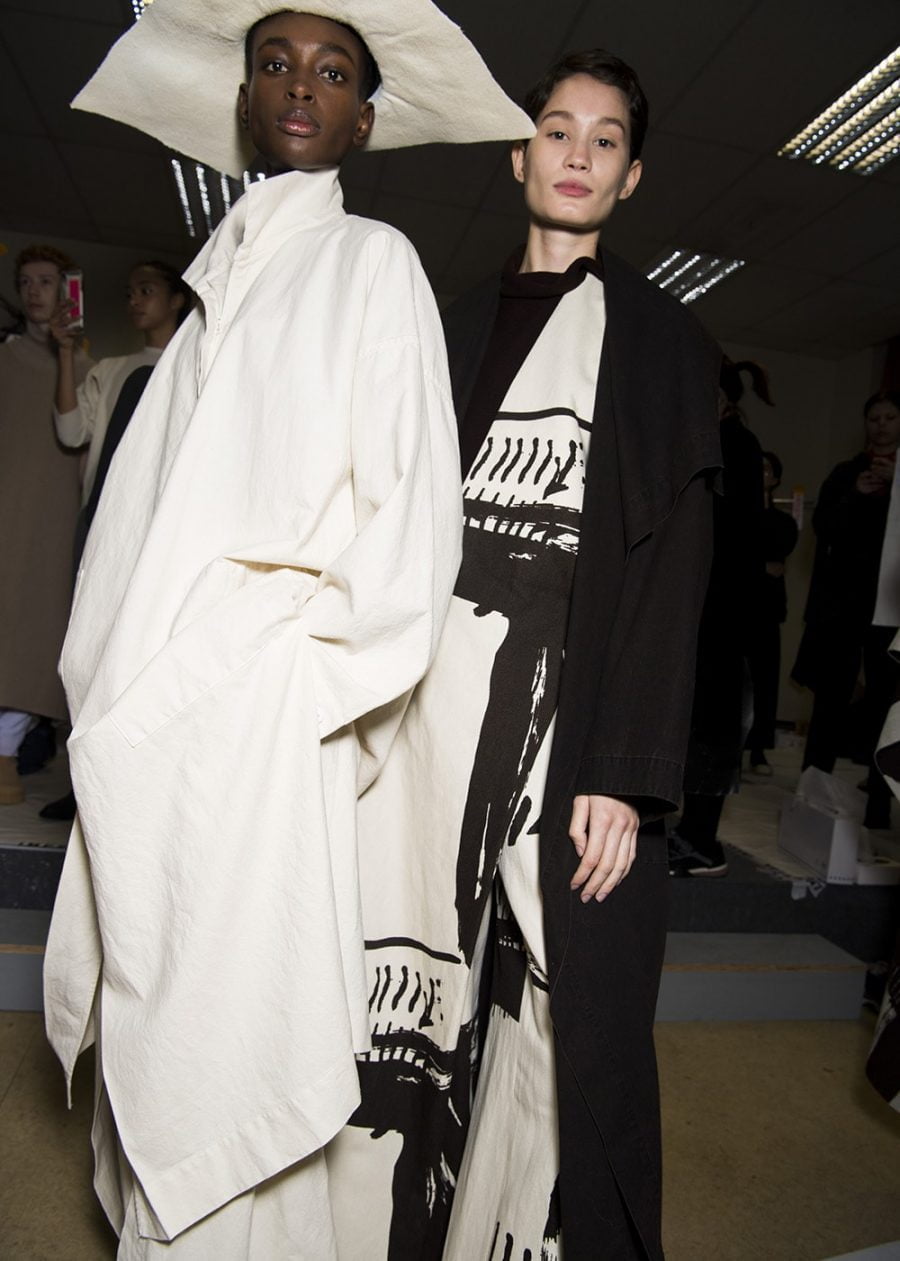 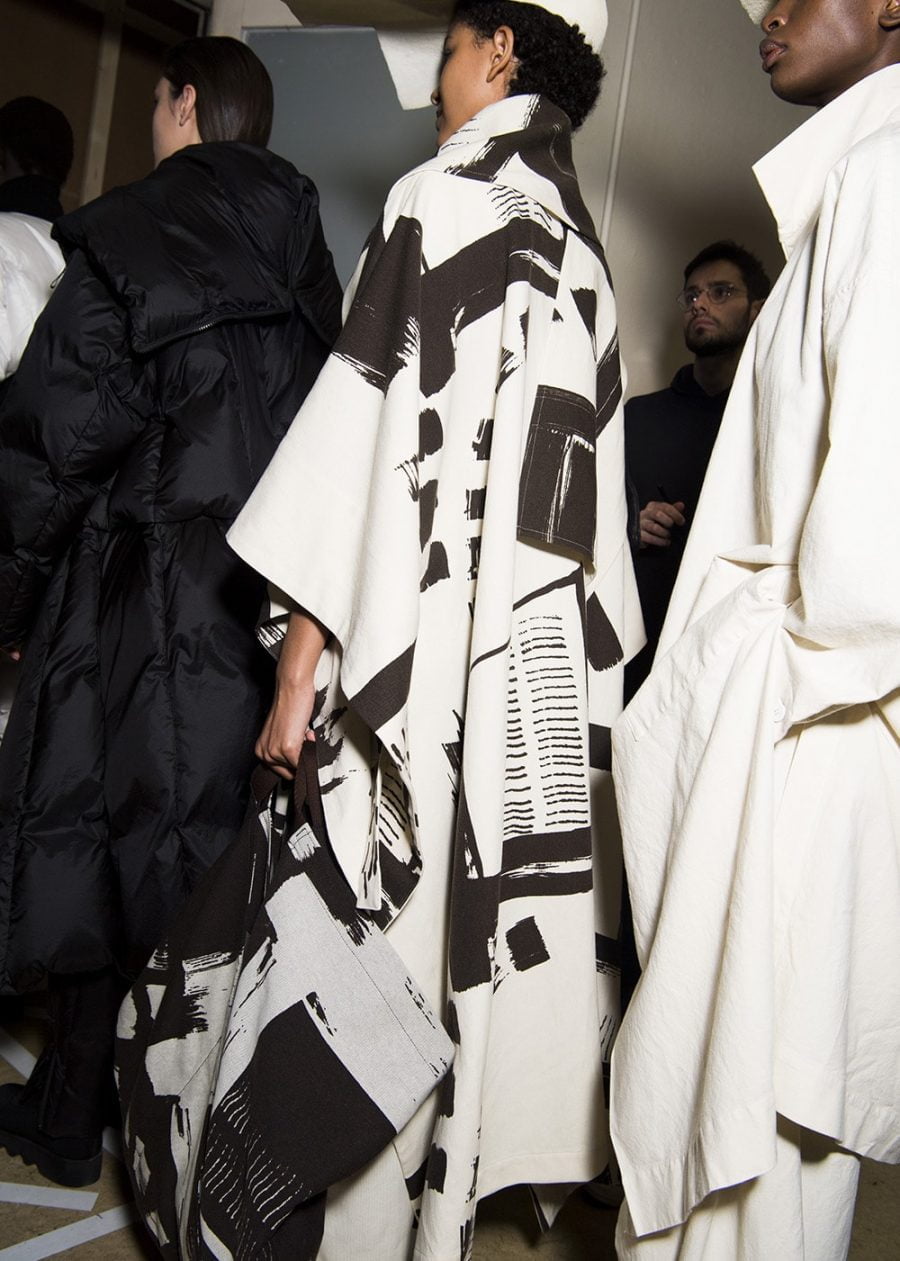 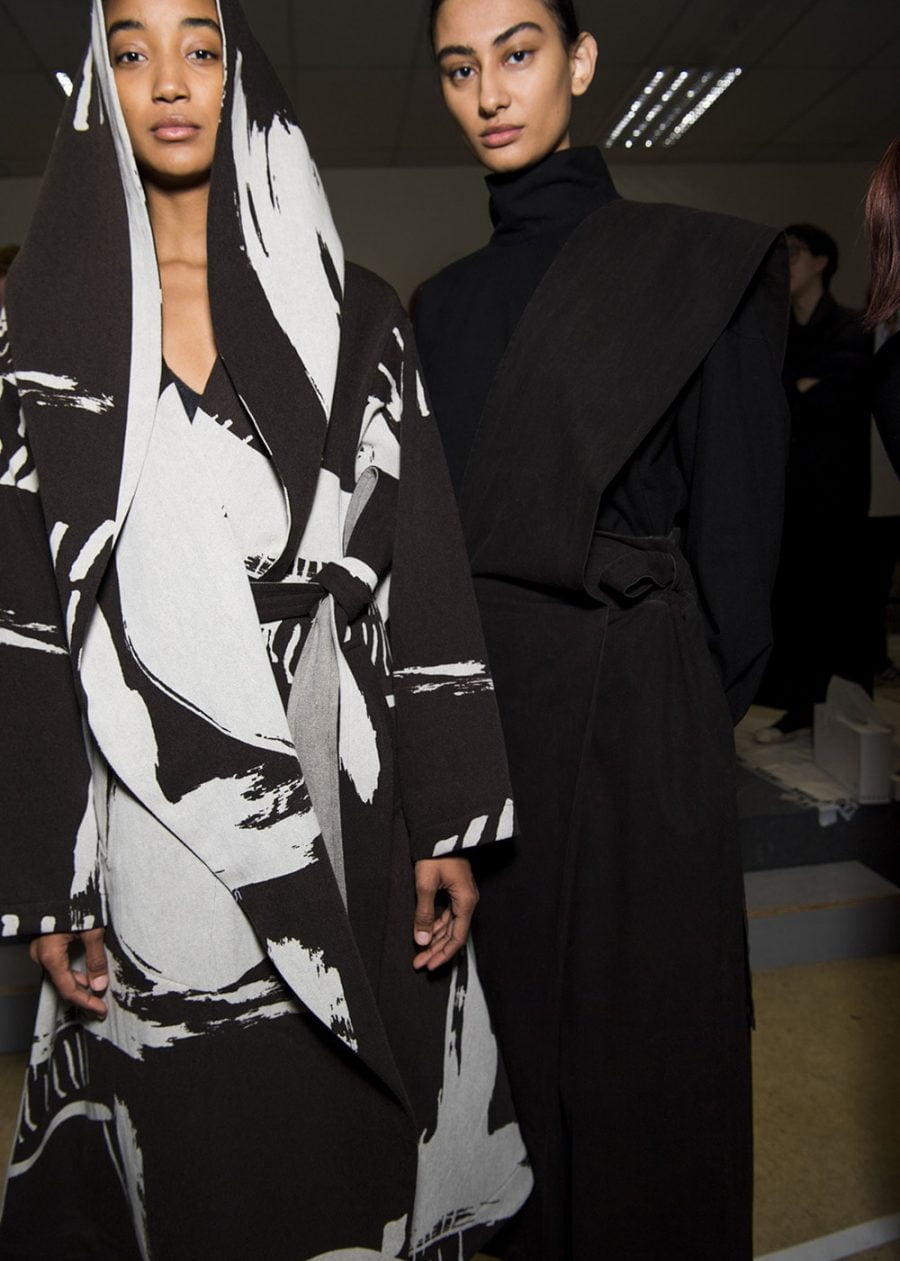 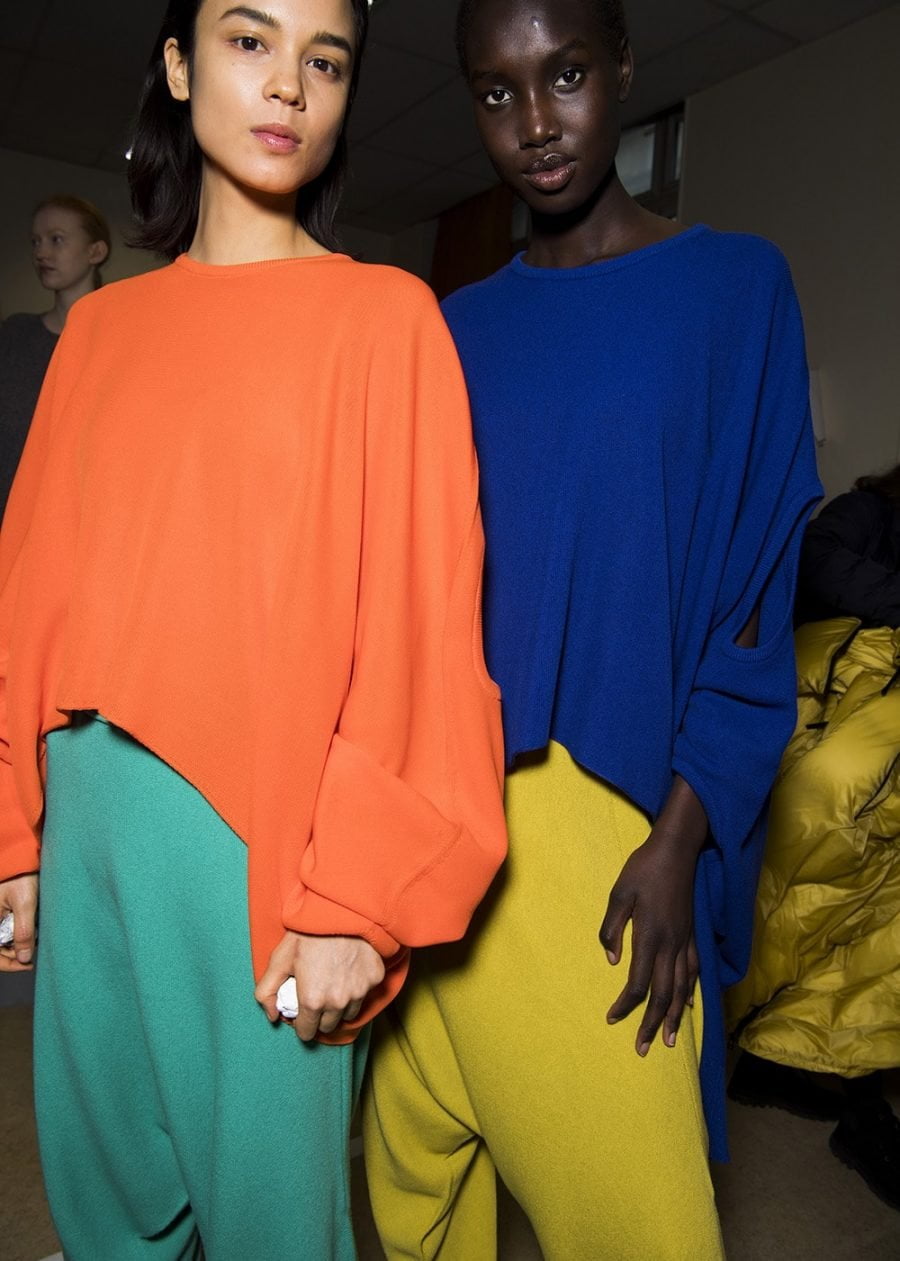 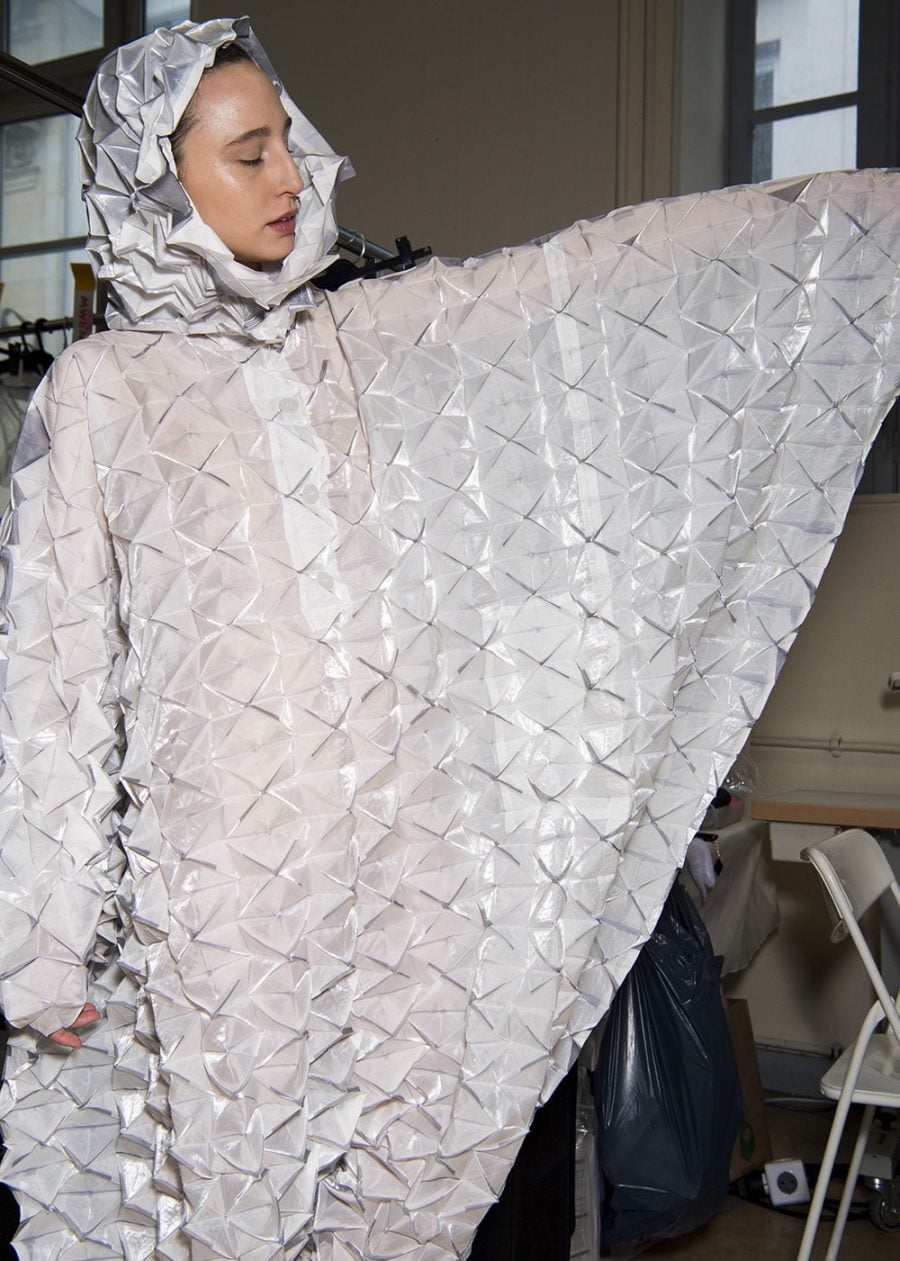 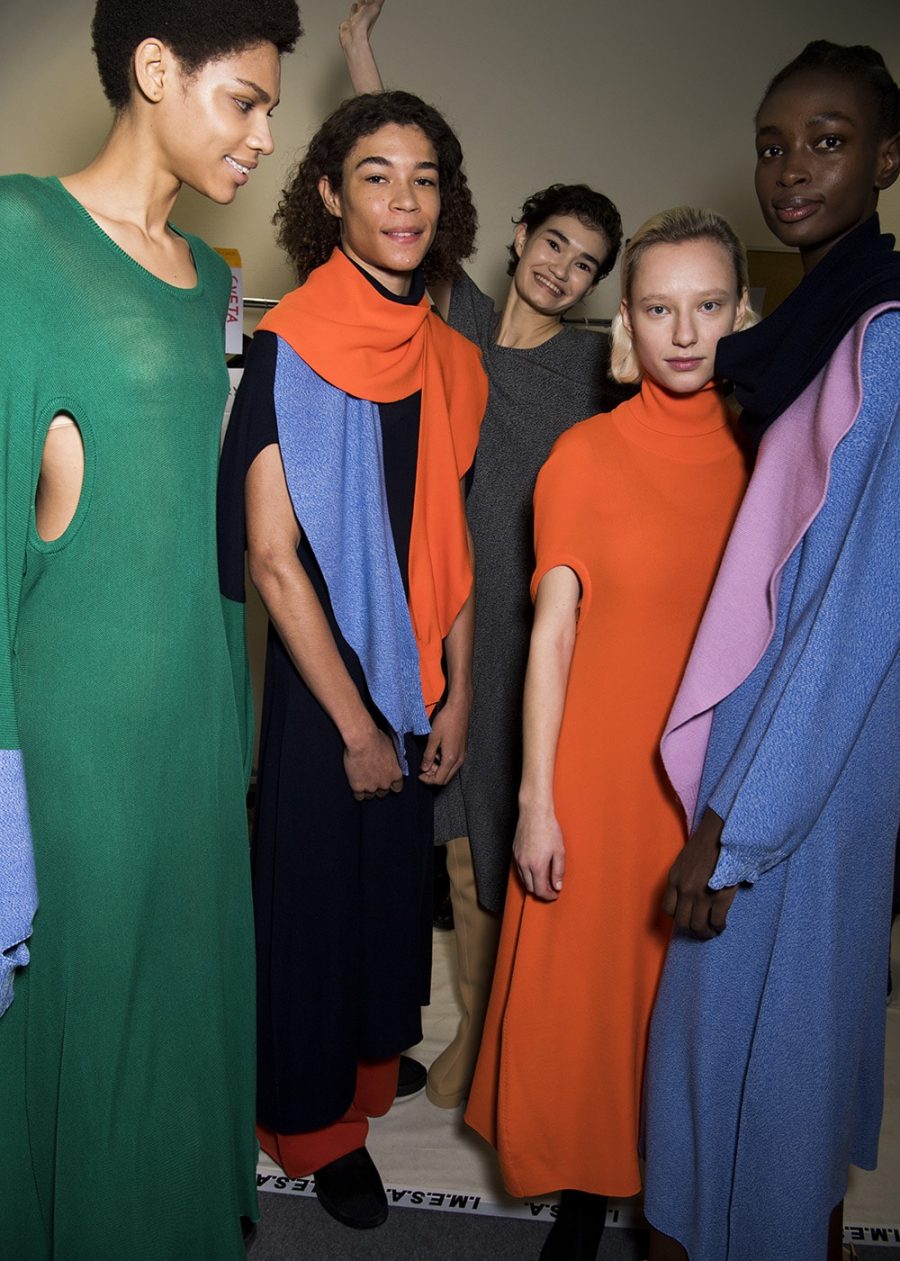 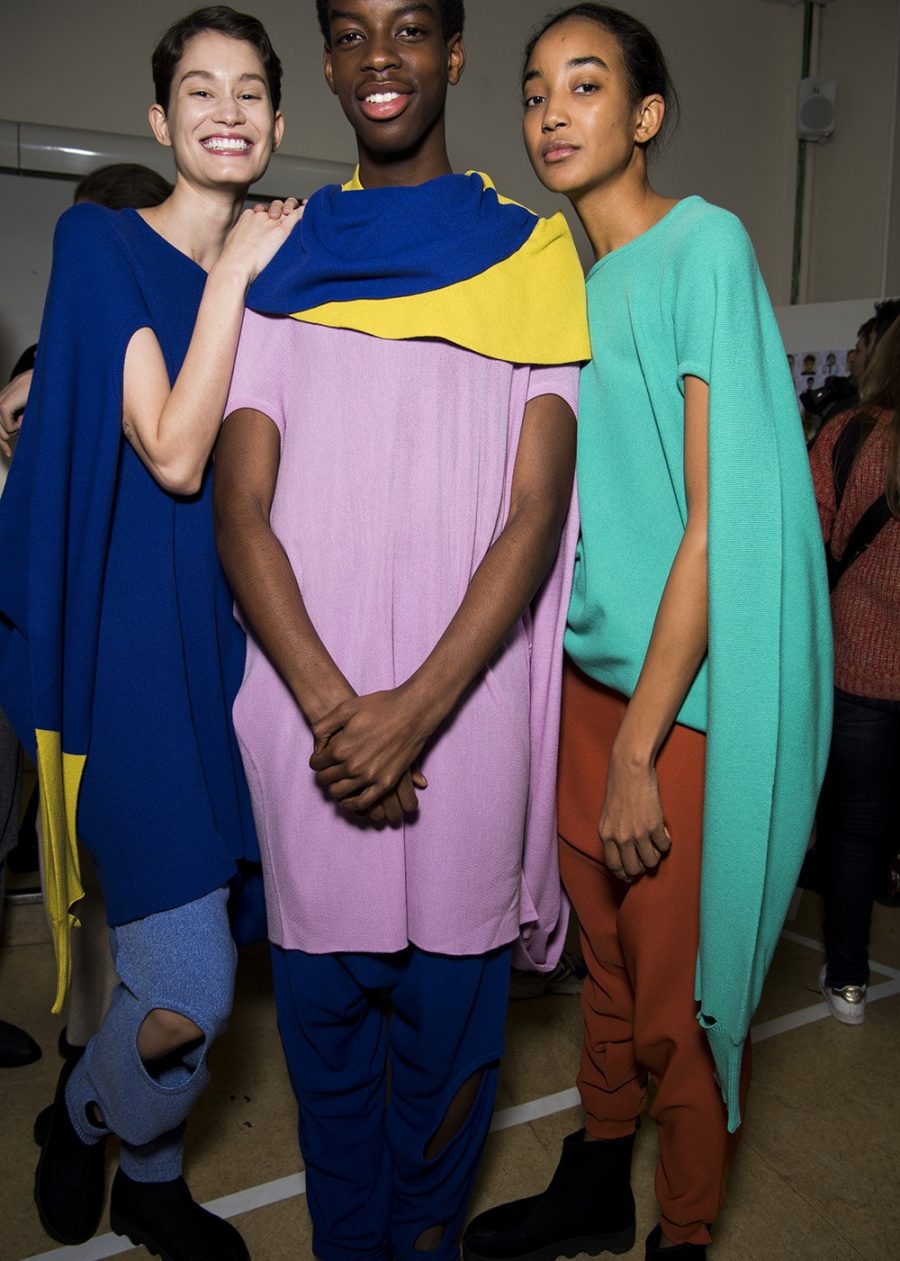 Two seasons in and Issey Miyake designer, Satoshi Kondo, is already gaining a reputation as a showman. His debut for the label last season, with skateboarding models and clothes falling onto models bodies from above provided one of the viral catwalk images of last season. What would he do for AW20? The focus was less on viral theatrics although at the beginning of the show, two artist cut human-shaped holes in a cyclorama for the models to enter the catwalk space. In a series of vignettes, he explored the many technical innovations synonymous with this creative house. The show began with a section devoted to A-POC (which stands for ‘a piece of cloth’) where one garments are made flat with no darts and take a boxy shape on the body. Colourful knits were put together like 3D jigsaws. A quilted section of adjustable down outfits, that zipped and clipped into infinite variations brought something new to the streetwear conversation. Jumpsuits with 3D triangulation looked like wearable versions of the cult Bao Bao bag. The show ended with groups of models conjoined by their clothes snaking along the catwalk in a high fashion conga. It was uplifting and joyful: both are Miyake signatures. Mr Kondo knows how to tell stories with fashion and we are excited to see what he does next.