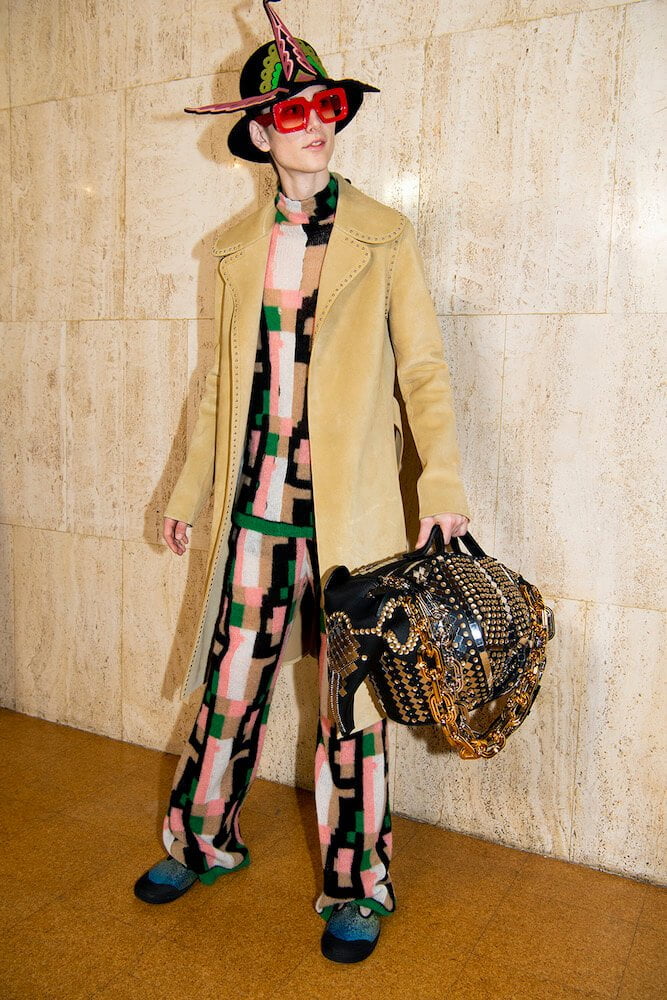 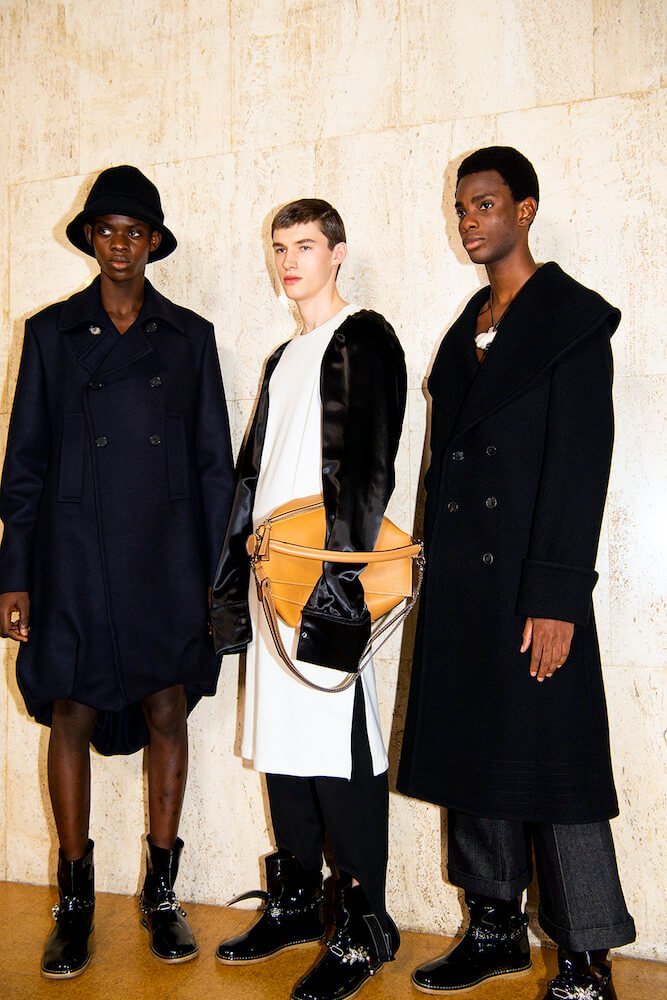 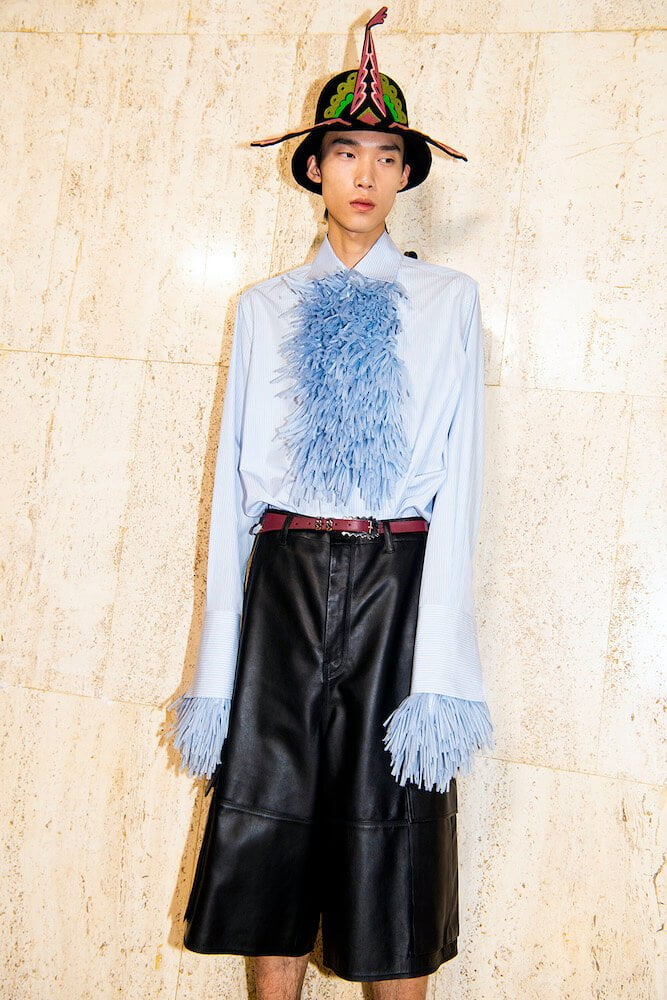 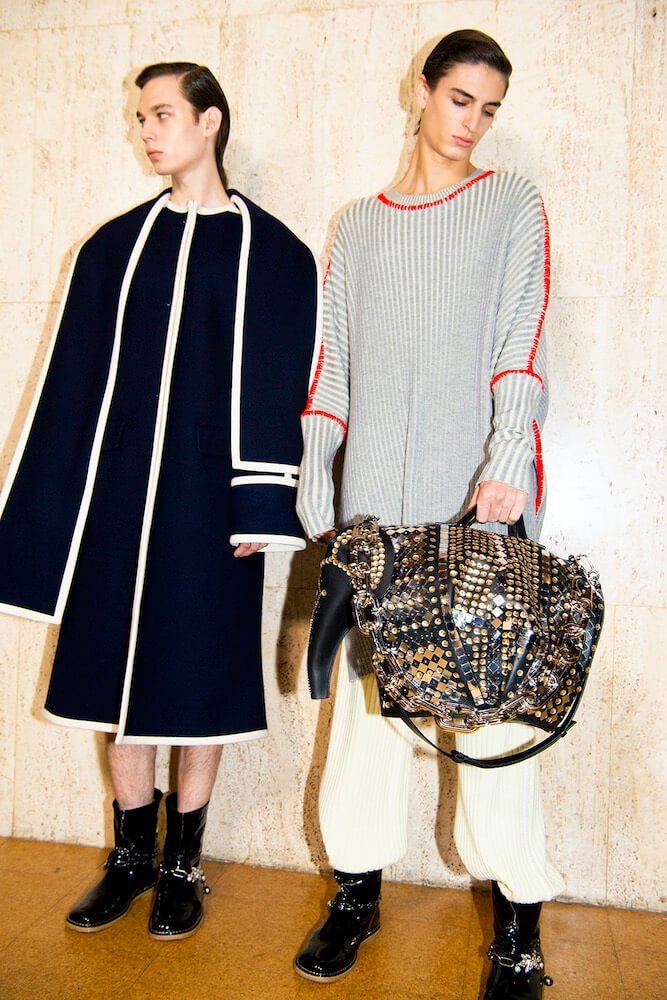 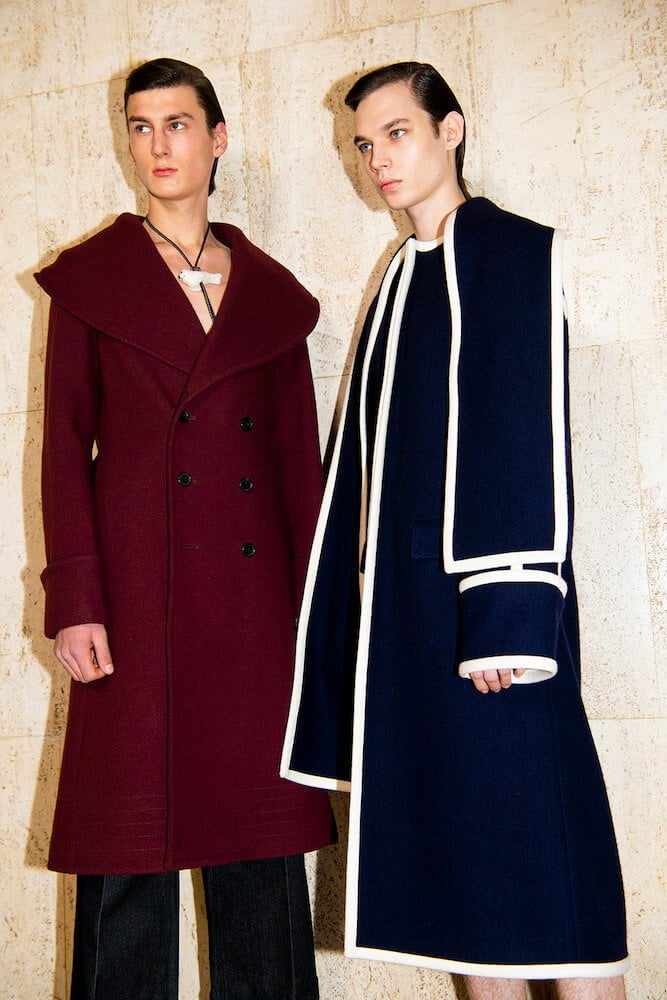 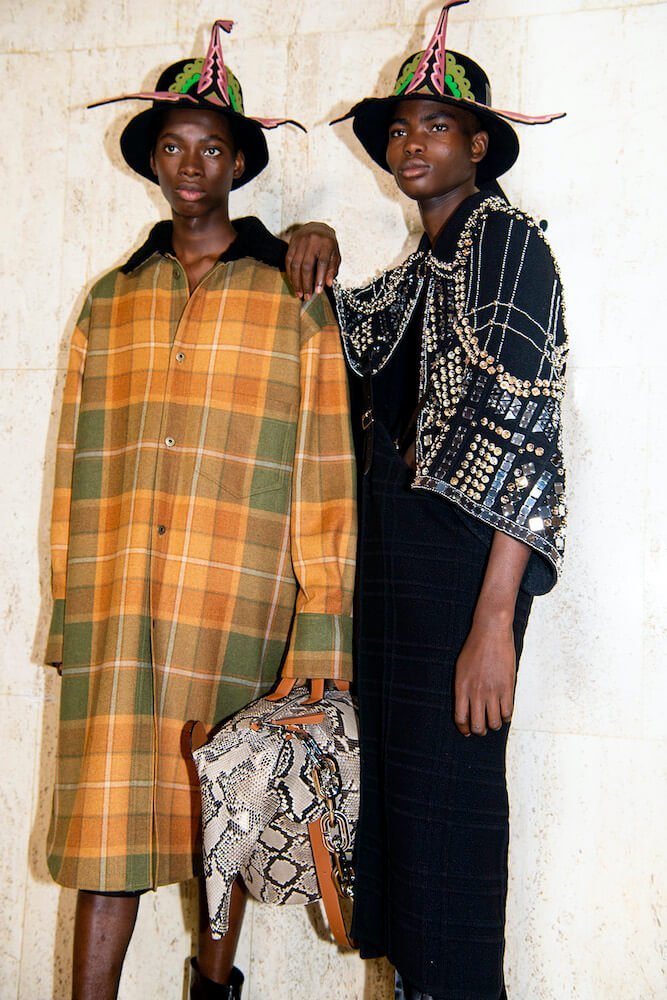 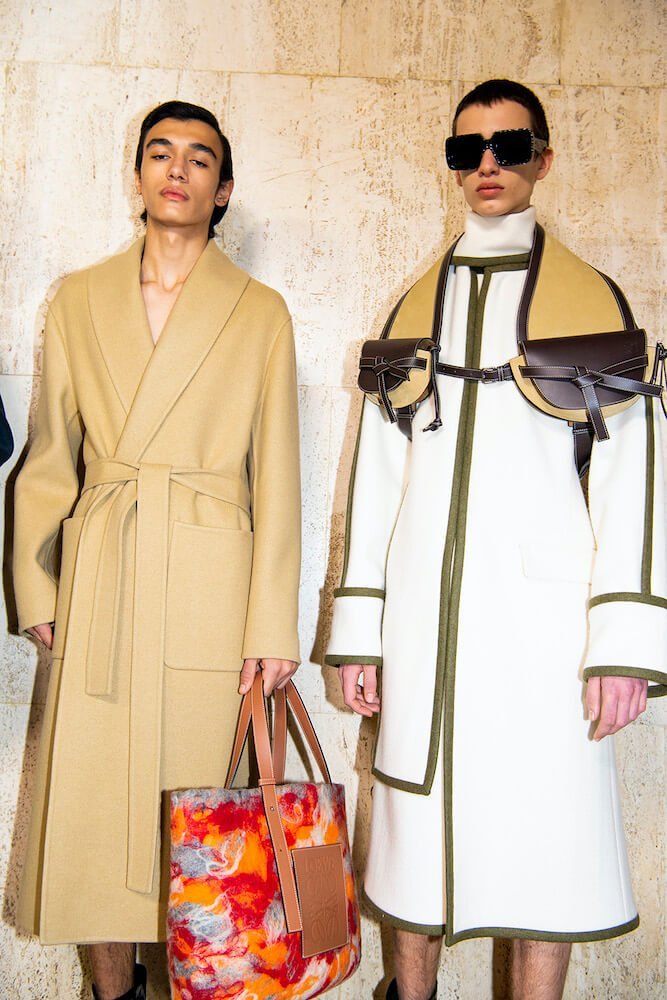 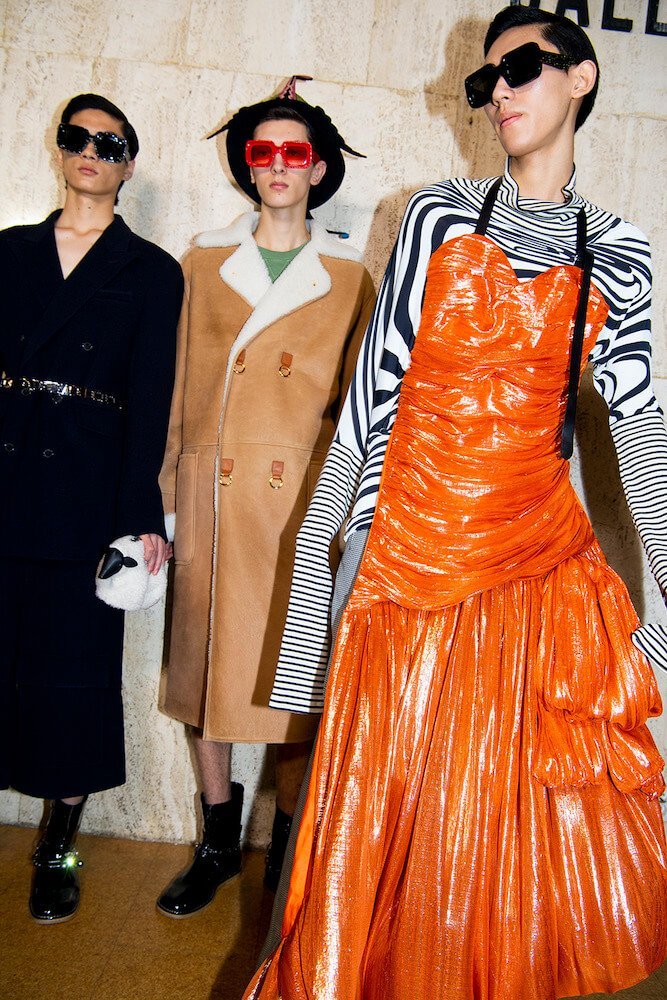 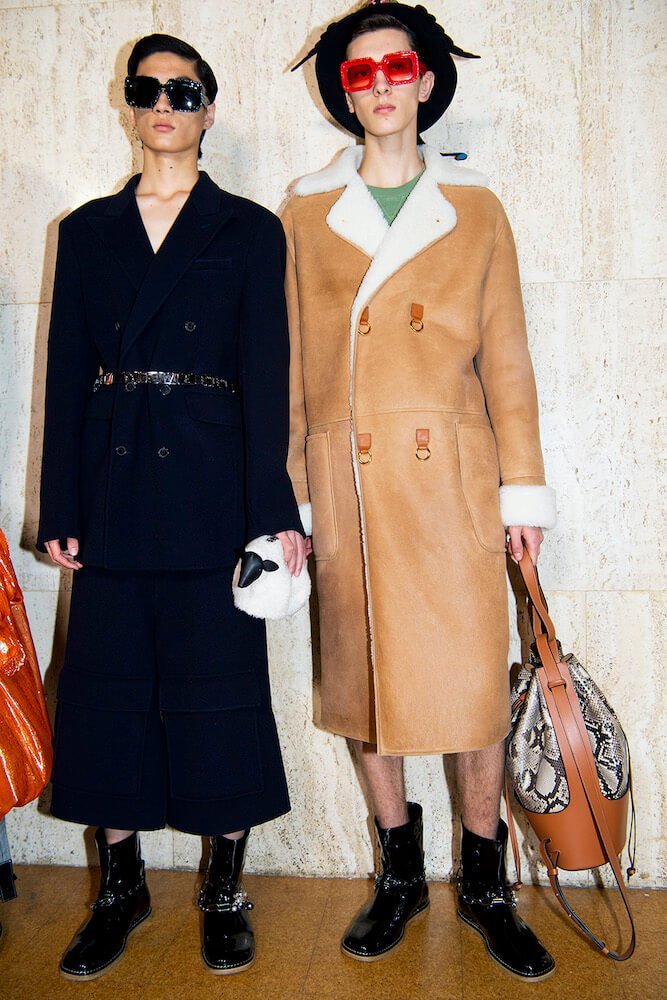 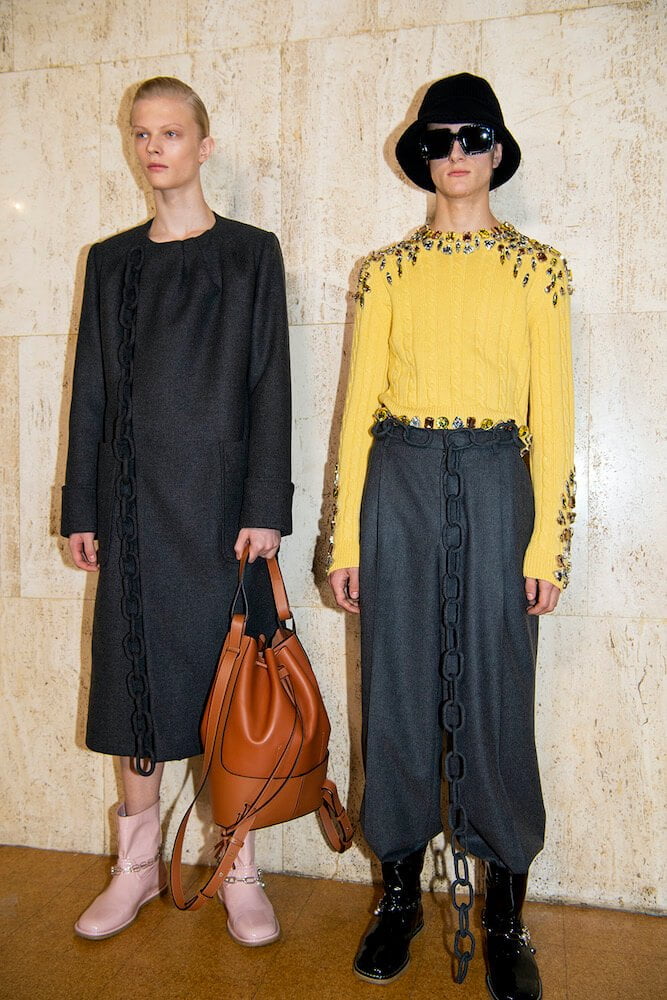 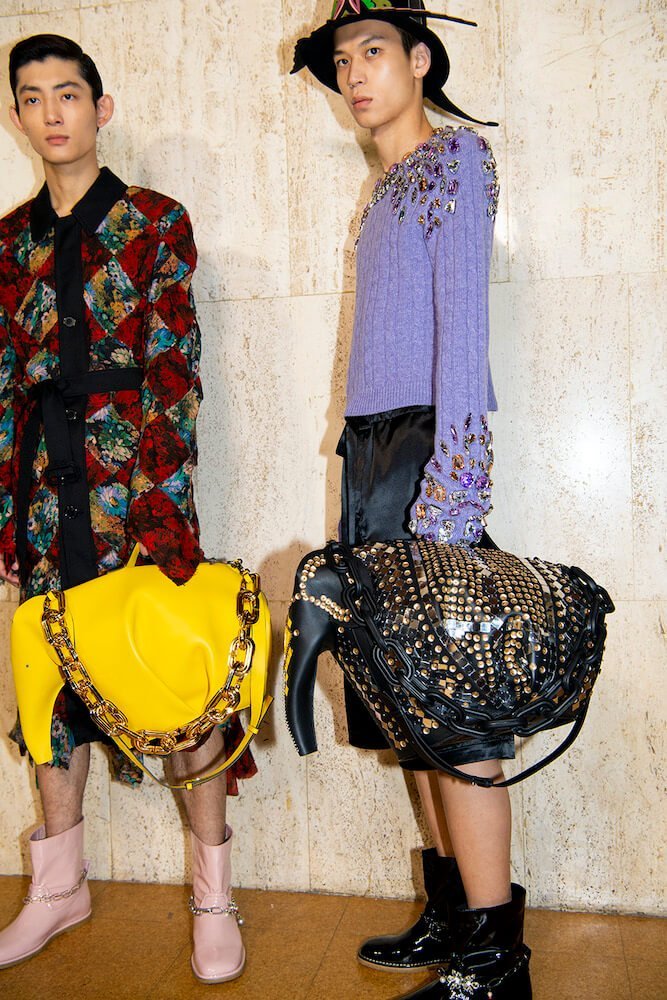 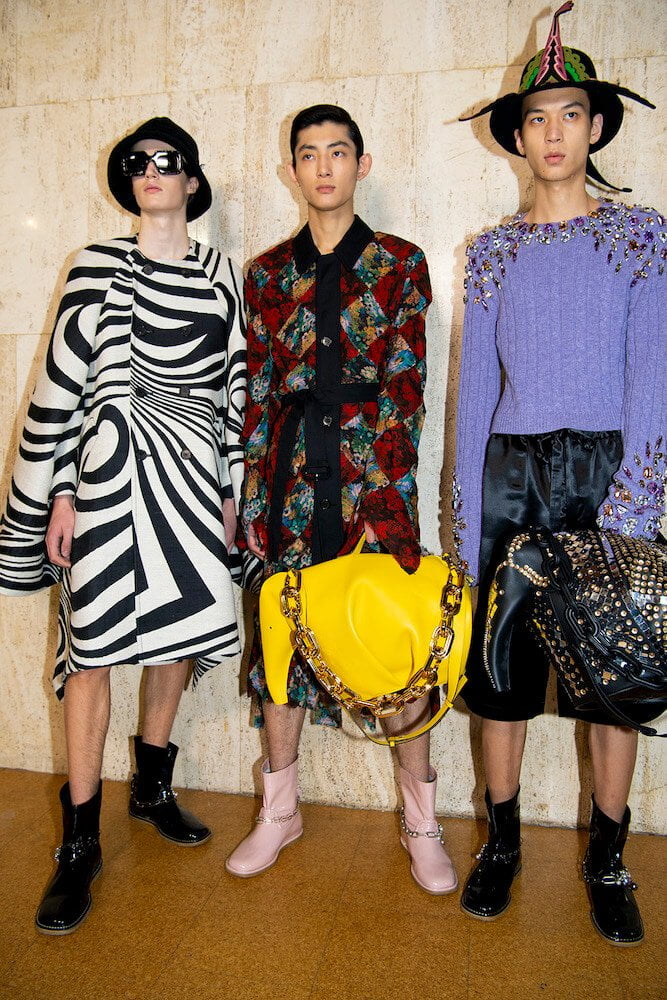 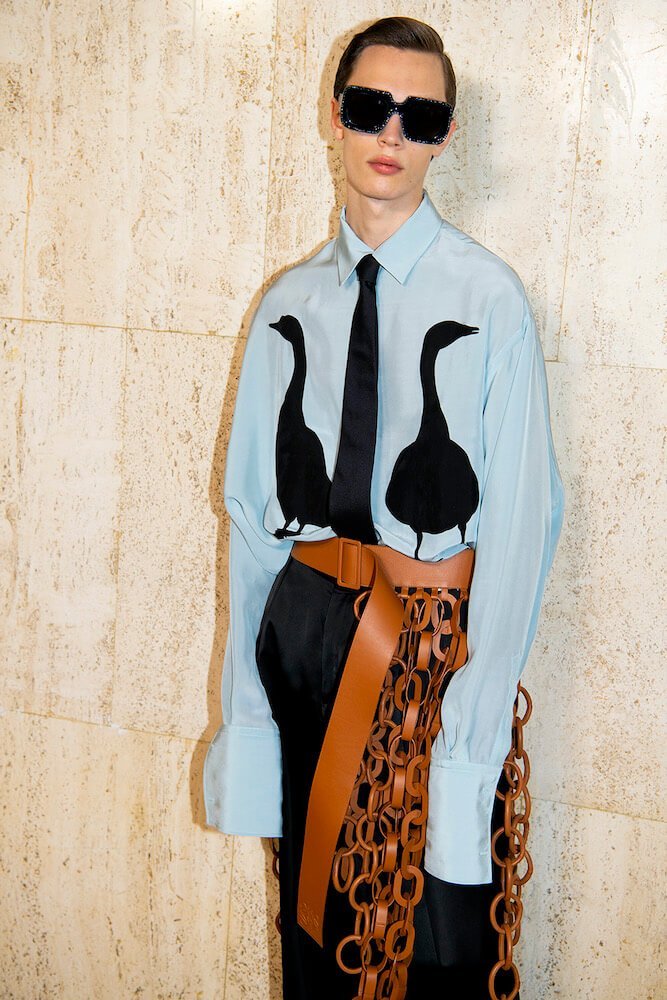 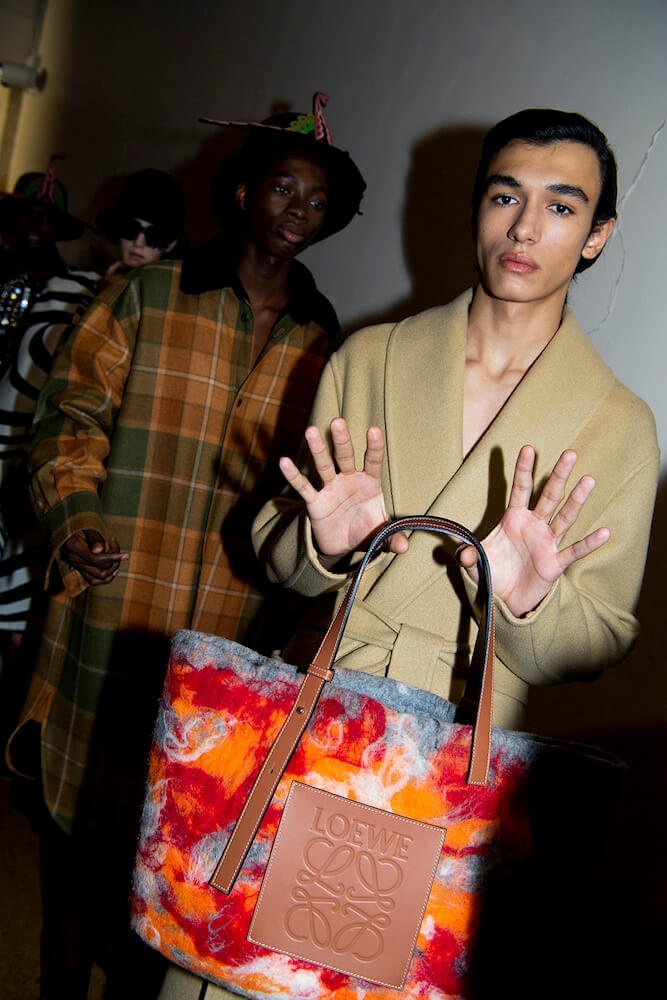 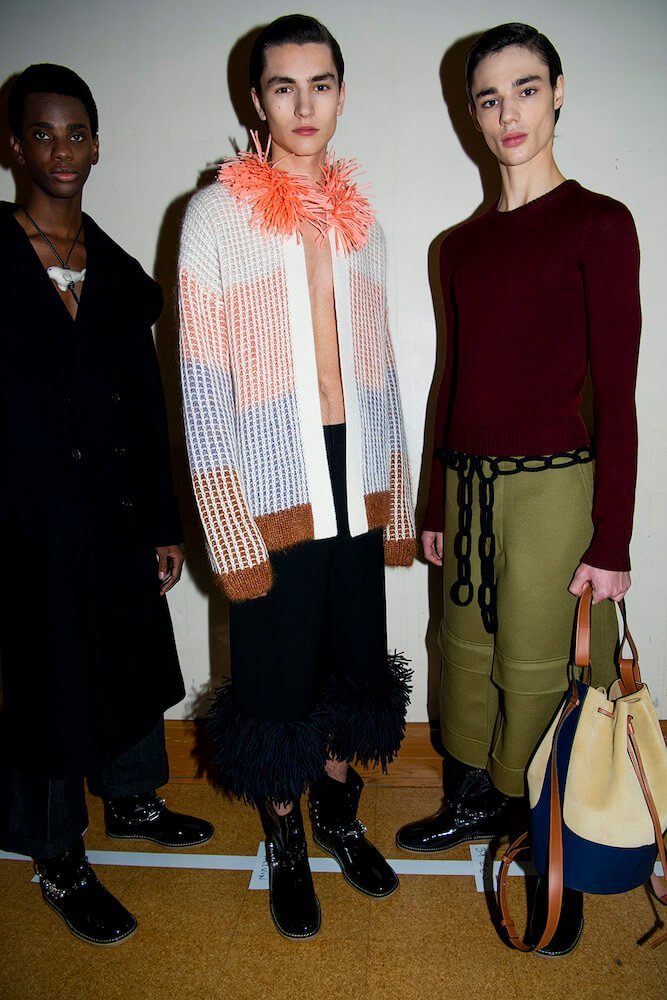 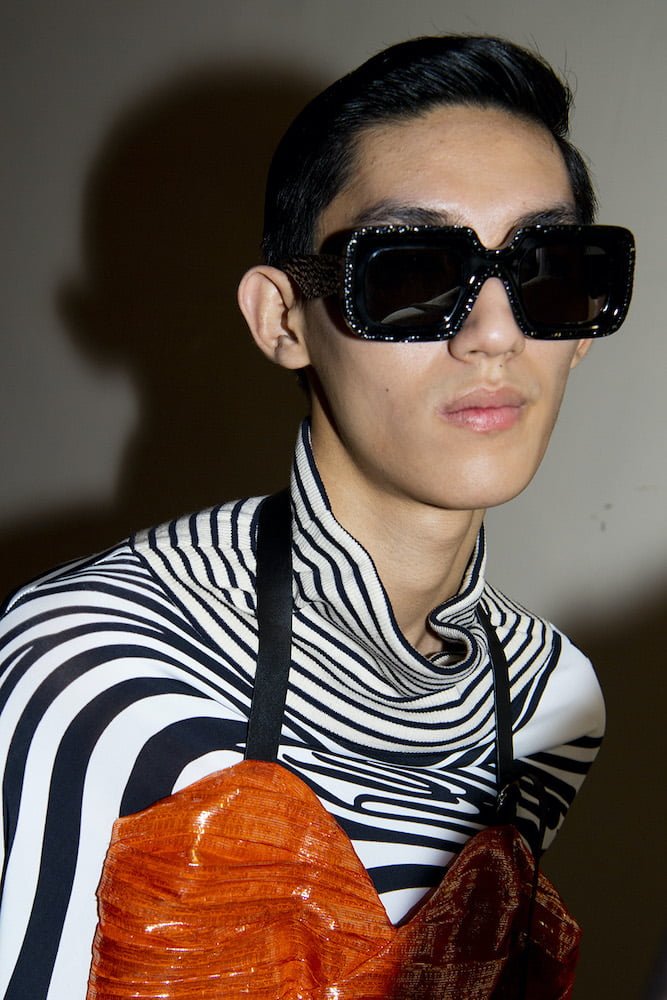 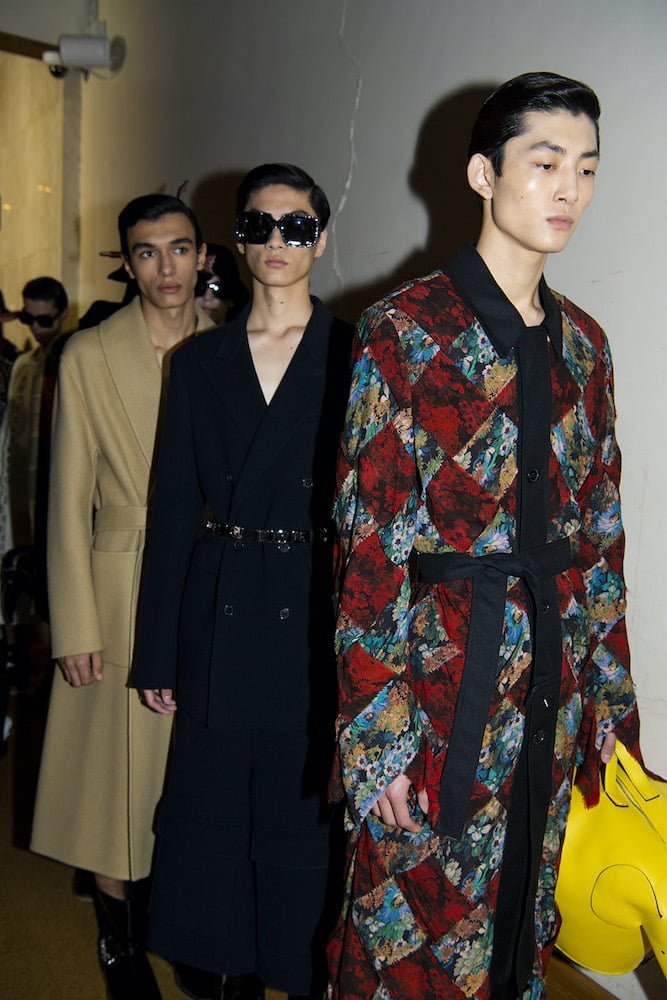 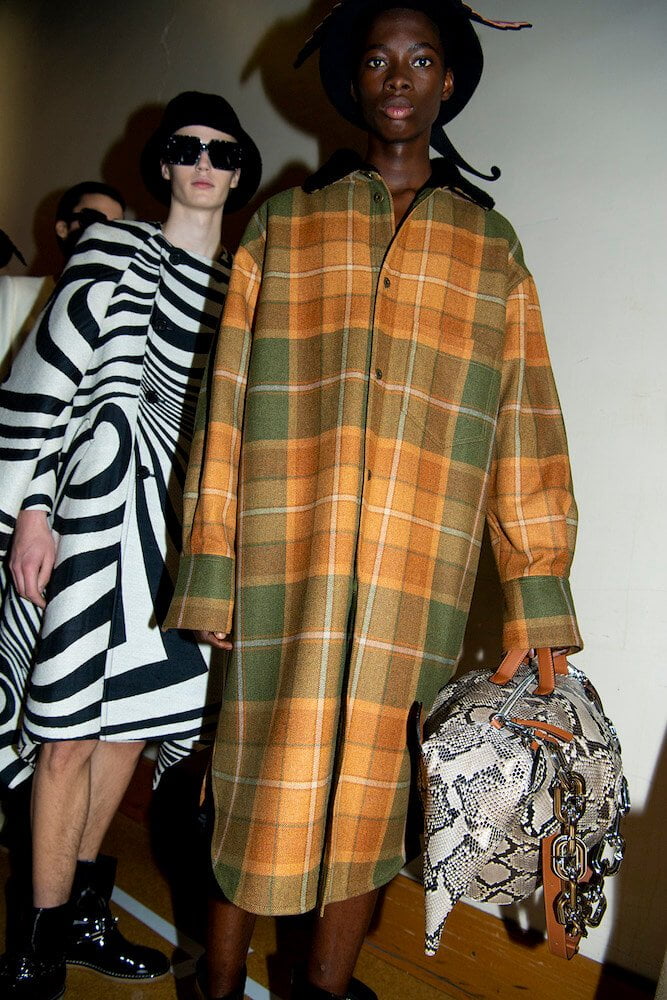 With only one more day of Paris Fashion Week Men’s to go, it’s clear that designers have almost unanimously decided to make this world more glamorous. Prada, Louis Vuitton, Dior, and now Loewe – come AW20 and you’ll be dressing up for the red carpet even if you’re just taking the Central line to work. Opulent decadence has been missing from menswear for a while now; some may even argue it disappeared ever since jeans were introduced as an everyday option in place of a full three-piece. But while formalities are a definite way to the future, you can trust Jonathan Anderson to twist and turn what that path actually looks like.

First look out: a black blazer with a 1980s-style silver metallic ruched prom dress attached to its front like an apron. This is what you’ll want to be wearing in the kitchen from now on – a simple white apron your mum got you for Christmas just won’t do. Leaning even further into womenswear for references, the show continuously questioned norms of gendered dressing. The coats were exuberant in their trapezoid cuts and cocoon shapes reminiscent of Cristòbal Balenciaga’s, here with the addition of the crafty curled collars. The garments were as high femme in their details as much as they were in the full impact of their silhouette. Caped coats outlined with white lines donned a look of paper dolls dressed without respecting the suggested rules.

The ostentatiousness of Anderson’s mood translated into accessories too – the Elephant bag grew multiple times and came embellished with studs and gems, while loose, fabric-covered chains appeared both as belts and incorporated in garments. Toying with distortion and subverting the feeling of being chained, Anderson released the Loewe man of expectations. Dressed in a uniform worthy of high drama, he can run wild and free, and become whatever he wants to be.

Coach Teams Up With Bape On A Dream Street Collaboration