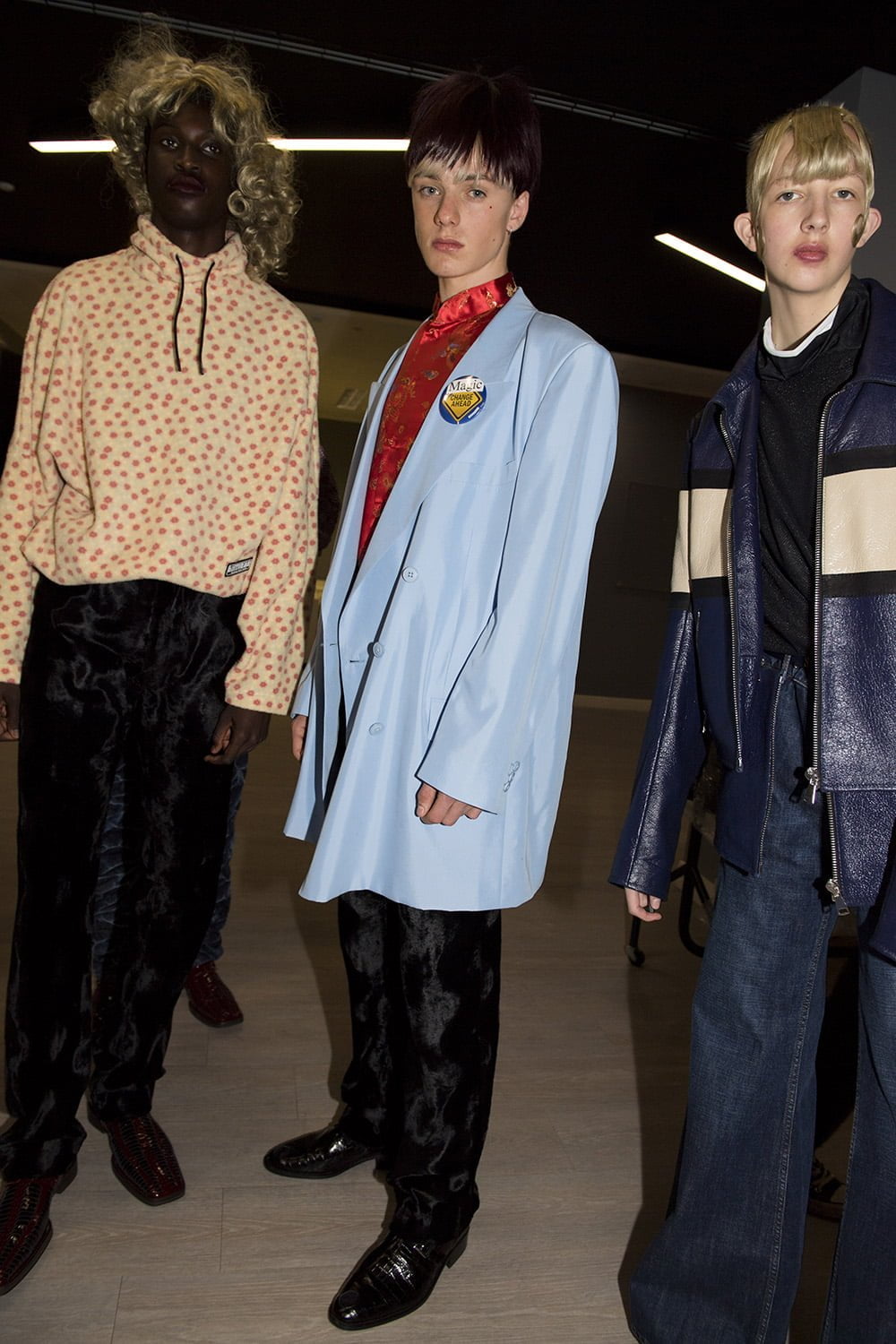 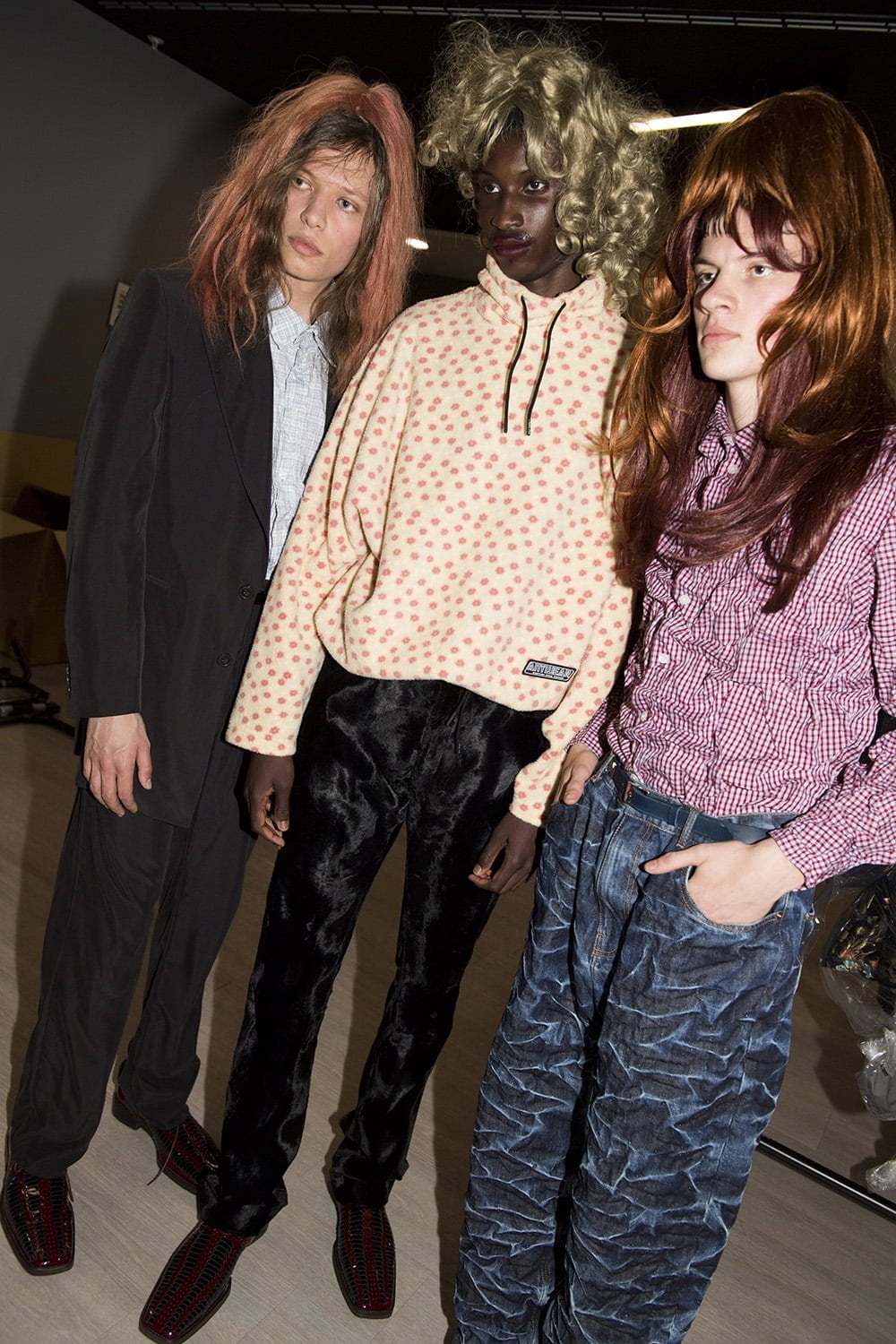 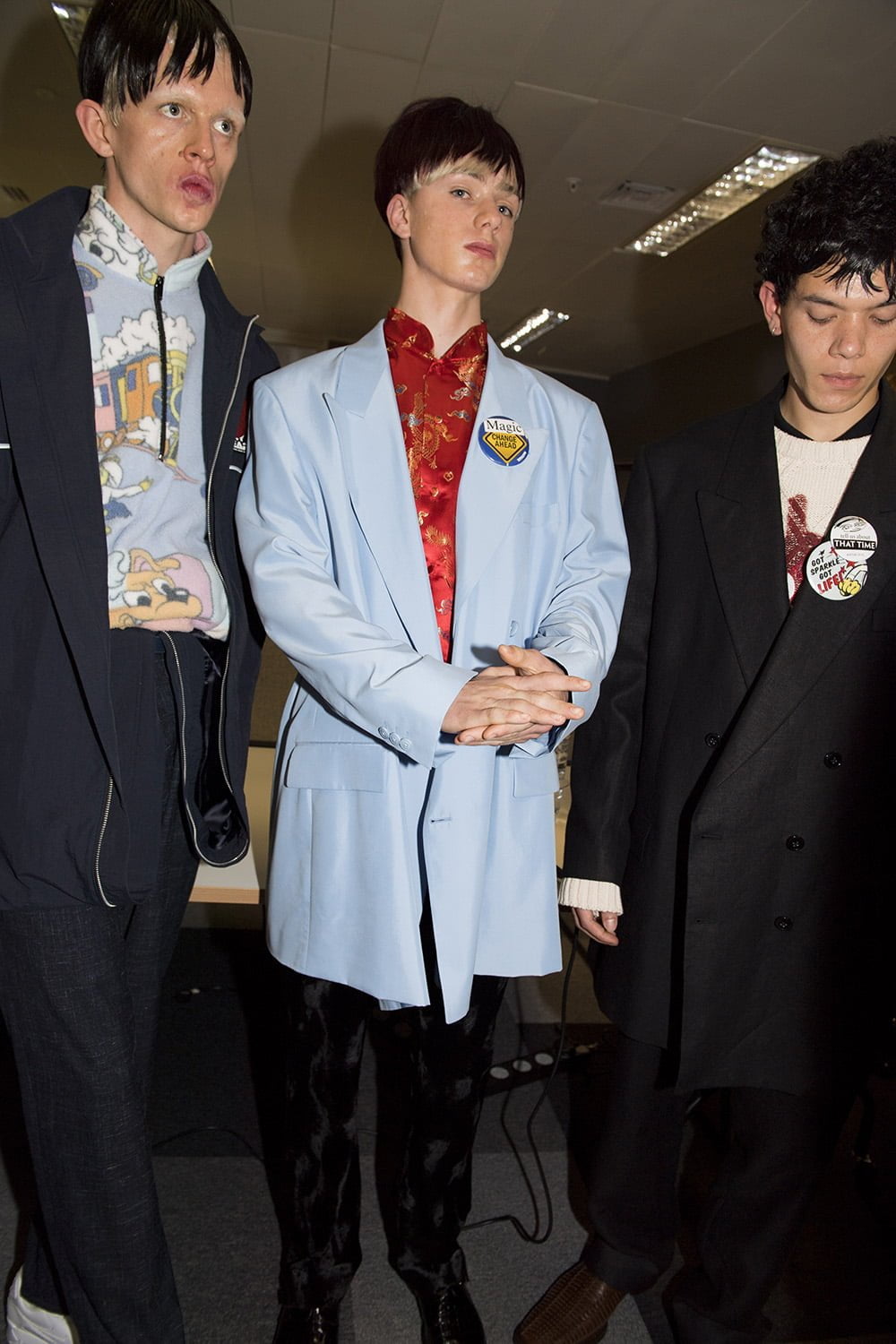 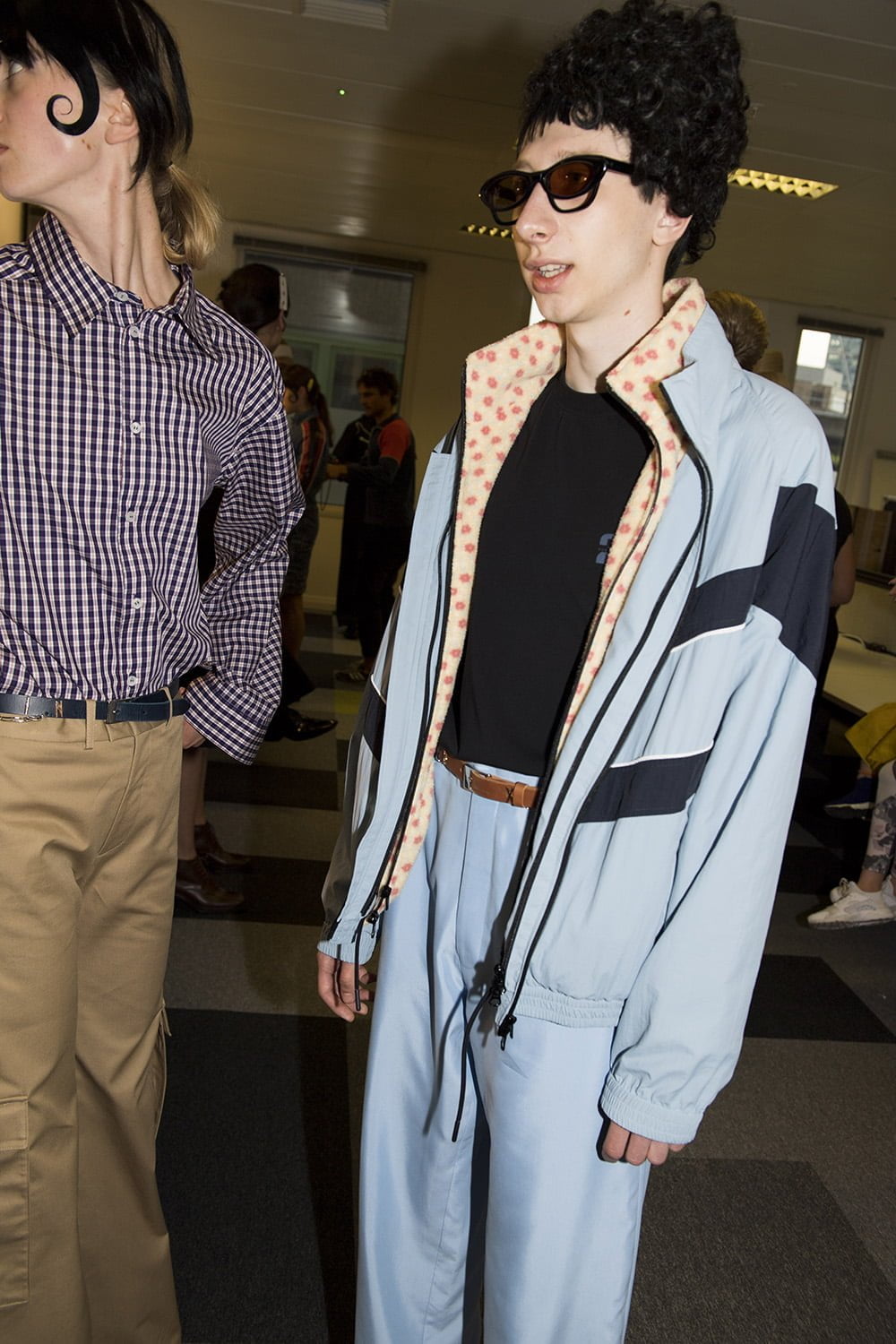 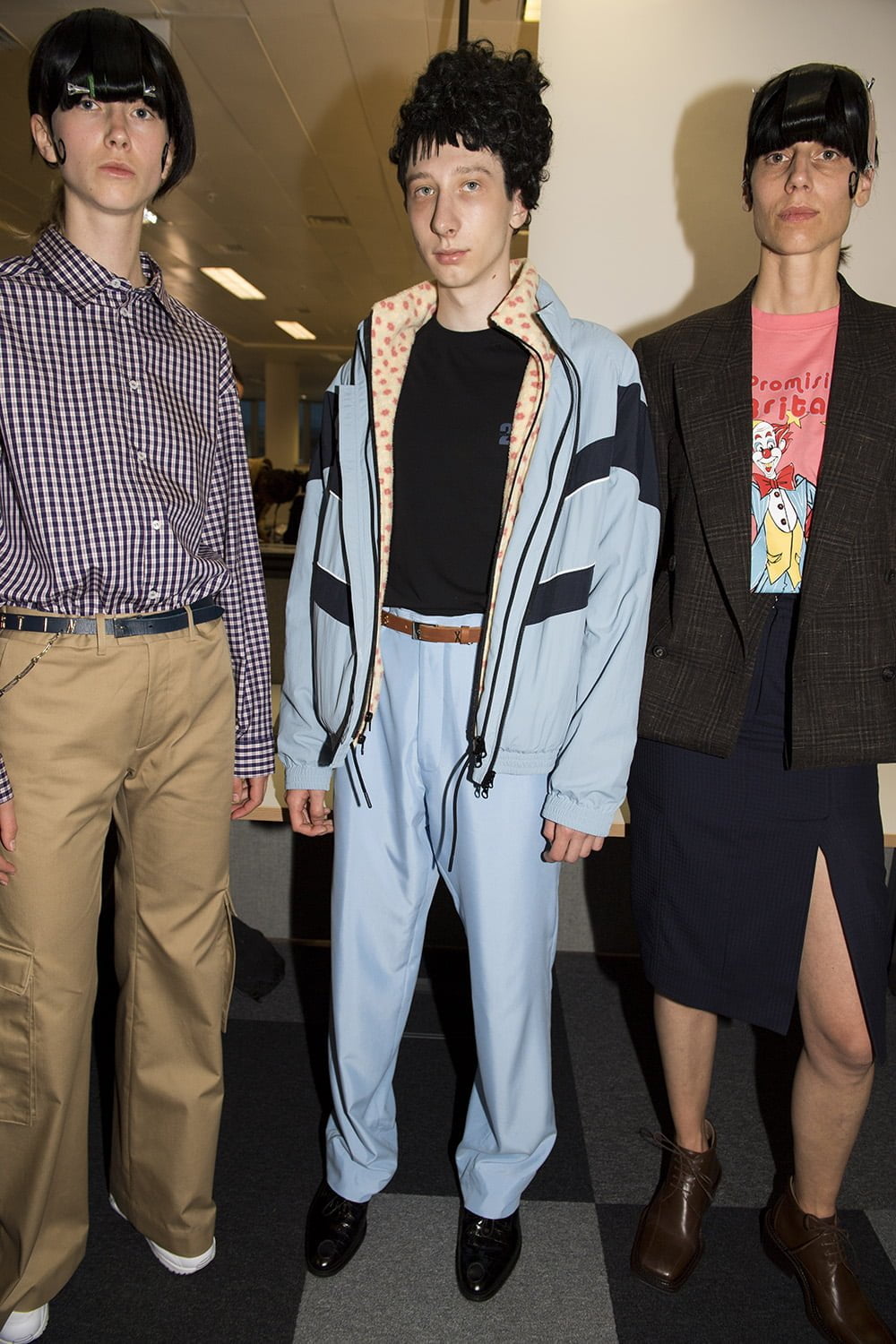 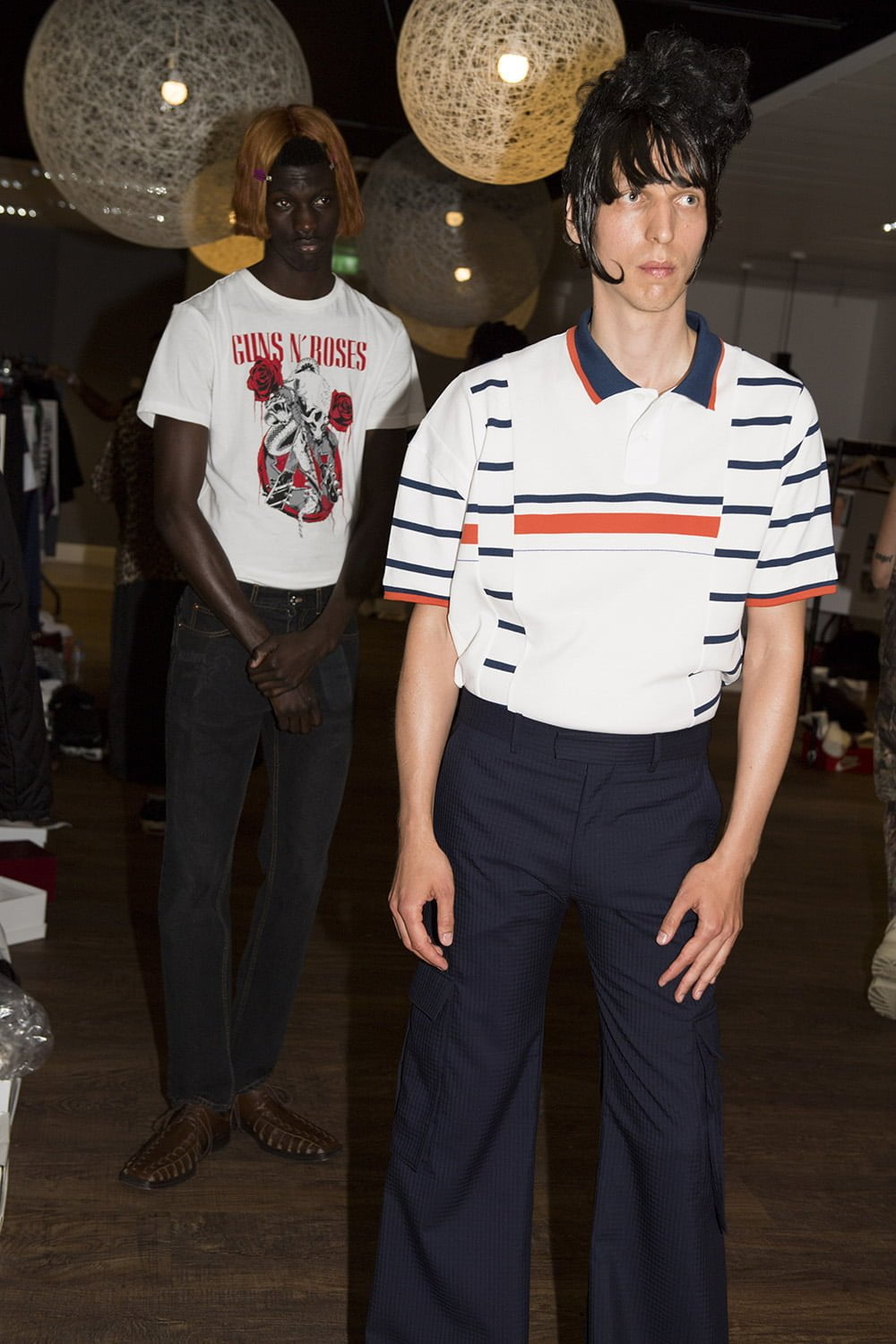 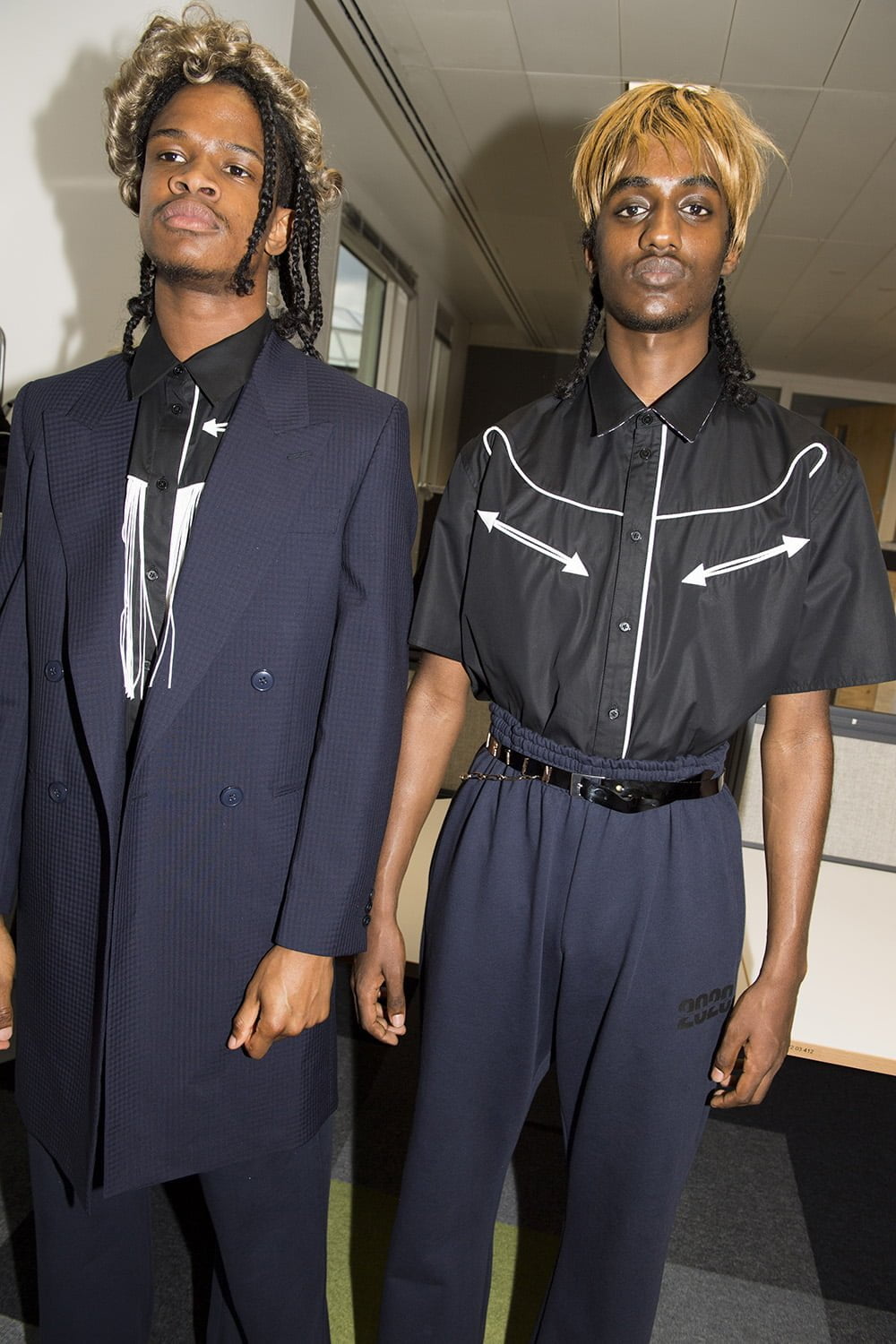 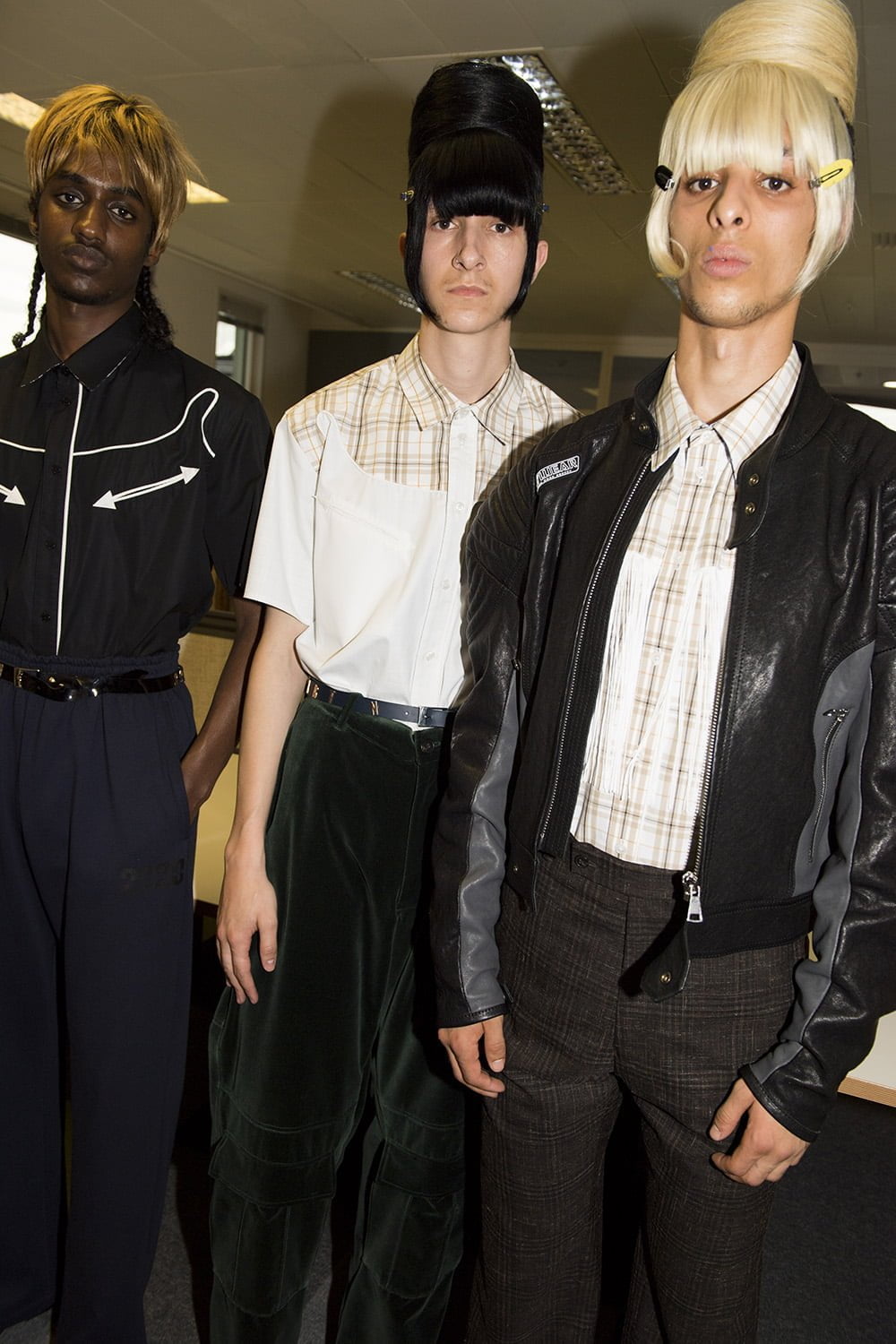 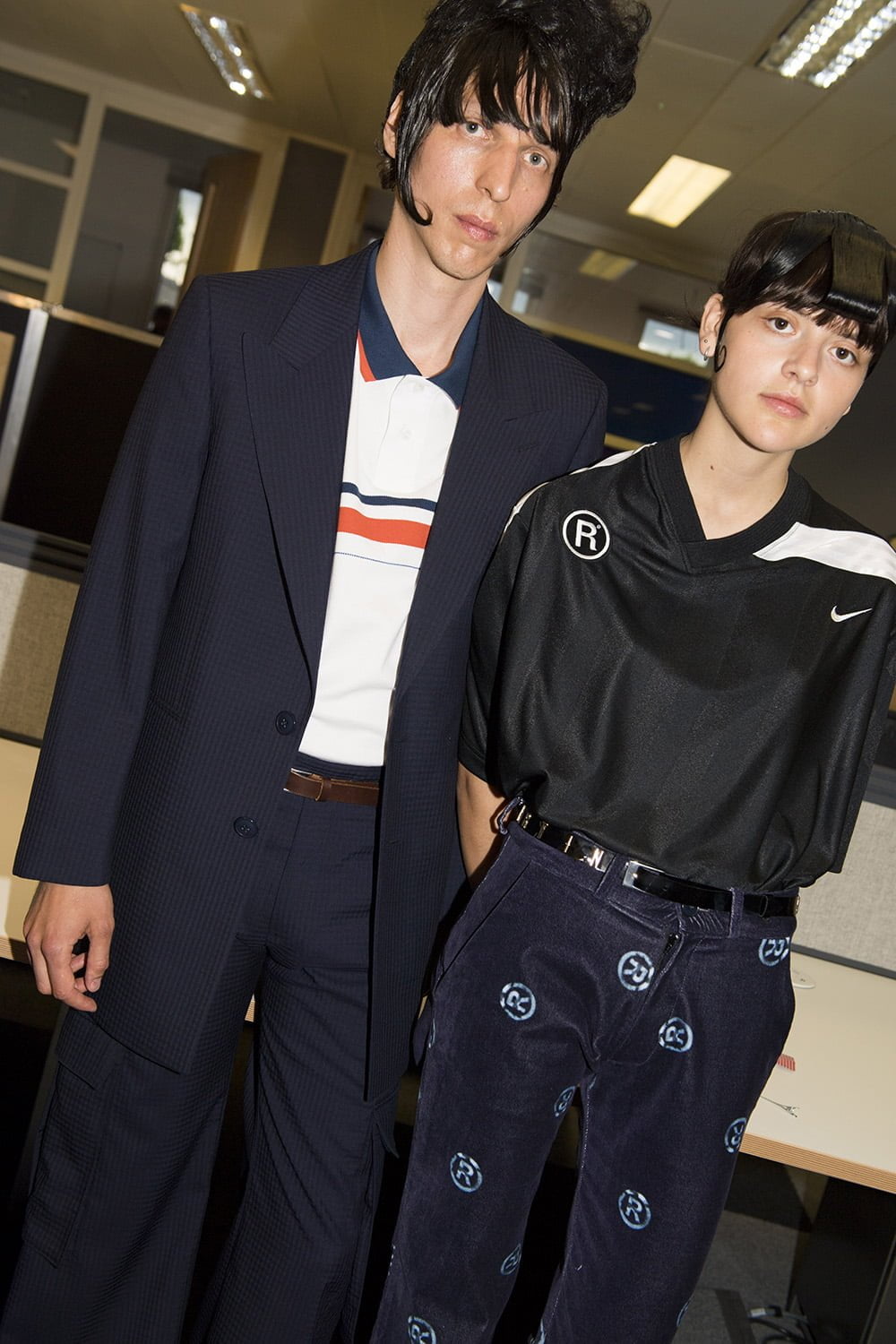 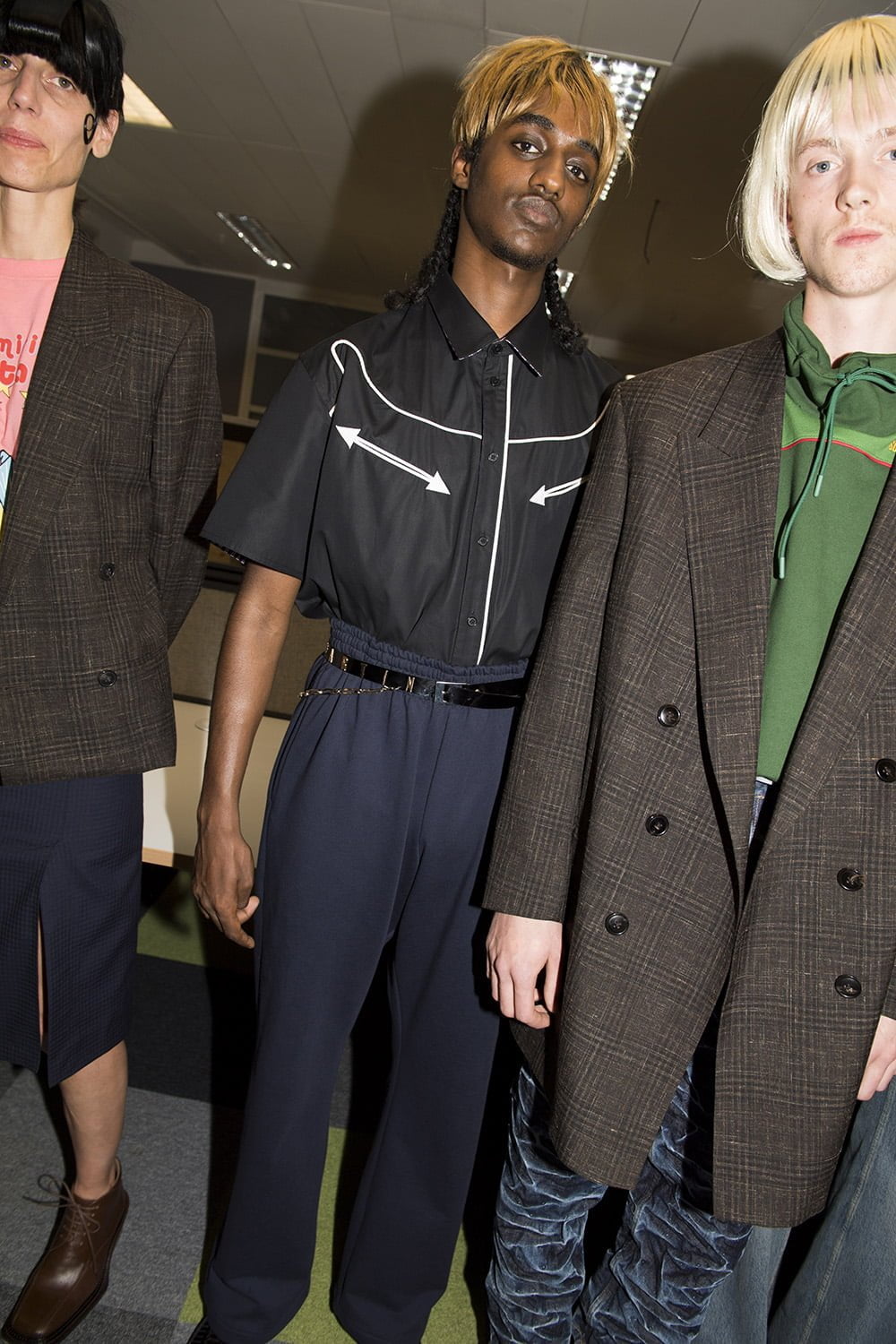 Against the backdrop of the harsh skyline crafting the City of London, Martine Rose came back to LFWM. And when we say back – we mean BACK. After another season out (this is the second time in a row she skipped the Winter show in place of a lookbook), Rose was refreshed and re-inspired. But things weren’t all sunny. With branded raincoats waiting for us on our seats at a rooftop of one of many corporate buildings in the East End, it was clear Rose was expecting the best but prepared for the worst.

Presenting her take on “Promising Britain,” the Martine Rose SS20 collection was a natural continuation on her tongue-in-cheek ways around serious fashions. Board-room suiting collided with club kid makeup, a mashup she deemed representative of the chaotic world we live in. The models were sinister, real-life iterations of clowns, sending a message of how “messed up” the situation in Britain really is. Tees printed with images of cartoon clowns carried the “Promising Britain” slogan, surrounded with yellow stars, taken directly from the EU flag. Awkward and raw, the silhouettes were less sleek than usual, showing the rough side of British style. The collection’s aesthetic was an antithesis to conservative Saville Row but carried the knowledge and skills of the traditional tailors. Chinoiserie textiles, beehive wigs and resin-treated denim added to the opulence, while the awkward styling took it back to reality. Upside down, inside out, long jackets tucked into trousers and skirts – this hot mess express was oh so appealing. “Things that are happening are laughable but also terrifying,” Martine Rose claimed backstage after the show. But with a strong political messaging enveloped in a creativity like hers, we’re feeling optimistic. One of the badges pinned onto a sky-blue oversized blazer read “magic change ahead.” Optimistism never looked so good.

Martine Rose: 10 Years At The Top