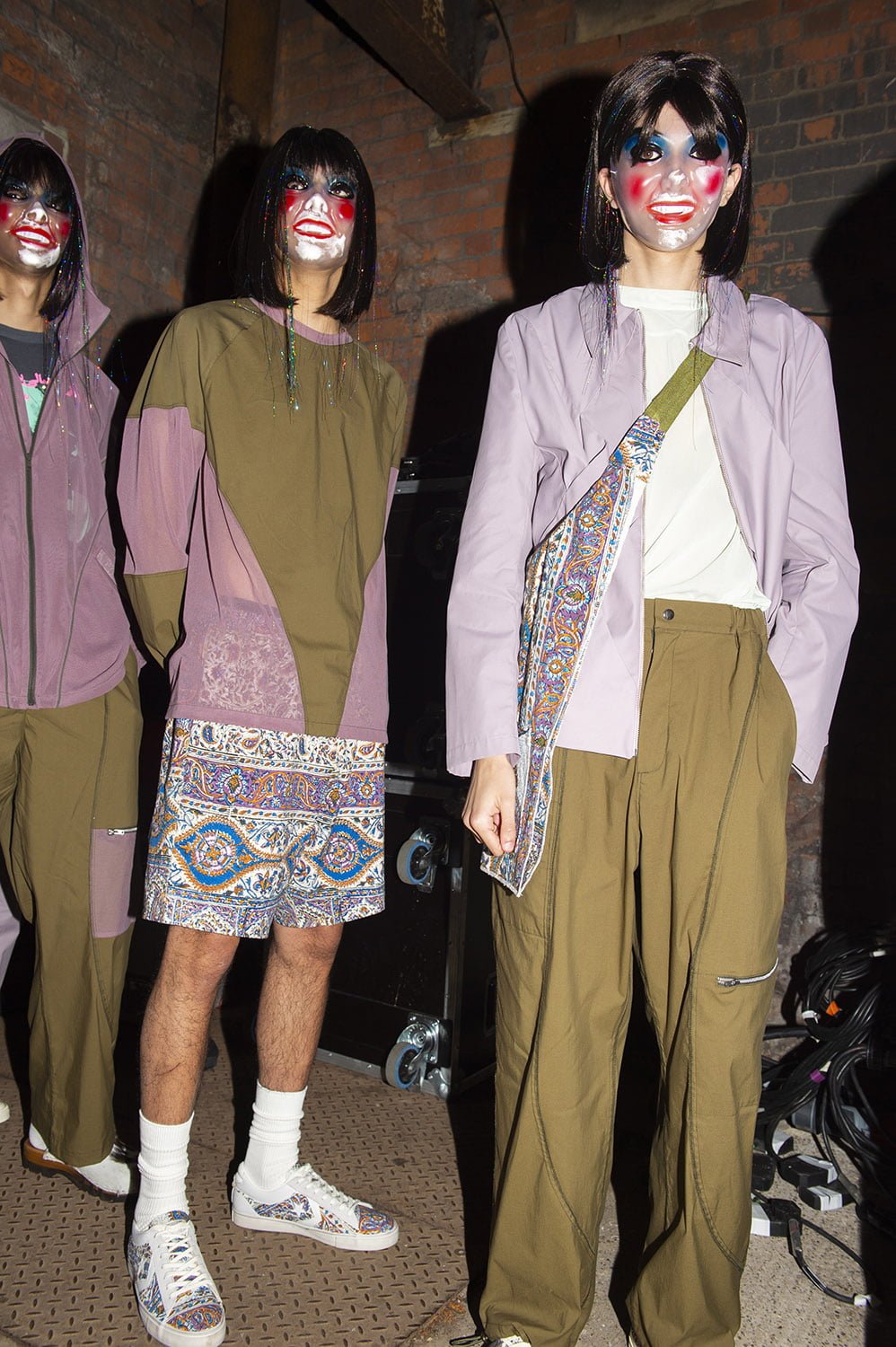 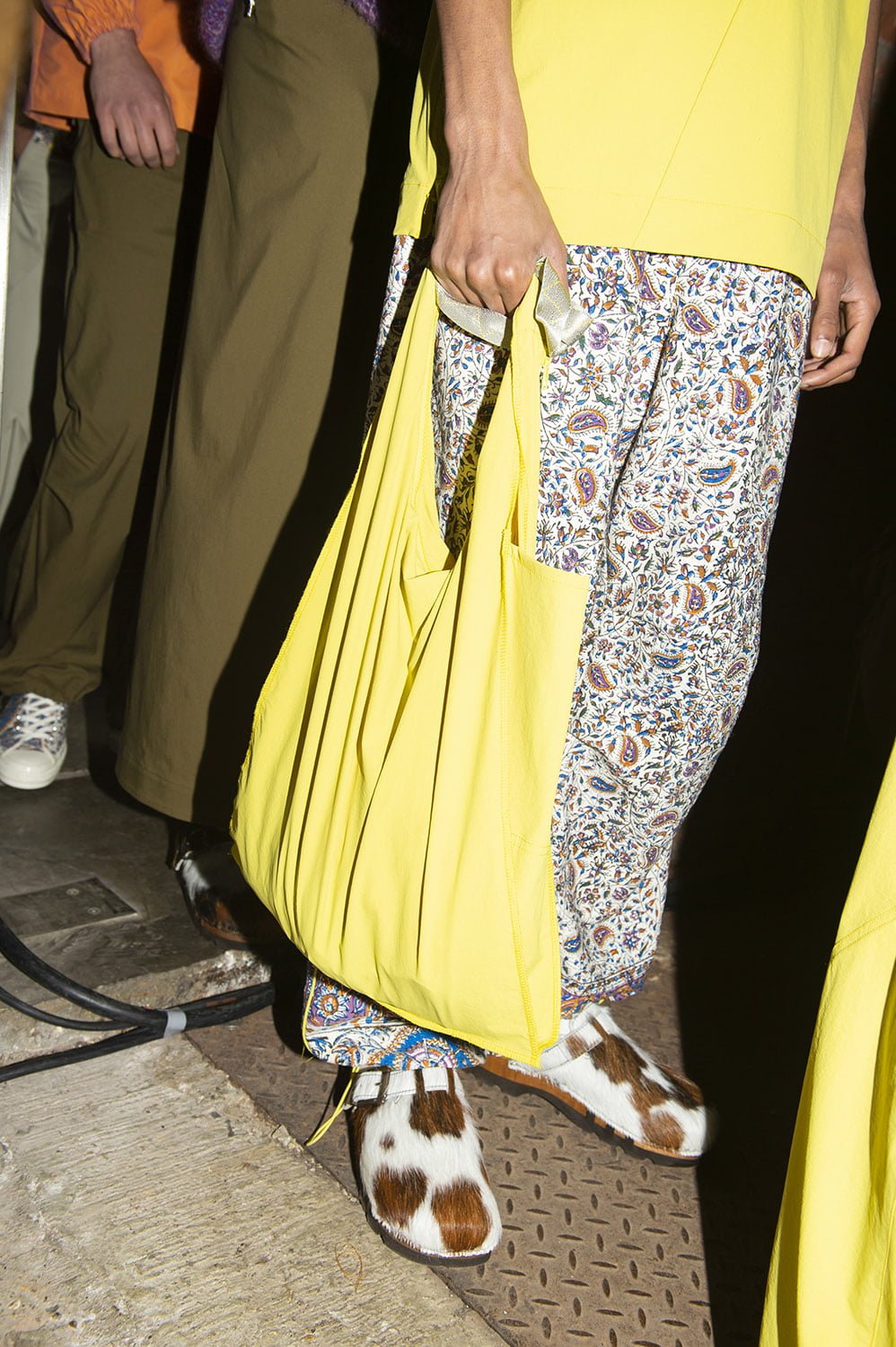 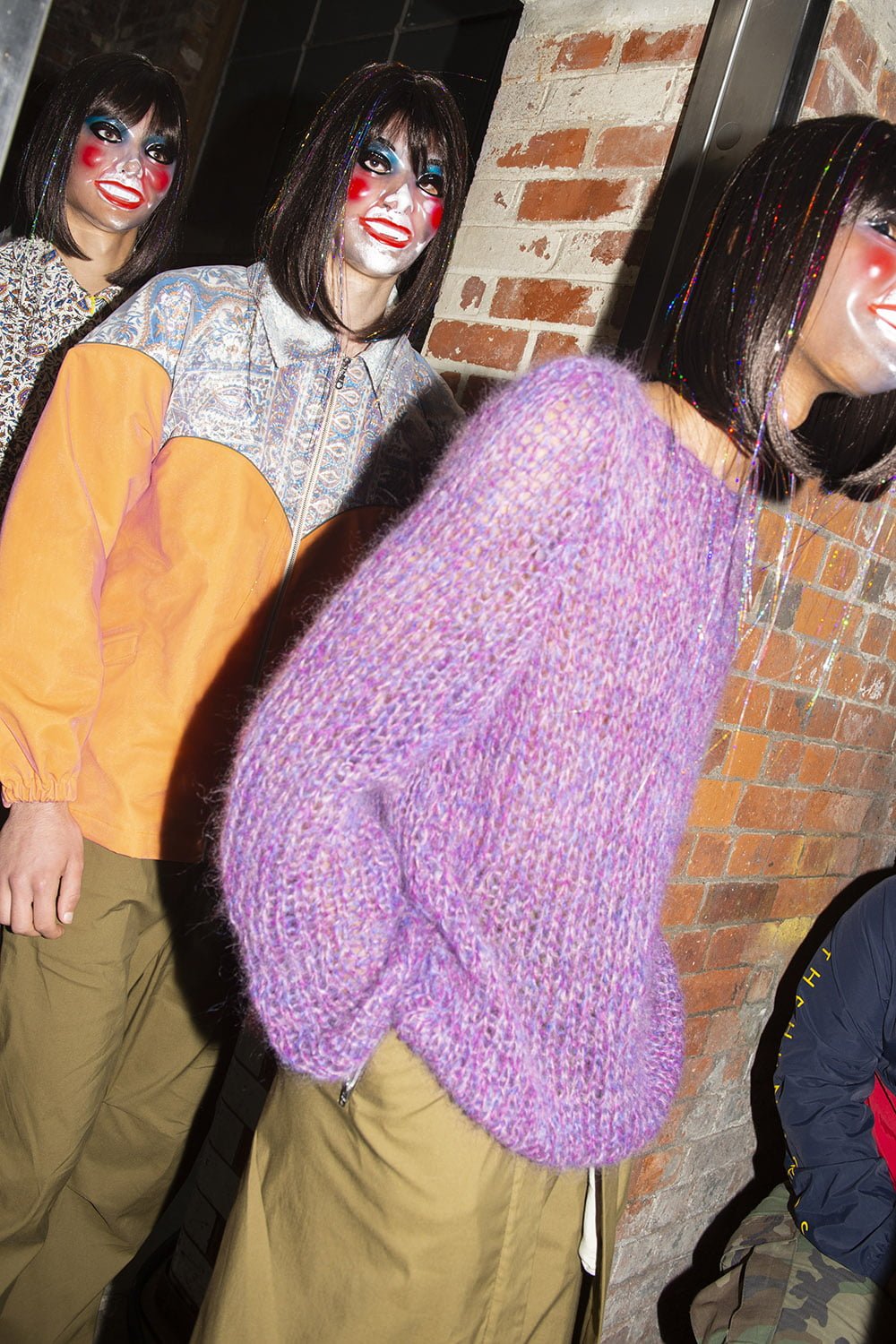 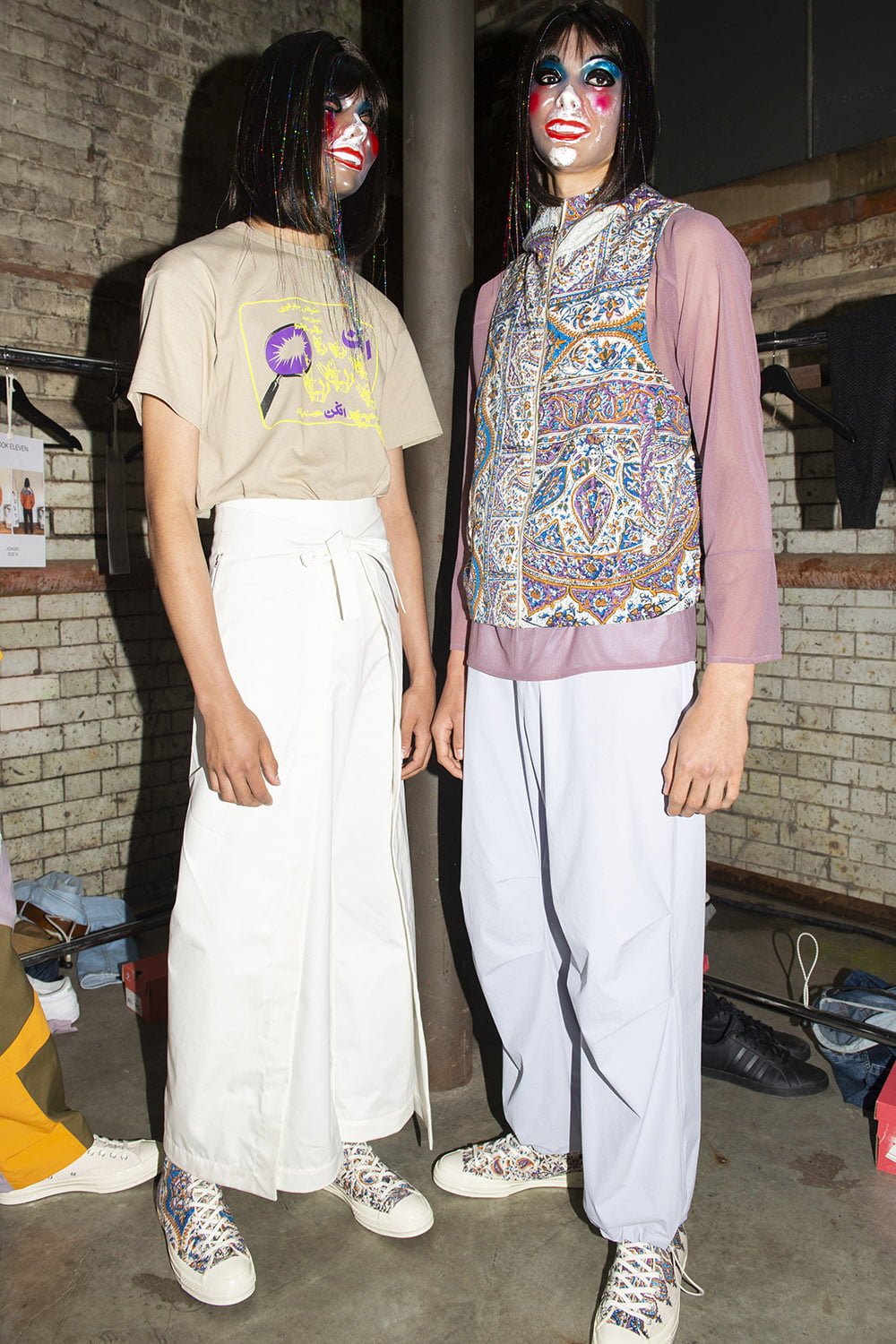 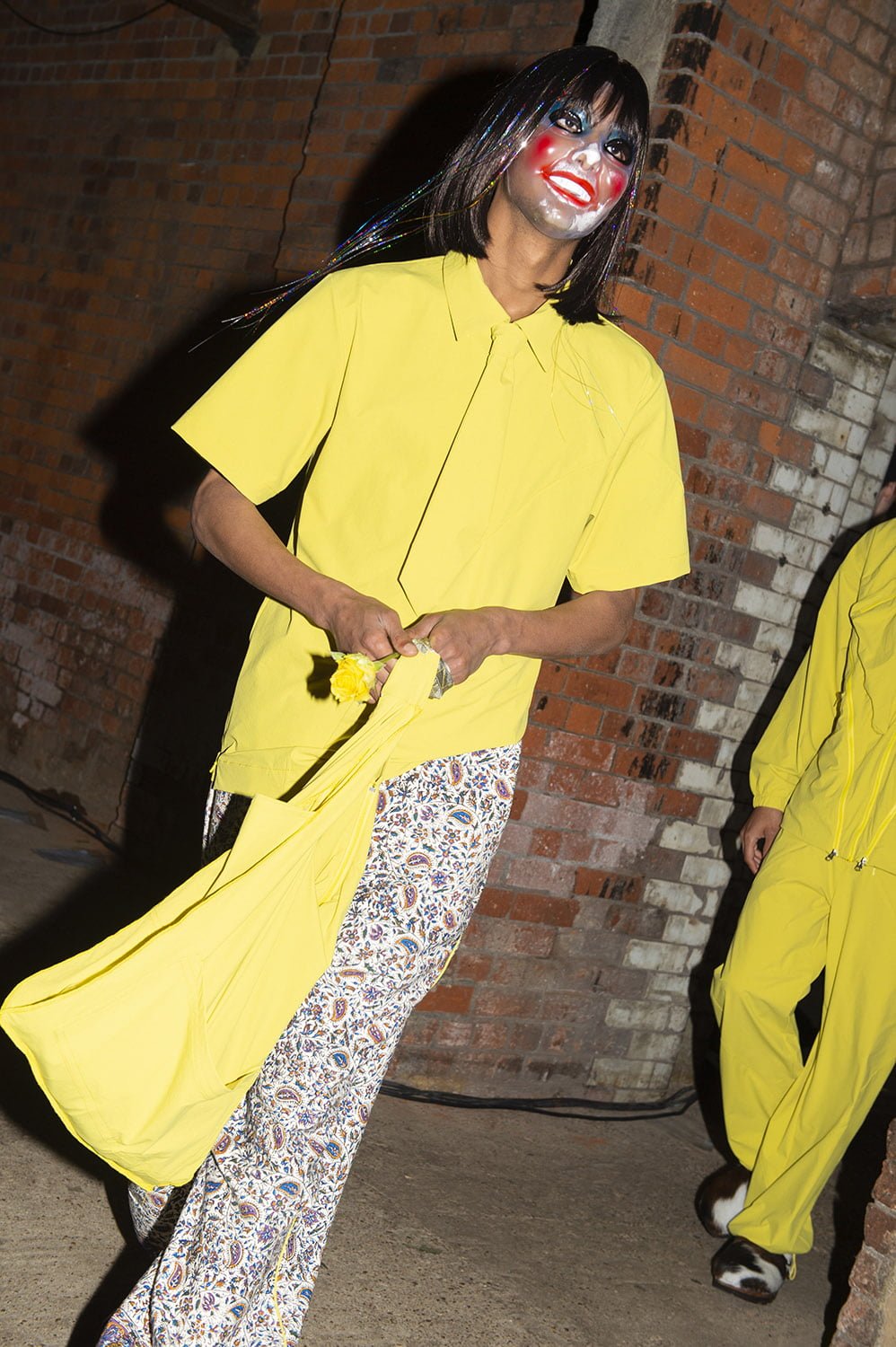 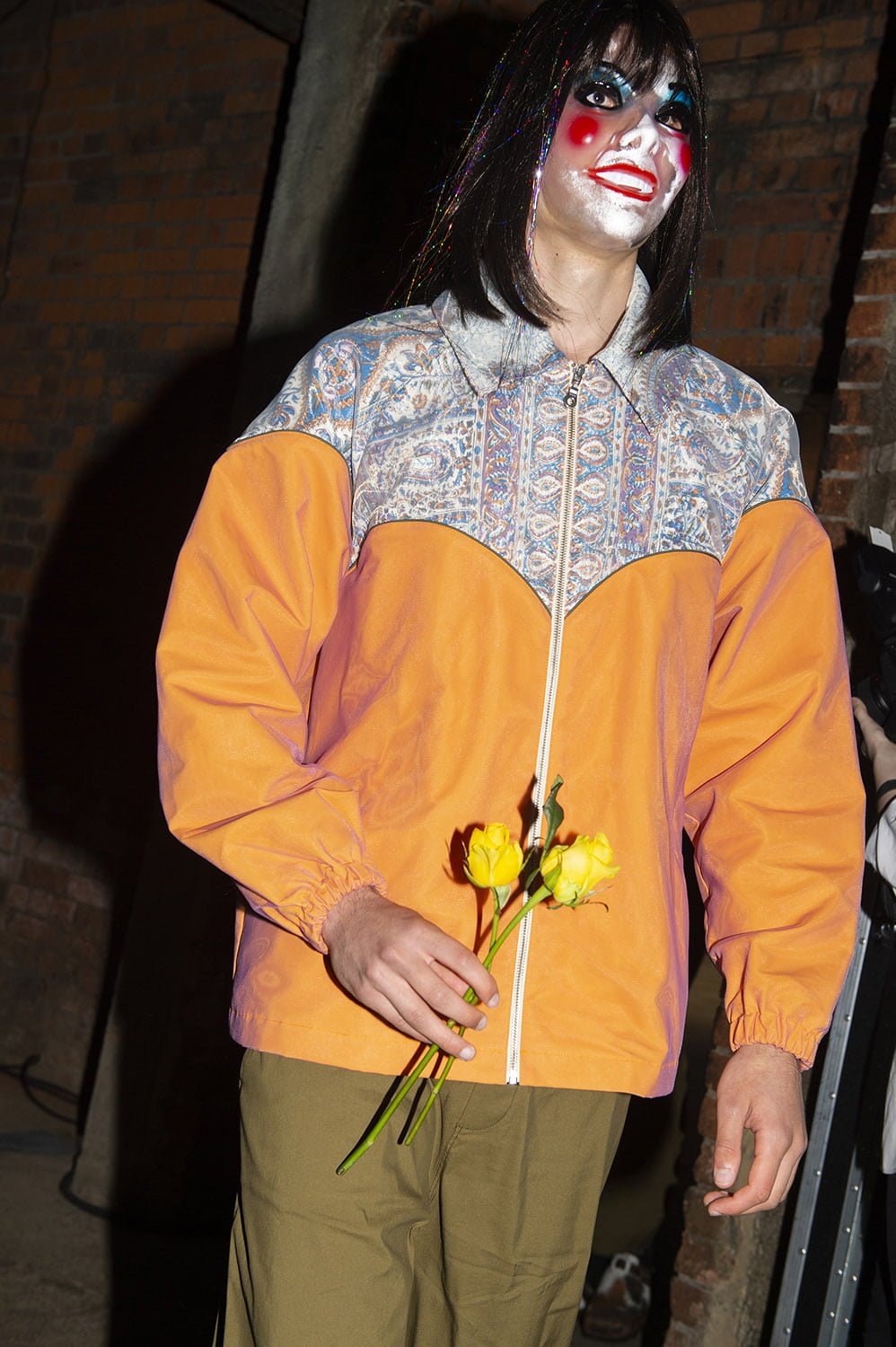 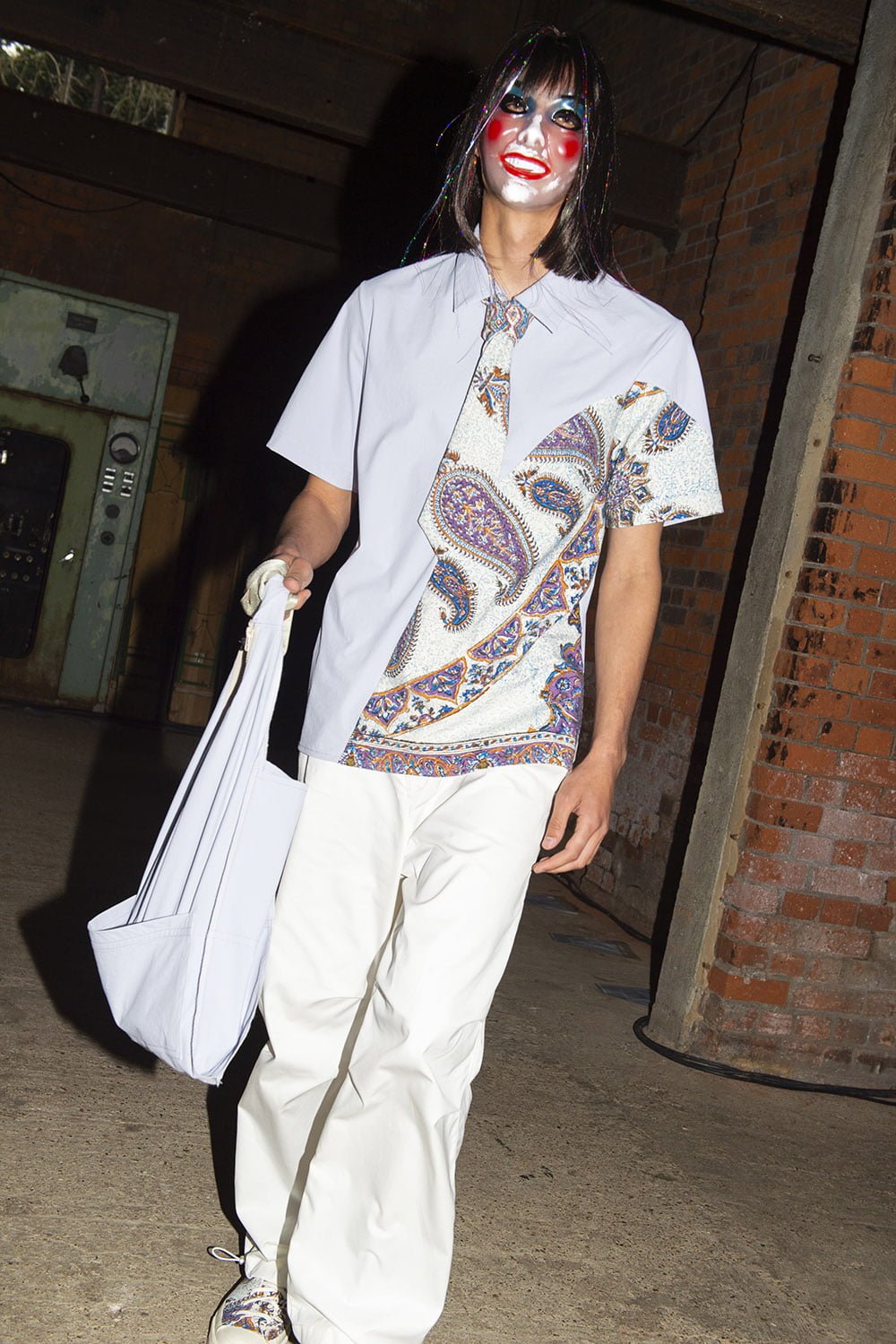 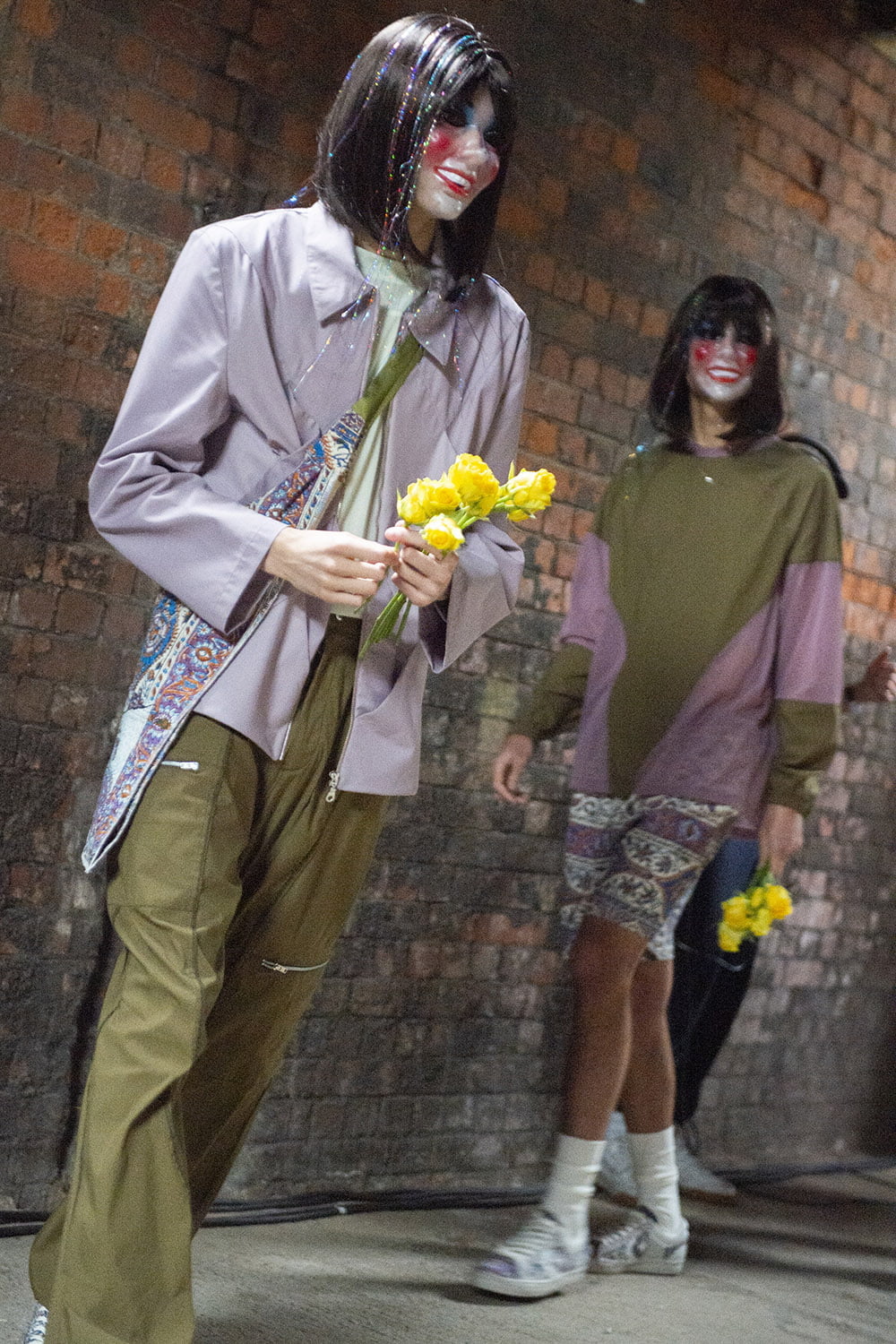 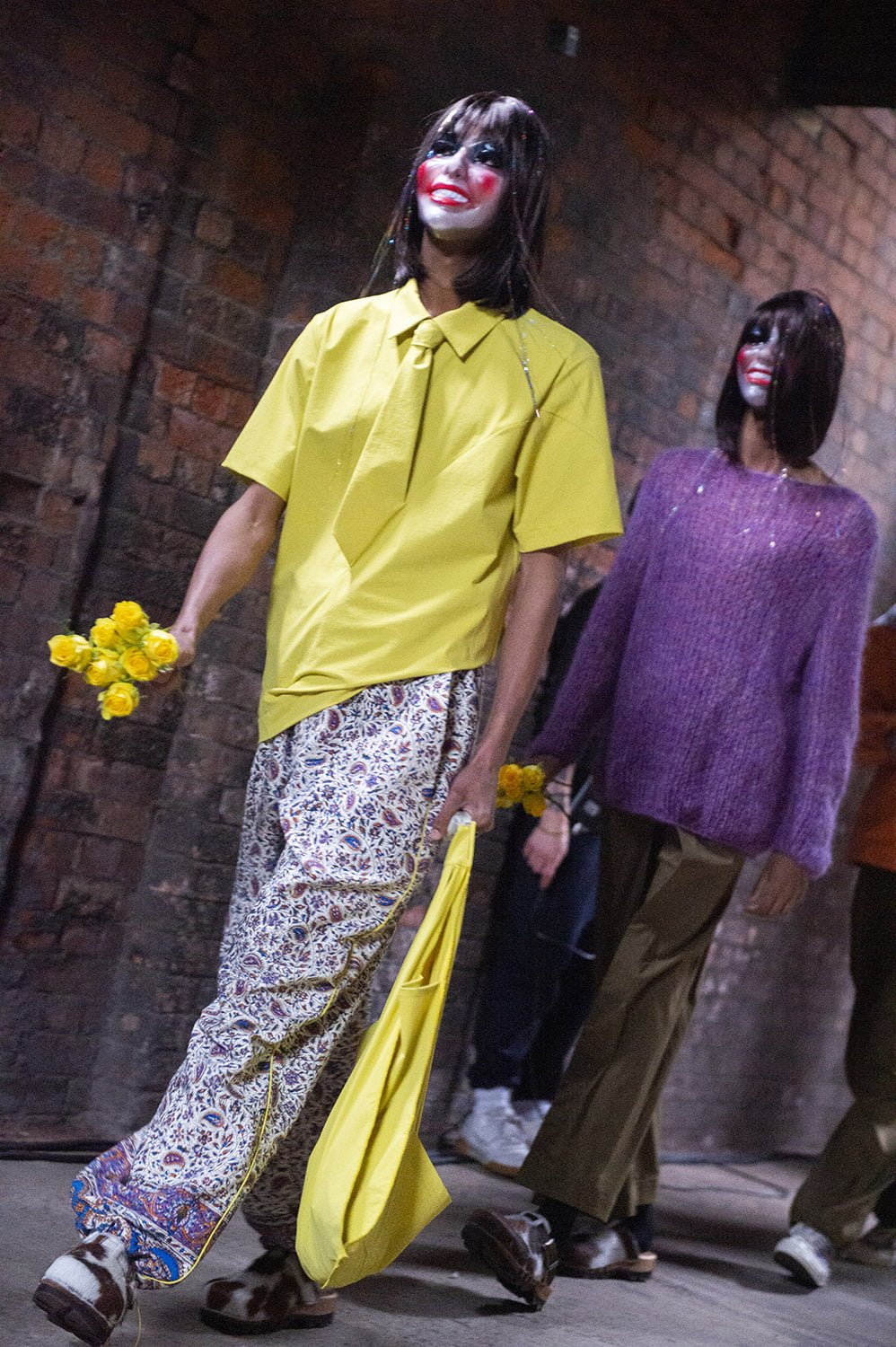 Paria Farzaneh’s show started with an olfactory experience, a sweet-smelling musky scent filled the high ceilinged industrial space; a disused power station in Wapping. In the centre of a square formed by four rusted pillars was a pyramid of flickering cathode ray tube TVs, all showing a different number on their screen. As the show began to start the TVs started showing a live feed zooming in and singling out on individual members of the audience. “The collection was never intended to be something that didn’t resonate,” read the show notes and SS20 certainly did. The models wore translucent plastic smiling masks that recalled those of The Purge with poker straight, sleek brunette wigs complete with strands on rainbow coloured tinsel streaming from them. Accompanied by a soundtrack of sinister music the experience was incredibly unnerving and uncanny.

The clothes made a case for the future of streetwear, at once forwardly futuristic (without the clichés) and also impeccably well-made and tailored with a finite attention to detail. Farzaneh’s signature use of prints appeared on bags, trousers, piped seams, in elevated patchwork and on the Converse collaboration. Models not wearing converse wore shaggy cowhide clogs. A white plastic coat stiff and rustling as it passed was decorated with border force stickers. For the powerful finale, the models appeared with handfuls of yellow roses, passing them out to the members of the front row. “In the Middle East in the 18th Century the elusive yellow rose was found growing in the wild, and is a symbol of peace and freedom,” explained Farzaneh backstage. “I just want everyone to be at peace.”