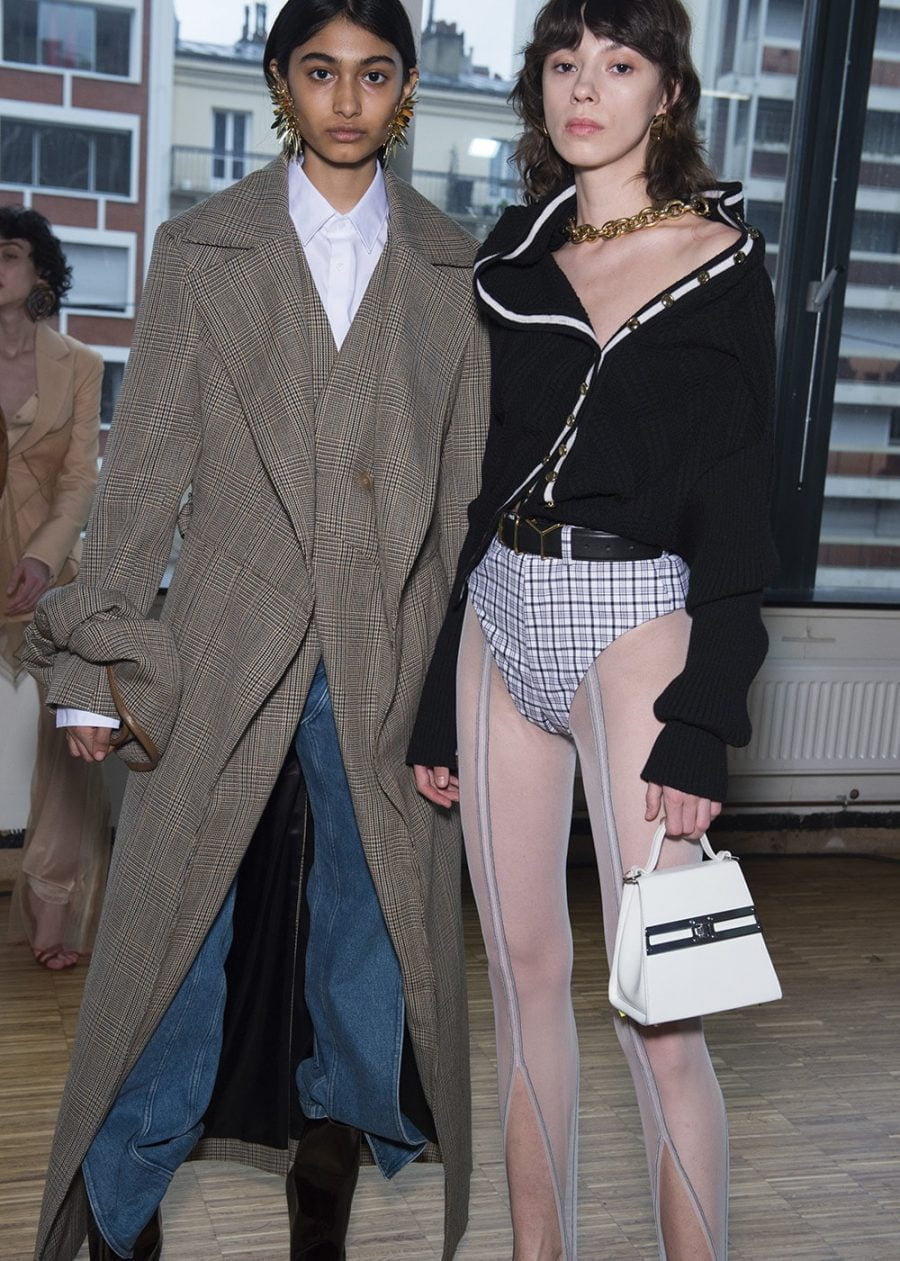 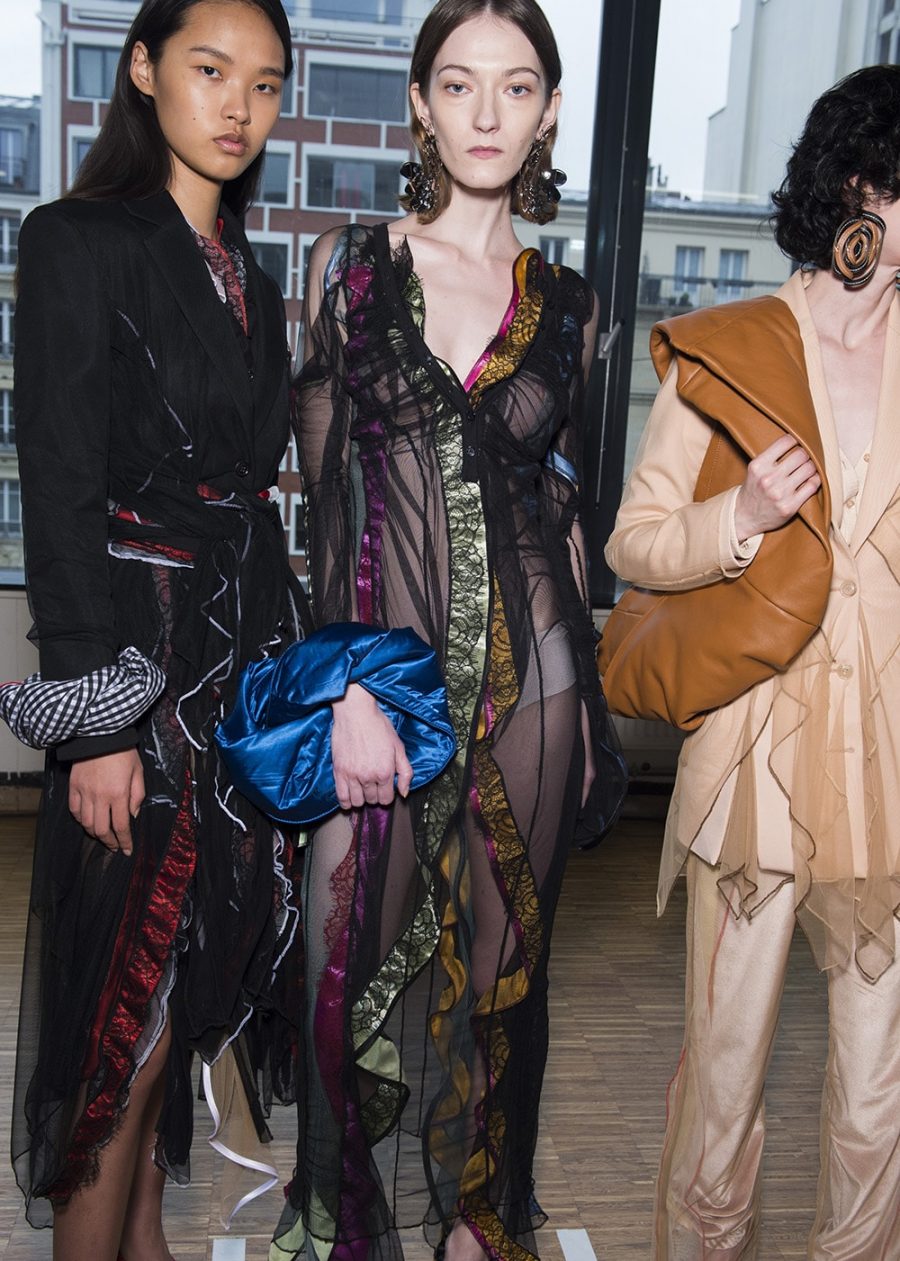 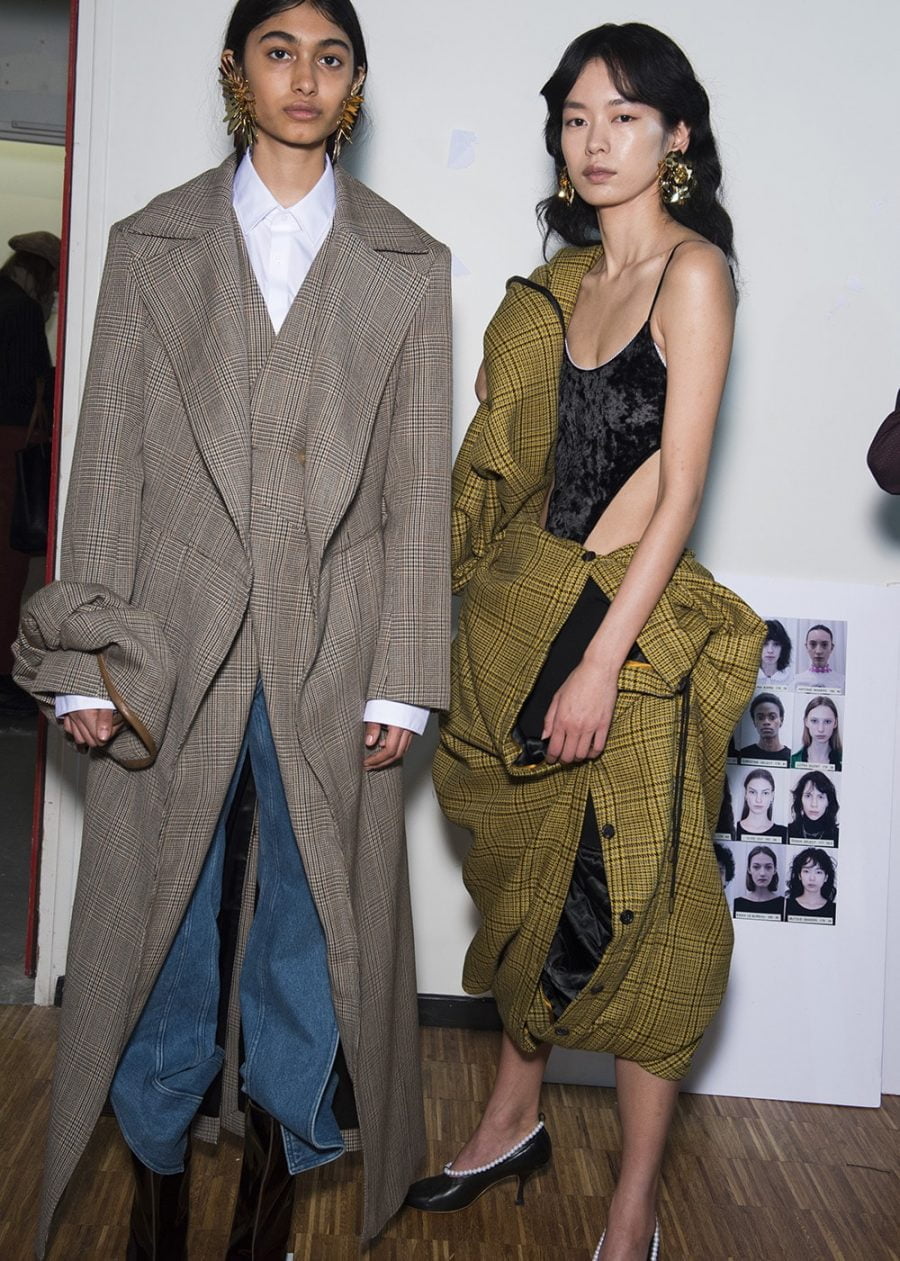 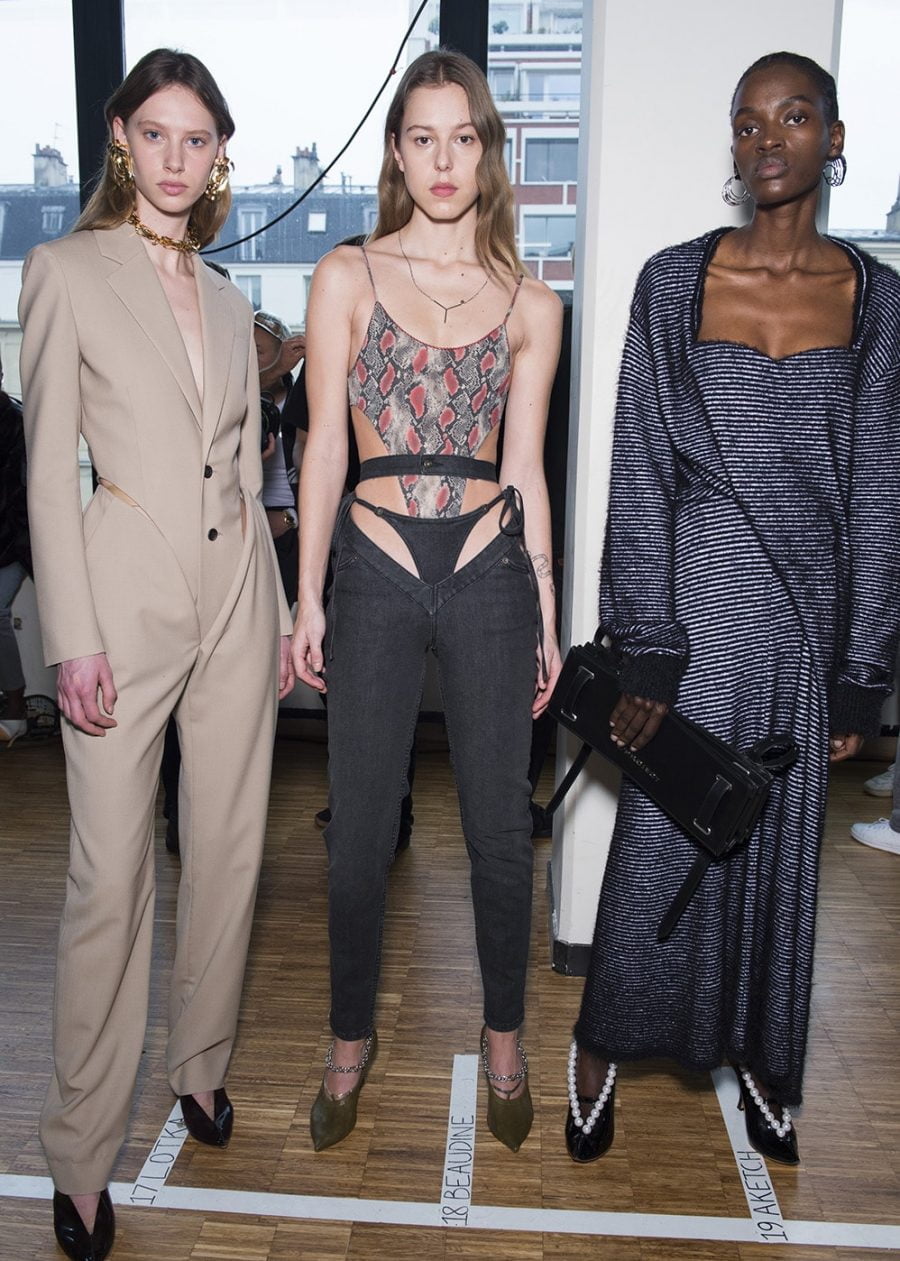 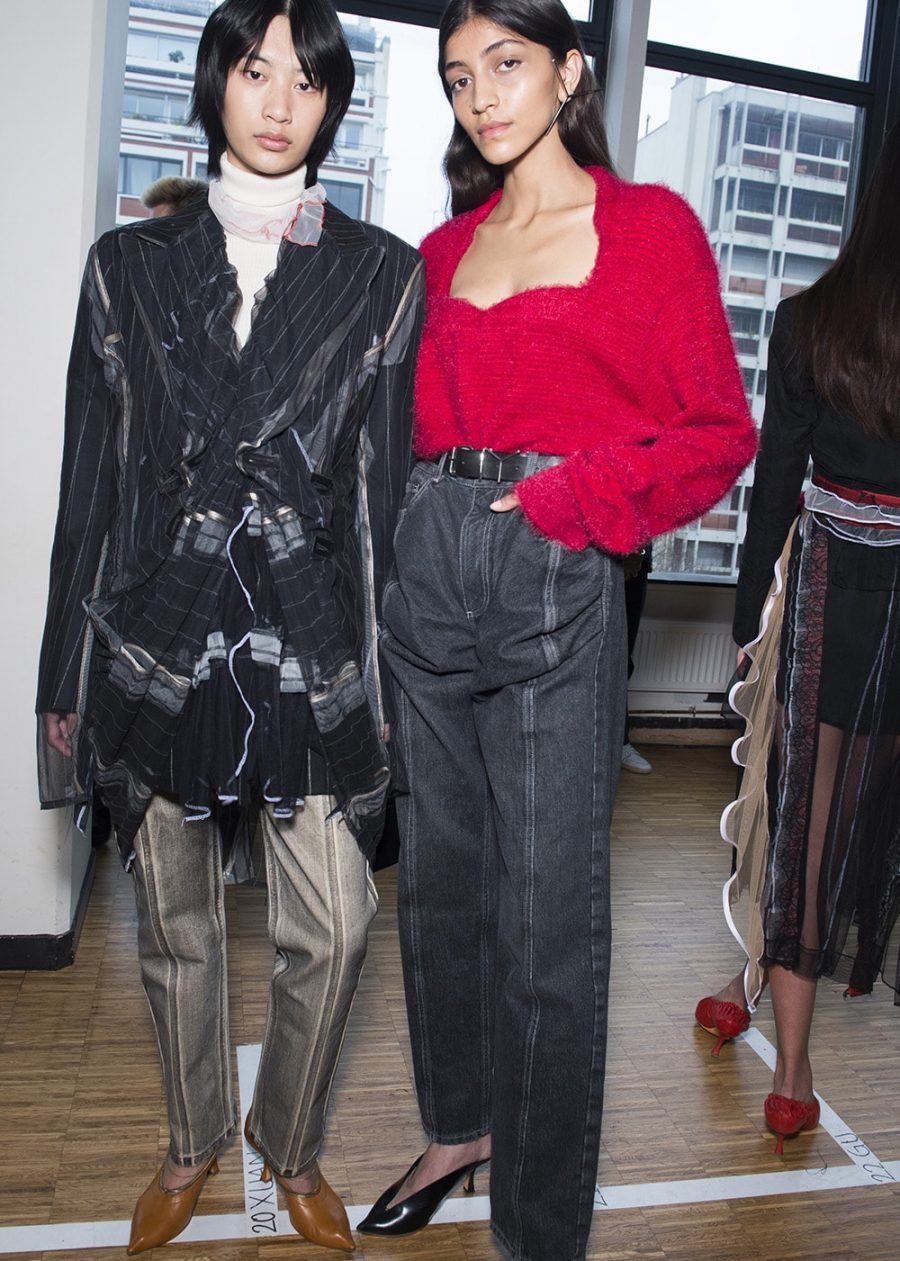 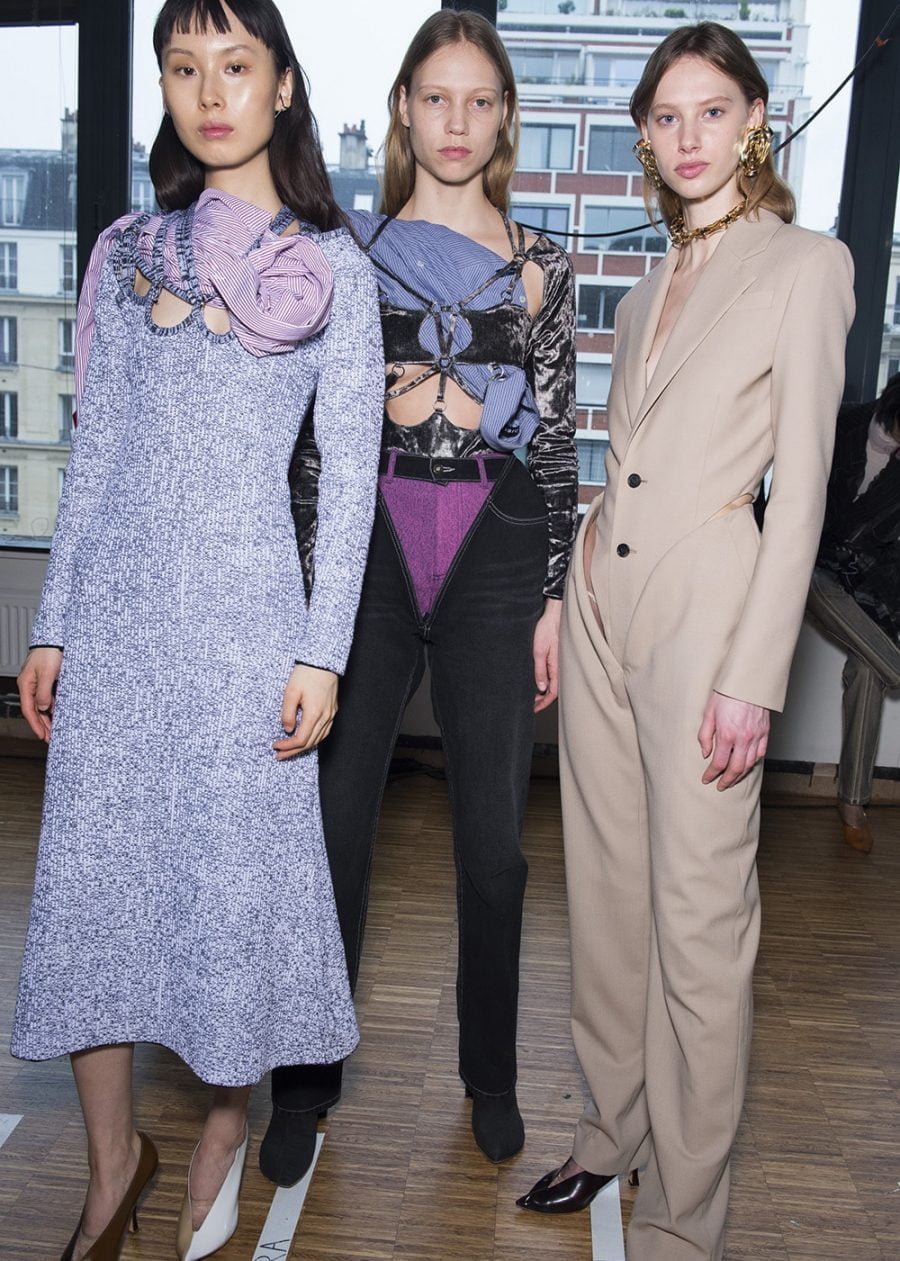 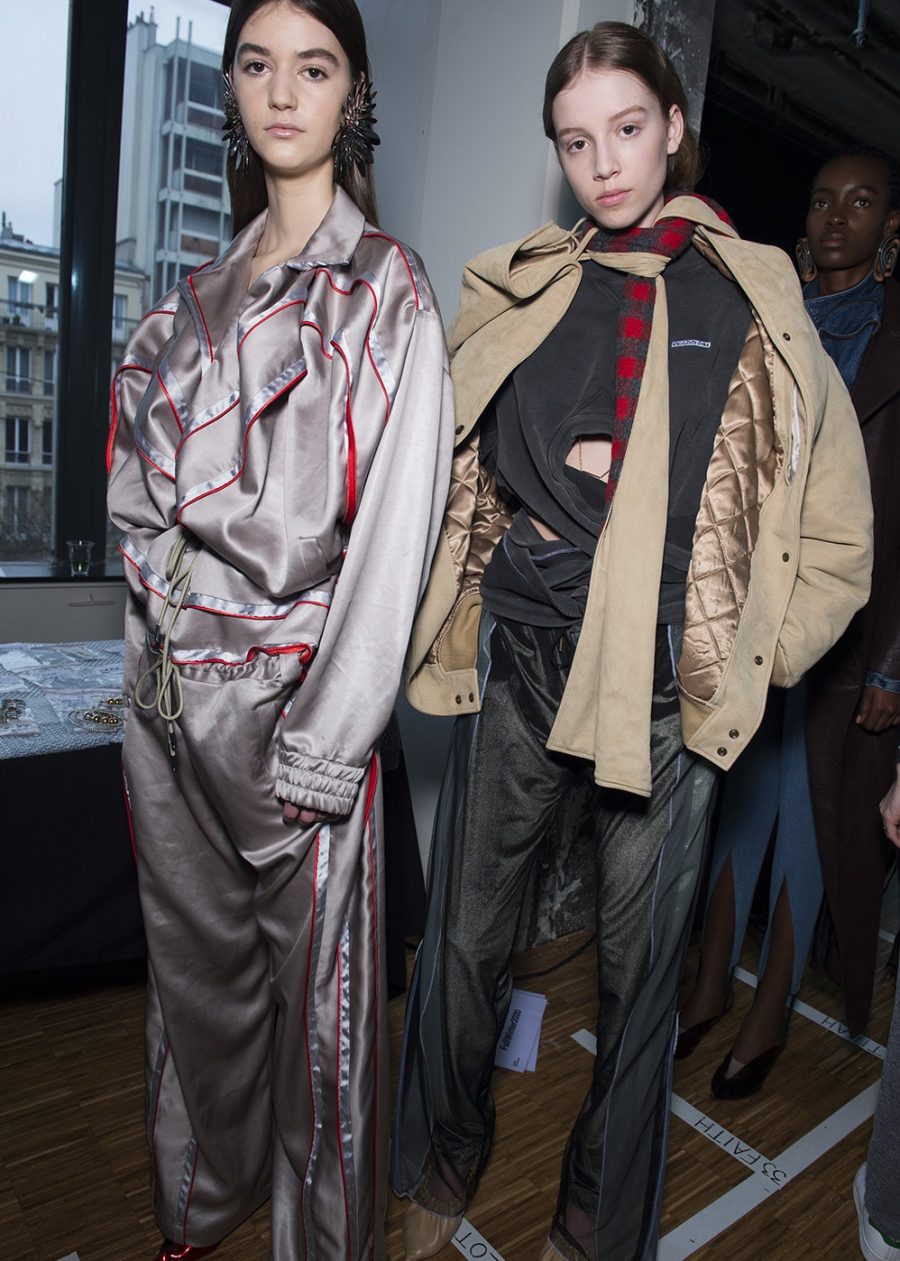 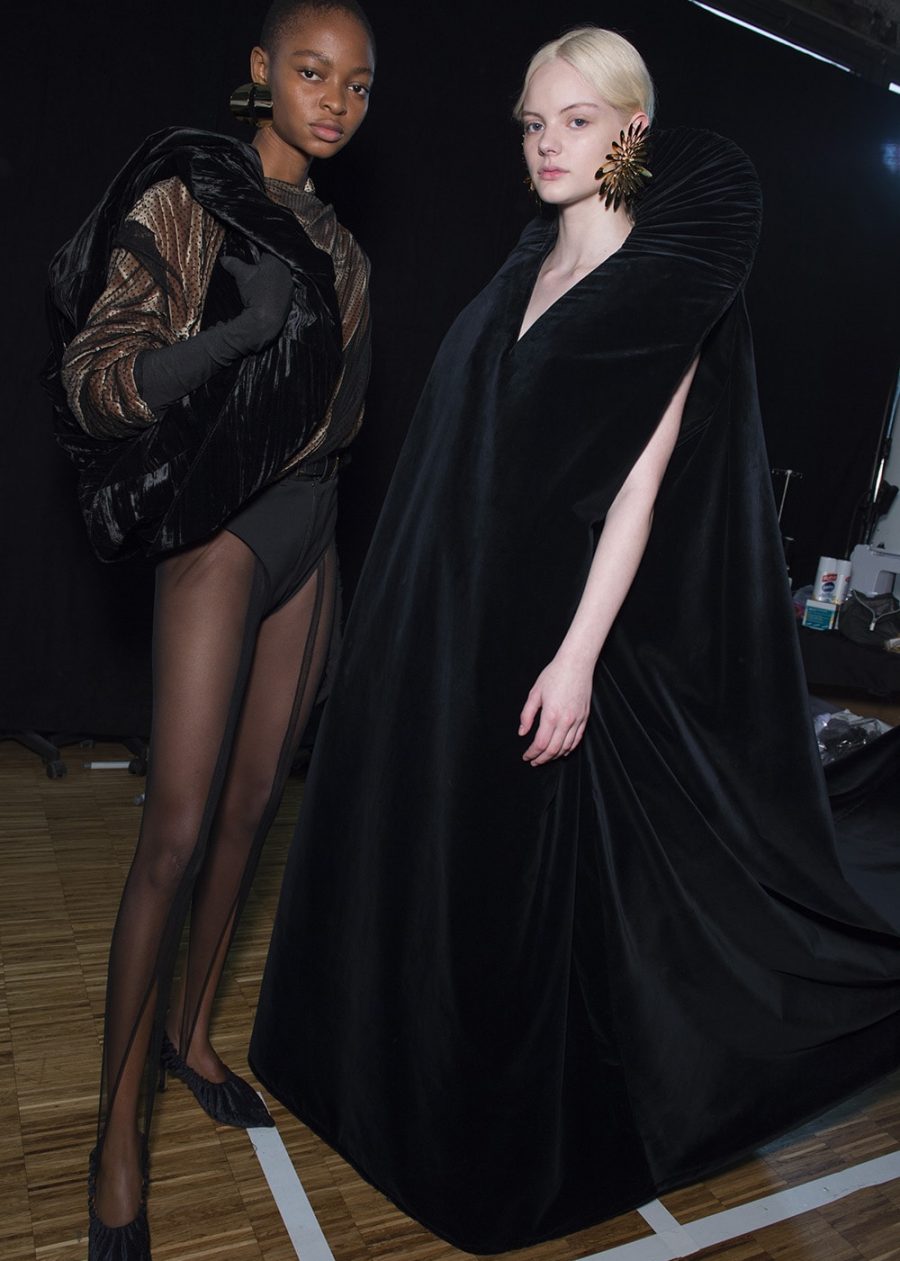 While it might not be apparent to a Y/ Project first-timer, any Glenn Martens superfan will be able to tell you the Belgian designer toned things down significantly this season. With the title (and mantra) of the AW20 collection being “Elevation in Continuation,” he looked at developing a set of more sophisticated ideas while keeping in with his – both literally and metaphorically – twisted aesthetics. Finding new ways of growing a brand is a necessary consideration when designing collections in a time that’s so heavily led by newness and reinvention. But instead of changing things up, Martens translated the visually complexities by purifying his output. Yes, there were still plenty of see-through bodycon silhouettes, thongs poking out of low-slung jeans and opulent frocks with built-in hip pads – but the focus was on showcasing the masterful construction of these pieces. Nurturing less of a layered look in place of singular thoughts presented with each outing, it was super-stylist Robbie Spencer who brought a fresh set of eyes to Y/ Project’s opulence.

Ever since becoming the creative lead of the brand in 2013, Glenn Martens has been looking beyond direct references from the past in place of carving his own timeline of fashion history. He does so by mixing interpretations of sex appeal dating to both 1800s and 1990s, as corsetry and bustled gowns sit next to tracksuits and python-printed bikinis. Crazy, eclectic and totally unexpected – it’s the reality we’d prefer over our current one. Would you?

APOC Store Has The Best Collaborations In Town

Ahluwalia Teams Up with Ganni for her First Womenswear Collection

10 Questions with Tion Wayne, The Hit-making Machine Blazing the Charts with “Body”