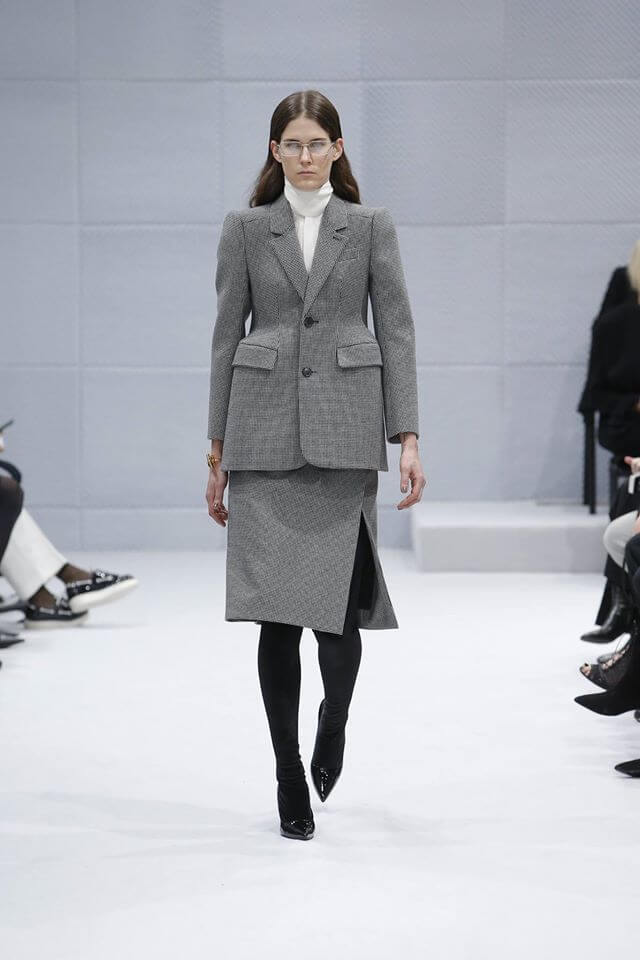 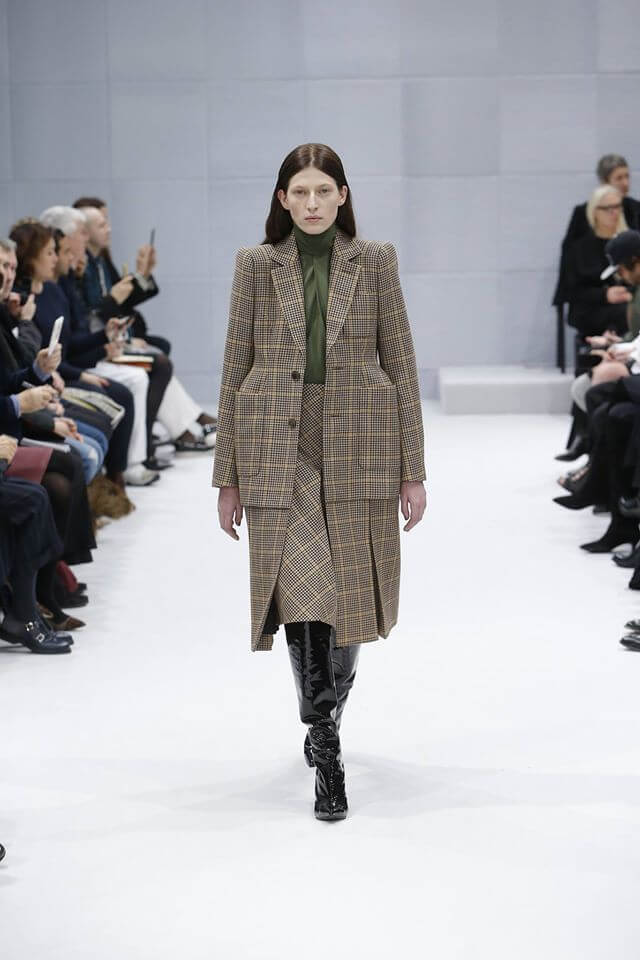 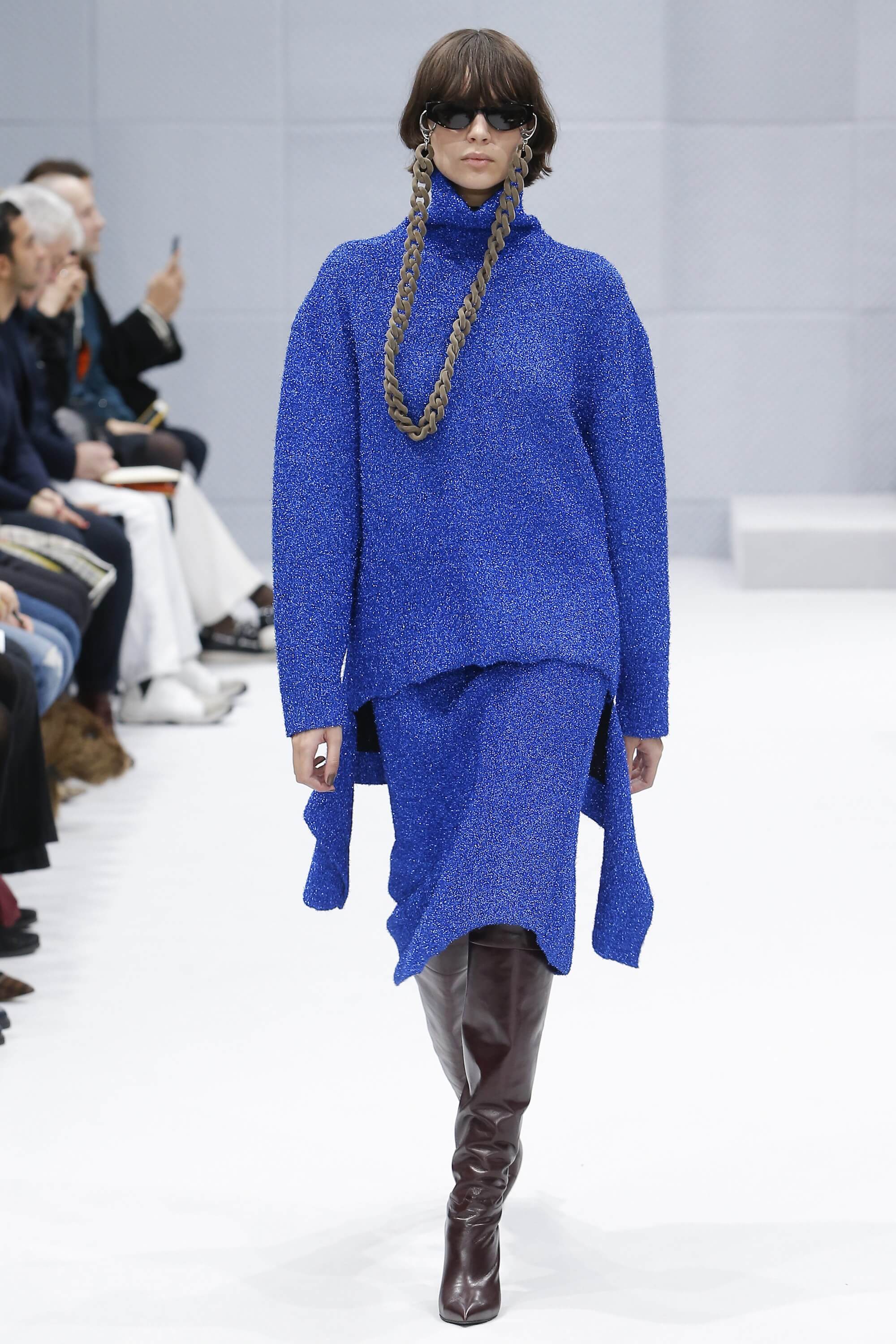 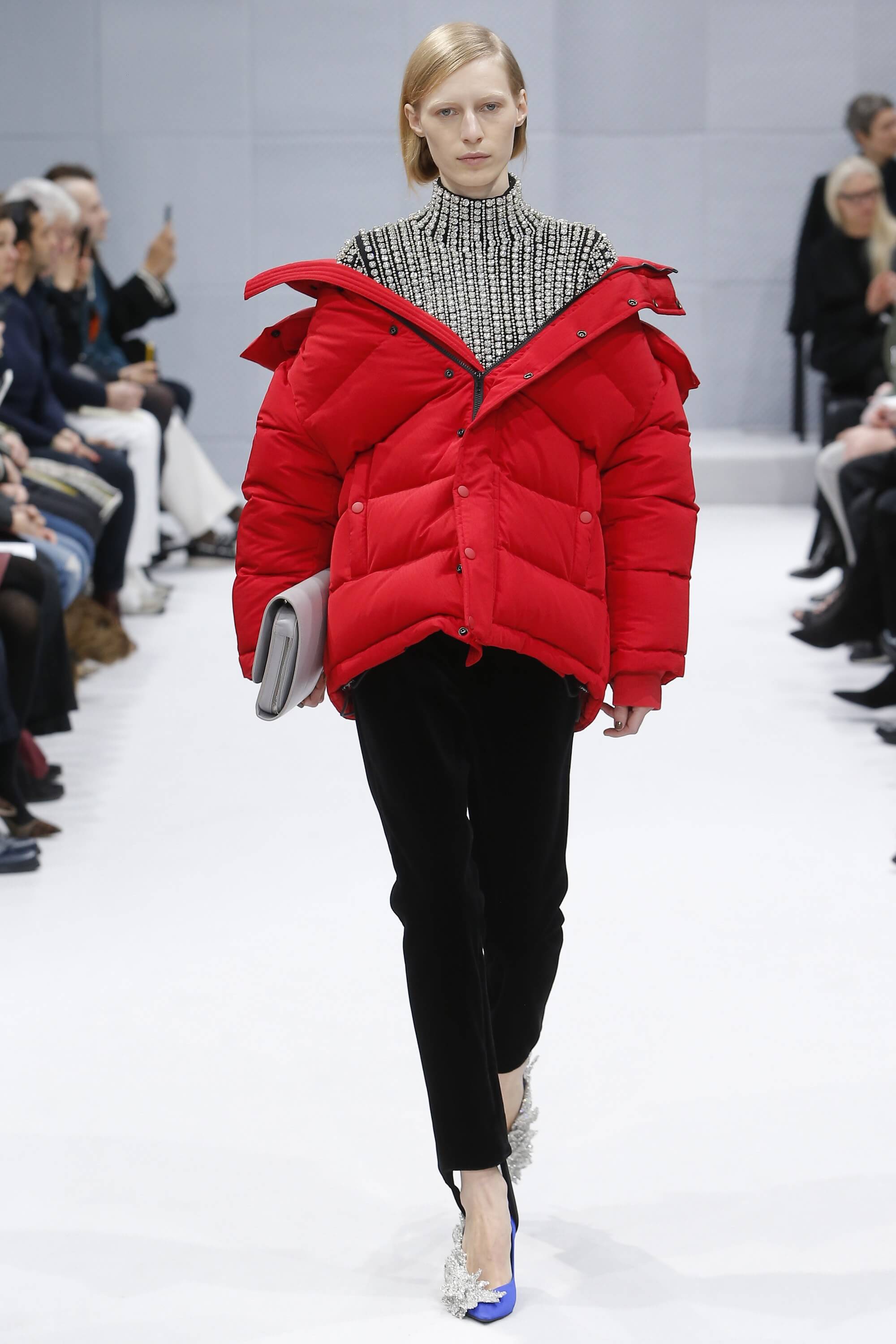 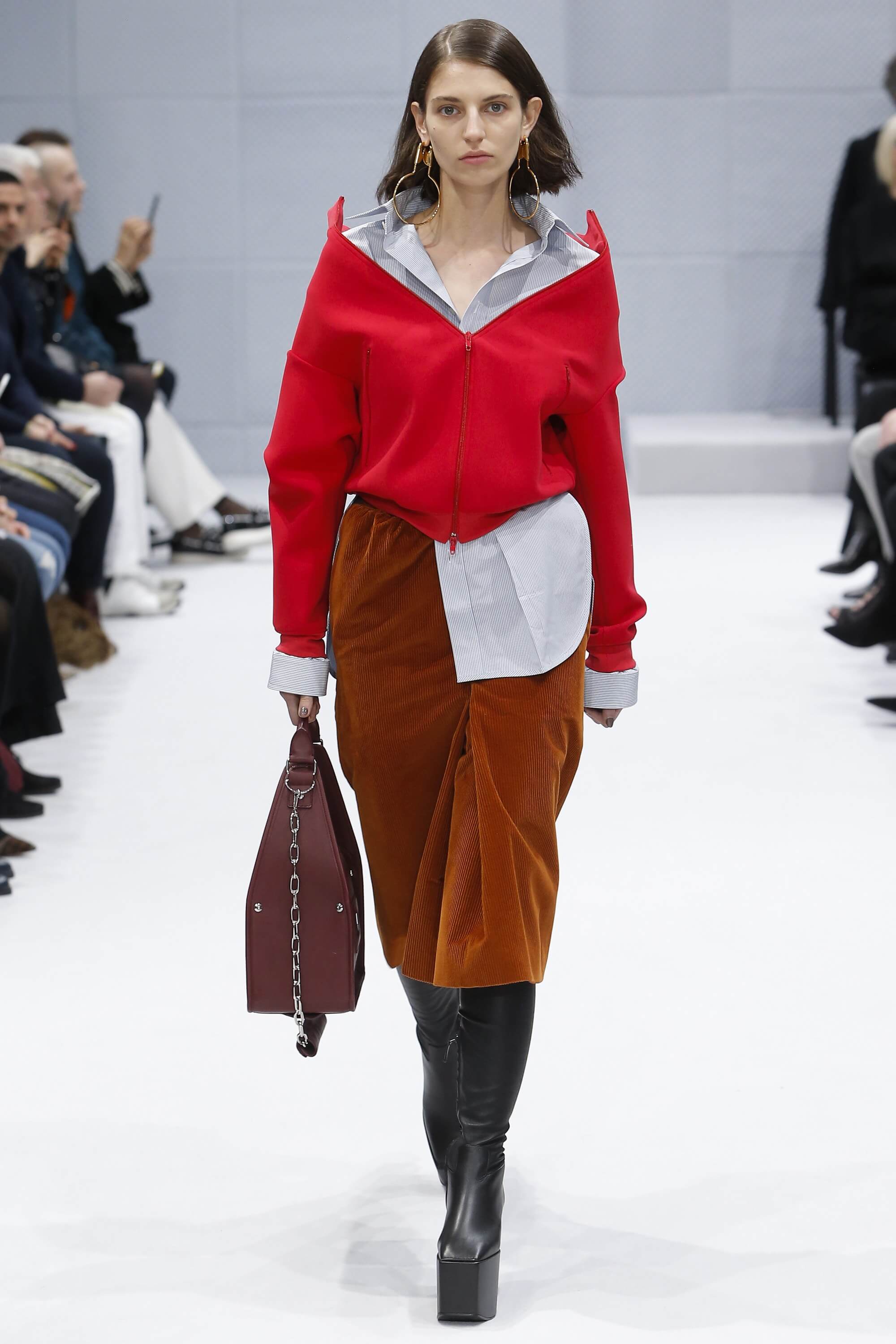 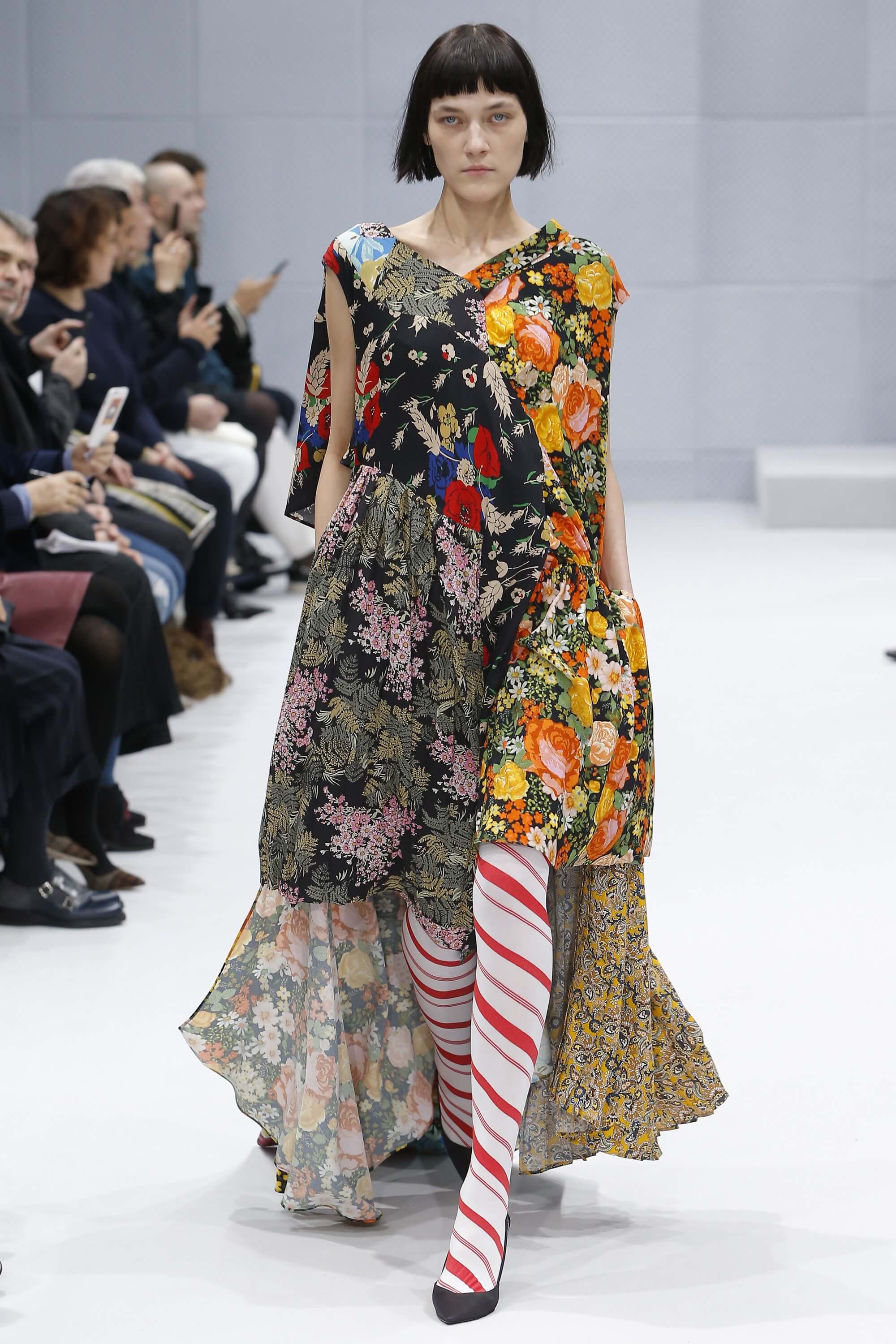 A couture attitude – that was the notion of Demna Gvasalia’s Balenciaga debut. It wasn’t couture, of course – it was, in fact, decidedly ready-to-wear, rooted in the wardrobe of everyday (parkas, suiting, fur-collared belted coats) but given a sense of Balenciaga’s architecture. It was transformative. “What is sophisticated today?” Gvasalia asked himself. “How to place Balenciaga’s legacy in a new context?” The new context was the street rather than the salon, clothes with reality at their core but experimentation in their form. The parkas were given the cocooning shape of opera coats; leather jackets and chopped-up knitwear were tugged off the shoulder like stoles; suits were fused together to make a trompe l’oeil coat. And the couture hands-on-hips stance – what Gvasalia dubbed his “C-curve” – was cut into coats and skirts and everything in-between. Do we even talk about there deluxe toolboxes, laundry bags and messengers reworked as accessories? Or the wardrobe of shoes? Or the bicycle-lock necklaces and safety-pin earrings? It sounds weird,  but look for yourselves. Because it’s the future. A brave and dynamic debut.

Insta Inspo: How Brands are Connecting Creatively with their Communities During Self-Isolation

Boy Meets Pearl: When The World of Menswear Embraced The White Jewel of the Sea