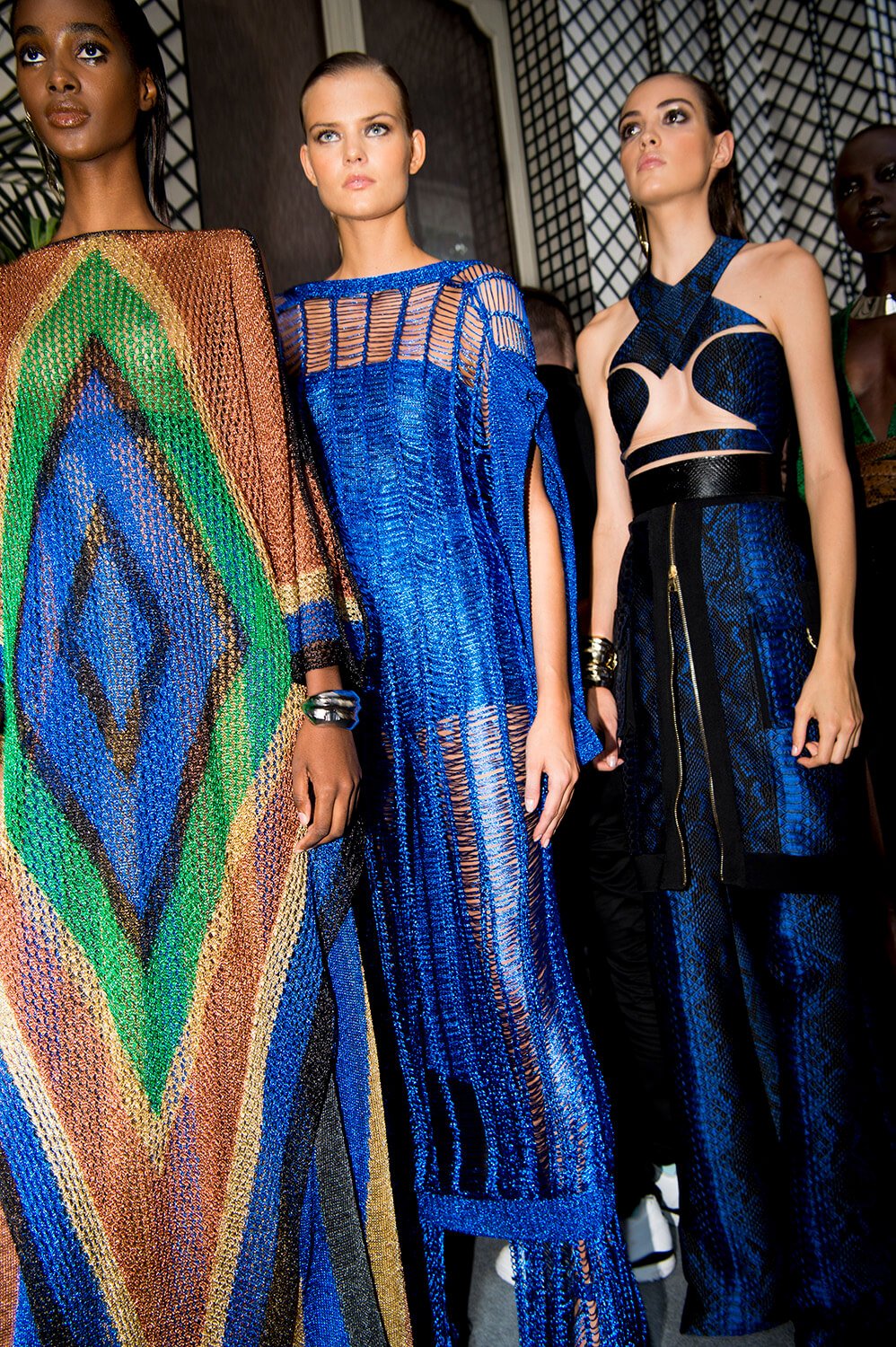 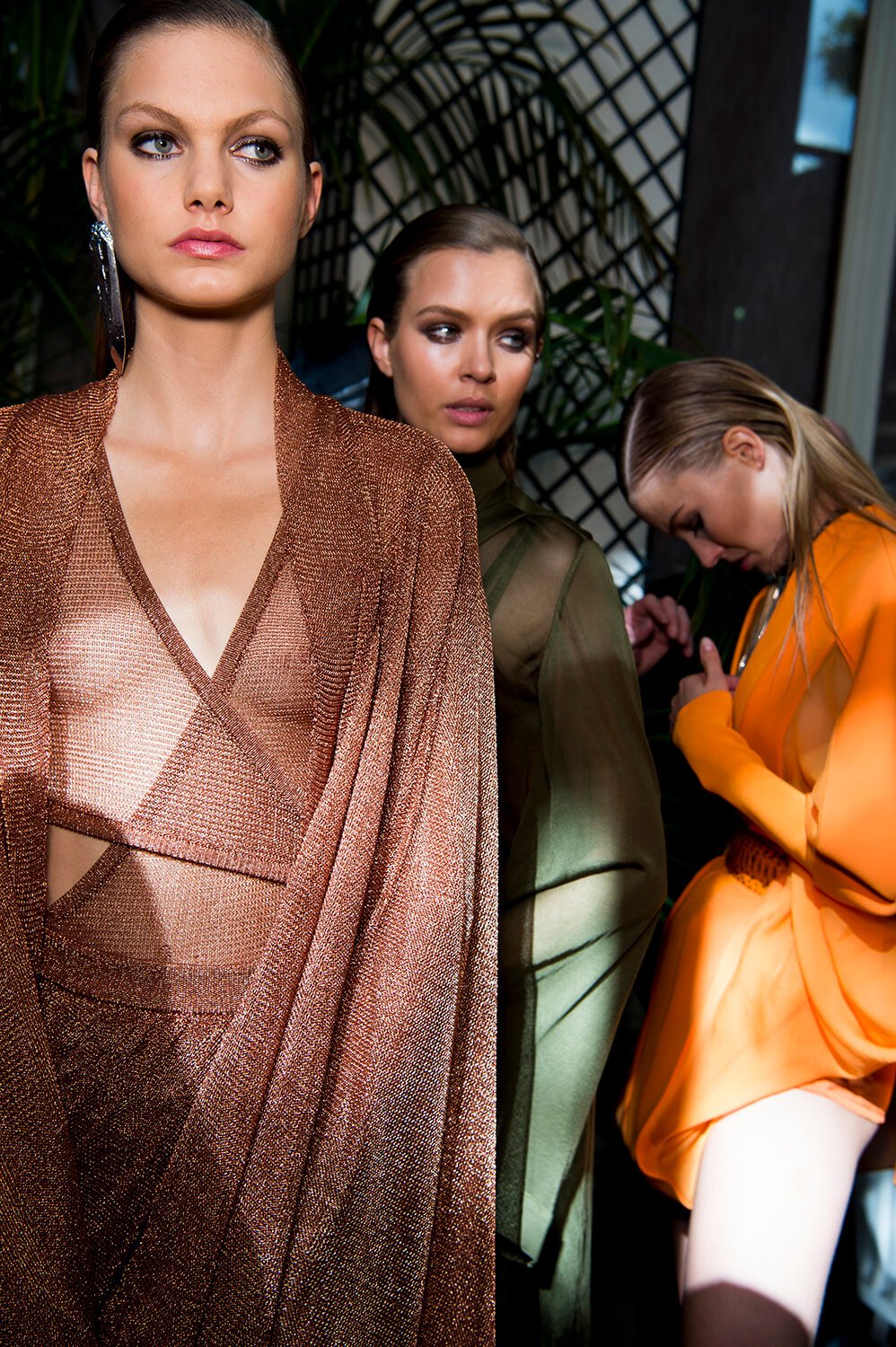 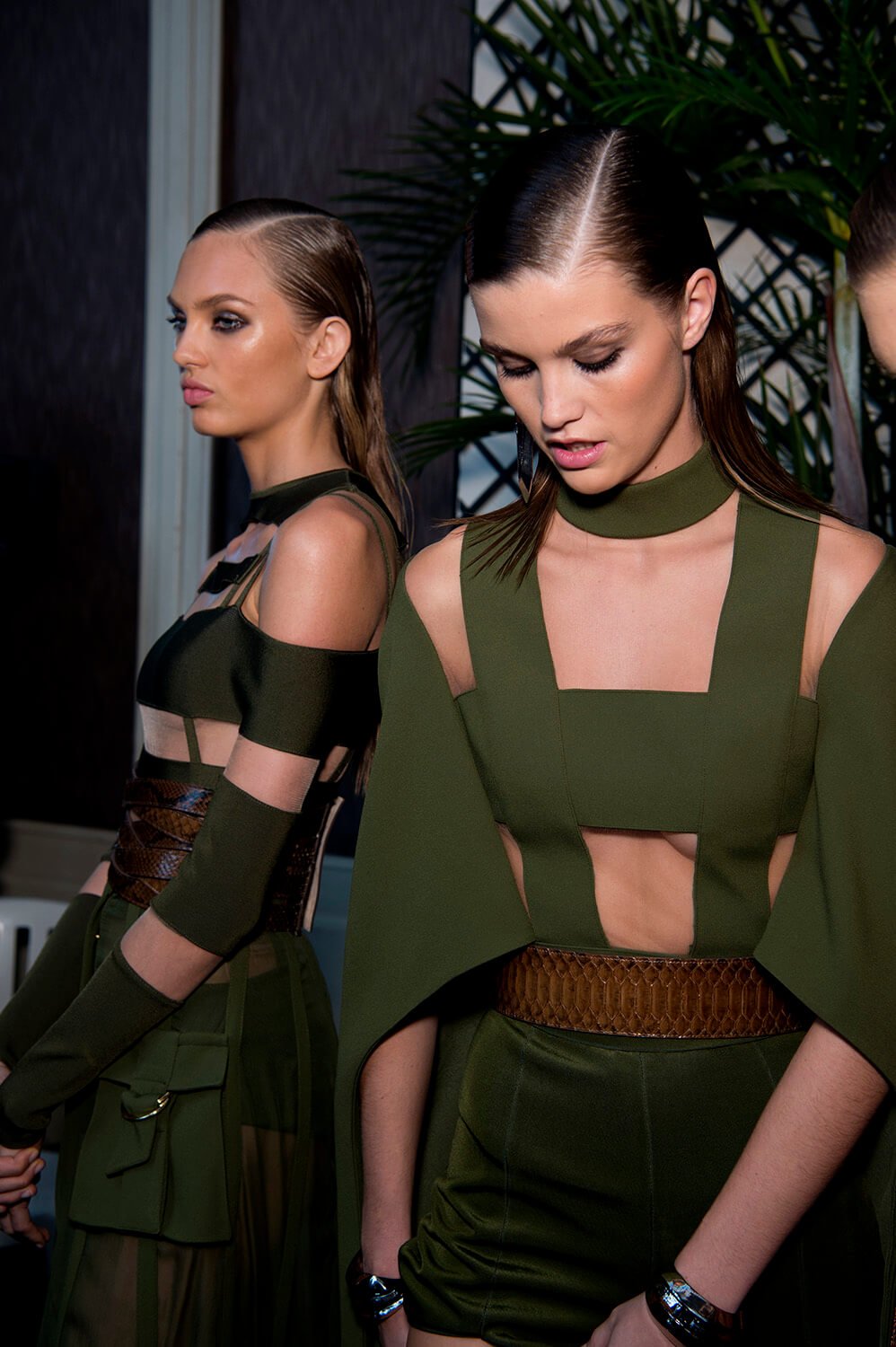 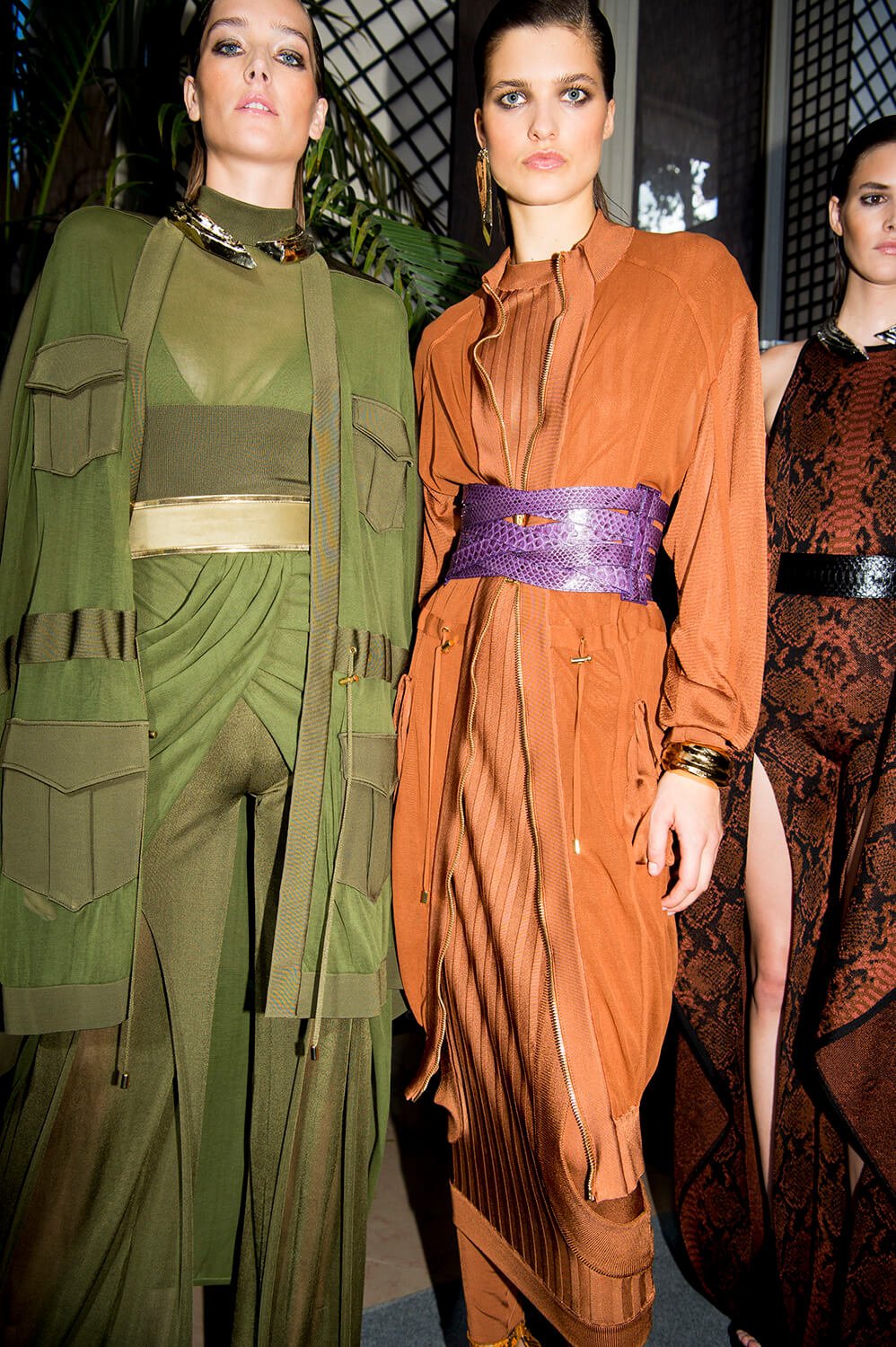 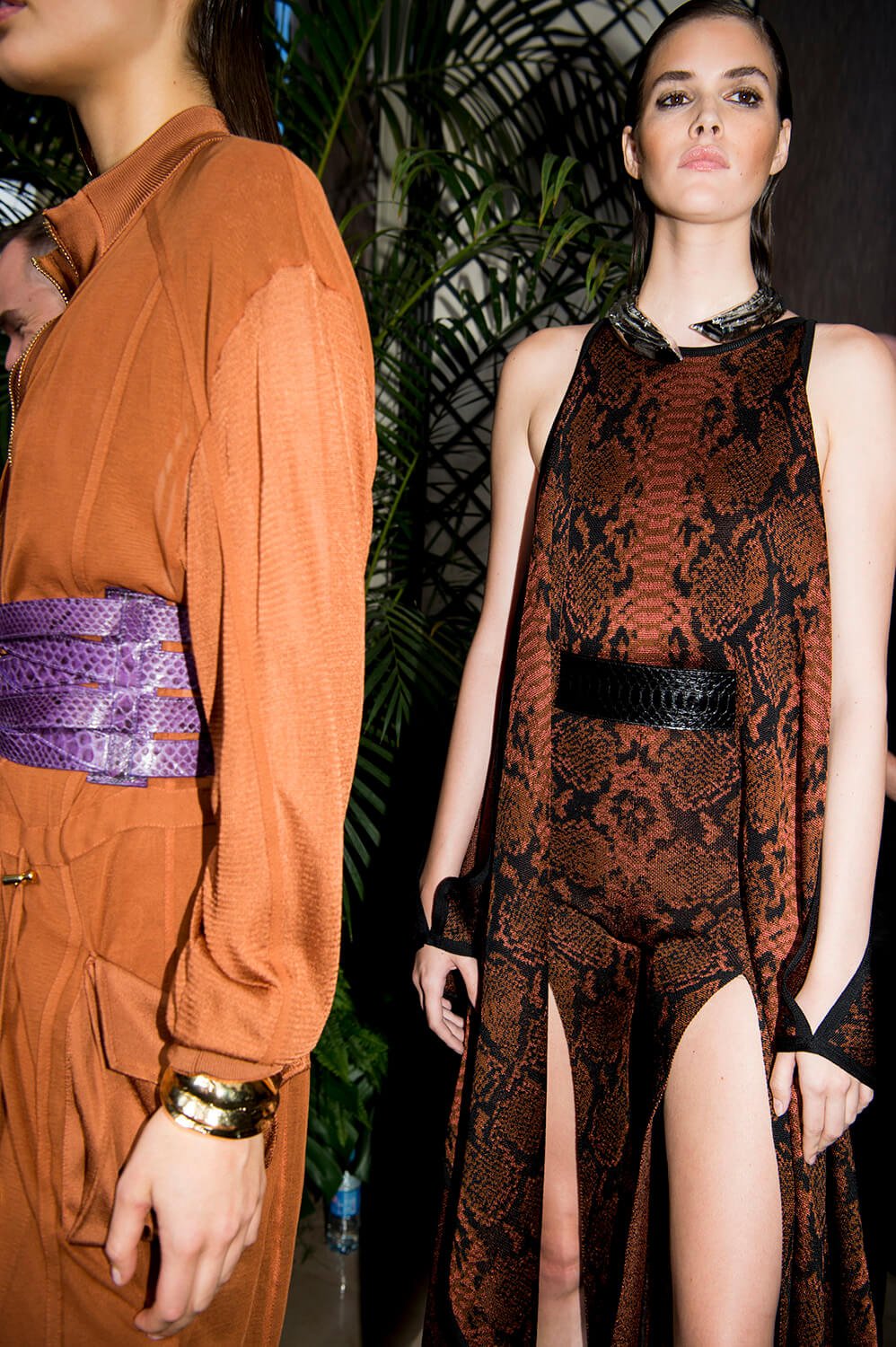 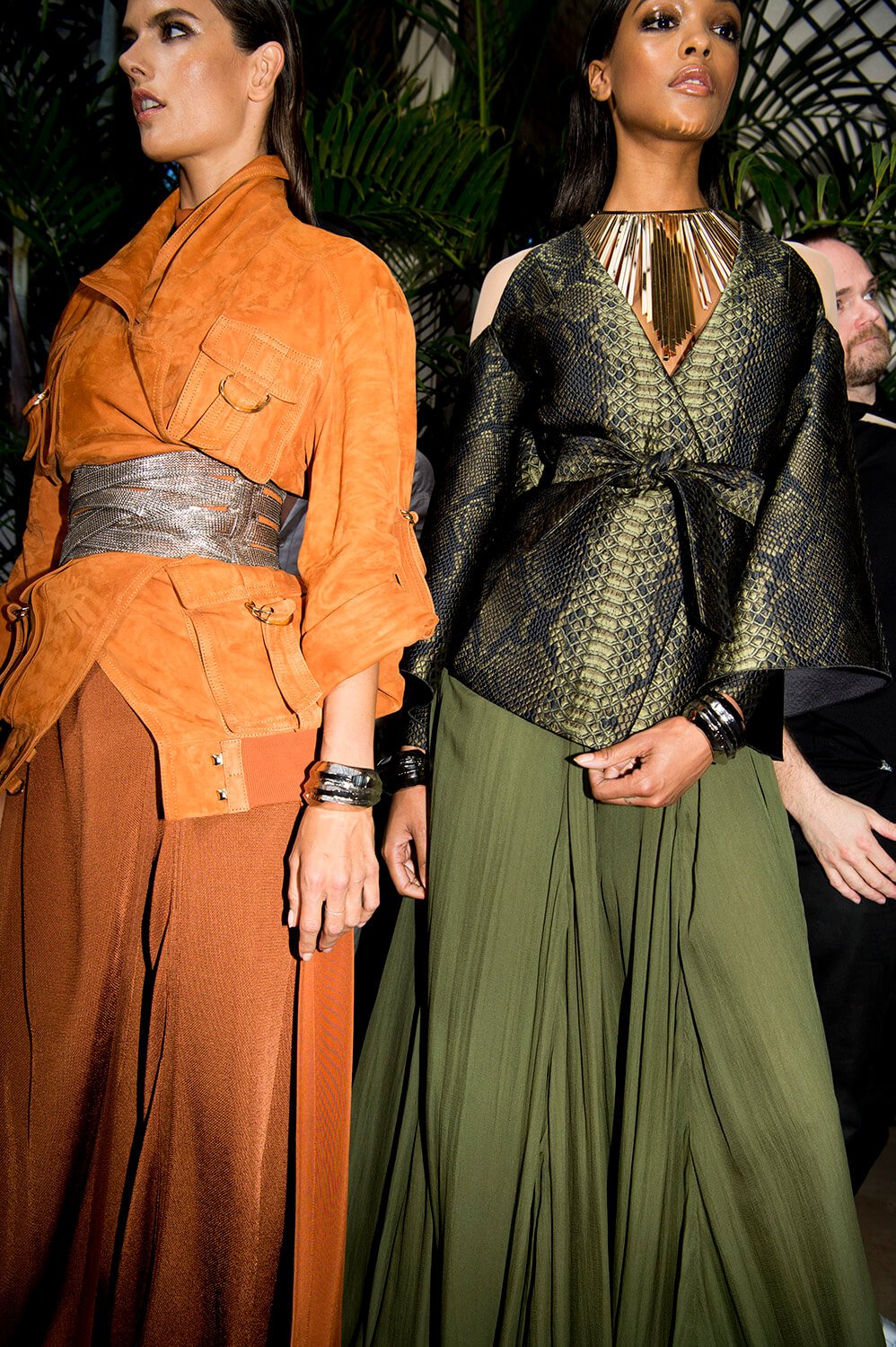 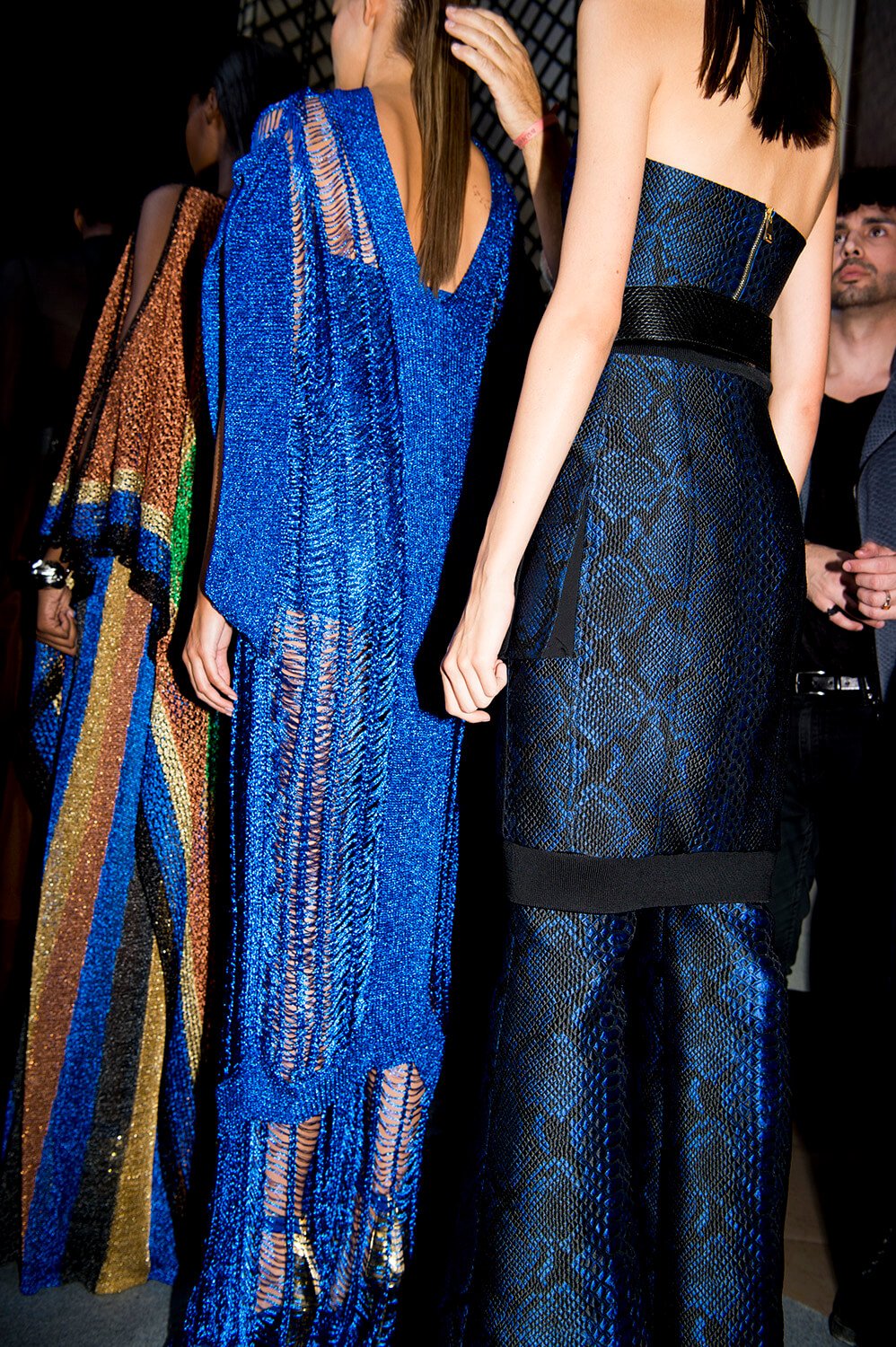 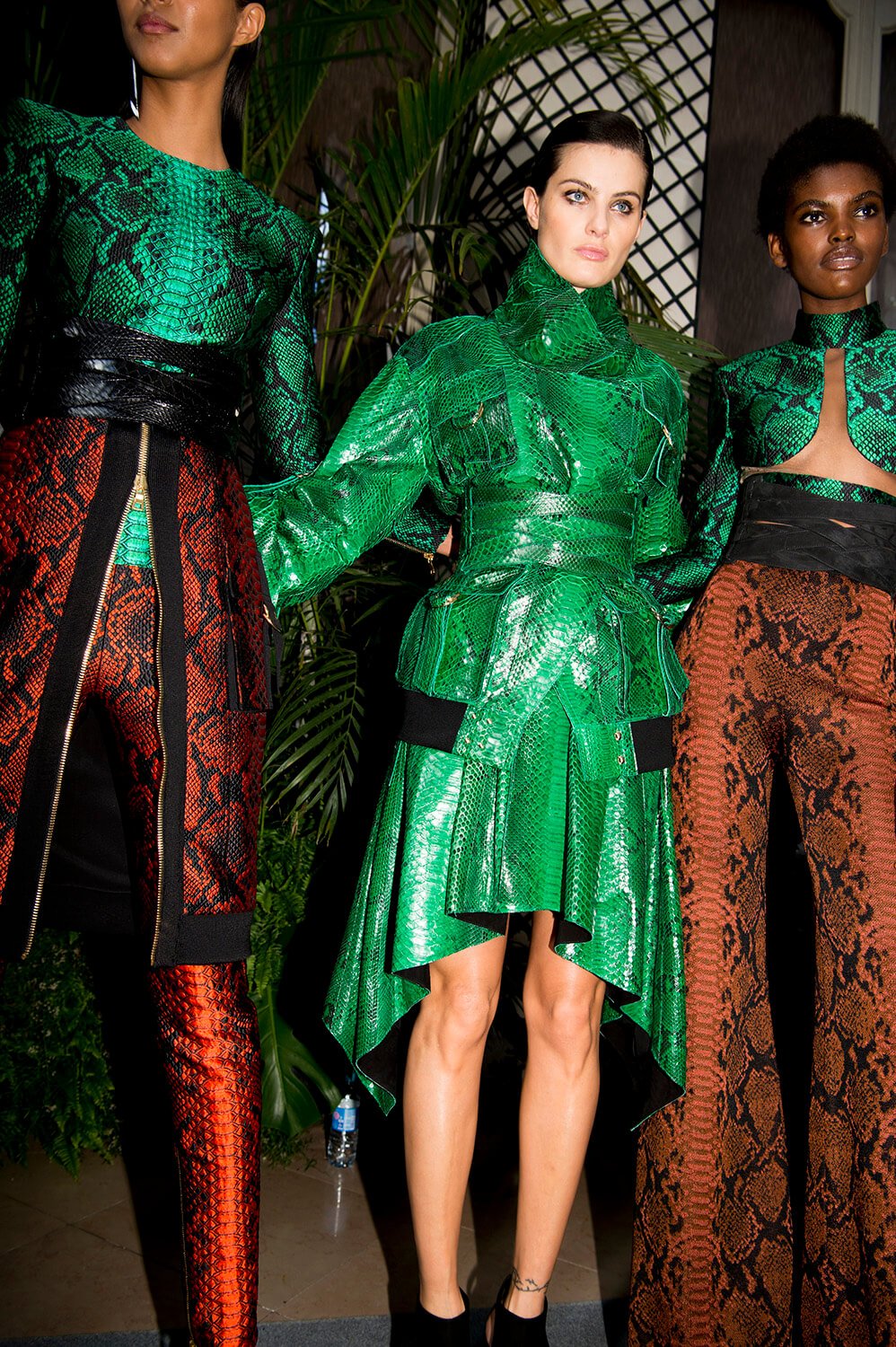 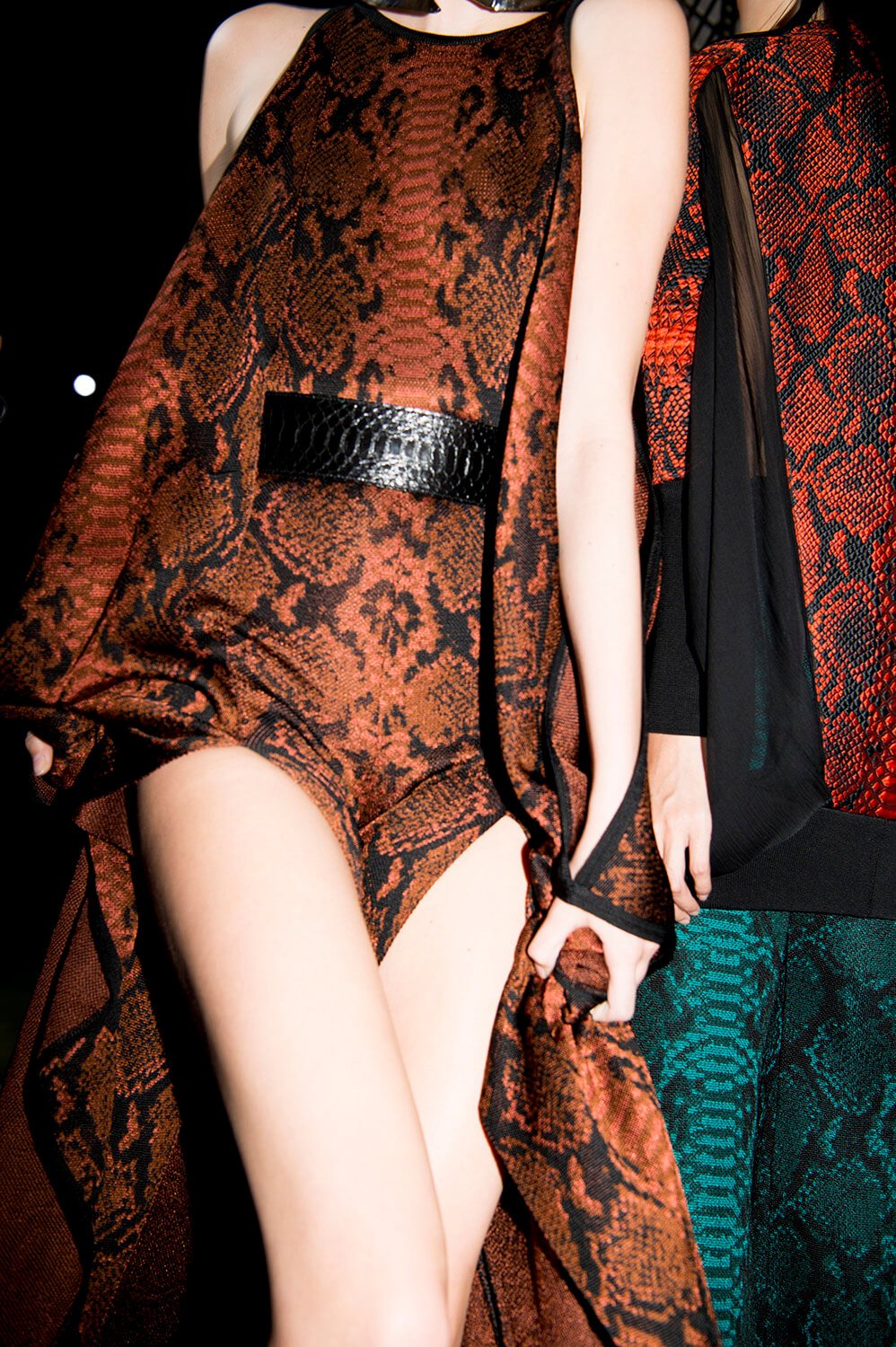 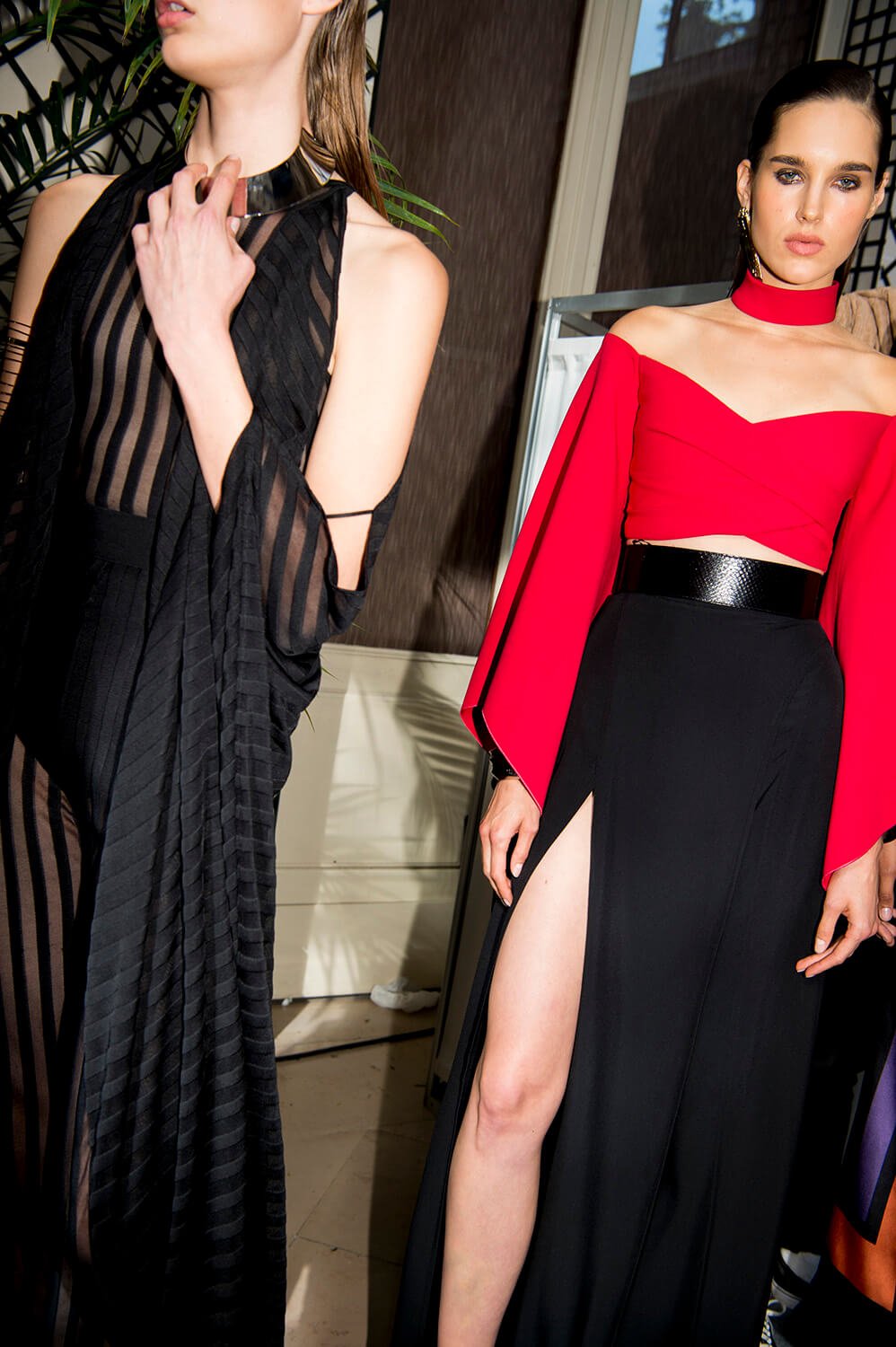 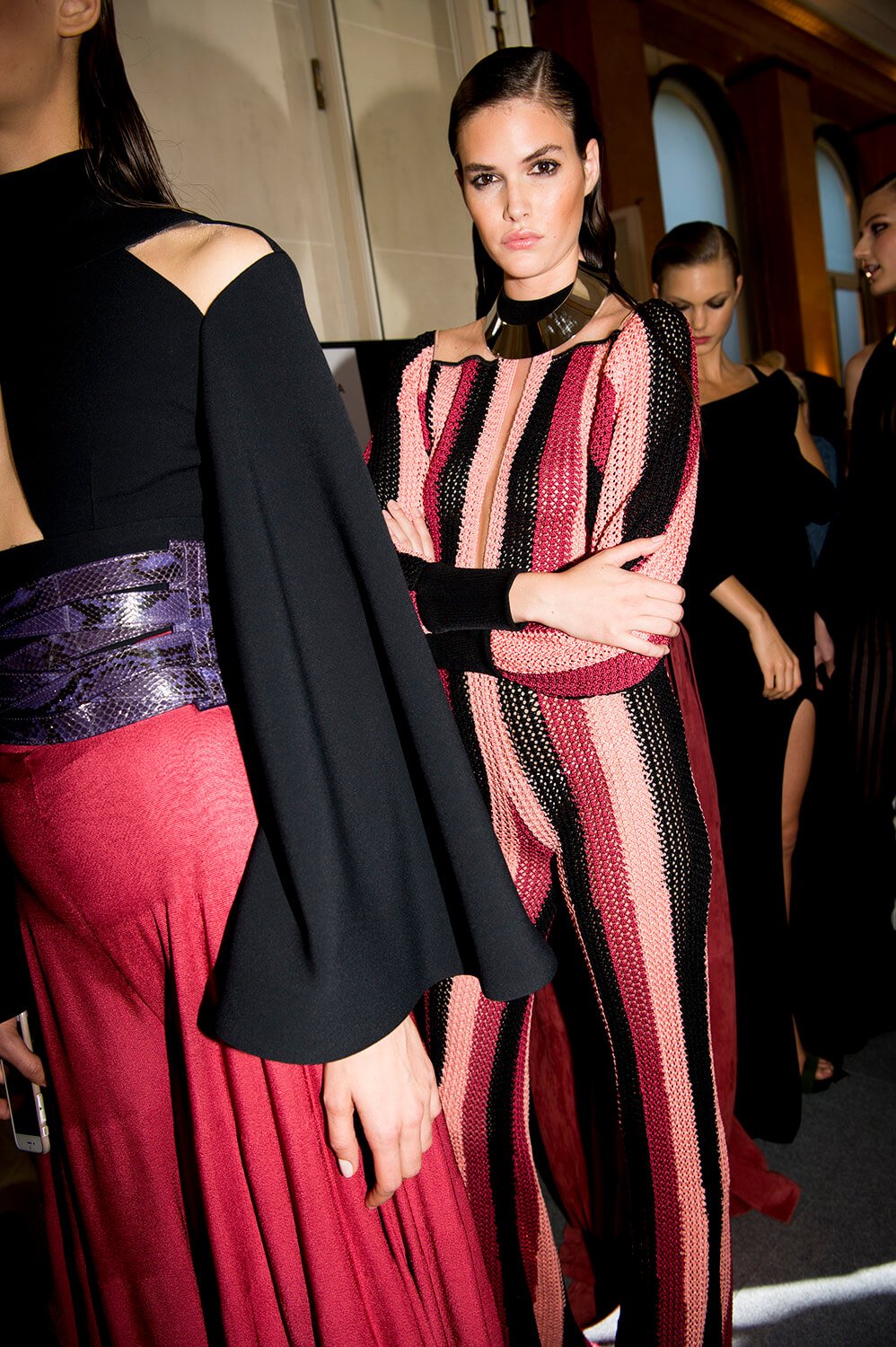 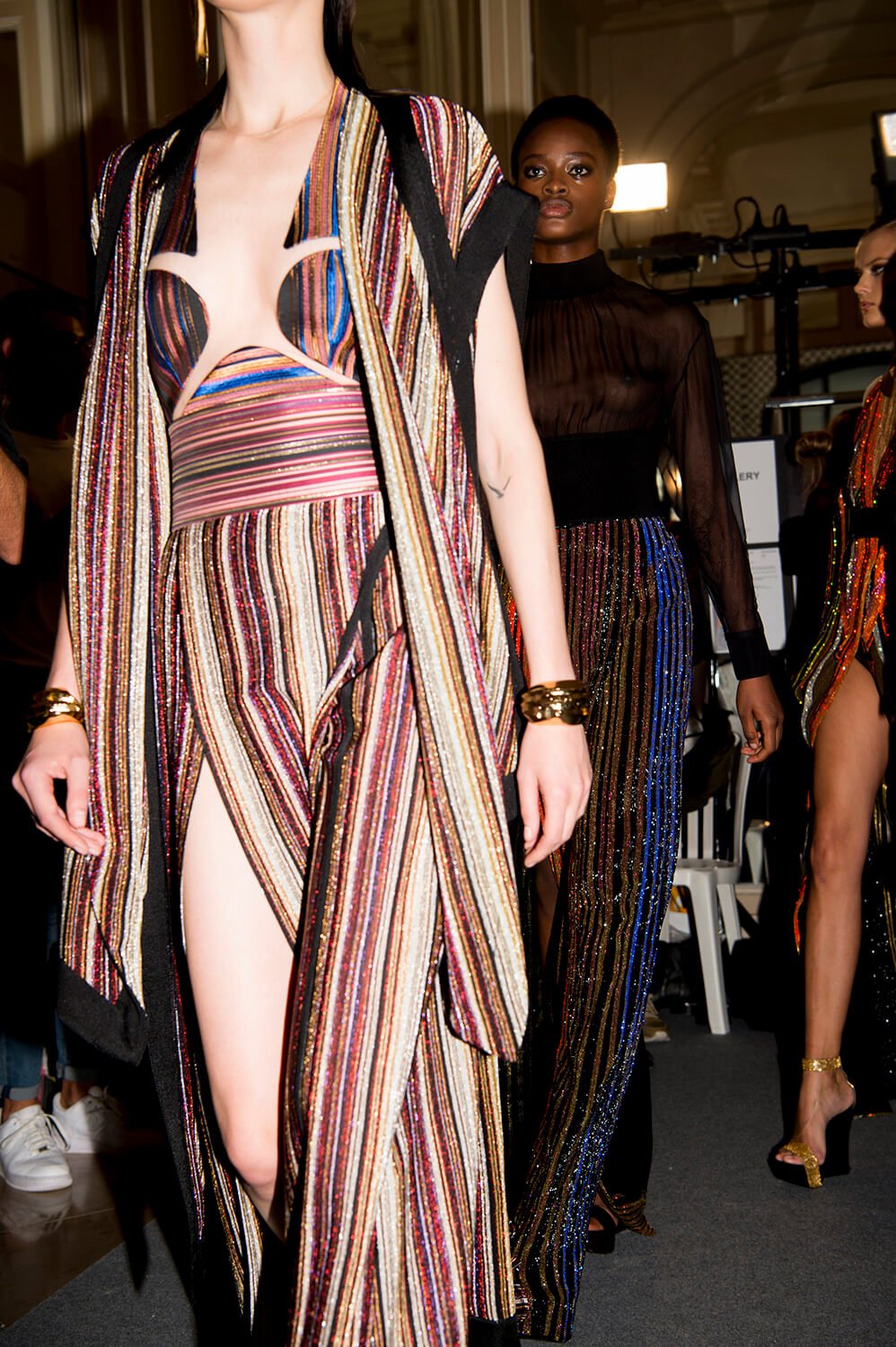 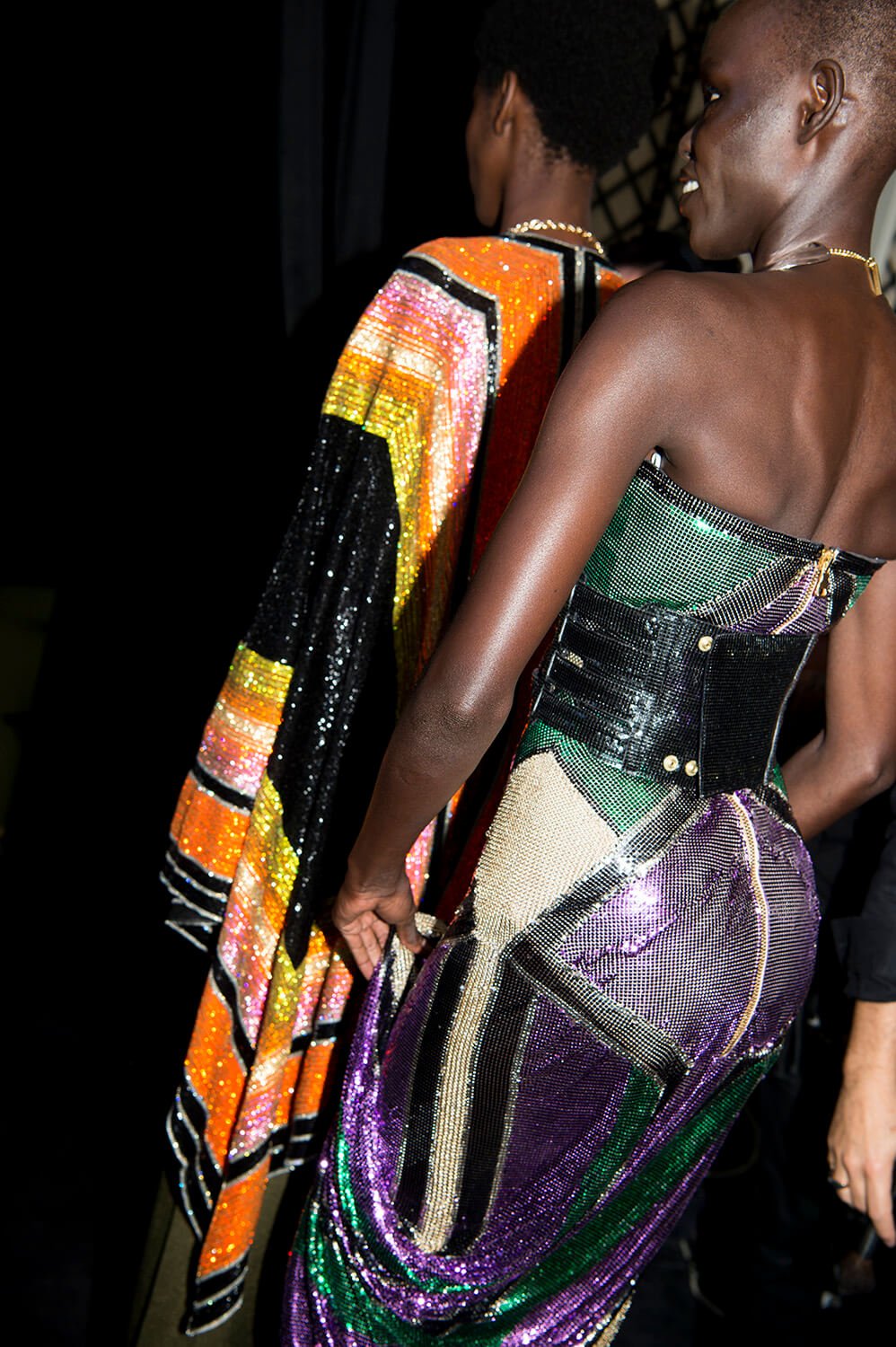 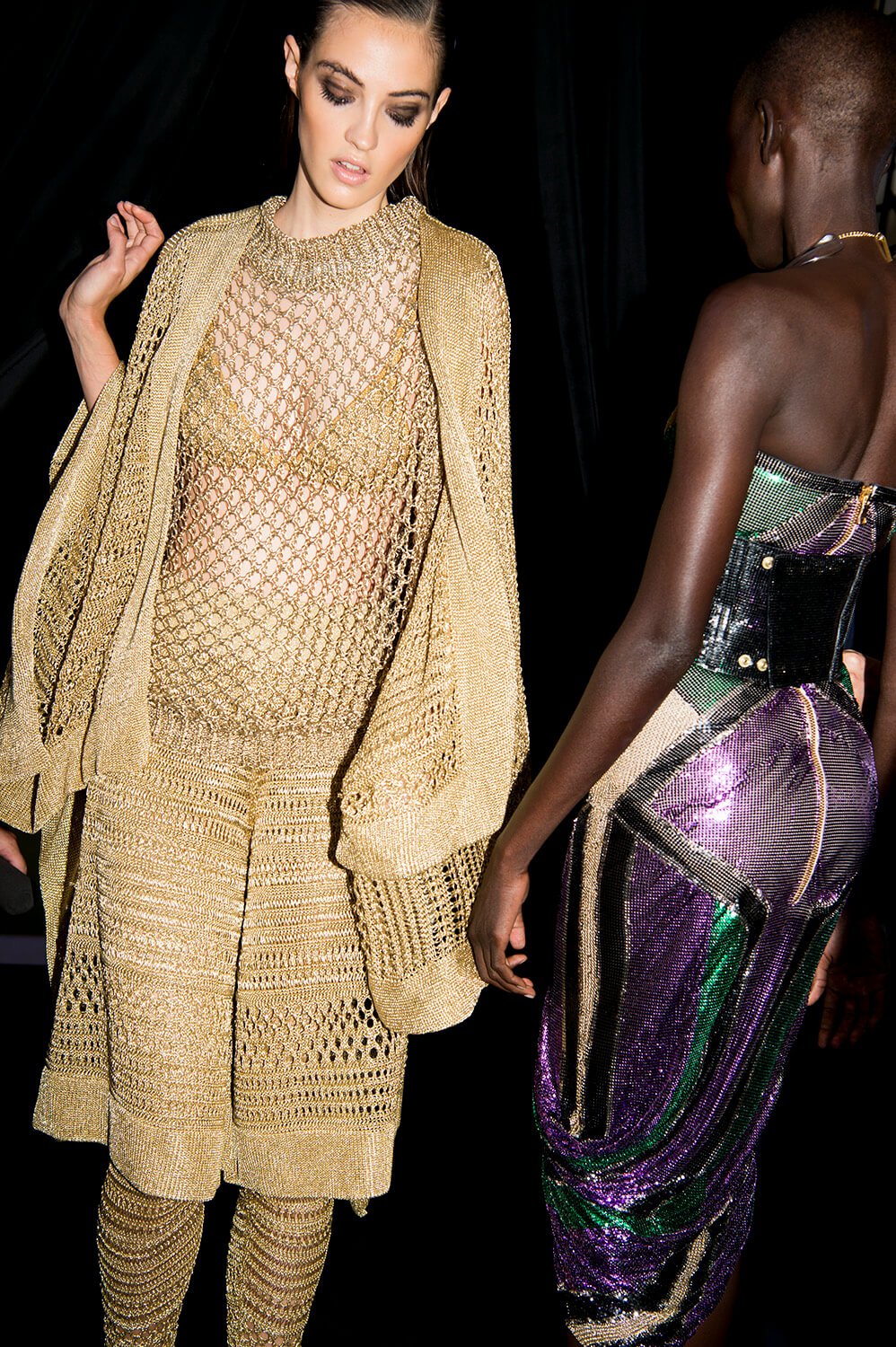 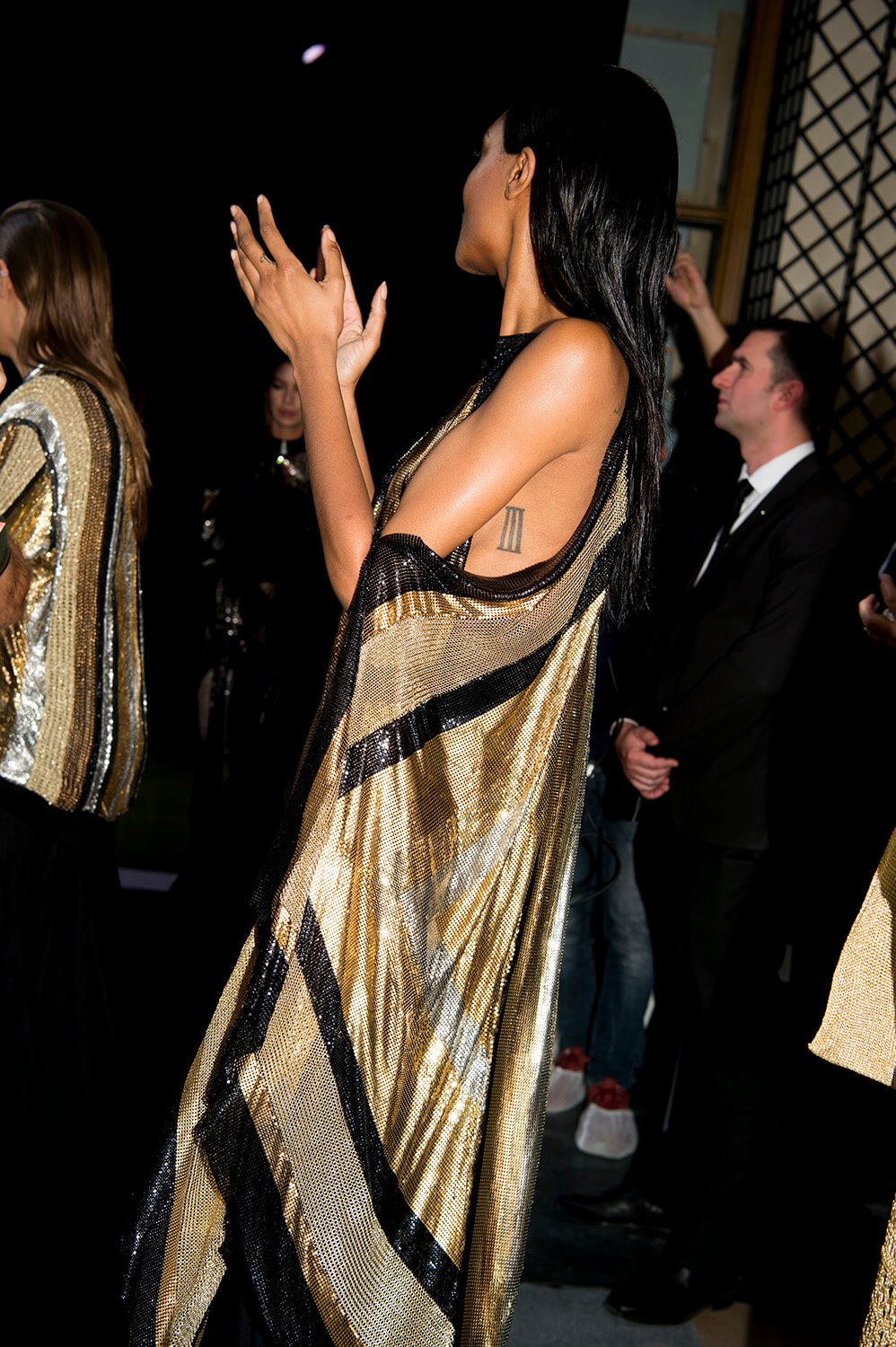 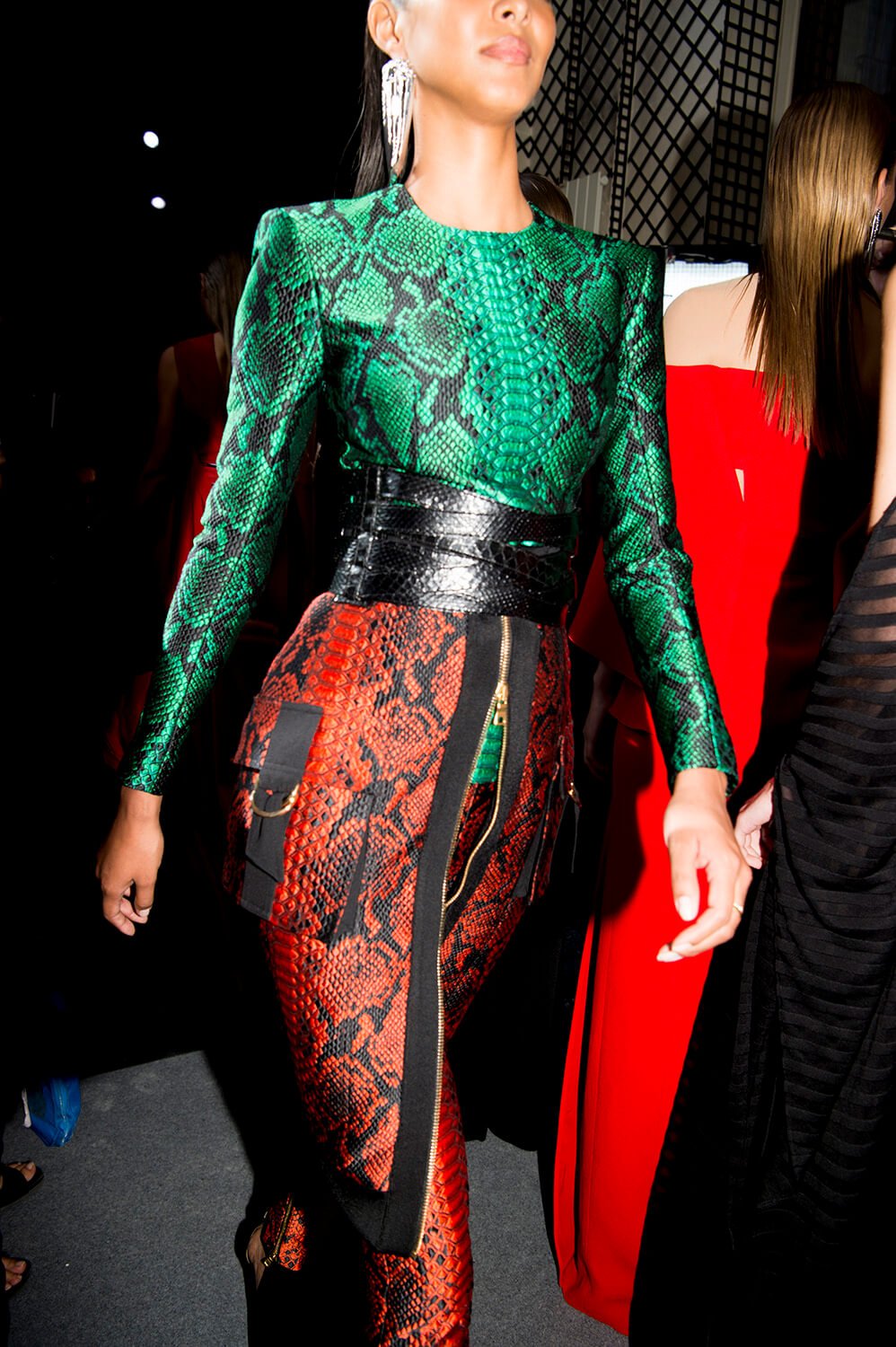 If you’ve read the press notes, you’ll probably find that what we’re about to say has little to do with them, but then we didn’t read then, because we were far too busy using our eyes for the more important task of feasting on Balmain’s most fabulous SS17 offering, presented this afternoon at Hotel Potocki. So, imagine a seventies Jerry Hall, draped in satin, slashed across her chest and slashed to where angels fear to tread. It was softer this season, the Balmain army in repose. Well, everyone needs a break from being fierce. Not that they weren’t fierce, more feminine would be a more fitting description. With a safari slant. Well, if, as the setting would suggest, they’re in the jungle, a safari pocket does make sense. As does freshly oiled snakeskin. Floor length silks, some sheerer than others, in a palette of army greens ands rich peaches were draped and wrapped around the body, almost kimono, or ballet leotard like, falling loosely to the floor, cinched in at the waist, and worn with metal collars or cuffs that gave the models an air of tribal queen, something further underscored by the lurex kaftans. Or would that give them more an air of Elizabeth Taylor? She was fond of a kaftan after all, and you can imagine her on safari dressed in anything less than Balmain? I mean it may not be the most practical but then glamour was never meant to be, and lets be real, this wasn’t designed for an actual jungle, this was made for the urban jungle. One where palazzo pants and chainmail are de rigueur. One that ever so slightly resembles a disco era New York.

Olivier Rousteing To Collaborate With Nike

Black Lives Matter: How Fashion Brands Are Offering Their Support

Ten Meets Tyne O’Connell, The Author Who Happens to be Mayfair’s Quintessential Eccentric