“What fairy magic is this?” The harsh realities of Covid-19 meant that Maria Grazia Chiuri was unable to stage her Dior Couture show as planned. So instead of putting on a live fashion extravaganza in Paris, the creative director plunged headlong into a fantasy universe peopled by mythical beauties and magical creatures, who could have been painted by Rossetti.

The AW 2020 Couture collection was revealed online in a mini-movie with a magical narrative. The designer enlisted the help of Pinocchio filmmaker, Matteo Garrone to create her bucolic fairyland, into which two handsome porters carried a doll’s house modelled on Dior’s iconic Ave Montagne HQ. As they passed through a ravishingly beautiful forest, they opened up their doll’s house to reveal intricate couture miniatures (doll-sized copies of Dior’s AW2020 Couture collection, made to the same exacting standards as the full-sized versions by the atelier’s famous petit mains). So enchanting were these gloriously draped, goddess gowns, that every nymph, mermaid or fairy who encountered them, was instantly bewitched into wanting them. 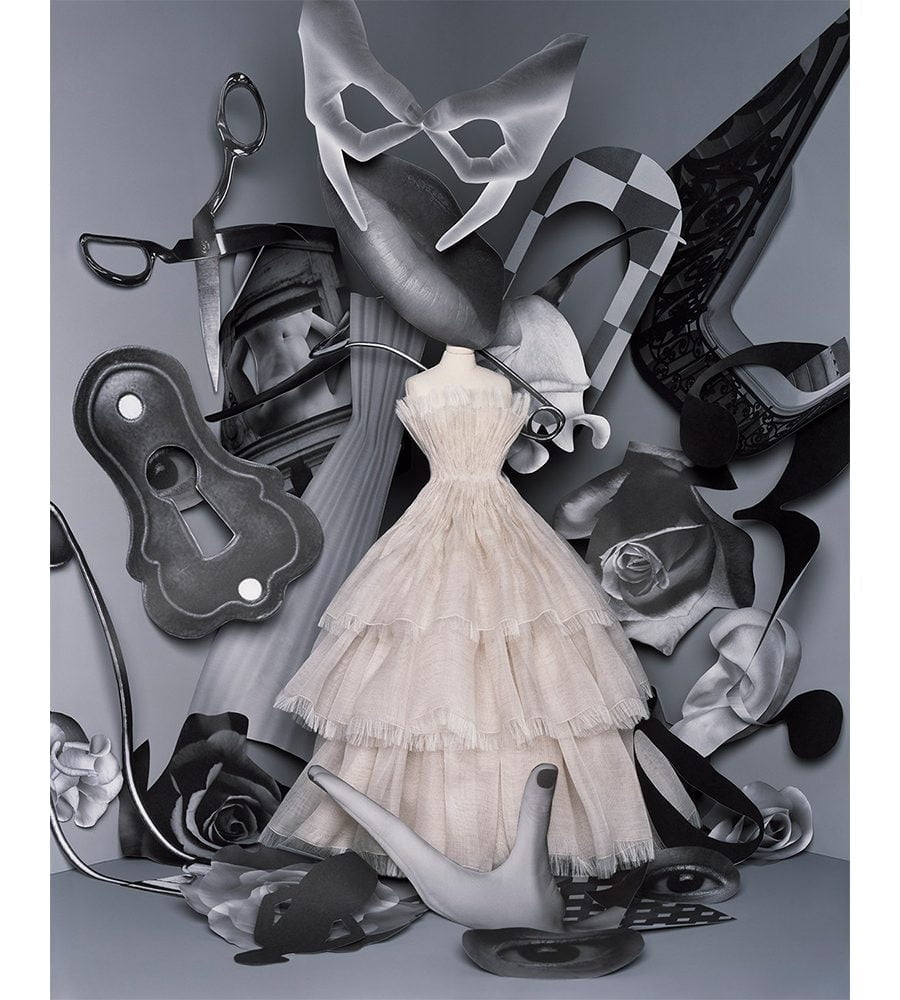 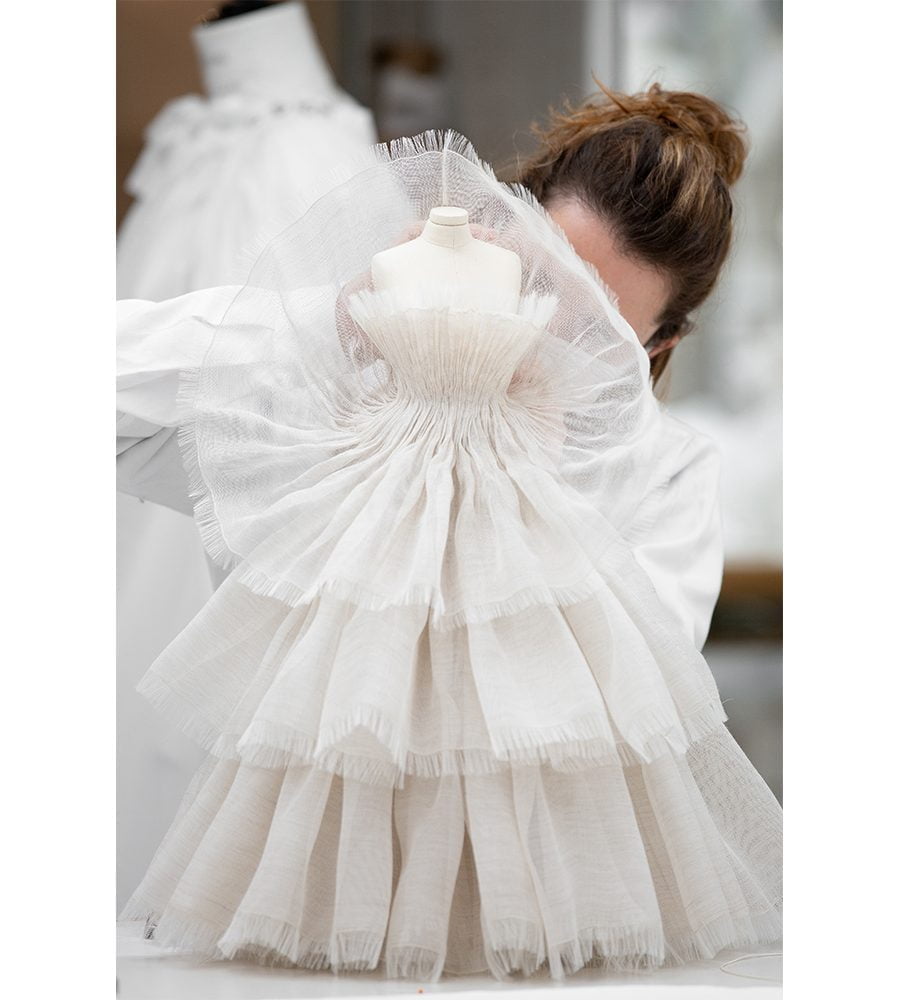 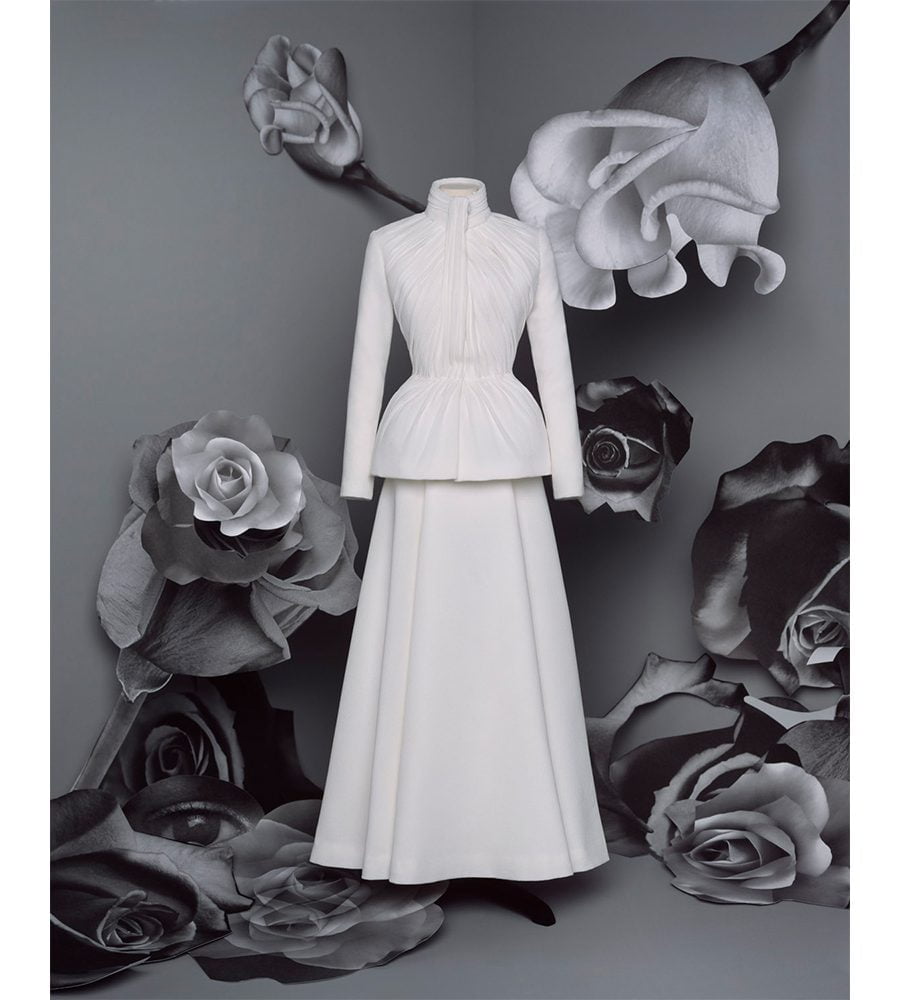 You couldn’t get a more fitting metaphor for the magical, fairytale quality of couture (nor the irrational pull of the desire to own a new dress), but the doll-sized gowns in this fantasy film referenced a very real, phoenix-like moment in couture’s own post-war history. Back in 1945, as the world readjusted to peace, the French couture industry was staring into the abyss. To save itself from oblivion, and to entice new customers in far-away markets, the industry put together Theatre de la Mode, a touring exhibition of 200 mini mannequins showing the designs from the top Paris houses. Hundreds of thousands flocked to the exhibition, which toured the world, and re-established Paris as the home of high fashion.

Does Covid-19 bring a similar existential reckoning to the otherworldly world of couture? The nightmare has certainly made people yearn for escapism and optimism, which couture is more than able to provide. Perhaps that’s why Chiuri’s feminist messaging – usually front and centre in her work – danced lightly within the movie. The ‘muses’ in her film, referenced the heroines of surrealism. Lee Miller, Dora Maar, Dorothea Turner, Leonora Carrington and Jacqueline Lamba were all women who transcended the traditional, passive role of muse by becoming renowned talents in their own right. Other real-world concerns were also absent. As the Black Lives Matter movement gathers pace, the film’s all-white cast missed an opportunity to show fashion’s true diversity. Fantasy prevailed. The dresses were the real stars of a film that focused on the beguiling and bewitching power of beauty.

Dior Has Opened Not One, But Three Pop-Ups In Italy

Dior Is Taking Its Cruise 2021 Show to Lecce, Italy

Balmain Marks 75th Anniversary With a Couture Spectacle On Water

Enter The Madness of Hermès Backstage With SS21 Menswear Film

Dover Street Market Has Had A Make-Over, See What’s Inside

14 Ways of Cutting Carbon from your Fashion Shoot, According to Alice Wilby