As Game Of Thrones Draw to a Close, We Look at The Costume Arcs of their Strong Female Leads

These years have been harsh on the characters in HBO’s Game of Thrones, especially to our female leads Daenerys Targaryen (Emilia Clarke), Sansa Stark (Sophie Turner) and Cersei Lannister (Lena Headey). For the better half of a decade we have watched these women grow out of the shadow of the men who underestimated them (most of which are now dead) to see them rise as vital players in the game. With the final season coming to a close, this seems like the perfect time to have a look at how costume designer Michele Clapton perfectly captured the tremendous arcs of these three characters through style.

When the hound encountered Sansa in this past Monday’s episode, he reminded us of just how far this little bird has flown since she was first introduced as a child in 2011. Back then, she was a bratty child hell bent on dressing in the finest robes and marring the future king (don’t we all wish). She wore mainly light blues and greys and mimicked the style of the ladies at court. Her dresses were simple and feminine in cut but always with some element of floral embroidery or, in her earlier days, bows tied around her neck. This was always done to show off how marrying vile man after vile man changes a person, and Sansa Stark grew up fast to survive them. Her final season garb has been drained of colour but could not look cooler. Gone are the bows replaced with a leathery armorlike bodice and long black skirts with chains linked around her securing it all in place. On top of which is draped the infamous IKEA rug turn fur coat that truly completes that Lady of Winterfell vibe.

Daenerys ‘Daenny’ Targaryen Stormborn aka the Mother of Dragon(s), and now queen of winter wardrobe updates. Spending most of the show in hot climates, Daenny started the show wearing very loose-fitting dresses with free-flowing silks in light colours that draw focus to her platinum white hair. Starting off as a pawn in her brother’s game she has burnt and crucified her way through her enemies until she is the true queen on the board. She has developed major shoulder pad game blending white fur coats with armour for a look that certainly made its impact when it premiered in 2017. Her outfits now hint at the seeds of madness growing as her journey to the throne is not coming without loss. She wears silver chains which have been twisted in elaborate shapes that hang heavy around her high collar and beneath the crisp white fur veins of deep red glisten through snaking across her outfits. There has certainly been a sinister undertone to her costumes this season and I would keep my eyes on her.

Finally, we arrive at the surprise big bad of the entire show – undead army? Dragons? Nah, the real worry is what Cersei Lannister is capable of. Introduced as the drunkard wife of an abusive king she has been paraded through the streets naked and hair sheared off, she has lost her children to poison, poison and suicide, she blew up half the city and then crowned herself queen of the Seven Kingdoms. From the moment she sat down on that famous pointy chair her dress sense alone was enough to catapult her into a fantasy style icon. Her outfits went from traditional fantasy queen at court – long blonde hair, bright reds and gold with long draped fabrics and wide sleeves – to a reptilian Joan of Arc. Hair formed into a bob with an intricate crown resting on top, her most recent dress is a deep red velvet number studded and accented with gold. Not to even mention these beautifully crafted metal sculptures that she uses as shoulder pads. They are armour; they are jewellery; they are looking like they came straight from the head of Alessandro Michelle. 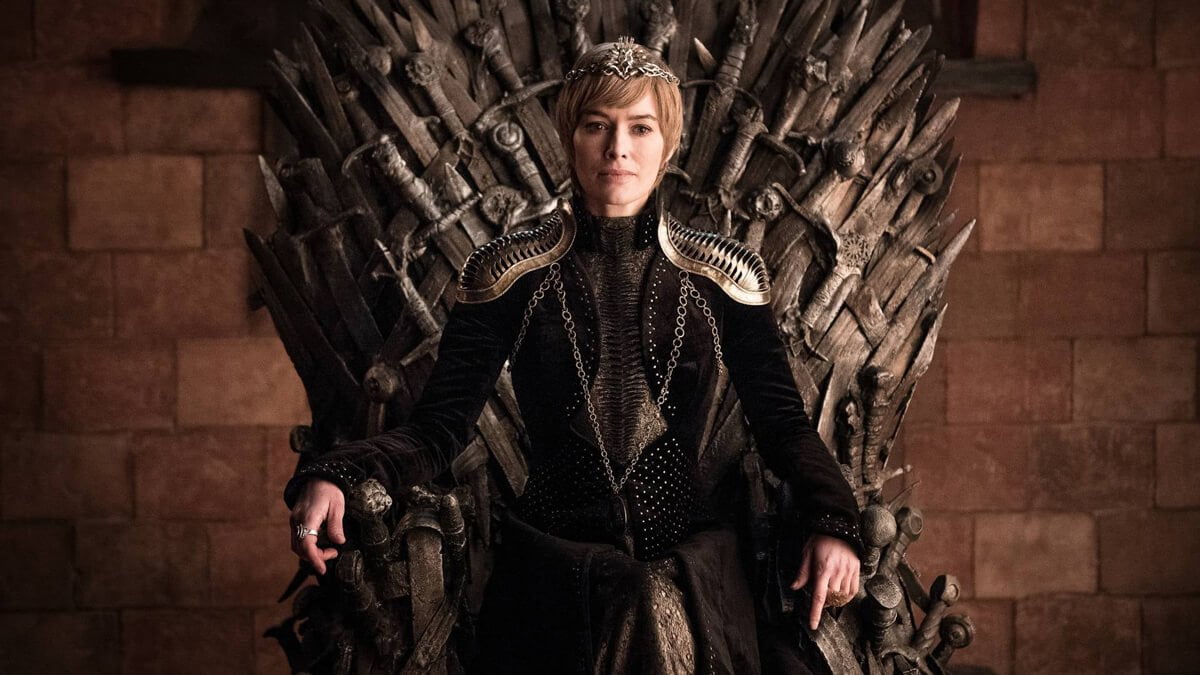 The women of Game of Thrones have taken power dressing to a whole new level with this plethora of pointed silhouettes, strong shoulders, metal chains and leather. They are not the contained women who began the show, but are queens, warriors and fighters. I think high fantasy could take a gilded leaf from Michele Clapton’s design and stop dressing heroines in skimpy impractical battle armour and showing them as forces to be reckoned with.

The final season of Game of Thrones is airing on Sunday evenings on HBO.

10 Picks of Paris: GMBH is Our Next Brand to Meet

Ten Years of Natasha Zinko, As Told By Her