Let me hear you say: this sh*t is bananas! Gwen Stefani is to receive this year’s Fashion Icon Award at the E! People’s Choice Awards on November 10th in Santa Monica. And with Victoria Beckham as last year’s winner, this is pure fashion recognition goals. Stefani said: “I am so grateful to receive this award and continue to be inspired by those who stand apart and embrace their unique style and individuality.” The three-time Grammy Award Winner, frontwoman for rock band No Doubt and solo sensation has undoubtedly provided over three decades of style and individuality with her signature looks of pretty-meets-punk. Stefani is one of the first global celebrities to turn her music stardom into a whole range of successful brands, including her fashion label L.A.M.B., its sister brand Harajuku Lovers, eyewear line Gx by Gwen Stefani, the Harajuku Mini for Target and range of beauty accessories for Sephora. It’s fair to say, she’s done it all, and pretty damn well.

Proper Ten Celebrations are in order as we, self-confessed Gwenabees, congratulate Miss Stefani on her award by reminiscing on 10 of her best fashion moments, featuring a lot of her signature black & white with a hot red lip.

Doing what she does best on stage in 1996, Stefani rocks yellow patent leather pants in what became her signature look of the era – midriff on full show. If you had that bod, wouldn’t you? 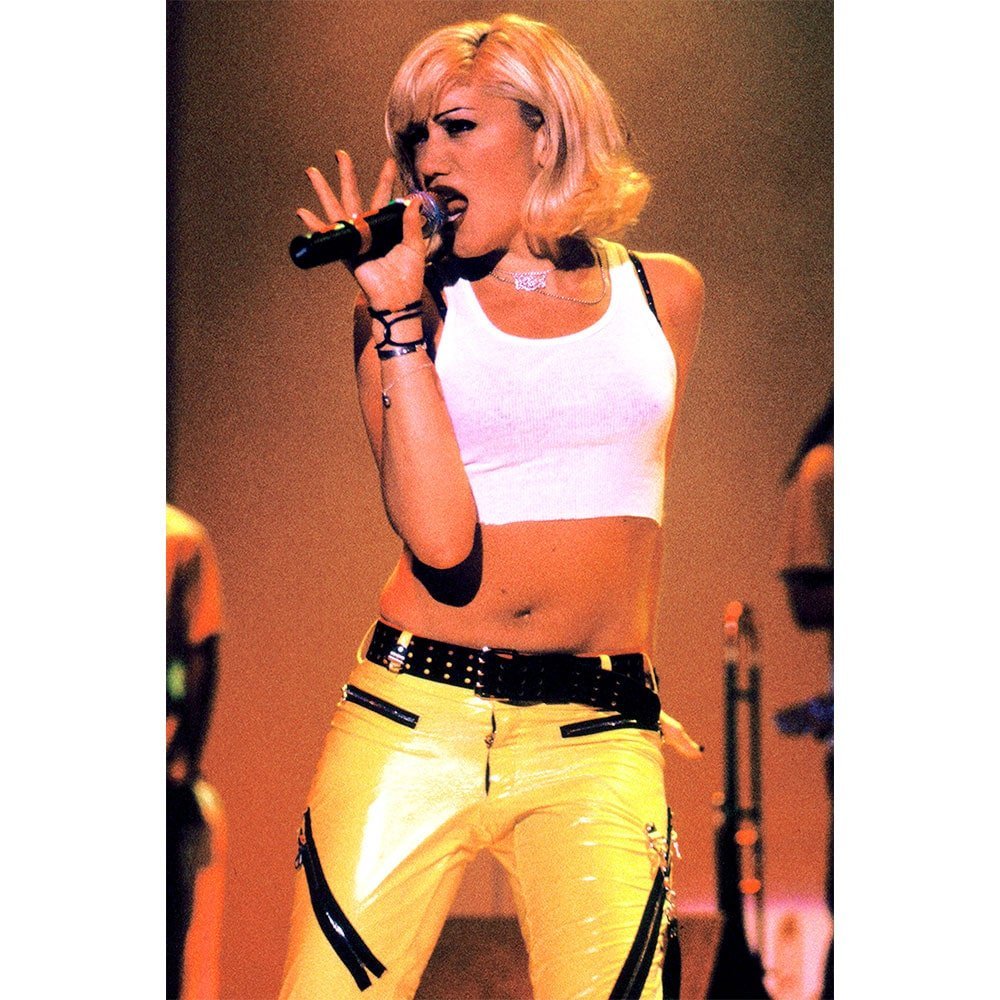 A sheer dress, hair in space buns and an innocent smile – a young Stefani making a point as the ultimate 1990s cool girl everyone wanted to be. 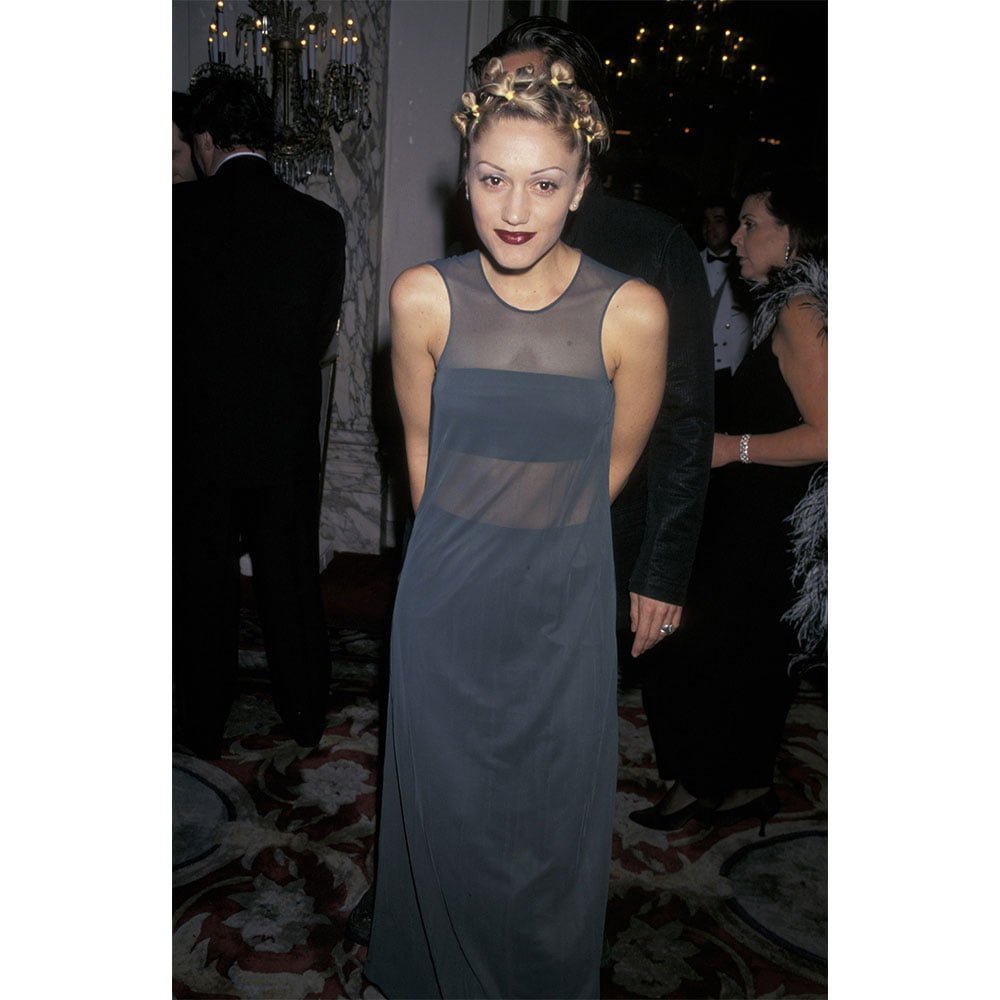 If you’re going to go for the blue fluffy bikini top for the VMA’s, it would be rude not to dye your hair a matching colour… 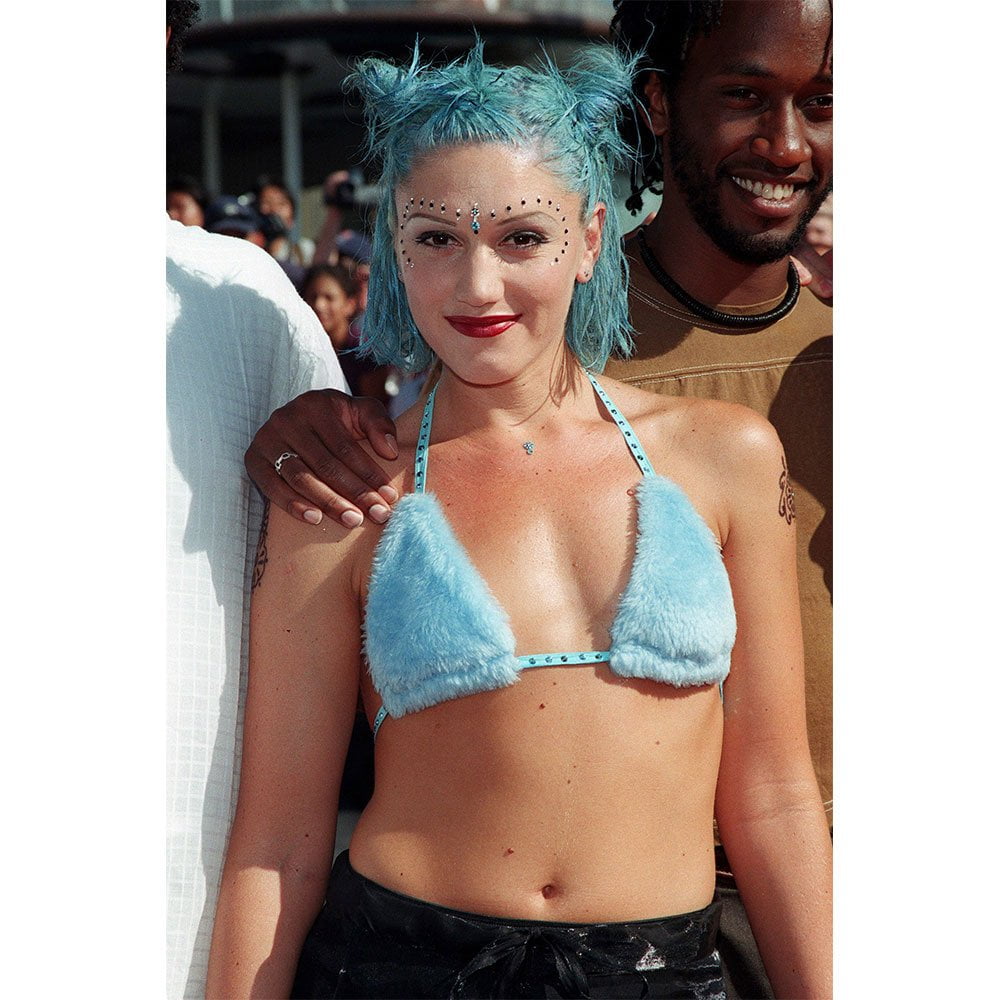 What better way to celebrate a newly released single, but with bedazzling its title on your hip, along with a thong and temporary tattoo. Iconique indeed. 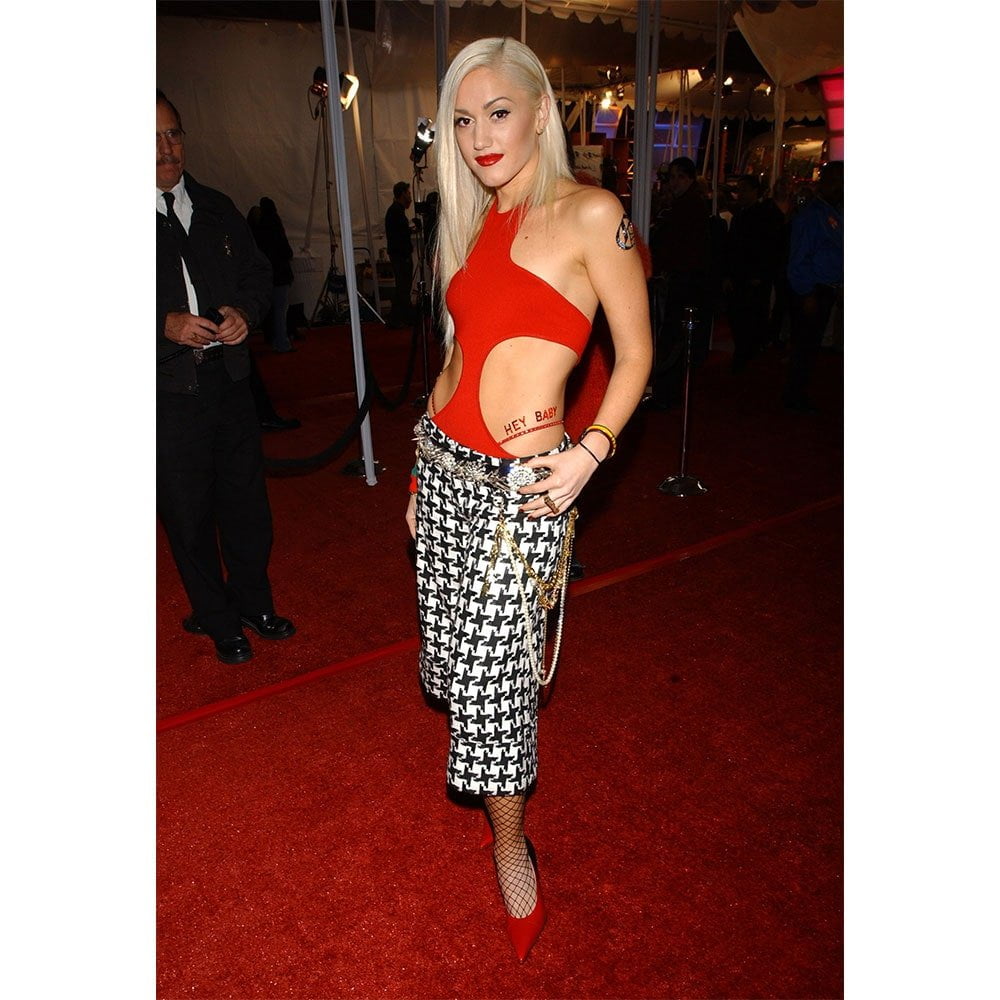 No doubt about it, a bikini top and tie is the party combo that needs to come back. 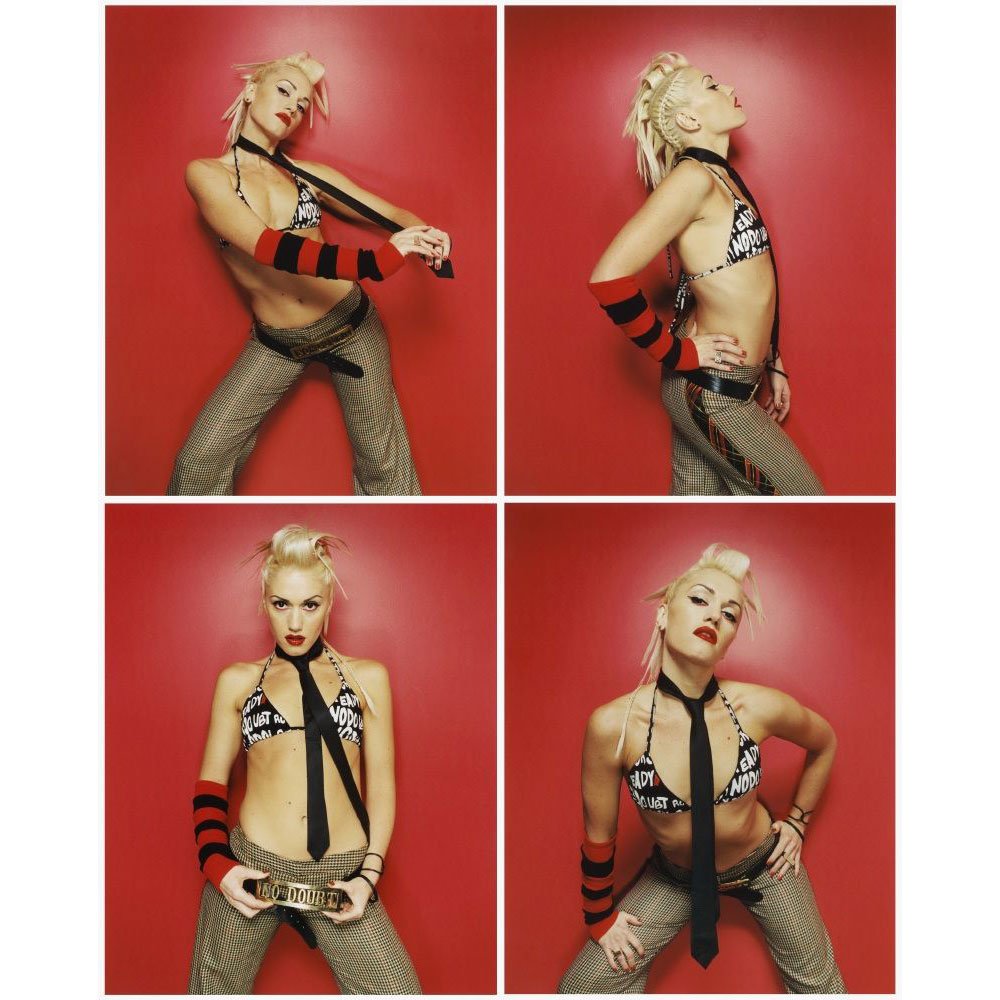 “Too much,” has never been part of Gwen Stefani’s lingo. Yes she will clash fishnets, pirate pants, chains, and houndstooth, and look pretty darn good while doing so. 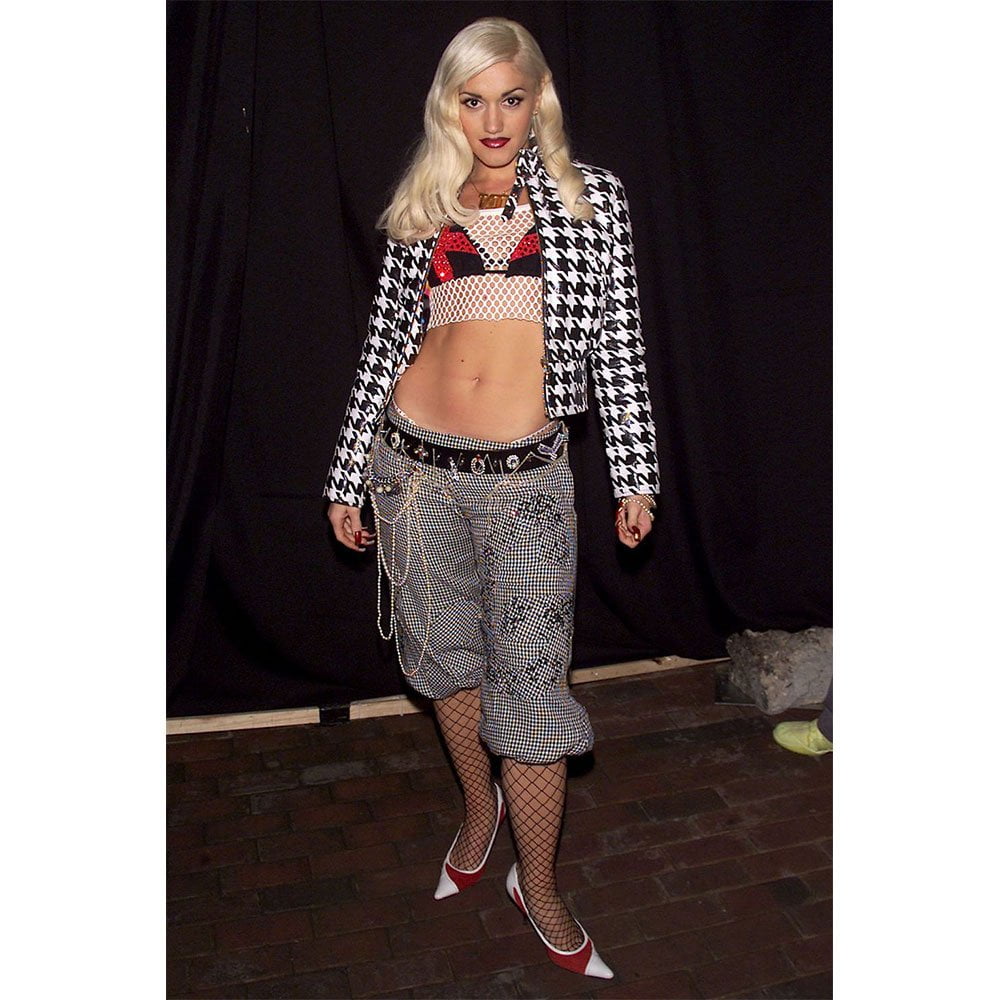 Getting Married to Gavin Rossdale in 2002

You couldn’t expect anything less from Stefani but to marry in a pink ombre wedding dress. A custom, hand-dyed Christian Dior by John Galliano gown was museum-worthy – and ended up as one of the highlights of V&A’s 2014 exhibition, Wedding Dresses 1775–2014. 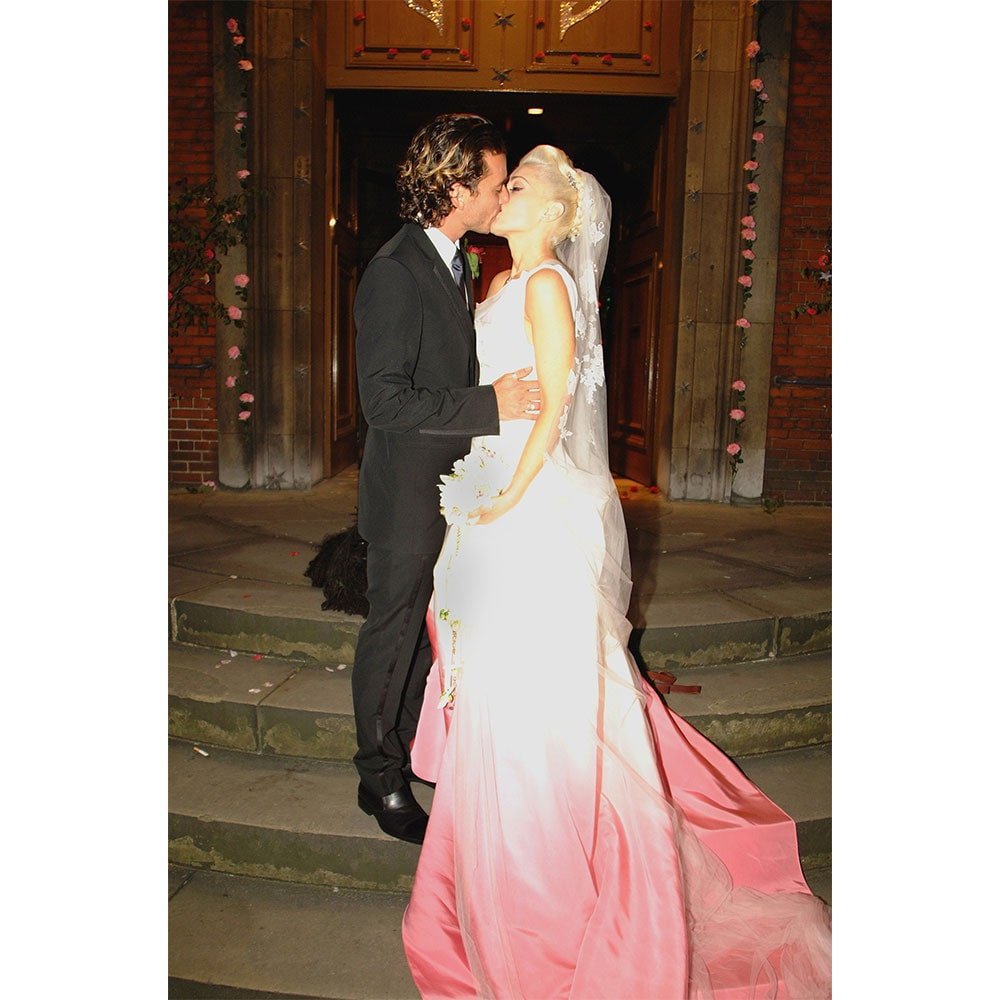 What You Waiting For? music video in 2004

Queen Stefani served all the looks in her What You Waiting For? music video, once again trusting John Galliano to create a whole video wardrobe making us want to fall down a rabbit hole. 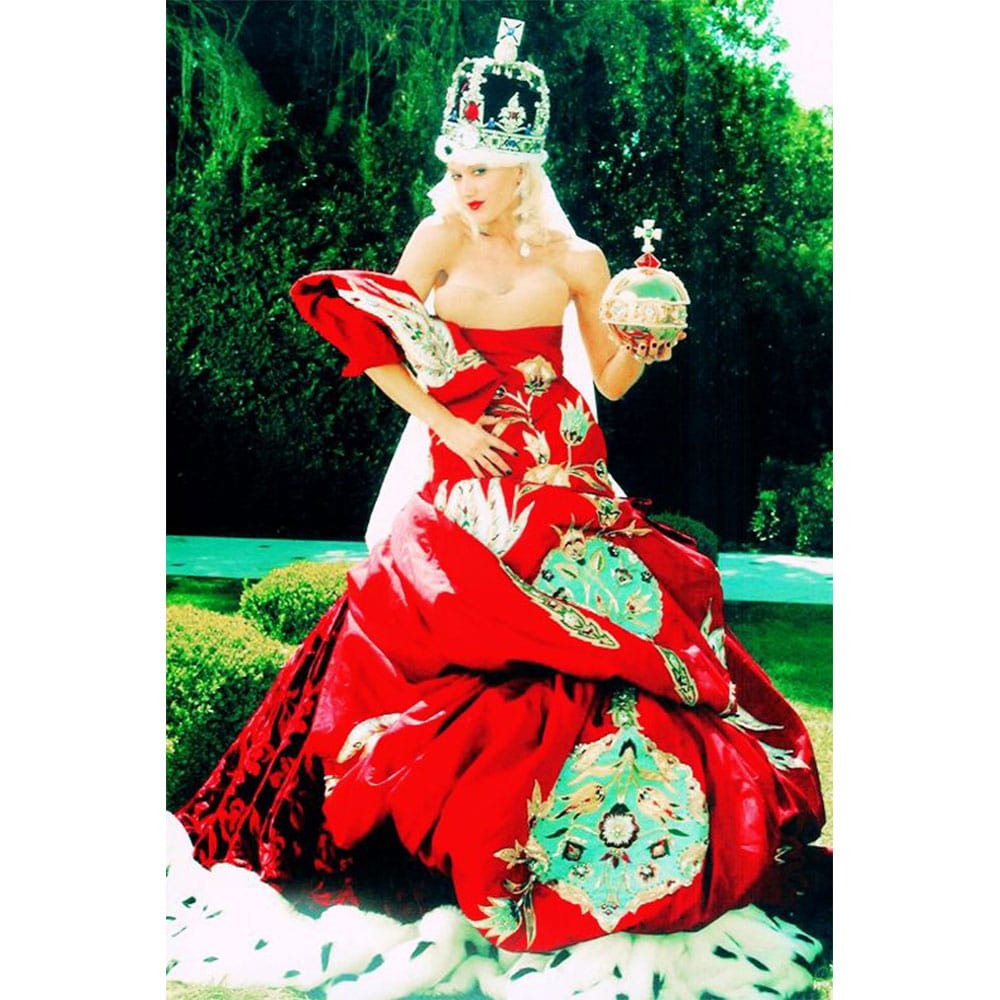 Rocking her own label L.A.M.B., this monochrome tracksuit defined the meaning of Hollaback Girl and a noughties bonanza we’re more than ready to come back. 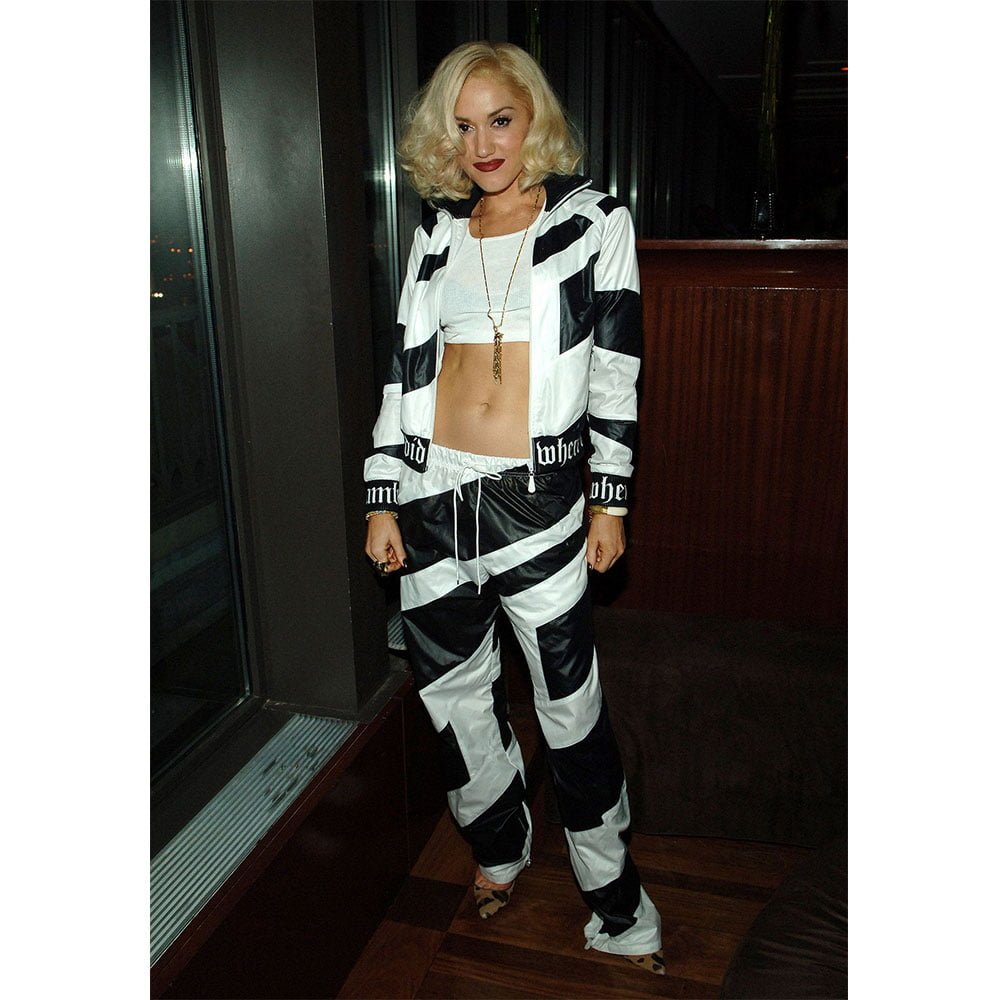 She’s still got it… A Vegas showgirl-inspired Moschino ensemble made a statement appearance at the Met Gala as the epitome of campness, done the Stefani way. 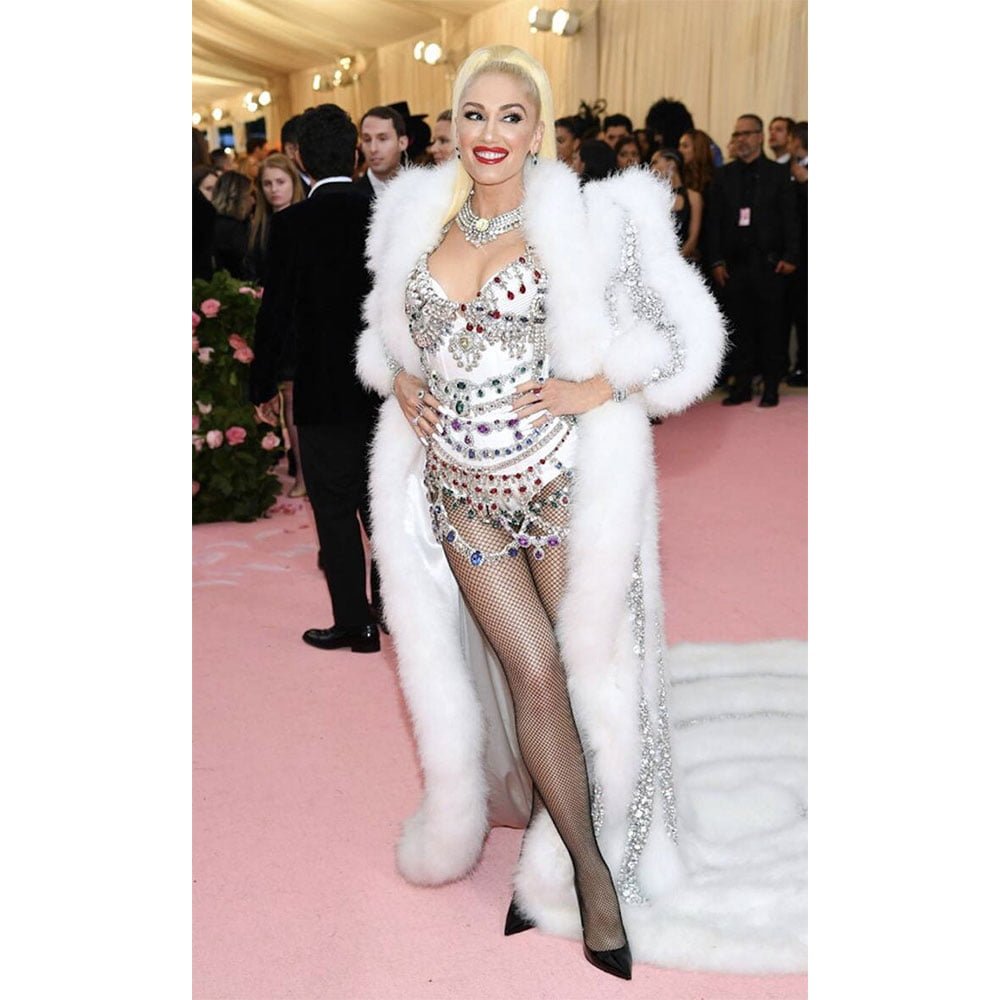 Ten Tips on Being Camp, In Honour of the 2019 Met Gala