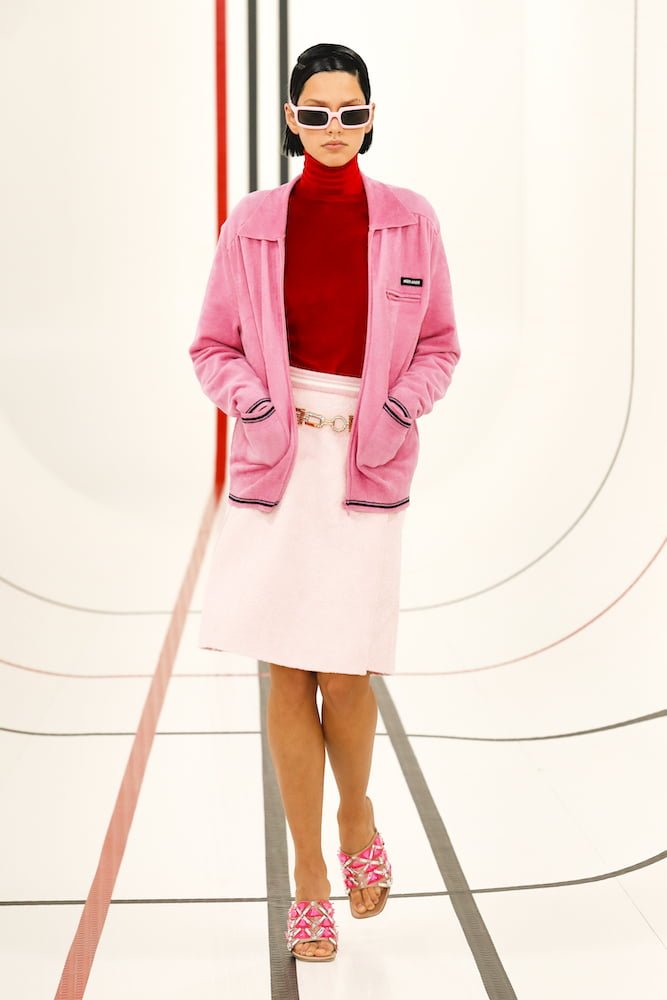 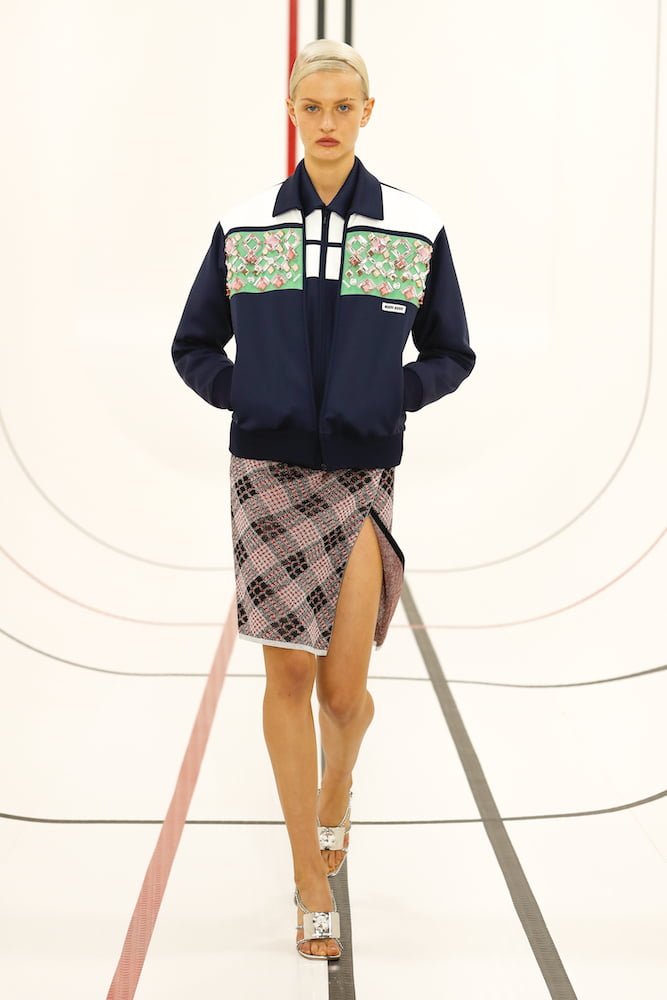 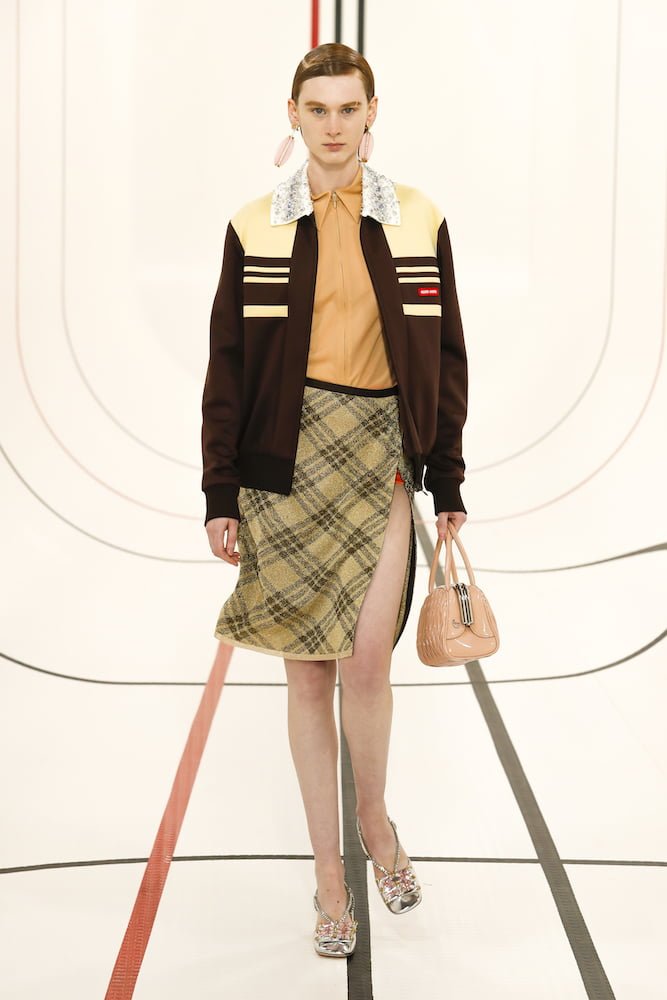 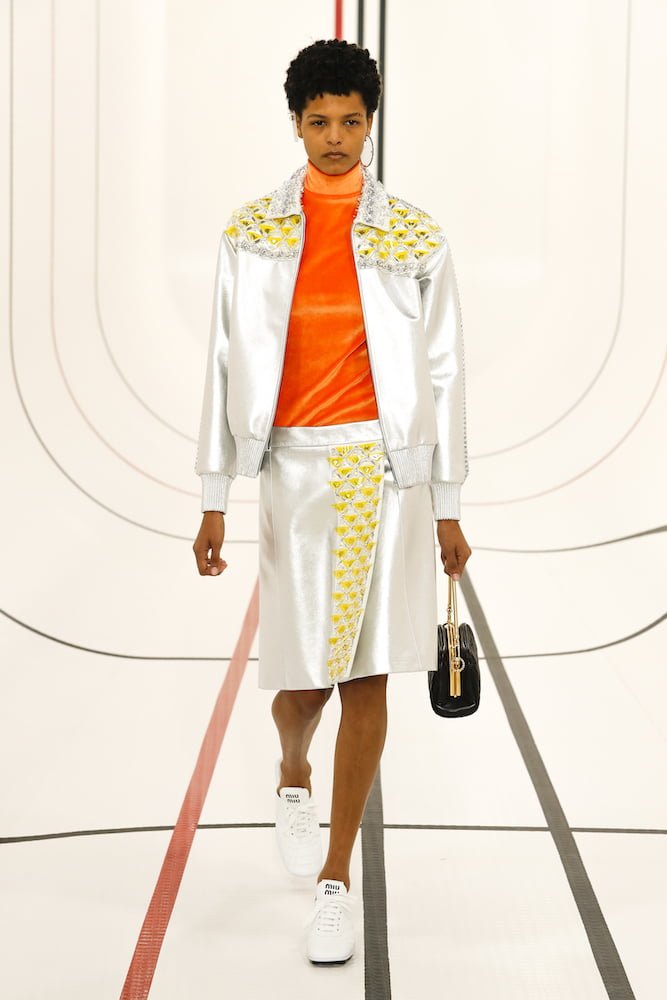 Football crazy, Miu Miu mad. This afternoon, Miuccia Prada presented her much chicer alternative to the Premier League. Teaming up with Dutch design studio AMO, the designer mocked up her own sports palace – swapping astroturf with hot pink foam and replacing a crowd of footy hooligans with a virtual front row that included Chloë Sevigny, Susie Bubble and Joanna Lumley (pretty iconic, no?), who all watched via giant Zoom screens plastered across the walls.

Out first came Lila Moss – making her catwalk debut – who wore a fitted blazer paired with a crystal-embellished mini skirt. The modern-day Miu Miu muse appeared twice more, once in a baby-doll dress with a lemon yellow bow, before changing into another crystalised mini and halterneck combo. Mrs Prada wanted to explore the “mutual language of sport and of the fashion show, finding parallels in these two forms of spectacle.”

The cross-pollination of sportswear with fashion – an obsession of the designer throughout her career – saw seventies athleisure silhouettes bulldozed with a helpful dosage of glamourous evening wear. Think velour two pieces in aquarium gravel blue which peaked beneath chiffon slip dresses; structural track tops paired with low-slung, matching bottoms; even a series of footy boots that evolved into kitten heels. The whole look gave us Edie Sedgwick coming straight from a game of five-a-side, if she skipped The Factory entirely and went clubbing with a naughties socialite instead. If every football match looked like this, we’d be first in line for a season ticket. Miu Miu sports, it’s in the game.