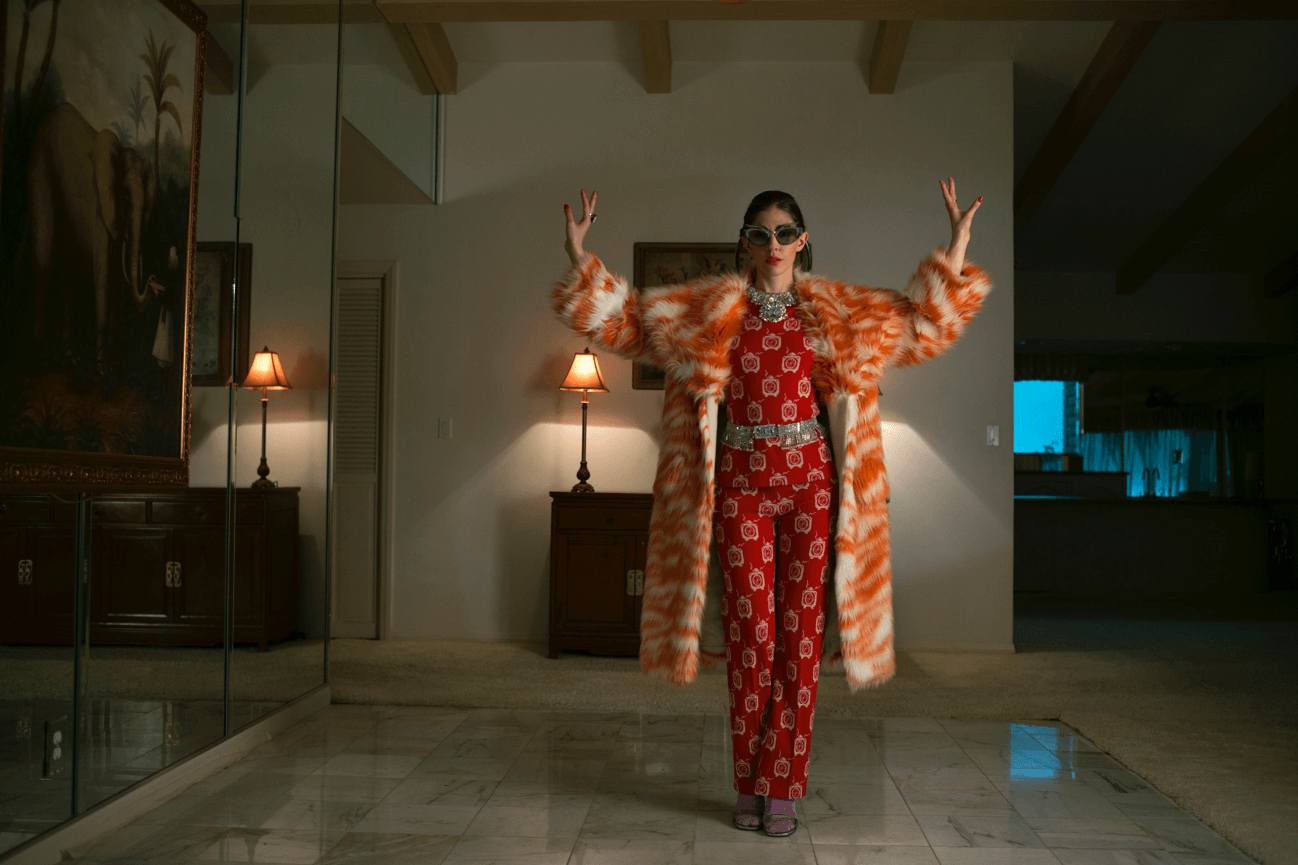 Miu Miu’s brill film series, Women’s Tales, is back with its 14th instalment, the latest short film premiering at the Venice Film Festival this evening. Bringing together in female directors and artists who, over the years, have each been tasked with interpreting Miu Miu’s latest collection through a mini movie, this time they’ve drafted in the incredible dancer-slash-choreographer-filmmaker Celia Rowlson-Hall – and we love a woman who wears multiple hats, especially when one is a Miu Miu fun fur chapeau.

The teaser for the short film, entitled (The [End) of History Illusion] – which you can view on miumiu.com – has a bit of a 1950s informercial feel, opening with the line “we understand this political climate has turned your world upside down.” Very apt. A fab woman decked in head-to-toe AW17 then starts to give us a tour through what we are told is a “luxury underground home”… and, well, thats where the trailer ends. We want more – what exactly does a luxury underground home look like? Does it come stocked full of gorge Miu Miu bits? If so, yes please.

Celia said of the inspiration for the film: “I wanted to explore commercialism in the face of fear, creating a spectacle to distract and entertain, an escape from our present day reality.” She knew the perfect readymade setting: a Cold War-era, Las Vegas nuclear bunker, which was shaped into a picturesque family home, designed to survive a nuclear war for an entire year. “When I saw the new Miu Miu collection,” says Rowlson-Hall, “and there was something about the textiles and colours that made me want to create characters which could come with this space.”

Prada To Show A Resort Collection In Milan