If You Wannabe My Loafer: How London’s Designers Anticipated The Return of Patrick Cox 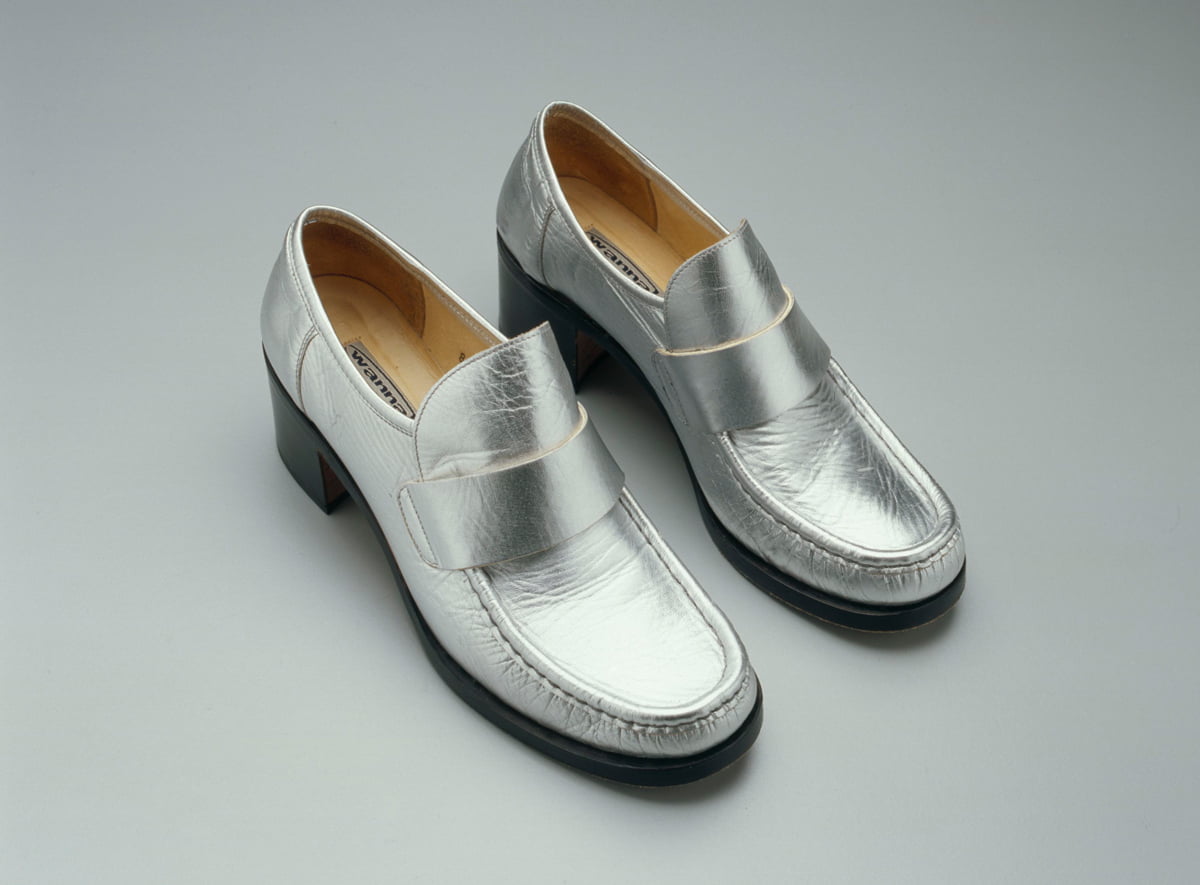 Before the madness of London Fashion Week Men’s commenced, the master of the chunky loafer announced his return. This coming Autumn, as Womenswear Daily reported, Patrick Cox will be back on the shelves of department stores – that’s the brand, not the man.

Despite being away from the spotlight for over a decade, since he sold his namesake brand in 2007, the influence of Patrick Cox never really went away. At the peak of his business, people were queuing for their Wannabes after seeing almost every celebrity wearing a pair. Michael Jackson, Boy George, Vicky B – these iconic shoes transcended style and create a decade-defining silhouette. Exactly four year ago, Cox tried reviving his fame under a new brand called Lathbridge, but it didn’t work out as planned. It’s all about being at the right place, at the right time, and a seasoned man like him doesn’t give up so easily. Remember – Cox first got his start after being a party fixture while studying at the Cordwainer’s Technical College, after being scouted by Vivienne Westwood. “I first met Patrick when I was a buyer at Browns in the early 90s, and he came in to show me his shoes, which I loved, they were so unique, and felt hand-made and lovingly crafted,” Mandi Lennard remembers.

Created for the diffusion line for his brand Wannabe, the signature Cox silhouette that took his business to the next level was a loafer with a chunky heel, reminiscent of the 1970s disco platforms worn inside Studio 54 but streamlined for the club kids of the time. Square-toed, wide and just slightly awkward – it was the shoe you could dance in all night long, and then walk home too. Years went by, decades changed, and so did fashions – Cox tried to keep up with the times, but never really matched the success of his loafer. When Alessandro Michele got behind the reigns at Gucci, he quickly popularised a similar shoe silhouette, remaking the Italian house’s signature shape but making it a bit chunkier, like a hybrid between their original one and the Wannabe. And for those who couldn’t afford the Guccis, the rising resale market offered the old, worn-in pairs of Cox’s loafers. It didn’t take long until the rest of the world caught up, making the prices of these forgotten shoes and their new variations rocket high into collectibles territory. Remember those shoes Andrea got shamed for wearing on her first day at Runway in The Devil Wears Prada? I bet she’s still gutted she had to chuck them away in place of the Dolce & Gabbana black sling-backs.

Why is now the right time for Patrick Cox to relaunch? This past weekend, London’s hottest fashion names showcased their visions for the SS20 season. There was plenty of things to look at and analyse, micro and macrotrends to take away and think about. South of the garments, there was one clear thought though – square toes, thick soles and block heels extending the silhouettes and making a statement. Patrick Cox was back – officially. 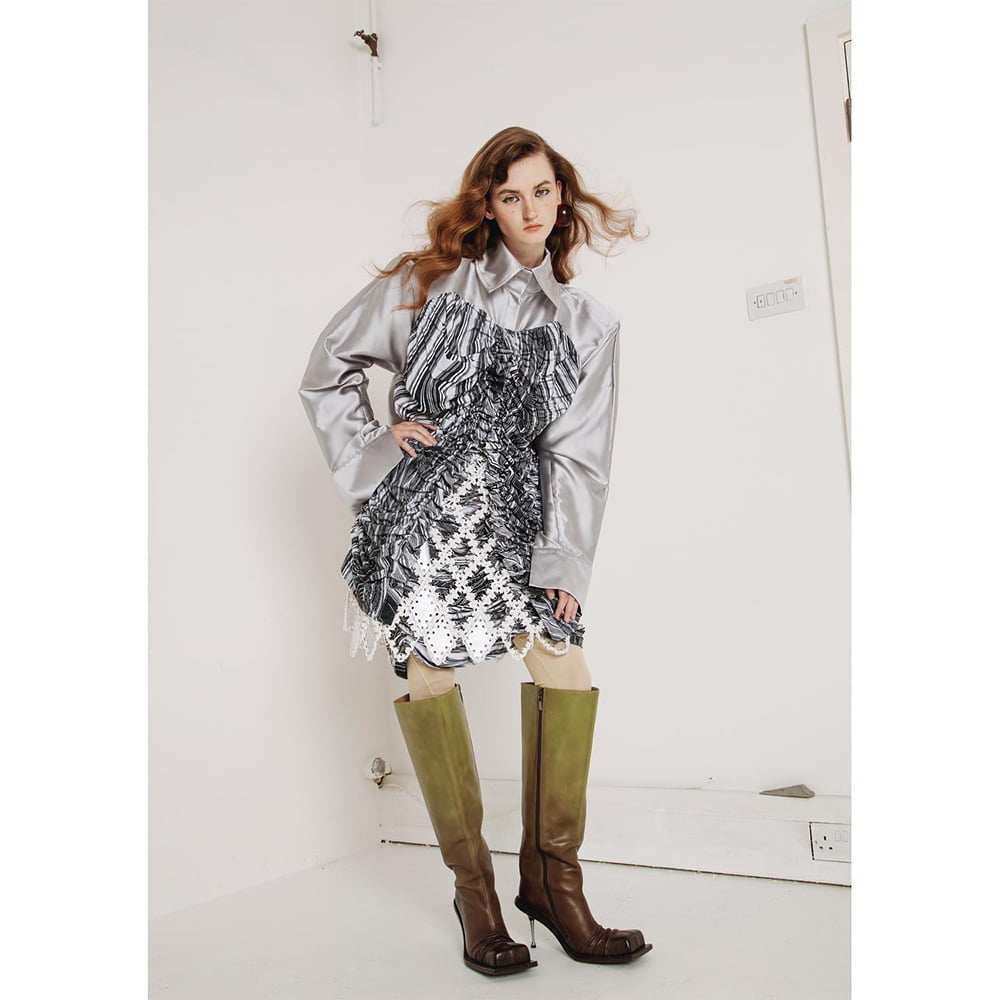 Even before LFWM kicked off, the CSM students predicted the comeback. “Seeing the recent Central Saint Martins BA graduate show was a clear indicator of the timing and return of the square toe shoe and Patrick’s 90s vibe,” Lennard tells us. One of the runners up for the L’Oréal Pro prize, Fidan Novruzova brought the 1980s glam through some op-art fantasies. Blown-out dos and looks that could – if you squint really hard – look like they came straight from a set of Santa Barbara. But the shoes? Wannabes on acid, ruched and in a variety of shapes, Novruzova created her shoes in collaboration with Trenwood. 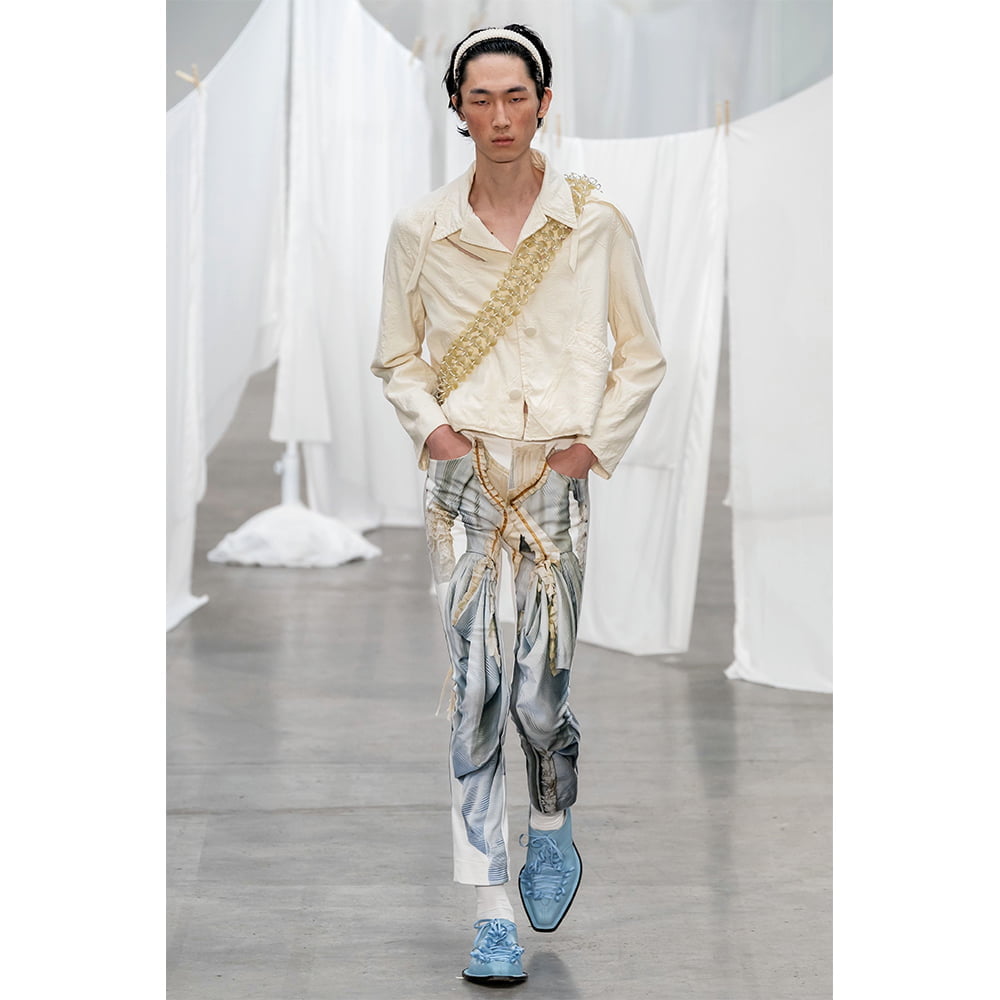 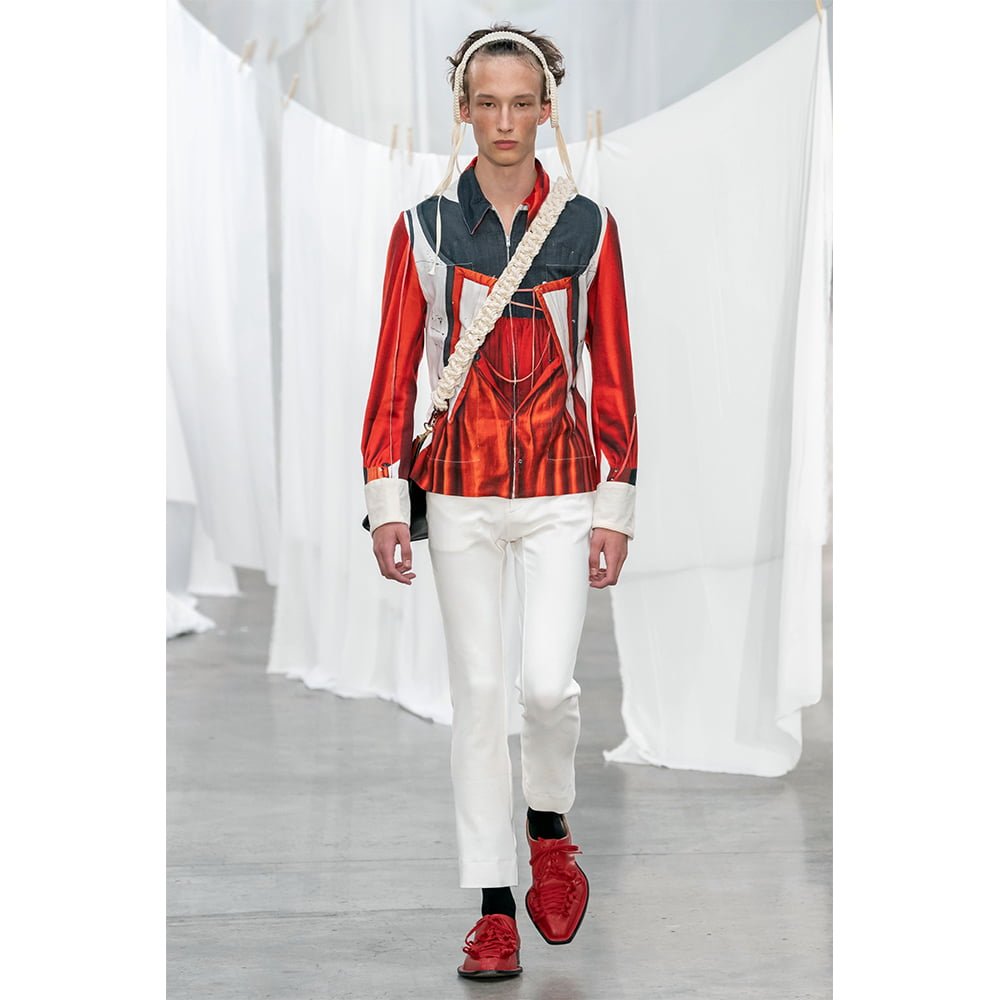 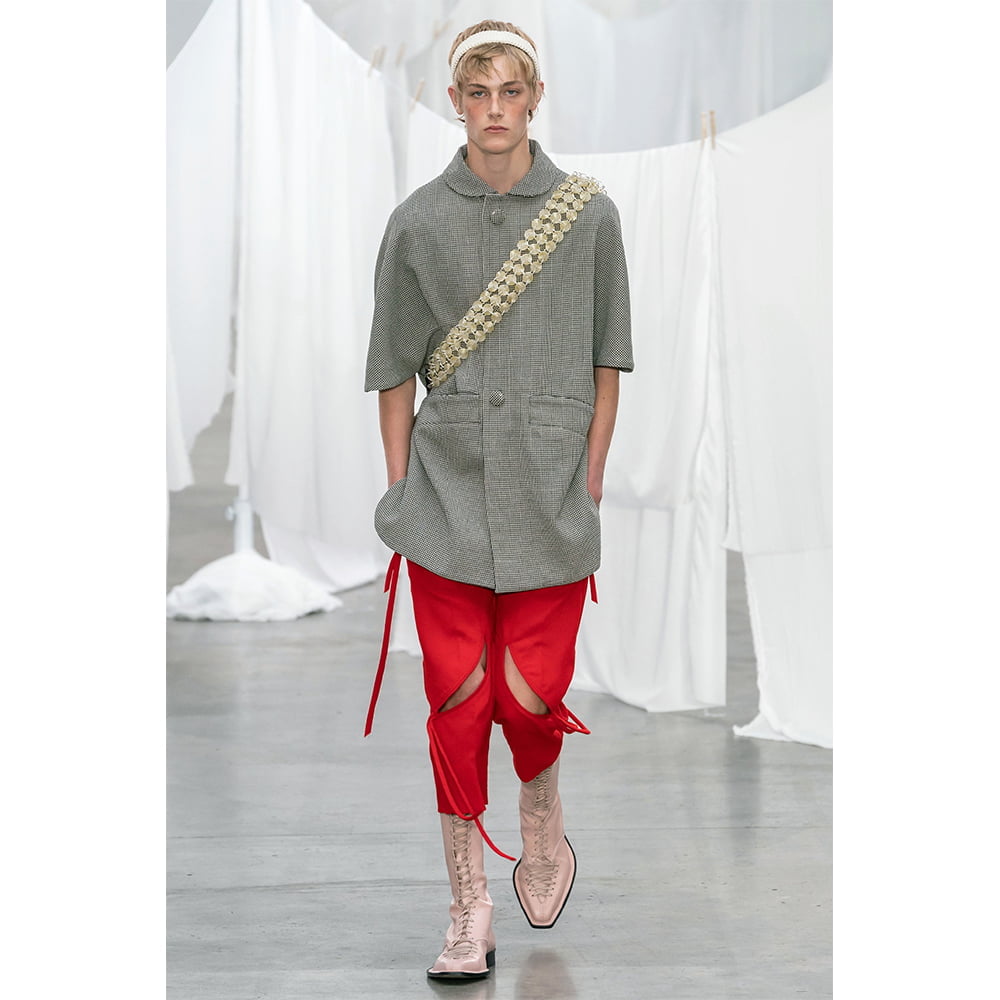 A clear standout moment from this past weekend came courtesy of Stefan Cooke. First solo show after three seasons with Fashion East, Cooke and his partner Jake Burt brought a romanticised vision of menswear we don’t see often. In collaboration with Amsterdam-based shoe designer Marko Bakovic (who also worked with Charles Jeffrey on his Doc Martens for the season), they created corseted brogues and boots which completed the looks. “It all really started by researching the construction of archetypal menswear styles like derbies and oxfords, as well as the idea of having a single element from these classic menswear shoes taking over” Bakovic tells us about his process over email. It’s the refinement of Cooke’s looks that wowed, a complete, head-to-square toe vision by an emerging name. The connection between the clothes and the shoes was this outlandish spirit that went beyond just menswear. Bakovic explains: “I wanted to create a men’s footwear range which plays with femininity and flamboyance, whilst retaining a certain flair of masculinity, and not making them a caricature.” 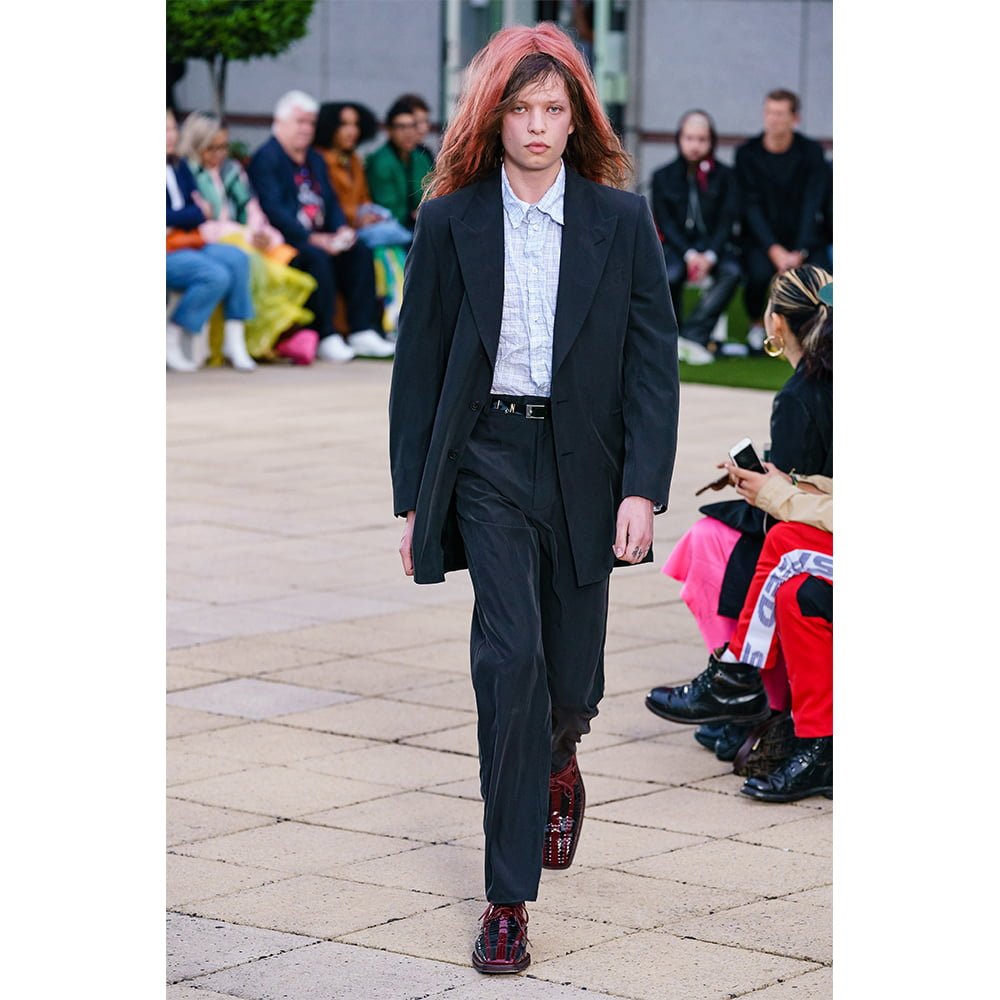 The comeback queen of the season was Martine Rose, who served her political messaging more directly than ever before. What before was layered in metaphors and secret meanings was now printed on T-shirts and translated into sinister beauty looks. Rose’s satirical take on Promising Britain included purposely yanked up coats, jackets worn inside out and some real dad shoes, now sexed up into streetwear staples. In collaboration with Six London (the same company Cox is relaunching his own brand with), Rose has been reinforcing the oversized loafer silhouette for several seasons now. For SS20, they are less elongated, but still a dominant shape, grounding the baggy cuts on top. 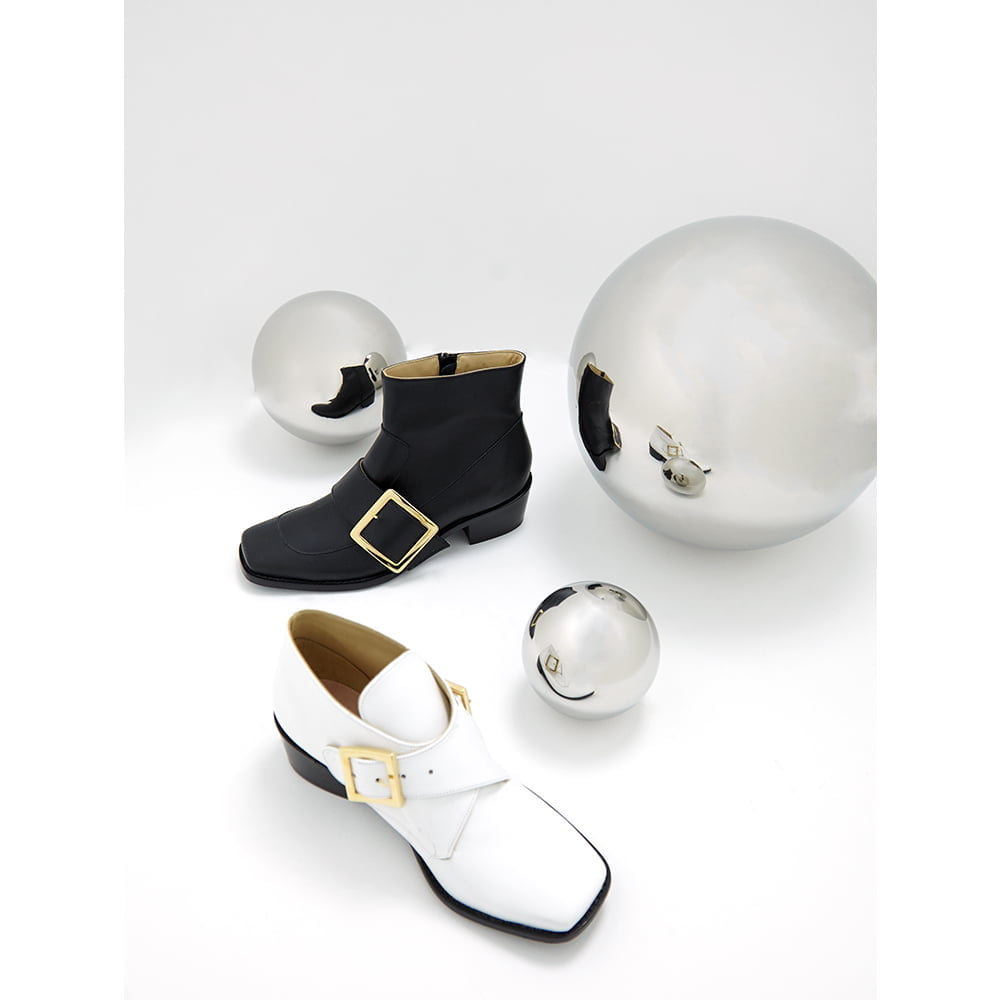 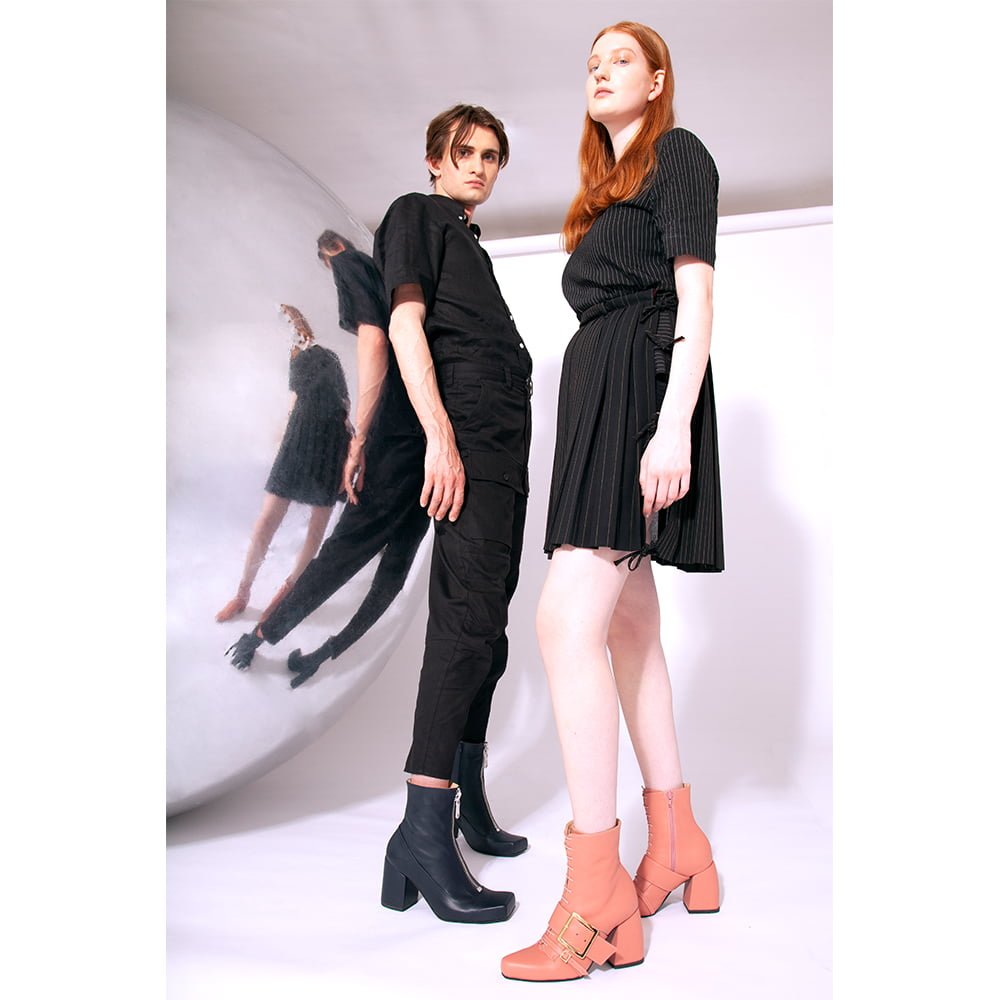 When talking about the new generations of British shoemaking, it would be a sin not to mention Roker. Ran by Alim Latif, who first trained to be a scientist, the brand was awarded the annual NEWGEN initiative by the BFC this year. Having established himself as the go-to collaborator with emerging names of the London scene, Latif now focuses on creating a world of his own. Shown as part of the London Showrooms at the Truman Brewery over the weekend, Roker’s SS20 collection was filled with classic silhouettes updated through a heavy, sculptural base. “I look at artists such as Antony Gormley and Rachel Whiteread,” Latif tells us about his inspirations, before continuing. “Growing up in the North East of England and having the Angel of the North on my doorstep meant I couldn’t not know who Antony Gormley is. It was in fact his Blockworks series that was the inspiration for a lot of the shapes I use and I first saw one of those pieces in Naoshima, Japan.” Clearly referential of the classic British shoemaking which Cox subverted in his heyday, what does Latif think of his timely comeback? “There is a generation of people who know and love Patrick Cox but there is also a younger generation who are not as familiar with his work, but who can discover it now.”