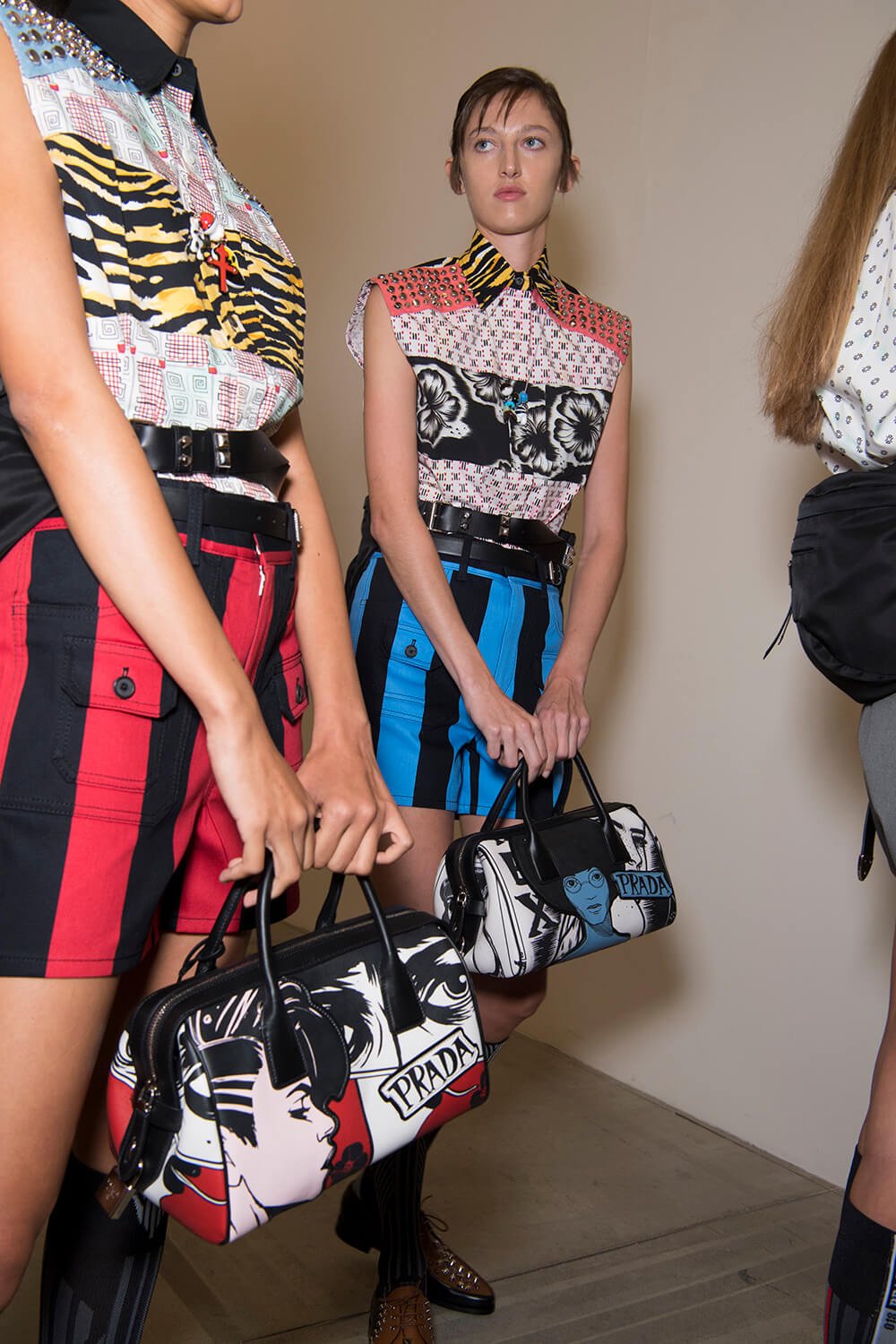 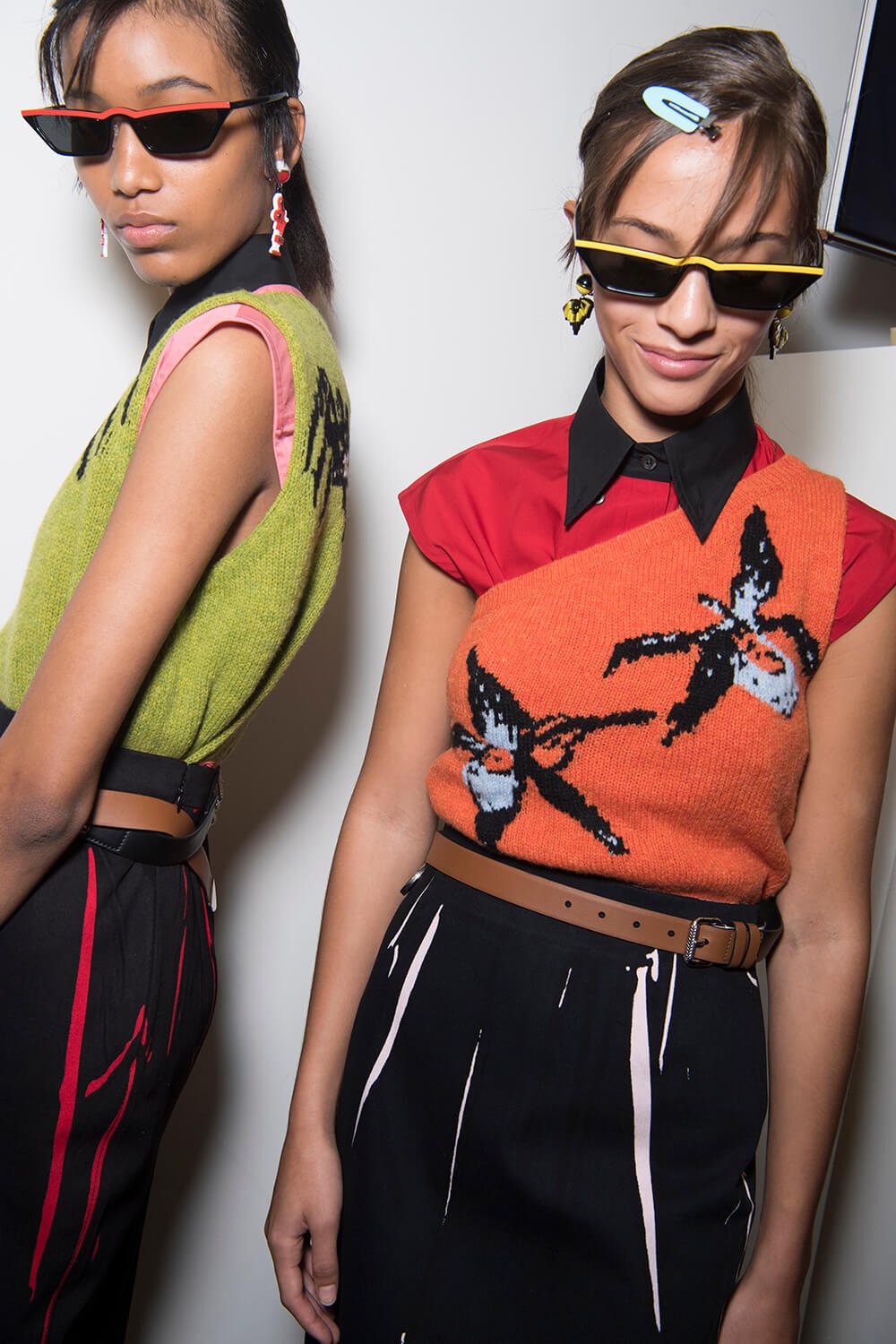 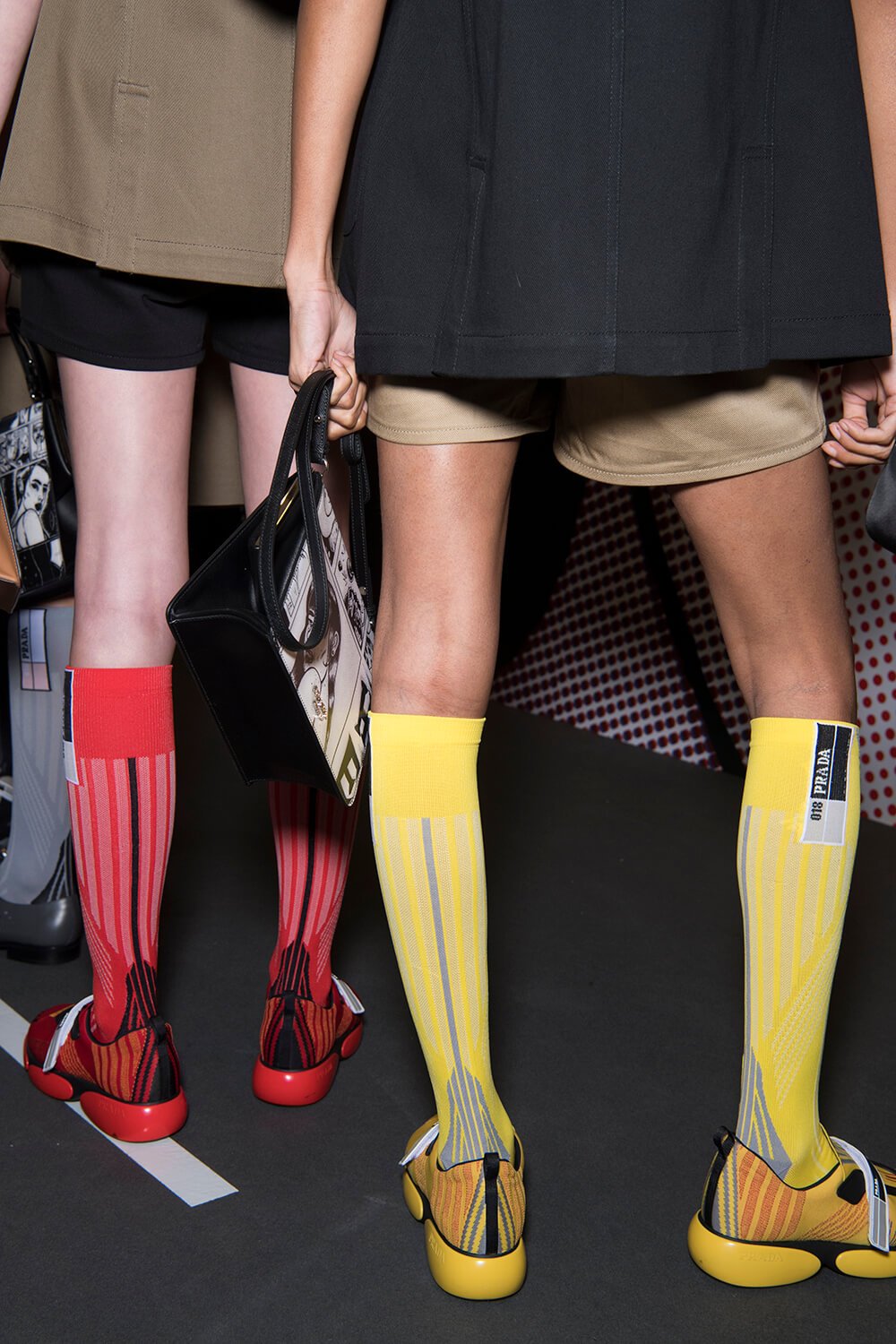 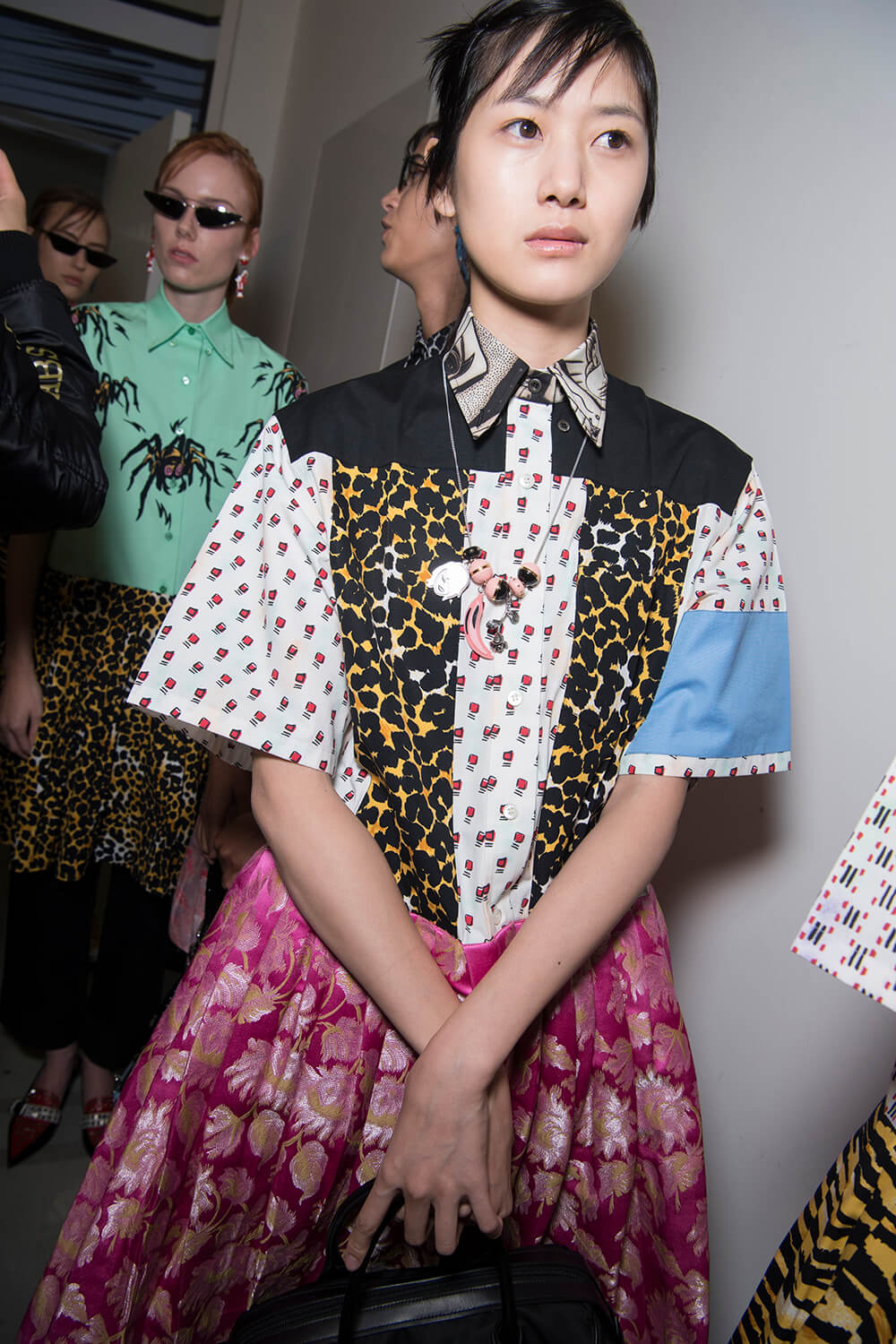 Face Milan-wards and pray. PRAY. Your new season wardrobe has, just moments ago, been decided by Miuccia Prada, because today was Prada womenswear show day, a day of such fashion-barometer-like-importance that we celebrate it as a holy day here at the Towers. We might sacrifice Garth later. Or a goat. Consider this one, Miuccia’s SS18 outing, a part deux of her menswear show earlier this year – certainly in decor – comic book illustrations, part-Lichtenstein, part-Manga, lined the walls of the show space. They were created by all-female artists, one of them choosing to depict Tarpe Mills, the creator of the first female action hero. Tarpe invented women that were tough and complicated – and, when it comes to fashion who does tough and complicated quite as well as Mrs P? So today’s girls were harder than their Cruise counterparts earlier this year – I hesitate to use these word, because it generally refers to something entirely heinous – but could we call this a bit… rockabilly? It was something about the shoes, studded, creeper-like, worn with Beetlejuice-y striped shorts – not quite punk – shirts buttoned up with the collar, some sleeveless, made from slices of kitschy leopard and tiger-print cotton, studded belts worn double. A nod to the fifties silhouette too – pinched high waistlines, round-shouldered overcoats, and, towards the end, skirts dotted with cartoon prints that flared A-line towards the hem. It lent a Prada-sweetness to it all – so too the pastel jacquards, that wrapped around the body into a strapless corset that ended on the waist with an origami bow, or the baby doll dresses that sat baggily over sleeker shirts and trousers. I mean there’s much more to unpick – look closer and there’s a multitude of details that you just have to see close up, and enough to keep you interested for hours. And, more importantly, make you want to buy. Obv!