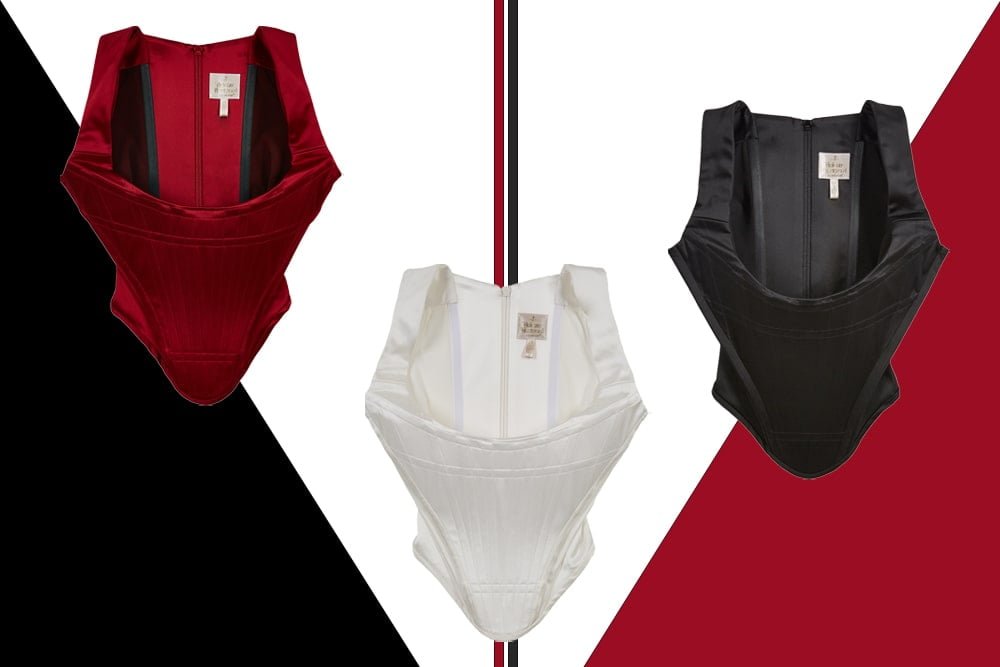 Hold onto your breaths, boys and girls – the legendary Vivienne Westwood flat corset is back, back, back again! Based on the original Statue of Liberty corset, the piece was first introduced as part of the almost mythical autumn/ winter 1987 collection Harris Tweed. The show, which has since become one of those fashion moments that are always discussed in history books, morphed the modern vision of Westwood as we know her today – including tartan suiting, chunky platforms and royal references. Using the traditional technique of flat corsetry dating back to the Elizabethan era, the Queen of Punk subverted the original meaning of the piece and reclaimed the power of what once was as an archaic consideration of a woman’s body. That’s exactly why this re-issue seems particularly timely – amid the next wave of feminism where the individuals are celebrated for being able to interpret their bodies however they wish to, Westwood’s corset seems like a power tool of tomorrow.

After continuously being featured as part of the brand’s Gold Label collections throughout the 1990s and becoming a truly iconic piece of fashion, just like a Chanel tweed jacket or a Dior saddle bag, the Vivienne Westwood corset now comes available in three different shades of shiny satin – deep wine red, bridal white and coal black. All three colourways are currently available from the brand’s own boutiques in London, New York, Paris, Milan and Los Angeles. Consider this an investment into a brighter future – if not your children, the Depop-ers of tomorrow will be grateful for buying this wearable piece of art.

10 Questions with Bicep, Ahead of the Duo’s Global Stream from the Saatchi Gallery

Pucker Up, Chanel Has a New Lipscanner App